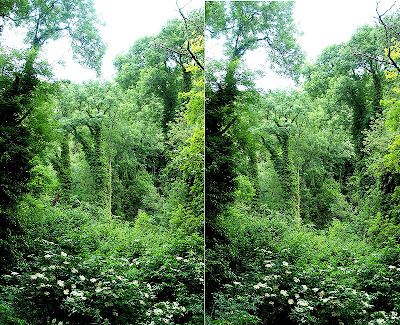 I mentioned the Lyme Regis Undercliff here previously (see Seaton, slips and Sabine Baring-Gould); subsequent to this, Clare and I finally walked the South West Coast Path section that runs the length of the Undercliff.

Despite the book and film of The French Lieutenant's Woman, and even the many online guides and photographs, the reality of the landscape came as quite a surprise. Created by past and ongoing landslips, the Undercliff is essentially a south-facing forested ledge around seven miles long and at most a quarter of a mile wide, bounded on one side by cliffs down to the sea and on the other by a ravine and further cliffs to landward. The underlying terrain, rumpled by the landslips, I can only describe as chaotic, a mess of ridges and deep gullies, made even more difficult to negotiate by the thick coverage of woodland and lush undergrowth that has sprung up due to the damp soil and warm microclimate. It has been described as the nearest thing Britain has to a jungle, and this was an especially accurate description when walking it on a close, hot summer afternoon. We got through a litre of water each, and could easily have done with more.

What many of the guides fail to mention is the sheer variability of the walk. The landscape varies from moment to moment between open woodland, dark gullies where nothing grows but hart's tongue ferns, and huge overgrown glades smelling of wild garlic and elderflower, with clear vistas back to crumbling chalk cliffs. The path itself switches rapidly between easy forest path (at one point even opening out into a metalled drive) and, mostly, an exhausting succession of ups and downs via slopes with slippery flints and small flights of log steps. It's definitely, as generally described, an arduous and challenging walk - but a fascinating one. See the South West Coast Path official page.

Apart from the cottage ruins and occasional cliff views, both much-photographed, it's surprisingly difficult to give a good photographic impression of the Undercliff, as much of its charm is in its deep, layered vistas. However, for those who are comfortable with crossed-eye stereopairs, the 3D pair above is an attempt.

(We walked it from the Lyme end for convenience in getting home; Exeter buses are more frequent from Seaton. However, I recommend the other direction. At the Seaton end there's a rather draggy walk via Axecliff golf course and the dismal Axton end of Seaton that you might prefer to get over with at the beginning).

So here are the photos. I'm afraid they make it look like a gentle and level woodland walk. It isn't! 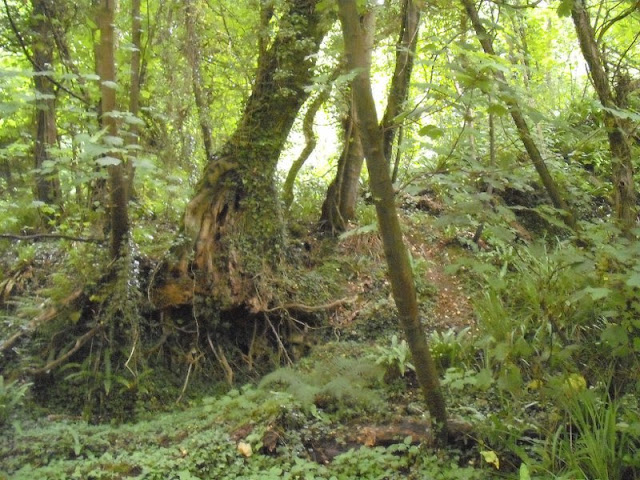 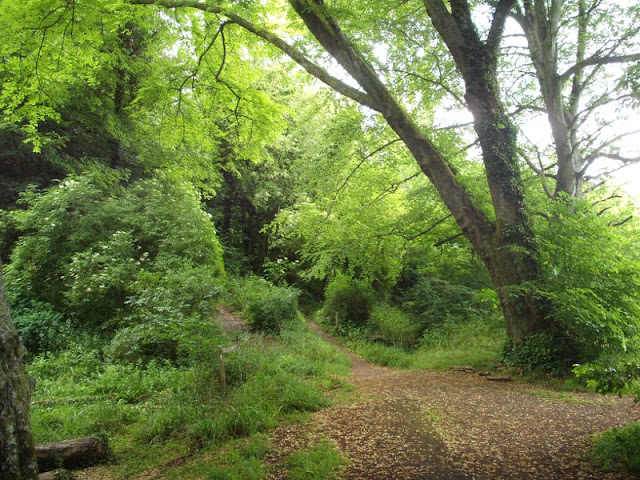 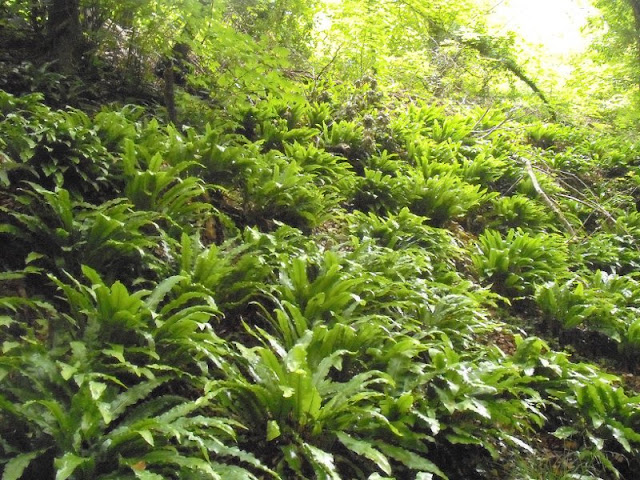 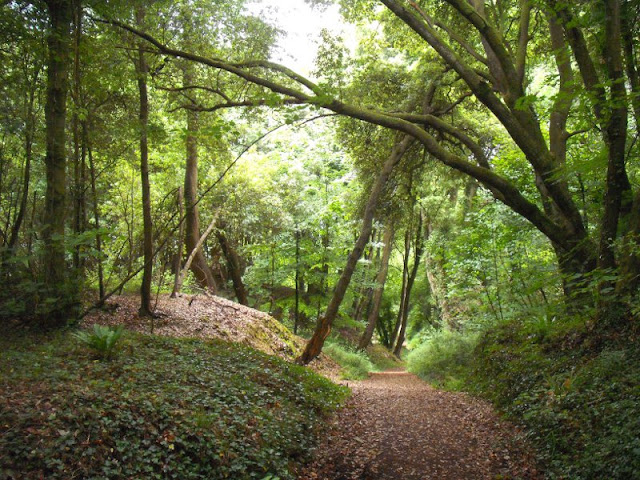 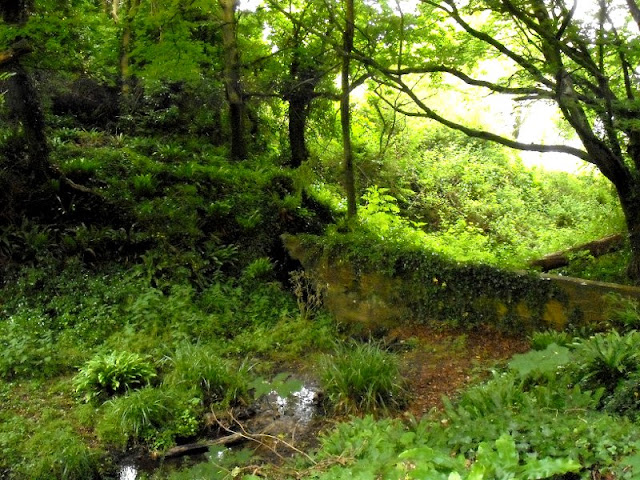 It was a strenuous but great walk. It makes an interesting comparison with the Isle of Wight Undercliff, as mentioned in the previous post The writer, the cancer-merchant, his eccentric wife, and the faux castle. Geologically the Lyme and IoW ones are very similar: landslip regions with harder rocks overlying softer clays. But the Isle of Wight Undercliff is generally broader and flatter, stabilised by a deal of Victorian landscaping. There's even a main road, Undercliff Drive, running most of its length. There are, however, two sections that approach the wildness of the Lyme Regis Undercliff. One is at the southern tip of the Island, between Niton and Blackgang - see Google Maps and On the lost road. The other is the East End landslip section between Bonchurch and Luccombe - see Google Maps. The latter particularly resembles the Lyme Undercliff, but handily compressed into a kilometre or so; see The Landslip - Bonchurch to Shanklin.


Addendum: see The Bindon Landslip of 1839 (26th February 2013), which links to a new Lyme Regis Museum scan of the geologists Coneybeare and Buckland's classic monograph on the landslip, an illustrated account of their visit shortly after it happened.

Addendum 2: see Undercliff - there and back again: 3D for a larger batch of 3D images taken on a revisit in August 2014.