Some oddments I've been meaning to share. I forgot to mention that on our recent Beer Quarry Caves day out, Clare and I had a brief look in Sidmouth Antiques Centre on All Saint's Road, Sidmouth. If you're into postcards, it has a very good selection, and I found a few of the Isle of Wight that took my fancy. None of them are dated, but the general terrain puts them in the very early 20th century. Click to enlarge any image.

The first shows the now-eroded-away Blackgang Chine. The near distance is quite bizarre in modern terms; you can see late-Victorian villas built on a ledge that even at the time must have been known to be unstable from the previous century's history of erosion. The building craze of the era over-rode all sense in that respect. The ledge was gone within a few decades, and now, likewise, everything in the foreground. The current cliff line truncates the row of houses at the right of the postcard. 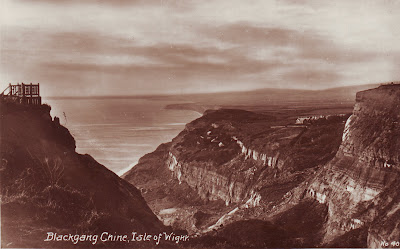 The second shows the old Blackgang-Niton Road looking east toward Windy Corner. It was a much-photographed location - see Isle of Wight Historic Postcards - but the cliff (centre) collapsed in July 1928, and this portion of the road no longer exists. 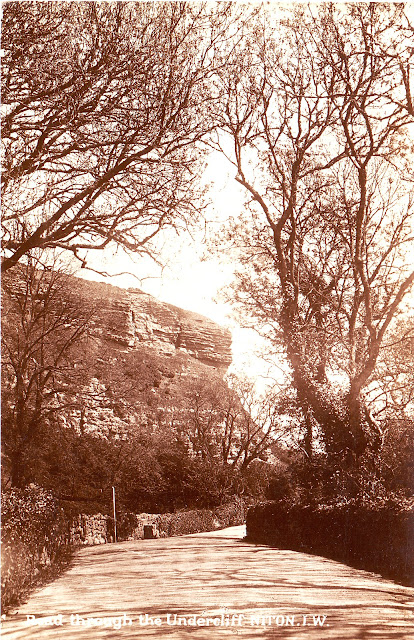 The third is some miles to the north-east, the still-extant Shanklin Chine, and looks up to the upper entrance booth. I took some photos in 2009: Shanklin Chine. 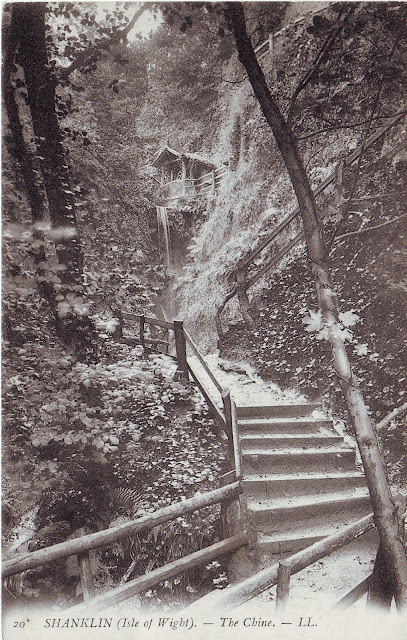 And on that theme, here are a few more photos of the Undercliff crags I took on our September Isle of Wight visit. Out of what I can only describe as sheer stupidity, I somehow managed to go through the whole visit not realising I'd got my camera switched into the lowest resolution mode (640x480); the images are fine, however, at web detail.

The path is one of several that run at the base of the cherty crags topping the cliffs: the rock wall on one side, and a sheer drop into dense woodland on the other. I guess it's not dangerous, but it's secluded and exhilarating. This is the Undercliff at its most evocative: what John Morgan Richards called "almost fairyland". 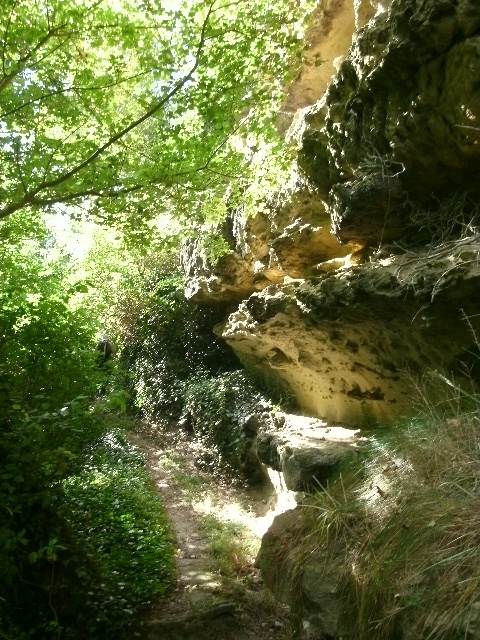 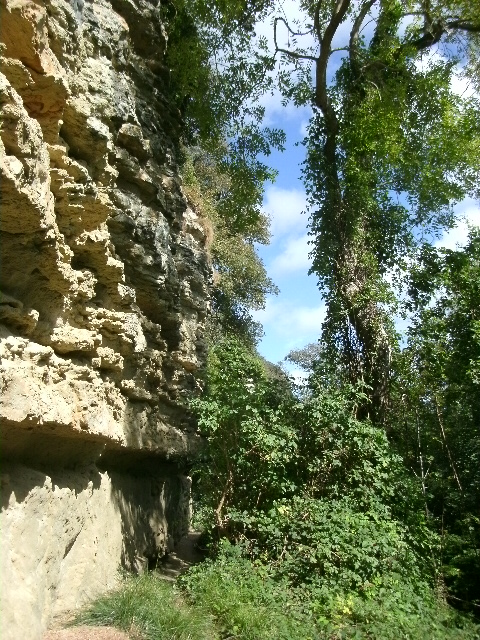 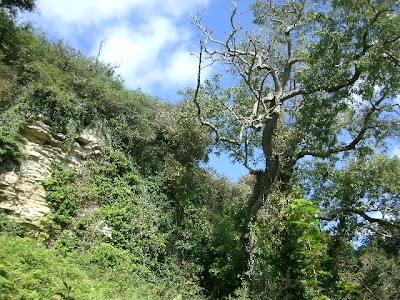 For once, I'd like to stay cryptic about the location - it's not the well-known Cripple Path at Niton, although the terrain and geology is identical - and offer it as a puzzle to Isle of Wight enthusiasts. It is a public right of way, and I was able to deduce its location for myself from similar photographs and the Isle of Wight County Council's excellent Rights of Way Maps. I've repeatedly found that solving a mystery adds to the pleasure of our visits, and I've had some great discussions with local explorers coming from a different perspective: mine is old maps and texts, and correlating these with ground exploration by others has produced some fascinating connections between past and present terrain.