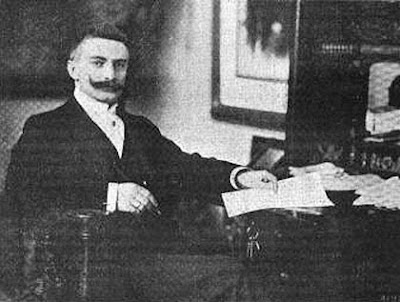 Department of Near-Forgotten Fads. Via discussions at Ptak's Science Books blog, I was just browsing the beautifully quaint ads in the August 1930 Popular Science, now with full view in Google Books, and ran into "Are You afraid to Face the Truth About Yourself?" (top left, here), advertising The Pelman Institute of America.

From way back I recall "Pelmanism" as one of the many names of "Concentration", a memory card game. But this alludes to a historical mental training and self-help system, particularly focused on memory development, of which this game was an integral exercise. It was named after Christopher Louis Pelman, who was apparently a British psychologist, though the sheer absence of sources outside advertising copy makes one almost suspect him to be a fiction of the documented founder of the Pelman Institute, William Joseph Ennever. More on this in a moment.

From its origins in the late 1890s, Pelmanism flourished in the early 20th century - the Pelman Institute could afford a number of full-page Times ads in 1919. Like similar modern advertising, it depended strongly on dubious celebrity citation. It claimed a following among professionals at the highest level, such as politicans and high-ranking military figures, An advert in Knowledge and Scientific News, February 1907 cited these endorsements:

Mr WT Stead: "I consider Mr Pelman a benefactor of the human race"

Rev EG Roberts, MA Oxon: "I prepare my lectures on Pelman principles, recalling them with ease.

Major-General Baden-Powell: "I am convinced a good memory can be obtained by cultivation"

Signor G Marconi: "I think that the development of memory is much neglected"


Judging by the shrinking size of the advertisements, the Pelman Institute's budget diminished after World War One, and it and its offshots finally fizzled in the early 1950s (Ennever himself was already out of it, having gone bankrupt in 1941 and died in 1947). It's an interesting saga with strong modern resonances. Psychological Subjects: Identity, Culture, and Health in Twentieth-Century Britain, Mathew Thomson, Oxford: Oxford University Press, 2006) has a section on Pelmanism telling how it obtained a strong establishment foothold and influential backing, due to offering a route to national efficiency during the critical period of a world war. The educationalist Sir James Yoxall MP praised it, writing an advertorial for The Times, Wednesday, Feb 13, 1918 - "The Will and the Way, Pelmanism as an educational factor". There were even proposals for every schoolchild to take the course, and for a "Ministry of Pelmanism". All rather familiar: it's the sort of craze like "Brain Gym" that Bad Science would cover nowadays.

This does leave us with the puzzle of who Pelman was and what happened to him. Marie Corelli's My Little Bit (1919, Internet Archive mylittlebit00coreiala) takes a sharp dig at Pelmanism, telling how she was offered - she refused - 50 guineas to write a promotional piece. She also gives an interesting aside that might explain the elusiveness of Pelman: the claim that he was German, and called Poehlmann. There are one or two online documents corroborating this, particularly this French monograph that calls him Christoph L Poehlmann, and this page, which calls him Christoph L. Pöhlmann, saying

Prof. Pöhlmann came from humble beginnings. His parents were German. He was born in the second half of the 19th century. Even as a student he was fascinated by psychology. He completed his studies in philosophy and psychology in England. Once he had promoted his ideas through books and publications, he founded the Institute in 1900 in London, together with John W. Ennever [sic].


Just thinking around what the German original for "Louis" might be, I tried "Alois" and "Ludwig", and rapidly found a hit in the Tagebücher (Diaries) by Oscar A. H. Schmitz, ed. Wolfgang Martynkewicz (the 2006 edition of Schmitz's 1896-1906 diaries) which has this footnote:

The privately educated Christof Ludwig Poehlmann (1867 to ?), The author of numerous guides on memory and concentration lessons, about strengthening the will and elocution. In 1909 he published "The development of memory and its ability".


Google Books finds this Poehlmann wrote many other German-published self-help and psychological books, such as:

These are so remarkably close to the Pelman agenda that I feel sure it's the same guy. It would be conceivable that they're merely translations, with the author name rebadged for the German market, but the full Worldcat bibliography shows Poehlmann wrote a few books on specifically German topics, such as the 1914 Munich-published Die deutsche Frau nach 1914, that would be unlikely to be written by a non-German. "CL Pelman" disappears from Pelmanism ads around 1907 and, if he is Poehlmann, his origins would hardly be a selling point for the Pelman Institute immediately prior to, and during, World War One.

There is, just to confuse matters, a "C Pelman", also German, who wrote about psychological matters around this period. He, however, is Carl Georg Wilhelm Pelman.

Addendum: Barry Ennever just contacted me, and we've compared notes on a further bit of the picture. Who was "Foster" in the "Pelman-Foster System", as Pelmanism was sometimes marketed? A Times display ad for Tuesday, Mar 20, 1906 gives his name as RF Foster, and given the card game connection, an immediate candidate is the card game expert Richard Frederick Foster (1853 - 1945). A number of reliable sources confirm, such as:

Addendum 2: There was one other person involved with the founding of Pelmanism: a Professor Alphonse Loisette. He's covered well at The Pelman School of Memory, The Pelman Institute and Pelmanism page, and was probably the most overtly scammy of the bunch, being no more French than I am, but an American, born Marcus Dwight Larrowe. The Yale obit in Obituary record of the graduates of the undergraduate schools, deceased 1860-70--1950/51 charitably says he assumed the name Professor Alphonse Loisette "in deference to his father's strong opposition to his project". His memory system slightly pre-dated Pelmanism, but is virtually identical; as the Ennever article says, it's unclear if this was from collaboration or plagiarism.

The backstory is a little clarified by "Loisette" exposed (Marcus Dwight Larrowe, alias Silas Holmes, alias Alphonse Loisette) (George S Fellows, New York, G. S. Fellows, 1888, Internet Archive loisetteexposed01larrgoog). This hostile account reveals Loisette's system, arguing it to be an inferior and plagiarised version of earlier systems, especially that of Edward Pick (see his On memory and the rational means of improving it, 1861). 2 However, it has revealing correspondence to show that the abovementioned RF Foster worked as Loisette's business manager from 1877-78, before quitting and denouncing him as "a fraud and a humbug". Loisette exposed goes into a frenzy of name-dropping to show the purity of Foster's motives.

Mr. Foster is a native of Edinburgh, Scotland and is connected with some of the best families in Great Britain. Lord Kinlooh, for many years Lord Provost of Scotland, was his first cousin, and he numbers among his immediate relatives the Bishop of Kildare, the Rev. Dr. Moody Stewart, and the Sandfords, of whom Sir Herbert is well known in America, having been British Commissioner to our Centennial in 1870. Knowing these facts, it was not surprising, on meeting Mr. Foster, to find that he was thoroughly ashamed of ever having had any connection with Loisette.


But it's still a trifle suspicious to quit working for someone you think a charlatan, then immediately go into the same line of business with closely similar instruction texts.

Loisette got what was probably his best publicity from Mark Twain, who became an enthusiastic pupil for a time (see Mark Twain, a Biography, Albert Bigelow Paine, 1912). He ultimately withdrew his testimonial on feeling the system too complex to benefit the race at large. "Later he decided that the whole system was a humbug", Bigelow writes. More on this, if you have JSTOR access, at "Mark Twain and the Art of Memory", Thomas M. Walsh and Thomas D. Zlatic, American Literature, Vol. 53, No. 2 (May, 1981), pp. 214-231. It says that Loisette "raided a dozen other mnemotechnicians' ideas and developed them into one of the most absurdly cumbersome of all mnemonic systems". 3

1. According to the ad in Foster's Common sense in whist, "The cleverest and most practical invention for teaching good whist. One, two or three persons can play with these cards exactly as if four were present. At the same time these cards will indicate to each player, at every stage of the game, the manner in which such combinations of cards as he may happen to hold would be played by an expert, if he were present and held them." A table-based AI, in effect.
2. There were an astonishing number of mnemonists about in the 19th century teaching similar techniques. See the huge list in Mnenomics, 1911 Britannica.
3. Paradoxically, this was probably a factor behind why people stuck with it. It's a classic setup of "cognitive dissonance" that people are reluctant to give up beliefs that they've invested a great deal (time, money, effort) buying into.