The simulacrum 'Cliff' I mentioned in a previous post - see Devon cliff faces - reminded me of a section in the first volume (1863) of The Picture Magazine, an easy-read compilation of syndicated images. Pursuit of the source leads to a venerable genre of anthropomorphic landscapes. 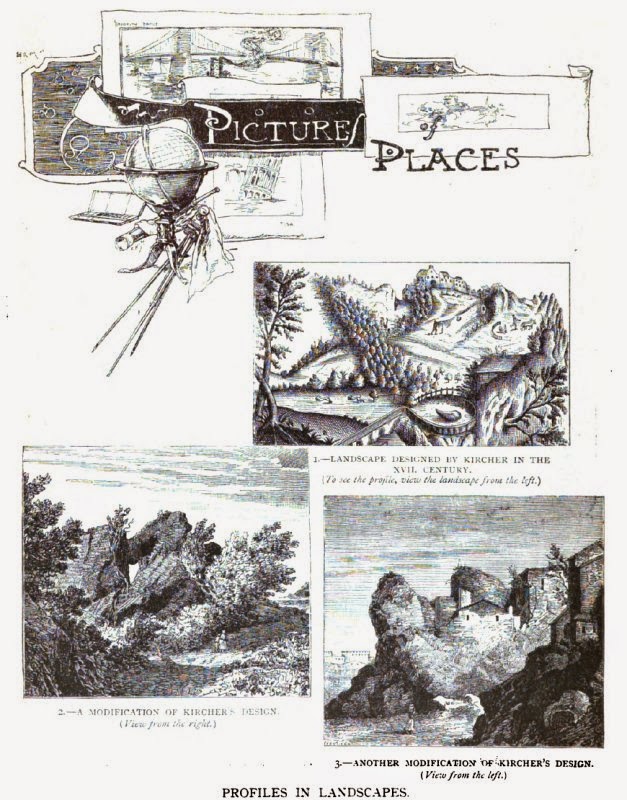 This first volume has a section called Pictures of Places, which leads with some interesting prints based on a work by Athanasius Kircher. Although the editorial intro to The Picture Magazine says that copyrights were honoured, it doesn't always credit the origin, and in this case the images track to the Scientific American Supplement, No. 488, May 9, 1885, which is on Project Gutenberg (E-text #27662). 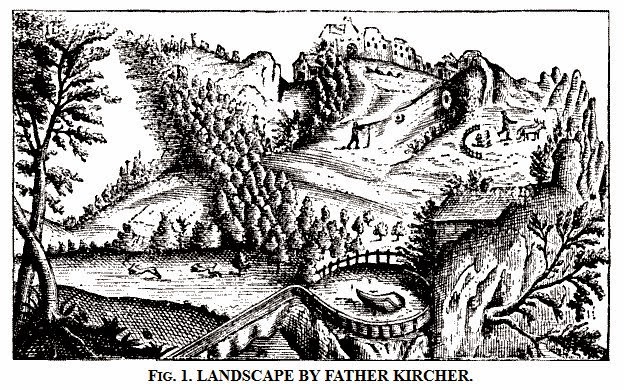 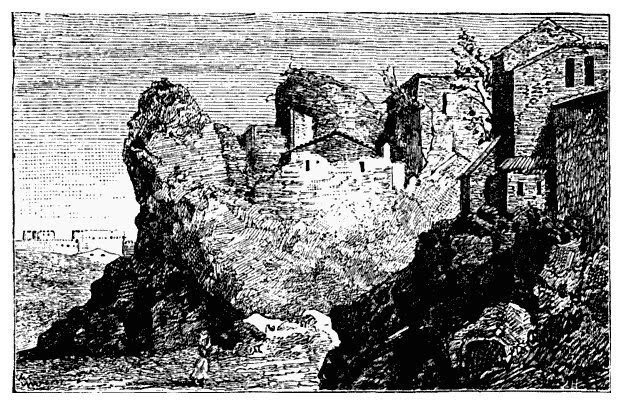 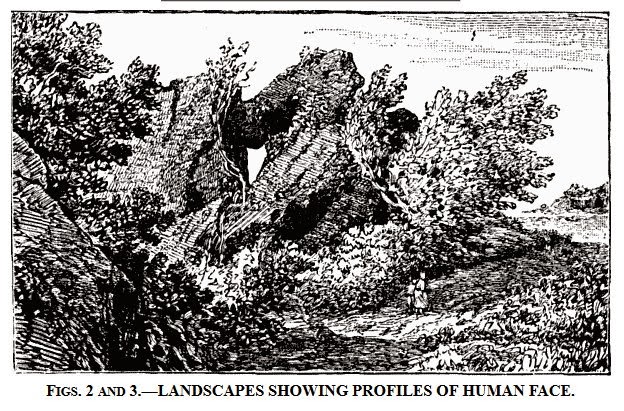 The accompanying text mentions the Vitruvius story about the architect Dinocrates planning a whole mountain city modelled on a colossus of Alexander the Great, and continues ...


In the seventeenth century, Father Kircher conceived the idea of taking up Dinocrates' plan upon a small scale, and composed the landscape shown in Fig. 1. The drawing remained engraved for a long time upon a marble tablet set into the wall of Cardinal Montalte's garden at Rome. Later on, artists improved and varied this project, as shown in Figs. 2 and 3.

... and the embellishment is clear when the images are compared with Kircher's original from his 1645-6 Ars Magna Lucis et Umbrae (The Great Art of Light and Shadow), page 703. 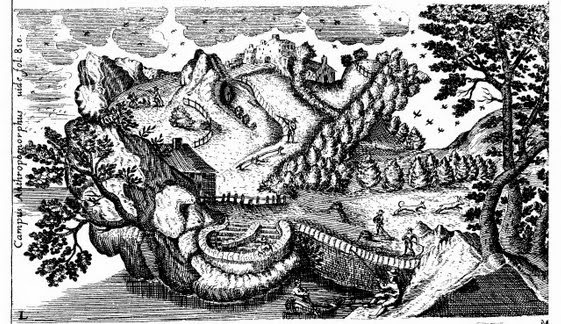 I've seen many such artworks over the years; the anthropomorphic landscape (almost invariably based on a bearded man) was a very enduring meme among late mediaeval and Renaissiance artists, with a lot of homage/plagiarism by the look of it. So here's a compendium, by no means exhaustive. I admit I'm very doubtful of a lot of the attributions, especially on commercial poster sites. For example, some of the works by Joos de Momper just labelled as "Anthropomorphic landscape" are the cycle of four allegorical paintings The Four Seasons.


This one is rather outside the general genre: an advert with a puzzle picture ("Vexierbild") for a patent medicine marketed in the USA in the late 19th century by the German-born August Vogeler. The image is in the collection of the Max Kade Institute for German-American Studies at the University of Wisconsin-Madison (MKI). There's a full analysis at its blog, (Nearly) Everyone's an Immigrant: A Picture Puzzle / Vexierbild Advertisement.


The genre is by no means extinct. A popular modern example is the "face" image of Machu Picchu. Although it's very clearly modified, a lot of people seem to take it as real. I can't remember the details at this instant, but I'm pretty sure it was created a few years back for an advert in one of the weekend newspaper colour supplements. Does anyone else remember it? 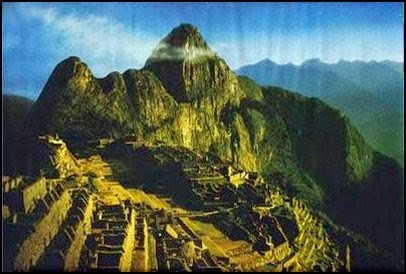