I quite like Goodrington Sands, Torbay (see Coast: Brixham to Paignton - part 2). While it's a popular beach, it's not as full-on commercial as Paignton itself, and the northern end - Goodrington & Youngs Park - has areas of definite quaintness, even gentility. In connection, I found a pleasant postcard in Topsham's antiques emporium highlighting a radical development around 1930.

The following images make an interesting contrast, showing the beach at Goodrington, Devon, before and after the remodelling of the cliff profile over 1929-1931, made necessary by cliff erosion. These works added a sea wall, and cut back the southern face of Roundham Head (the red sandstone headland between Goodrington Sands and Paignton harbour) into terraces as Cliff Gardens, with a network of garden promenades leading more or less gently to the cliff top. There's a good account at the Torbay Council website: Goodrington Cliff Gardens. It mentions that

... though looking at maps of the period, it seems likely that they were more to do with protecting the villa housing developments - Roundham Avenue, Roundham Crescent and Roundham Gardens - that had sprung up on Roundham Head in the years immediately preceding the work. 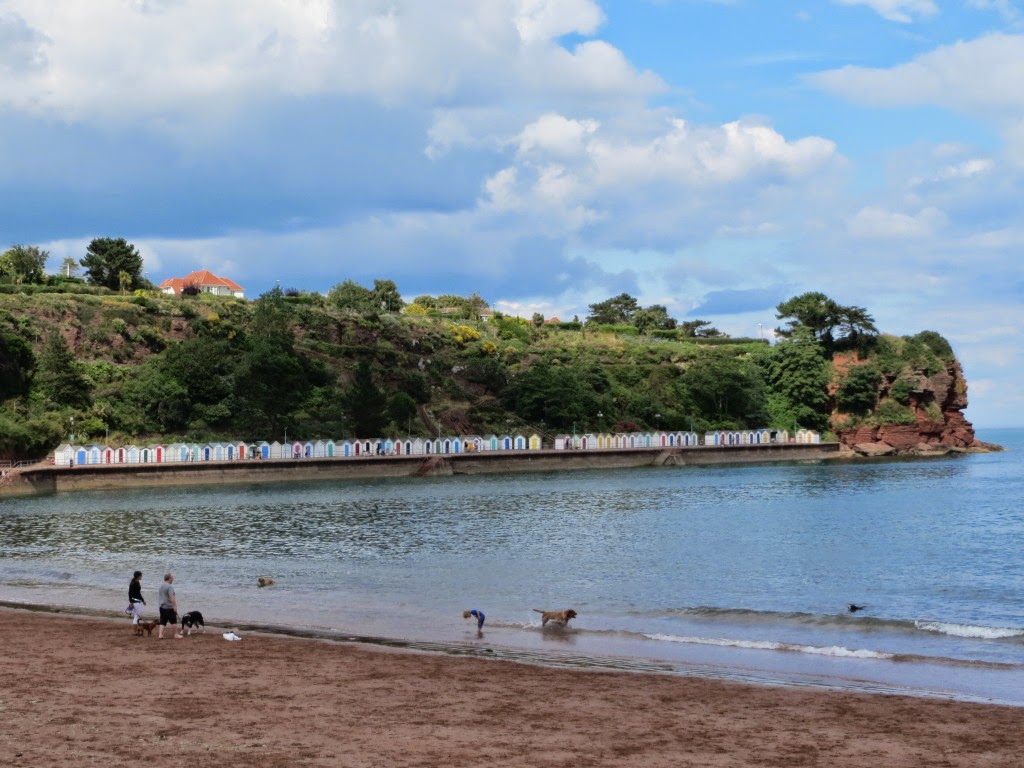 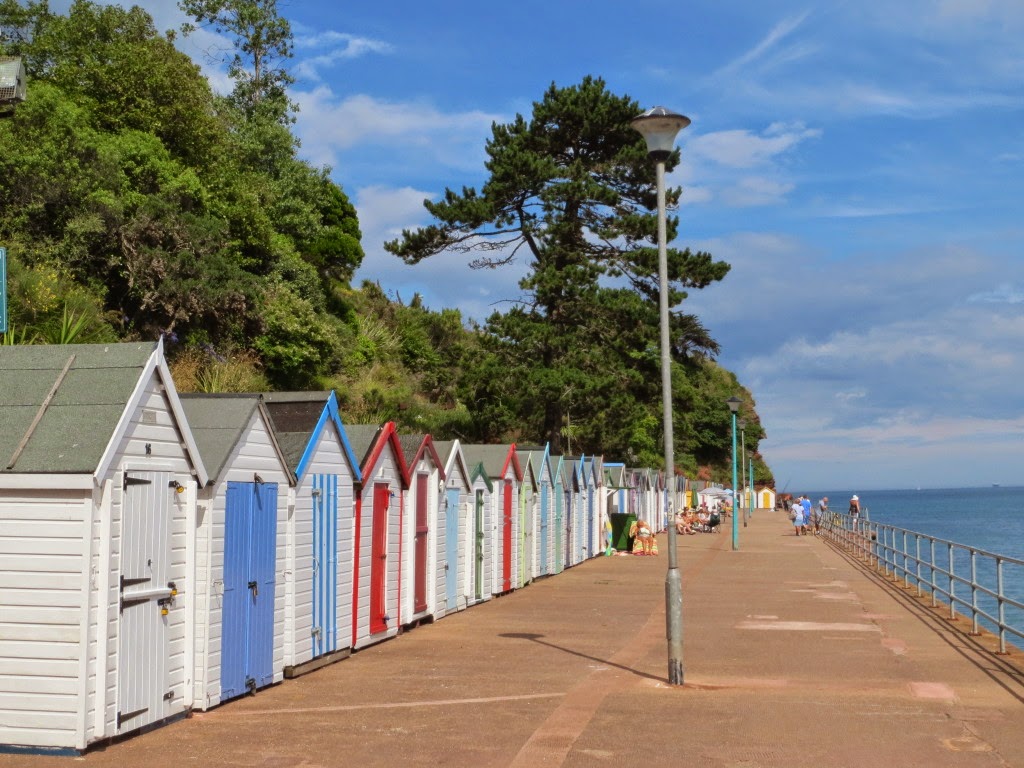 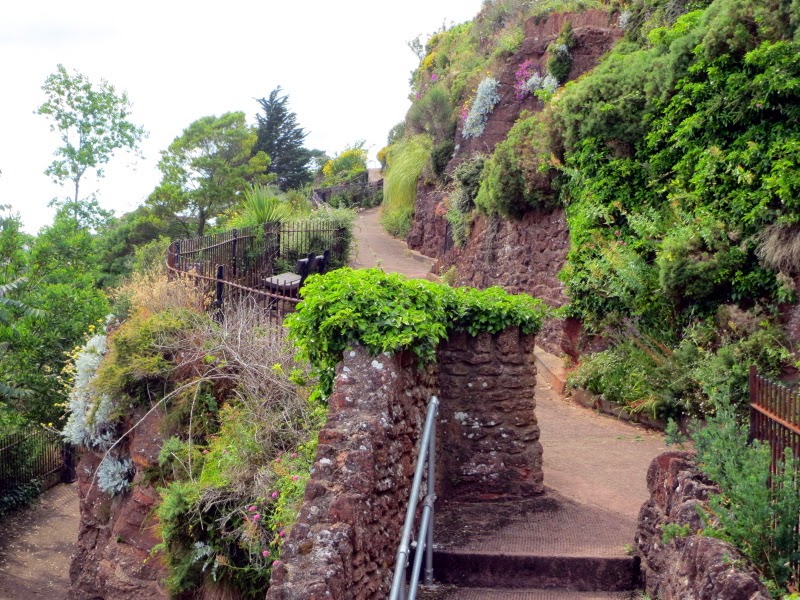 The Photochrom Co. Ltd's card isn't a colour photo in the modern sense, but a hand-colorised monochrome print produced with the patented 'photochrom' process developed in Switzerland by Orell Gessner Füssli (essentially offset lithography). Some photochroms were extremely subtle, with overlays up to 15 tints, though the Celesque cards appear to be a relatively simple three-colour implementation. 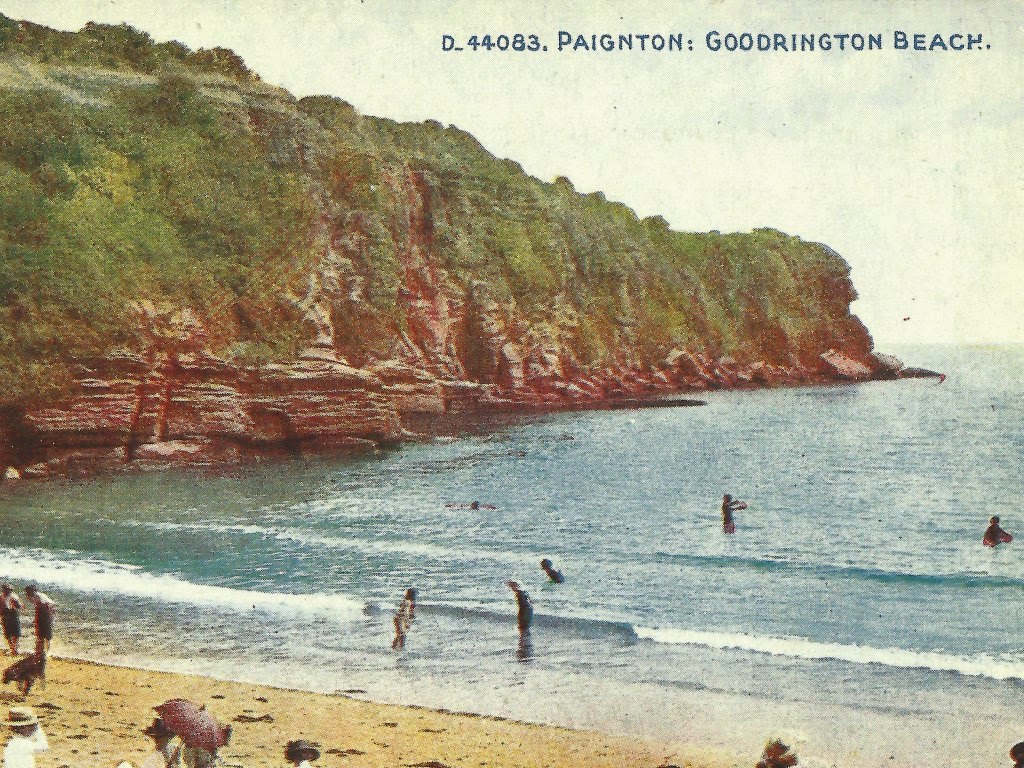 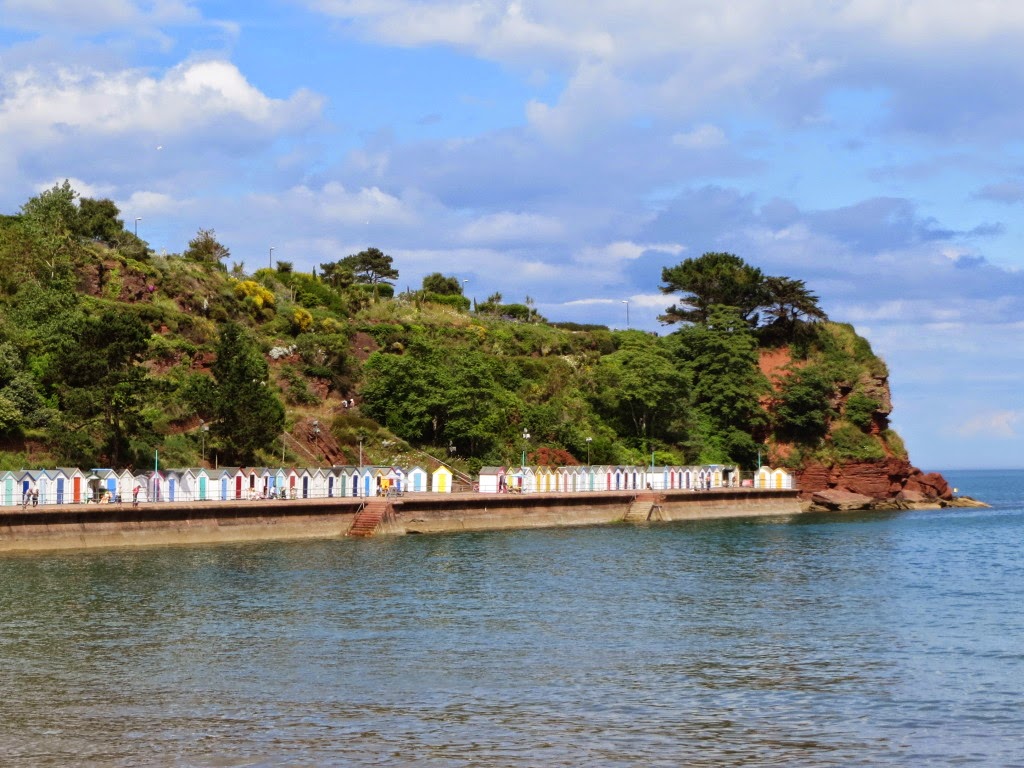 And, though I haven't seen it in person, here's a brilliant simulacrum -  a literal cliff face - that's been in the news lately. Better than the Parson and Clerk, better even than Elephant Rock, there's 'Cliff' near Hope Cove: see the Telegraph, Craggy face of 'Cliff' appears in rocks on Devon coast.

The image went viral after Tim Stathers put it on the Facebook page of his employer, the Kingsbridge-based Toad Hall Cottages, and the Telegraph picked it up from there.