Five Fags a Day: life on the scrapheap

Continuing the posts on the Walsall author John Petty - whose work I've found surprisingly engaging - I just finished his Five Fags a Day (Secker & Warburg, 1956), a strongly autobiographical novel about the life of a scrap-picker collecting metal from the industrial tips near Walsall.

Five Fags a Day has been likened to Orwell's The Road to Wigan Pier in its account of poverty. But Petty wasn't slumming it to see what it was like; circumstances led him to become a scrap-picker. Those circumstances were in part economic: a past-war Britain where metal was scarce, but industrial practice inefficient, meaning large chunks of useful metal were dumped with furnace slag. But to recycle the metal fell to an underclass of people with the stamina and inclination to dig the tips in all weathers. Petty's problem was that he was ill - although, you feel, not that ill physically, for him to be able to cart hundredweights of iron daily, slung on the crossbar of his bicycle. His illness was also psychological: unspecified anxiety attacks that seem to have prevented him taking more conventional work.

Much of the book is directly autobiographical: the work and location details are authentic; the first-person narrator identifies as John Petty, and some segments are devoted to Petty's almost as harrowing home life, trying to stop his frail father and mentally ill mother from fighting. The rest may or may not be, and it's hard to tell how much he has fictionalised the cast of people he encounters working the tips, such as the irrepressibly cheerful Eddie, the alcoholic man-mountain bully Big Carl and his sons Carl and Lonnie, and the truant girl Kathleen (aka Kathie).

The novel spans a year from the winter of 1949, and is centrally a love story, as the 30-year-old Petty falls for the beautiful but coarse Kathie, a worldly-wise 14-year-old. He behaves decently, knowing the illegality of any relationship; she, surprisingly, reciprocates his interest, despite his tendency to treat her to priggish lectures on life, the world and relationships ...


"Well, Kath, modern youth is often attacked, but there can be no doubt that it is more attractive physically than it was some years ago."

... as well as the full plot of his ghastly and heavily self-referential unpublished novel, which ends with it being uncertain if the protagonist has been run over by a train or not. The two stay chaste, planning a future life together when she comes of age, sailing to the Bahamas on the proceeds of Petty's great novel. These plans collapse to nothing when the novel is rejected. Petty departs into the not-very-luminous future and more novel rejections, and a few years later feels strangely content on seeing Kathie with a young man with "fair crinkly hair", just the type he predicted she would fall for. 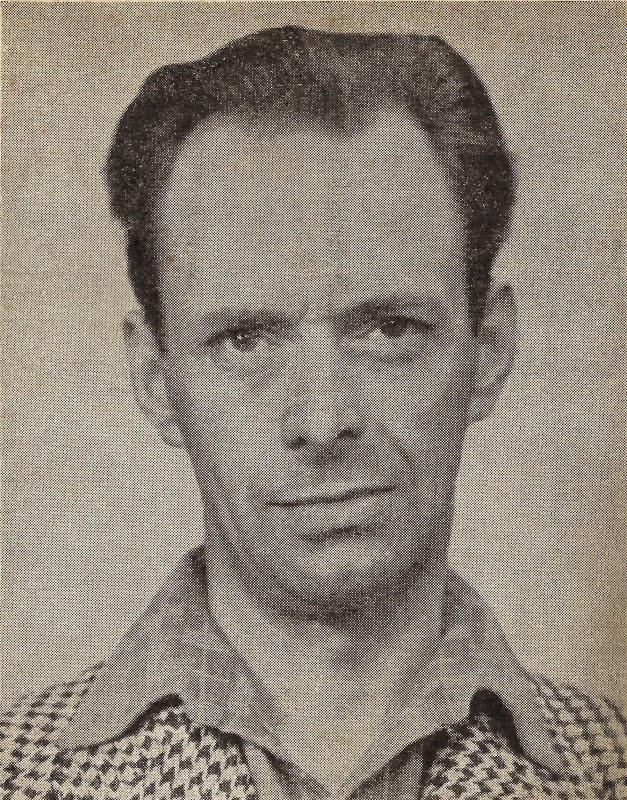 Five Fags a Day is extremely readable, despite longeurs when the narrator is philosophising at Kathie. Some parts are very unsettling, as when he gets lost in the dark on a rat-infested tip. And Petty, despite the chip on his shoulder I've mentioned previously, has at times some very sharp insights on the problems of the self-educated, particularly those educated out of their social class, and so become alienated from the working-class, yet not fully accepted by the intelligentsia. But he doesn't do romance well, and I think his non-fictional The Face, which just focuses on his life and work, has more sustained interest.


To those of us who have been brought up in what we consider to be normal conditions, in moderate wealth, health and happiness; to those of us who like to believe we are endowed with normal attributes, the senses of humour and proportion, self-discipline and a modicum of selflessness, John Petty seems to come from another world. For he is one of the Angry Ones, one of the evergrowing brigade of young men who live in a state of perpetual indignation tempered by bouts of acute self-pity. It is hard to understand them, harder still to love them, but they are too disturbing to be dismissed with a shrug.

John Petty makes his living by picking waste metal off 'tips' near Walsall. Though suffering from a severe physical disability, though constantly racked with pain, he journeys miles every day in every weather to rake through rubbish, facing further hardships in the shape of bellicose rival rakers, police, and rats, in surroundings of unparalleled desolation. At night time he writes — and writes extremely well — with an invalid father and mother going insane as company. Mr. Petty conforms to no known pattern. He is neurotic, articulate, and fastidious, yet chooses to work with illiterates and bullies.. He is not brandishing a political torch. He is only occasionally aware of class distinctions. He does not markedly range himself on the side of the underprivileged and yet his book, with its searing descriptions of poverty and misery, might be the work of an anarchist. His ability to make vivid the scenes he portrays is only equalled by his capacity for self-absorption. For, like all who feel they are outcasts, who cannot fit into the contemporary mould, John Petty relates everything to himself. All the cruel brilliant passages in his book as well as the sudden dives into sentimentality come from a man who is supremely aware of his own importance.

A poet, a dreamer, scratching for aluminium runnings on a scrap heap, with a tearing pain in his chest, Mr. Petty has not so much been rejected by the Welfare State as rejected it. He is an uncompromising individualist, and like some sick eagle, bats his wings in the face of the world from the top of his sad slags, rather than come down and be caged. Happily he writes with a golden quill, and his record of a baffling life spent with Dickensian characters in a lunar landscape makes memorable reading.