The Silence of Dean Maitland 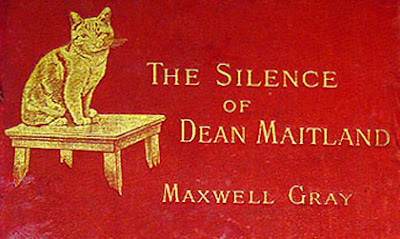 An interesting example of changing fortunes and literary fashion: a popular novel and its author, both now almost forgotten. Maxwell Gray's 1886 The Silence of Dean Maitland, whose synopsis leads Mee and Hammerton's The World's Greatest Books, Volume V (c. 1910), was a melodramatic blockbuster of its day. Set on a mildly fictionalised Isle of Wight, it tells of a newly-ordained and ambitious rural deacon, Cyril Maitland, who kills a man whose daughter he has made pregnant, then lets his best friend take the rap for manslaughter. Eighteen years later, the respected Maitland is forced to confront his guilt when the friend returns after his release from prison and, surprisingly, forgives him.

Major revision: on 3rd December 2013, I published a biography: A Wren-like Note: the life and works of Maxwell Gray (Mary Gleed Tuttiett). Accordingly, I've moved the content of this post to the support site, www.maxwellgray.co.uk.