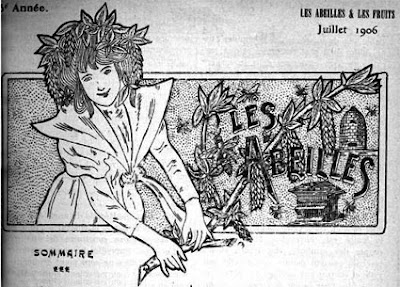 Oh, lordy. A sizable section of UK television viewership was treated this evening to an exposition by a popular natural history presenter, Bill Oddie, of the urban myth about Einstein calculating that the death of bees would be the death of mankind. See the clip and transcript - Hail Caesar! - from the BBC programme Bill Oddie's Top 10 Aliens.


Brought to the UK by the Romans 2,000 years ago, honey bees make a massive and vital contribution to life on Earth. Not only do they provide honey, but they pollinate much of the flora we admire. Of even more significance, is their role in helping to produce the food we eat. Without bees there would be no fruit, no vegetables and pretty certainly, in an alarmingly short amount of time, there would be no us. Einstein (reportedly *) calculated that if bees become extinct, then in five years so would the human race. A worrying enough prediction in itself, made more alarming recently because the population of bees is plummeting rapidly and that definitely includes here in Britain. At least we know there are problems, we just need to find a way to solve them and hope that Einstein got his sums wrong!

* I bracketed the "reportedly" because for some reason it's in the transcript, but wasn't in the segment as broadcast.

Firstly, spot the massive logical fail. If honeybees were only brought to Britain 2000 years ago, then clearly they're not vital to human survival, since there was a thriving native human population in the British Isles long before the Romans arrived. (The Americas, too, got along fine before the Europeans introduced Apis mellifera). Or is the piece talking about bees in general, not just the honeybee? Hard to tell; but the specifics don't much matter, because there's absolutely no known provable attribution of this story to Einstein.

Until this evening, I thought it first appeared in June 1965 in Abeilles et Fleurs (i.e. Bees and Flowers), the house journal of the French beekeepers' association Union Nationale de l'Apiculture Française, which further propagated the story during a protest in 1994. I find now it has even older roots in French apiculture, as a rather similar claim appears in 1906 in the journal Les Abeilles & Les Fruits (logo pictured above) published by the Socíeté Haut-Marnaise d'Apiculture. An article about an apiculture expo in Nancy features a vigorous defence of beekeepers against fruit growers who didn't want bees kept near their orchards, ending with this warning to those opponents:

Wherever a plantation stands, the apiary is built: they are two inseparable things. Those who are the perpetrators of such errors are culpable themselves, and you can only pity them if you cannot convince them, but we repeat to them loudly the great teaching of Darwin:

"The life of man would be made extremely difficult if the bee disappeared".

That I can find no such statement by Darwin doesn't surprise me, and gives me a strong feeling of déjà vu. The use of his name to give authority to the assertion looks a definite precursor to the fake attribution of the more elaborate scare story to Einstein.

Probably the most enlightening take on the subject I've seen is in ScienceDaily - Pollination Crisis 'A Myth': Honeybees Are On The Rise, But Demand Grows Faster - which reports on a Current Biology paper by Aizen and Harder, who point out "that most agricultural crop production does not depend on pollinators". They argue that globalization has produced a destructive mutual benefit between bee-pollination services and producers of high-value bee-pollinated crops, increasing the market share of those crops and destroying habitats that harbour the many other pollinators. Perhaps the story is mostly about the impact on interested parties rather than humanity in general.

Another solid debunking comes from Keith S. Delaplane, Professor, Dept. Entomology, University of Georgia, who wrote this guest editorial in the newsletter of the British Bee Keepers Association: On Einstein, Bees, and Survival of the Human Race.

For more background, including a summary of discussion with Felix Grant (who has spoken to experts on colony collapse disorder), see my previous post Tracking bee story.