After many years of visiting the Isle of Wight, Clare and I finally visited Osborne House - Victoria and Albert's rural retreat. I've personally resisted it for years - I'm not a Royalist, and I don't like stately homes - but as I wasn't feeling so great (getting over a respiratory bug) it looked a more leisurely option than our usual coast walks. So ...

Osborne House is run by English Heritage, which has "a management contract to run [it] as a historic tourist attraction". You're reminded of this the instant you get in the door, by people trying to sell you English Heritage membership even before you get to the main ticket desk. Entrance is via a crass setup that funnels you through the crowded gift shop; you buy tickets (£13.40 per adult), and then they try again to sell you English Heritage membership, along with a guide book costing around a fiver. Once inside the very spacious grounds, a short walk (or a paid-for horse carriage ride) takes you to the house. They have a free baggage storage setup up a ramp to the right of the entrance. 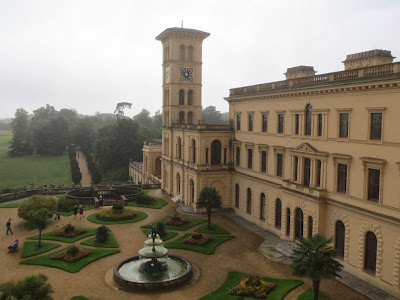 My heart sank on finding that Osborne House has a no-photo policy indoors. We were told this was due to all the contents belonging to the Royal Collection - but it comes across as a restriction whose chief intent is to steer visitors toward buying postcards, guides, and commercial images. I appreciate that such income is necessary to help pay for the upkeep, but given the generally steep pricing for entrance and extras, it comes across as petty and anal (I'd have been perfectly happy to pay a reasonable permission fee with an agreement not use images commercially). Furthermore - I've discussed this with Felix Grant - as a fairly compulsive photographer, I've found photography has become a "way of seeing", of remembering, note-taking, and "fixing" experiences. Consequently I can't remember, or else can't find online, half of the stuff that interested or amused us as we walked around the house, such as the unintentionally hilarious "Sleeping Junkie" statue, of a sleeping spinner whose distaff looks like an oversized hypodermic syringe. 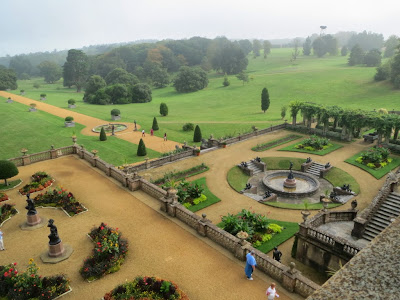 The visit is well-organised as a self-guided round trip that winds round the house, down to the basement, up to the top, then back down via the central stairwell. There are information boards and a few audiovisual displays, plus minders in each room, but the house isn't terribly well annotated. With a bit of creative management, it could be brought into the 21st century - for instance, with WiFi-accessible descriptions - but perhaps that's not the clientele they're aiming for.

Generally, the place left me completely cold: Osborne House is largely a monument to what happens when vast wealth hits zero aesthetic sense. The majority of rooms contain a Full English / Continental Breakfast of mismatched decor and neoclassical clutter. Where there is some coherence, it's just overdone. I wish I could show you a close-up of the gruesome Horn Room, where visitors were expected to wait on chairs made of antlers and animal legs. Or the Durbar Room, whose better coordination of theme - designed by Bhai Ram Singh and Lockwood Kipling, based on traditional Sikh decoration - is weakened by its weight of cake-icing ornament on every surface.

The William Dyce painting on the main staircase - the 1847 Neptune Resigning to Britannia the Empire of the Sea - is a weird piece of propaganda that chiefly left us wondering at the anatomy of the nymphs or tritons, who (unlike conventional merfolk) seem to have separate prehensile fishtails on the end of each foot.

But on the plus side, there are moments of human interest and calm in all this overblown clutter. Chiefly, we were awed by the portraiture of Rudolf Swoboda: a whole corridor is devoted to the works of this artist, who toured India and produced a large output - many in 8"x5" miniatures - of sensitive and photorealistic portraits of Indians from all walks of life. You can see many of them in the Royal Collection e-gallery. The Osborne collection includes a couple of portraits of Abdul Karim (aka "The Munshi") - if they're accurate, it's easy to see why Queen Victoria found him charismatic. 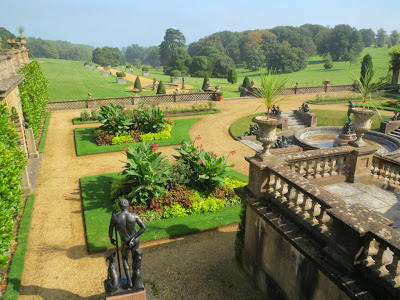 Finally, we took a walk round the grounds. Externally, I can't fault Osborne. Albert was a fine architect technically, and I like the Victorian Italianate stye. In pictures, the house often looks an austere grey, so grim that some comments have likened it to an American penitentiary - but in the flesh, it's a warm pale honey colour, perfectly complemented by the yellow-gravelled paths and a formal garden with a tightly-coordinated register of plant colours. A little over a kilometre's stroll takes you down through parkland to Osborne's private beach, recently opened to the public. There wasn't a great deal to see there - the "Swiss Cottage" was under renovation - but it was a pleasant spot to chill out on a very warm autumn afternoon. 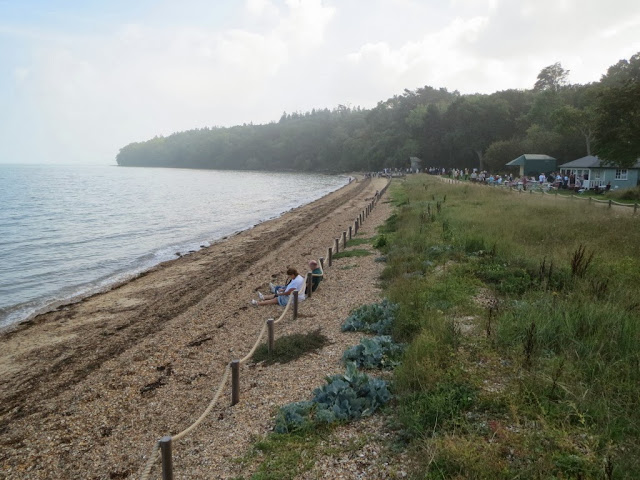 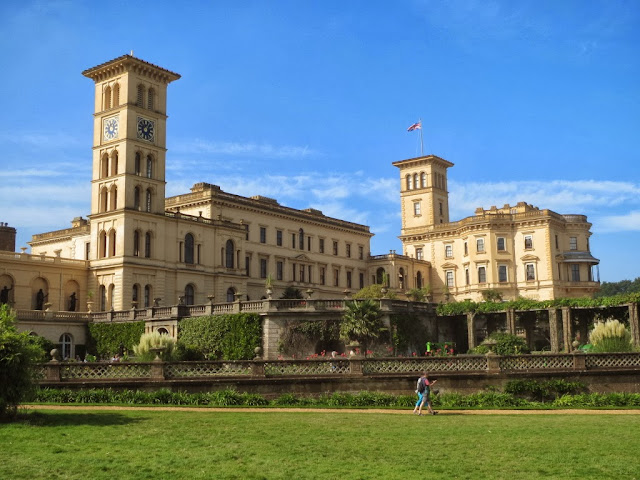 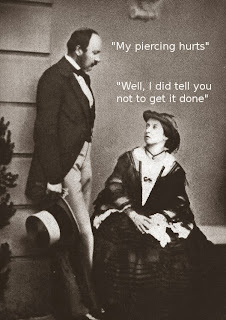 On balance, I recommend Osborne House; but you'll get more out of it if you're actually interested in the Victorian royal family. You also need to be a bit thick-skinned about its ways of getting money out of you: beware, for instance, of the Osborne Cream Tea (around £25 for two). I appreciate they have to fund the place, but they could make it less overt. Going slightly off-season is a good idea too; I gather from reviews that it can become monstrously crowded in the height of the tourist season.

Addendum: out of interest, check out Government House, Melbourne, Australia, which, as a tribute to Victoria, was constructed in 1876 as a copy of Osborne House.

Sorry about the hiatus in posts: nothing sinister, just a very busy week including a band performance last Sunday at Topsham Quay, then a scheduled break in the Isle of Wight - all pretty hard work while convalescing from a respiratory bug (sub-flu, but still nasty) that's going the rounds.