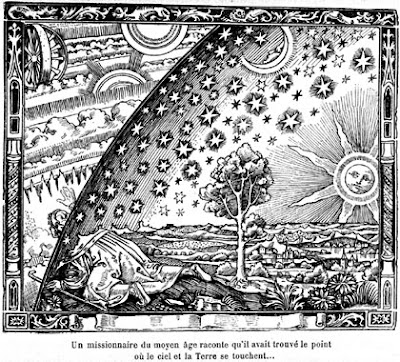 I just ran into a couple of articles, one old, one new, about Philip K Dick: The Second Coming of Philip K. Dick (Frank Rose, Wired, Issue 11.12, December 2003) and Kick over the Scenery (Stephen Burt, London Review of Books, July 3rd 2008). In many ways it's a sad story of someone who just missed bigtime success. Dick was a cult figure in SF and counter-culture circles; his writing had strong niche popularity, but even when he won the Hugo Award, he never achieved mainstream recognition in his lifetime, or wealth (a situation not helped by his confused personal life). And yet, after his death, a string of cult films have been based (with considerable modification) on his work: Do Androids Dream of Electric Sheep? became Ridley Scott's Blade Runner, We Can Remember It for You Wholesale became Paul Verhoeven's Total Recall, The Minority Report became Spielberg's Minority Report, and so on.

It's difficult to assess how this happened. Dick's world-view, as expressed in his books, was unusual; central to it is a conflict, not between good and evil, but between entropy and an ordering principle. The entropy typically involved degradation toward what he called "kipple"


"Kipple is useless objects, like junk mail or match folders after you use the last match or gum wrappers or yesterday's homeopape. When nobody's around, kipple reproduces itself ... the entire universe is moving towards a final state of total, absolute kippleization."
- Do Androids Dream of Electric Sheep?

As to the ordering principle, in 1974 Dick, long troubled with mental health problems, experienced visions of being flooded with a "transcendentally rational mind" that he called VALIS, feeling (I summarise very crudely) that it was a manifestation of God drawing him back toward sanity. All this is pretty strange stuff, and yet Dick's works were nevertheless strongly in touch with the mundane human condition. His protagonists tend to be ordinary, not-very-successful people bewildered by events beyond their understanding. Those events, however, often involve changes in the fabric of reality, leading to "conceptual breakthroughs" and explorations of perception and memory of long-standing philosophical interest. As the Wired articles says, such themes are now in the zeitgeist, appearing in films such as The Matrix, Vanilla Sky, Dark City, The Thirteenth Floor, eXistenZ, Memento, The Truman Show, and Eternal Sunshine of the Spotless Mind.

My personal favourite of Philip K Dick's works is his 1969 novel Ubik. Set in a near-future where various psionic abilities are routine, its protagonist is Joe Chip, a typically Dickian debt-ridden little man who works as a tester for a "prudence organisation", which hires out a team of misfits with anti-psionic powers (for instance, to protect businesses from telepathic eavesdropping). The team is lured to the Moon by a hostile client who attempts to assassinate them with a bomb, killing their employer, Glen Runciter. On their return, they begin to experience strange degradations: coffee is cold, cigarettes stale in the packet, though fresh out of the dispensing machine (again typically Dickian entropy), and they find America is reverting toward the 1930s around them. One by one, they begin to die, and Joe Chip finds himself on an urgent quest, guided by graffiti apparently written by Runciter, to find a restoring spray-can product called Ubik (the Dickian God-like ordering principle). Meanwhile, an even more unpleasant possibility is raised: that Joe and his colleagues were killed by the bomb and are in cryonic suspension ("half-life").

Ubik manages to juggle dark comedy, poignancy and outright horror, and (in my view rightly) made it into Time Magazine's 2005 All-Time Hundred Best Novels post-1923 (and was near the top of reader rankings there). Obsessed with Film and many other movie gossip sites report that a film is in the pipeline. Whether that's true, and if so, whether it'll be good, I don't know. More Background on Philip K Dick at the official website, philipkdick.com.

On a personal note - and I don't add many here - I've backdated this addition from the final substantive post for JSBlog on June 15, 2015, as my favourite of PKD's takes on the terror of dying. There's a fine quotation from Ubik whose pertinence struck me at the death of my friend Felix Grant in January 2014 on the role of those who communicate with us largely over the Internet ...


We are served by organic ghosts, he thought, who, speaking and writing, pass through this our new environment. Watching, wise, physical ghosts from the full-life world, elements of which have become for us invading but agreeable splinters of a substance that pulsates like a former heart. And of all of them, he thought, thanks to Glen Runciter. In particular. The writer of instructions, labels and notes. Valuable notes. He raised his arm to slow to a grumpy halt a passing 1936 Graham cab.

... and I find I've suddenly become one of those 'wise ghosts', still texting and functioning despite literally hovering between life and death. It may sound melodramatic, but I'm more than a little addled with morphine, and do have moments when I'm not 100% sure if I'm dead or alive.

On June 20th 2015, for instance, I had a long and heavy sleep in the afternoon, and woke with a strange malaise of being dead in an English pastoral sense. Later that aftetnoon, I had a shorter sleep that left me feeling dead only in a kind of technical sense. It's just the morphine, I assume. I got myself up to read, and there was *nothing* else - l'd taken all the necessary pills - and just couldn't think whatver else there was do. Was I a bit stoned or what? I don't think I've ever experienced such a lack of volition - just looking at the wall.

The terror is palpable, though, and PKD expresses it well through the progressive weeding out of Joe Chip's companions, and finally his own encounters with death-like exhaustion and pain.

He lay for a time, and then, as if called, summoned into motion, stirred. He lifted himself up onto his knees, placed his hands flat before him... my hands, he thought; good god. Parchment hands, yellow and knobby, like the ass of a cooked, dry turkey. Bristly skin, not like human skin; pin-feathers, as if I've devolved back millions of years to something that flies and coasts, using its skin as a sail.

I know where it's going to end, but the fear is how precisely. Anyhow ...

Returning to the movie list above: I especially like Alex Proyas' 1998 Dark City and Josef Rusnak's 1999 The Thirteenth Floor. With the timing of their release, they were rather overshadowed by The Matrix, despite handling of the untrustworthy-reality theme just as potently and without all the gun chic and pince-nez mirroshades. Dark City is deeply strange, an intensely atmospheric noir/SF/Gothic mix set in a generic American city where it is always night, yet no-one wonders why, and where the main character's quest to find the Shell Beach of his childhood leads to a denouement that could have been inspired by the classic Flammarion woodcut above. The film is inextricably mixed in my mind with Martha and the Muffins' Echo Beach, which Mark Gane described as springing from similar yearnings - see the official page - and from memories of Sunnyside Beach, Lake Ontario, in Toronto, an area whose map appears on some of the covers ("The lake and beach could have been in the middle of nowhere while the city behind became a 'surrealistic sight'"). It has also been memorably adapted, more than once, on YouTube: it's interesting to compare the works by SkyAboveWater and Eroock, both of whom used it to create a video for Rammstein's Sonne.

The Thirteenth Floor comes from the 1964 Counterfeit World (a.k.a. Simulacron-3) by Daniel F Galouye, who wrote several novels in the 1960s-70s on similar breakthrough themes. The Thirteenth Floor was an early (if not the earliest) exploration of the idea of virtual reality. Dark Universe was a post-apocalypse story set in a cave system where tribespeople live who find their way about using sound; their worldview is shaken by encounters with outsiders bringing light (almost certainly inspired by Plato's Allegory of the Cave, as coincidentally explained by Popeye to Bluto in a current McSweeney's post). The Lost Perception (a.k.a A Scourge of Screamers) is an SF thriller concerning the social upheaval when the Earth, after millennia of shadow, is illuminated by an astronomical body called Chandeen emitting a radiation that vastly enhances perception. All are worth finding.

The list of conceptual breakthrough stories can easily be extended into fiction going way back. The "Conceptual Breakthrough" article in Peter Nicholls' The Encyclopedia of Science Fiction (Granada, 1981, ISBN 0586053808) likens the general mindset of protagonists prior to such breakthough to that of Rasselas, the Ethiopian prince hero of Samuel Johnson's The History of Rasselas, Prince of Abyssinia, whose general intellectual discontent leads to him to visit the outside world. One might compare Titus at the end of Gormenghast, and the discontented heroes of any number of generation-starship stories, notably Chimal in Harry Harrison's Captive Universe (a 16-year-old who finds why he is the only intelligent person in a stultifying Aztec society).

There are similarities too in the protagonists of Jeanne DuPrau's Ember series - see The Growlery, where I mentioned to Felix Grant my slight misgivings at the geeky empowerment fantasy inherent in some conceptual breakthrough stories ("misfit finds what's really going on and becomes central to it"). Ember seems a more natural and healthy angle in having young protagonists, like Captive Universe and Hoban's Riddley Walker (another such story, though one where the breakthrough is an intellectual rather than physical one). At this age the curiosity and urge to explore is normal, yet the person small enough in the scheme of things to take a more humble role in what they find. A film based on The City of Ember is forthcoming; there's a trailer at the official City of Ember website.
- Ray
at 15:58