Schalken the Painter, and other Halloween tales

This YouTube video - very murky in both vision and sound - is probably the only chance currently to see Schalken the Painter, Leslie Megahey's atmospheric adaptation, broadcast in December 1979, of the Sheridan Le Fanu story Strange Event in the Life of Schalken the Painter. The adaptation is based around the real paintings of Godfried Schalcken (1643-1706).

Strange Event in the Life of Schalken the Painter is one of the online stories in The Little Professor's 2013 Annual Halloween Horde of Horrible Happenings, this year compiled from mid-19th century horror fiction. Read on. 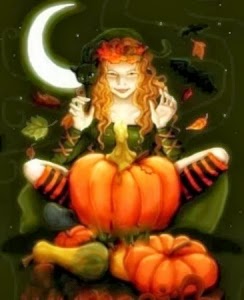 Addendum: And for a bonus - I nearly forgot - check out the Exeter CVS podcast of Clare Girvan's story Meet the Wife, originally on the Exeter CVS radio show.

"When their light aircraft crashlands in the middle of nowhere on Halloween, two stranded airmen seek help from a local villager."