We've been to Shanklin Chine several times over the past few years, but never in the evening. From 23rd May to 7th September, it's open until 10pm, and illuminated after dusk.


On a fine summer evening - and June 10th was - it's a beautiful bus ride from Newport to Shanklin, out of across the Vale of Arreton, through Godshill and Ventnor. The bus stops in Shanklin Old Village, a couple of minutes' walk from the Chine; we had a potter first through Rylstone Gardens, and listened to a band while the sun dropped. Even on a bright day, the depth and tree cover rapidly puts the Chine in deep shadow. 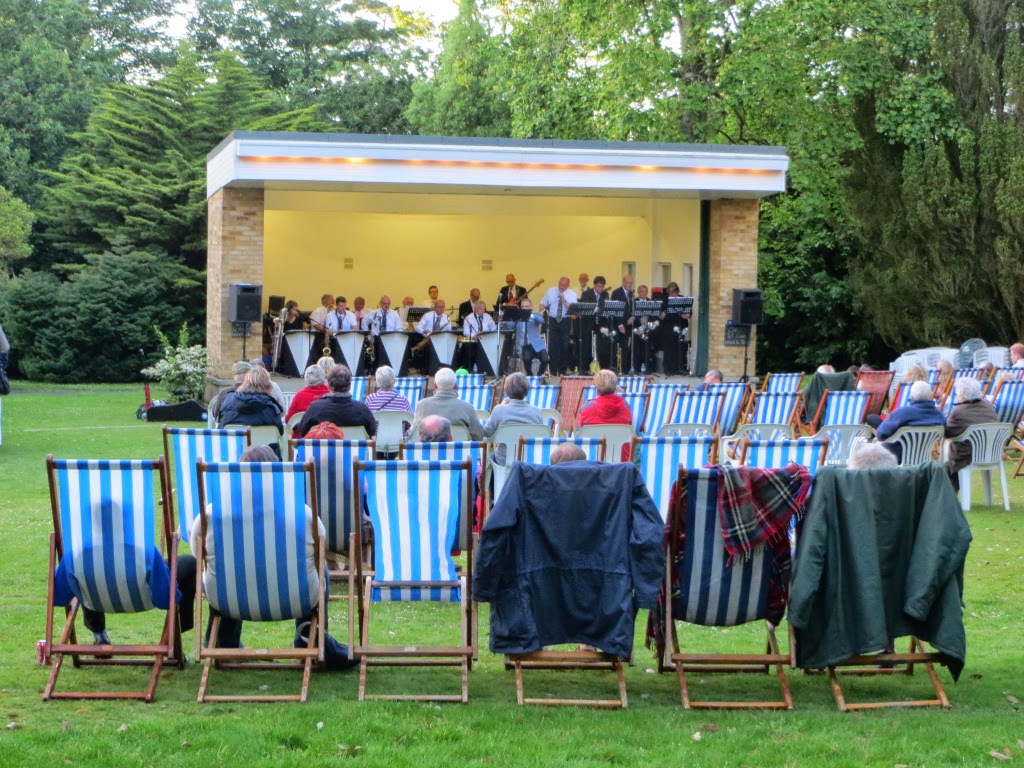 It was still relatively light at 8.30, but we pottered down the Chine at our leisure. 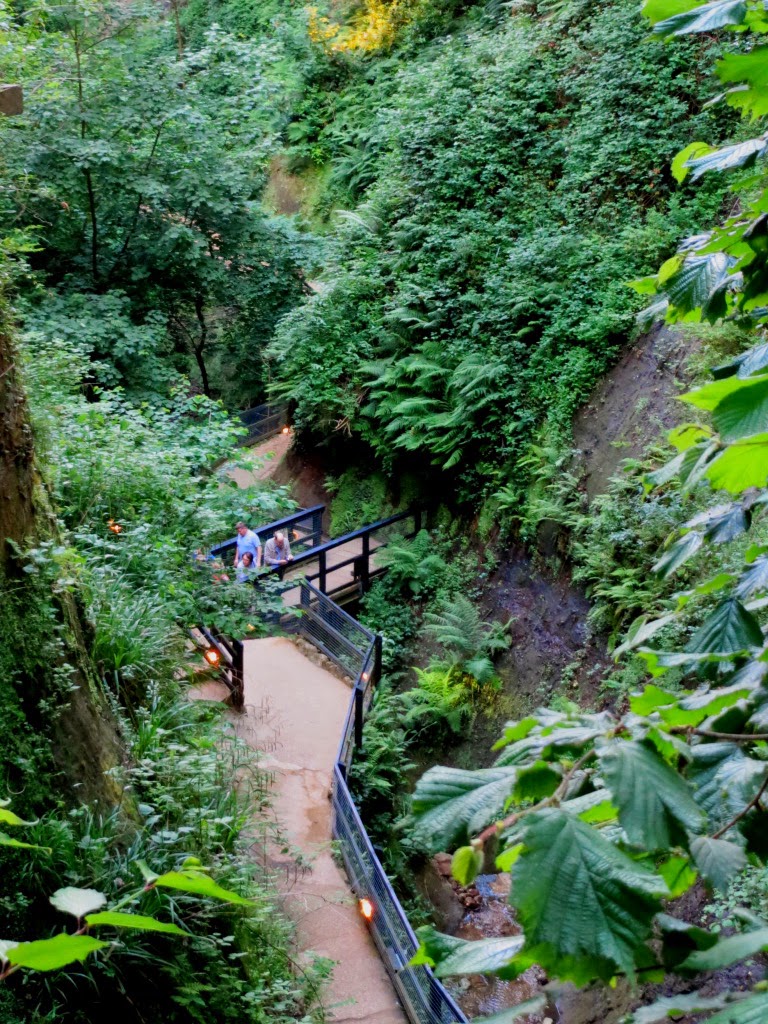 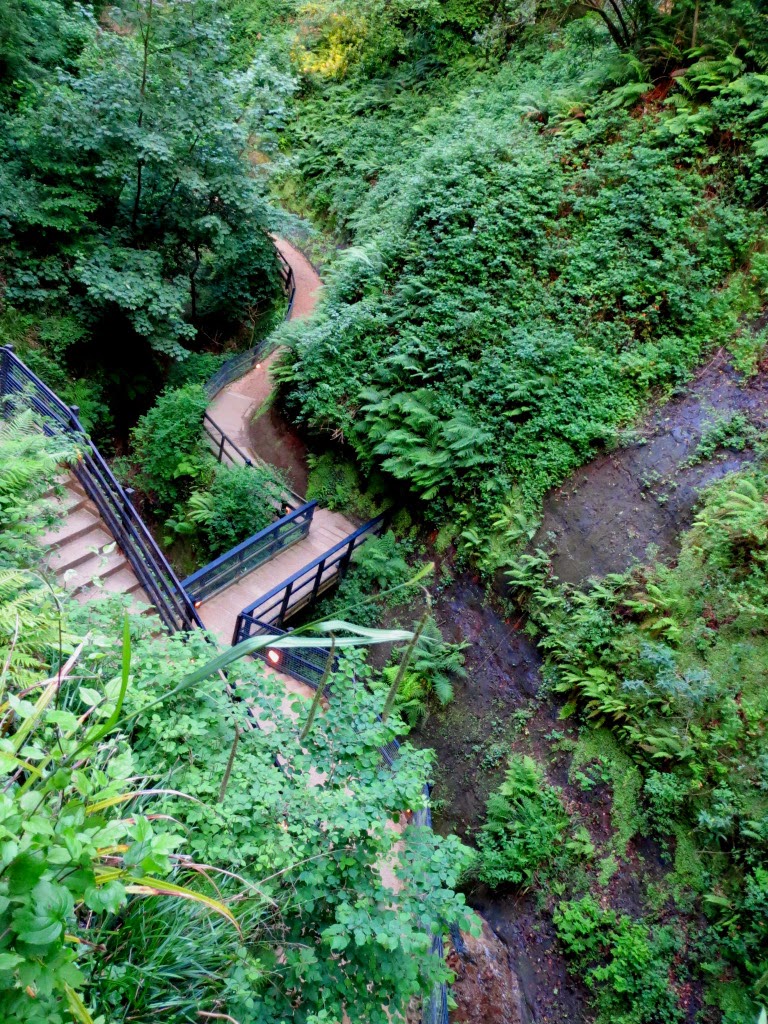 We spent a while watching a grey wagtail - a very cool little bird - hunting for insects in the stream bed ...

... before heading down into the rapidly darkening chine. 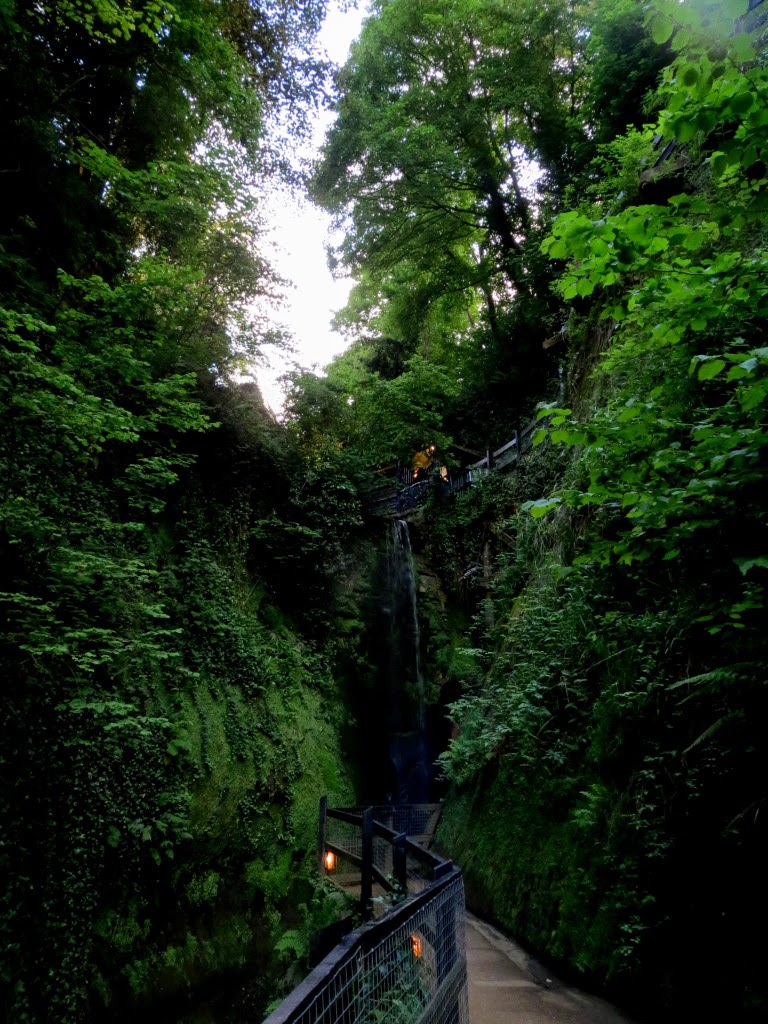 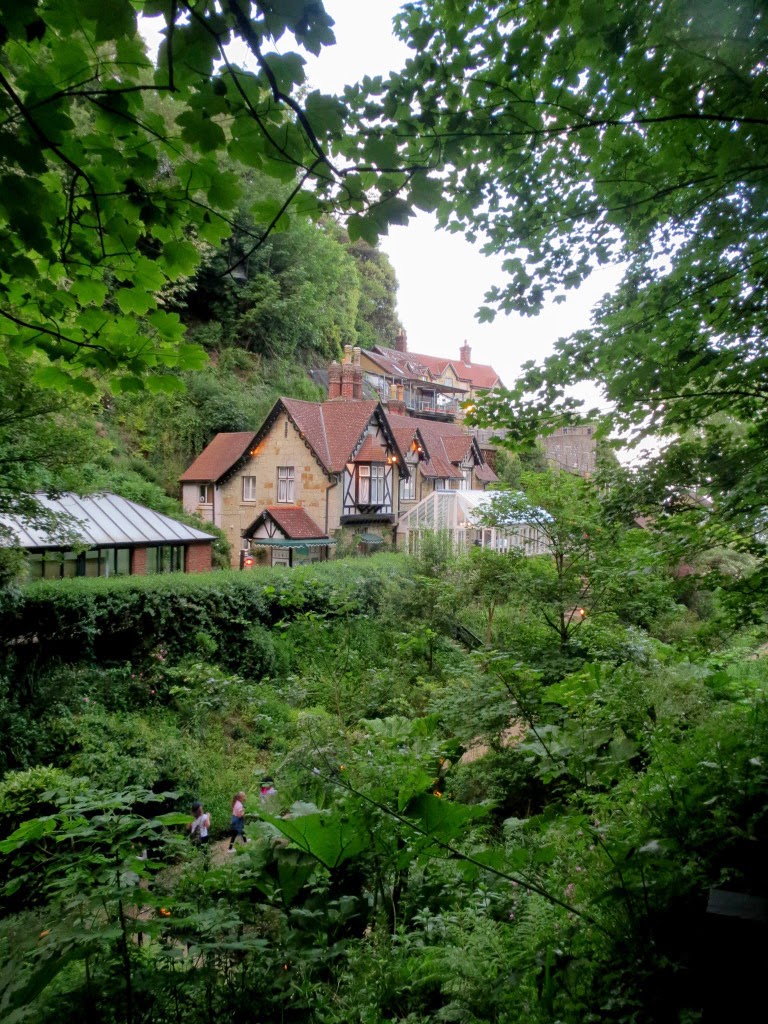 After a look around the Heritage Centre at the lower end, we returned up the Chine, by which time the illuminations were showing up better. This is the kind of thing I admit I would have despised some decades ago. The illuminations involve not-very-subtle lighting behind the foliage and inside the cascades, making them periodically change colour. And yet the whole effect is very atmospheric; it's worth experiencing, especially toward closing time when it's getting very dark. 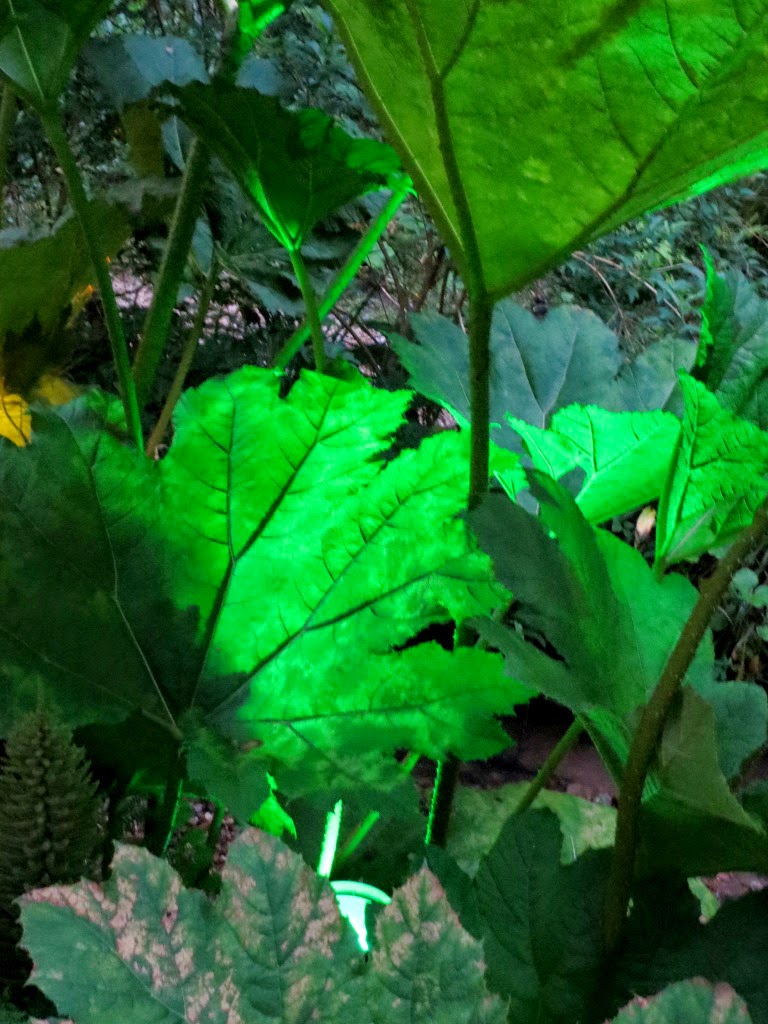 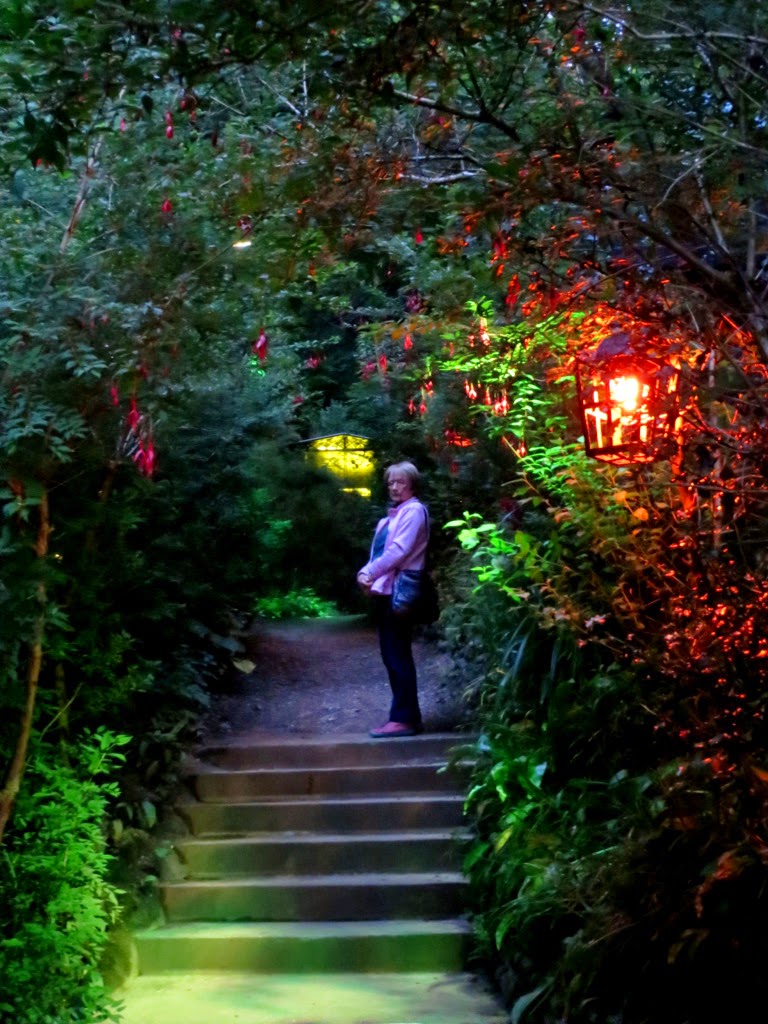 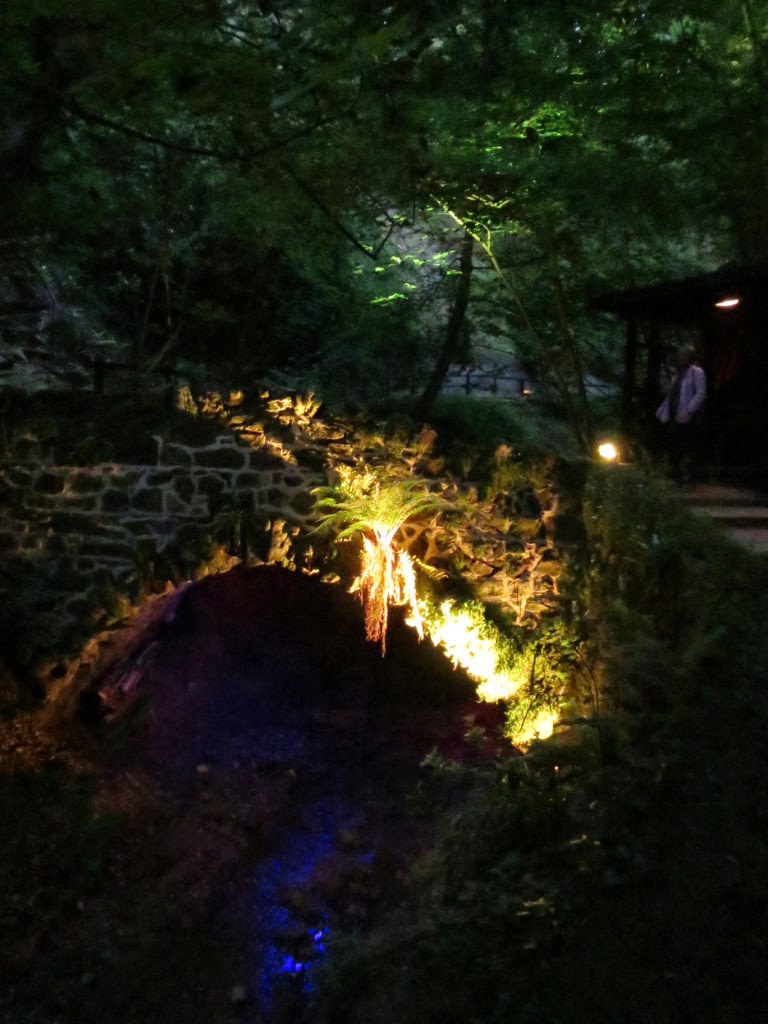 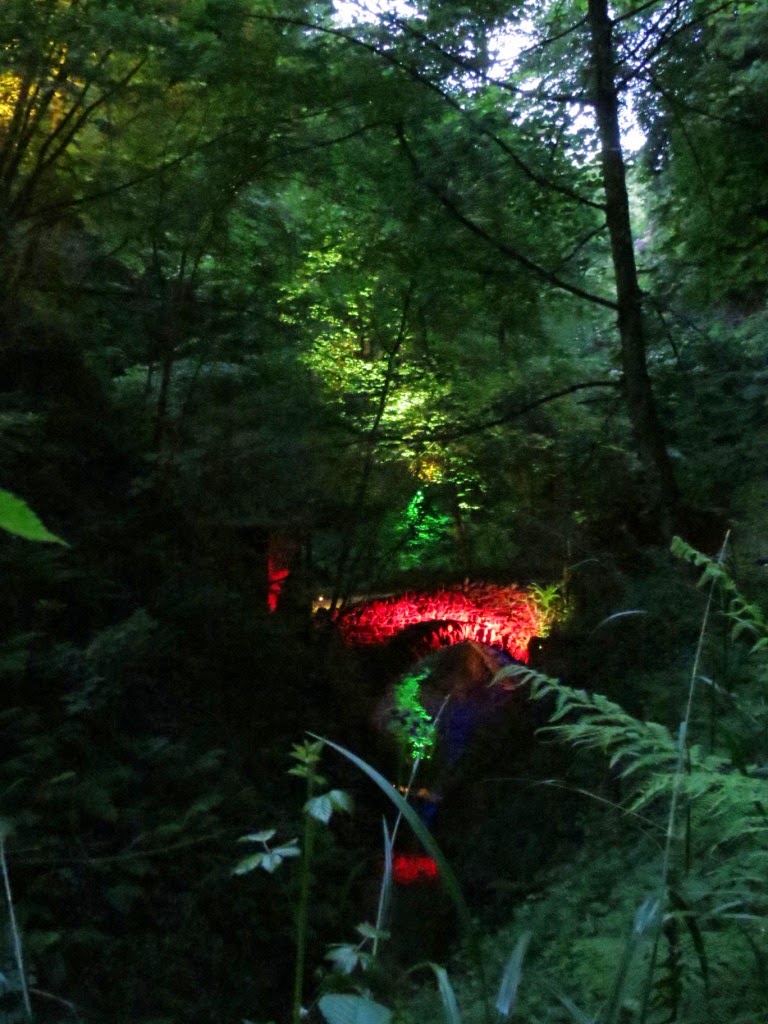 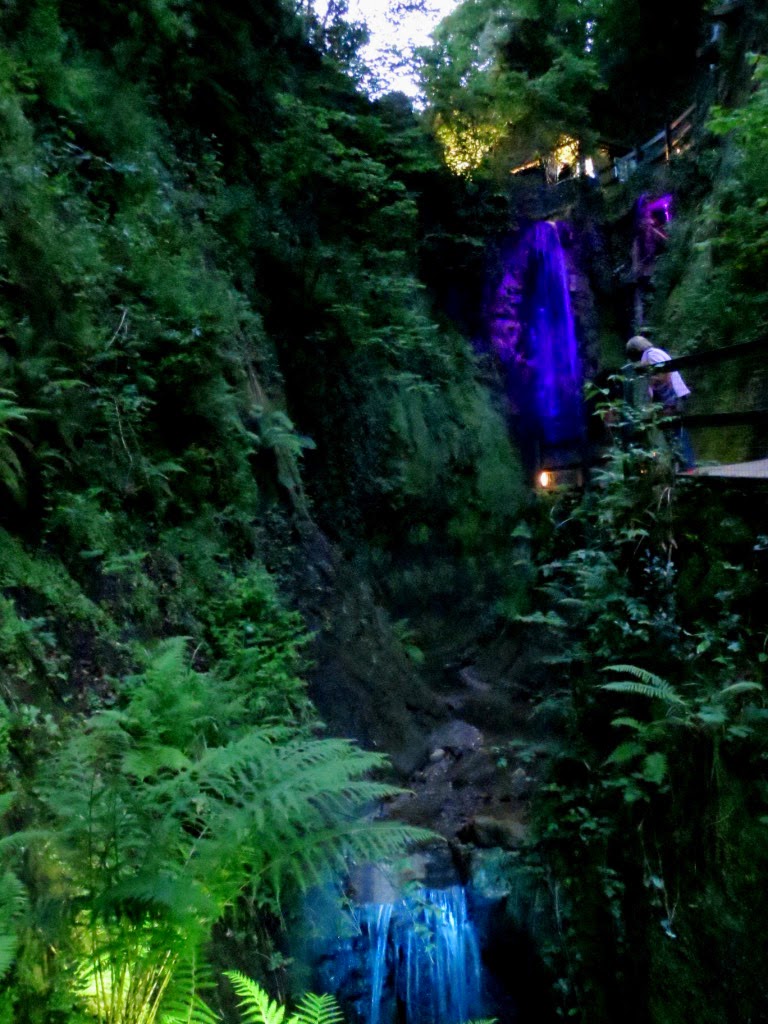 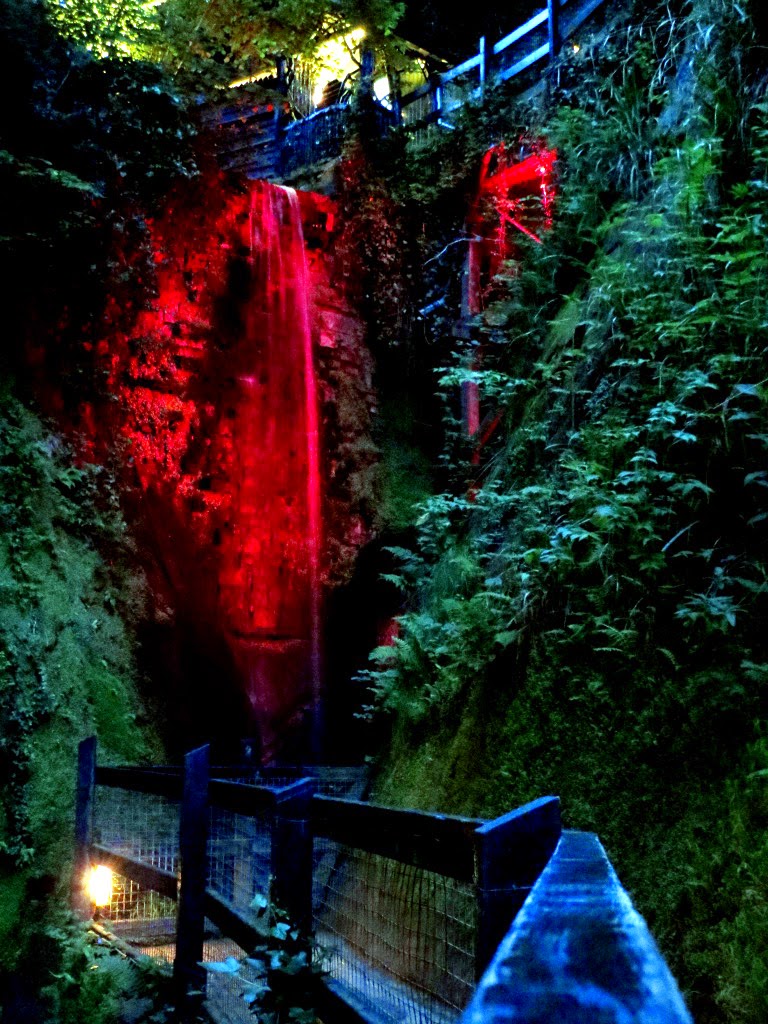 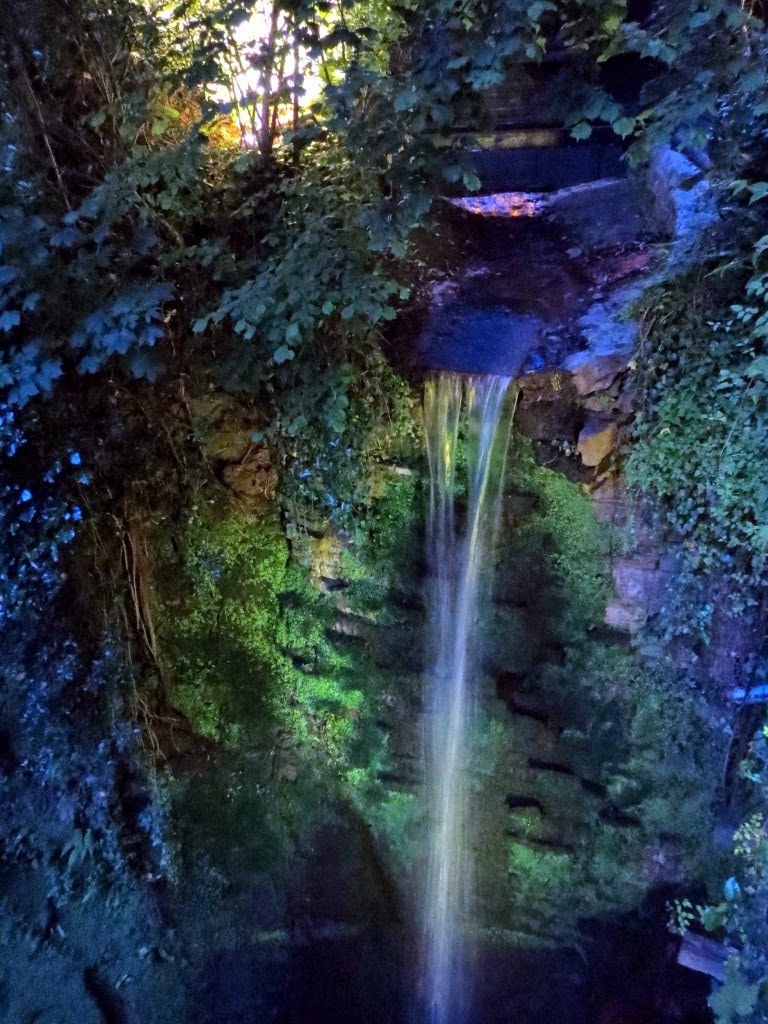 I just found this image in the 1866 Fenwick guide. The Chine doesn't change much. 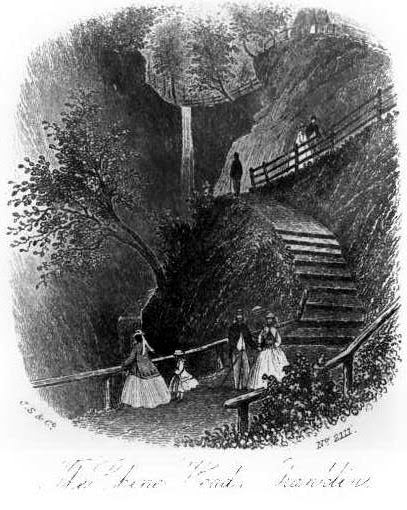