I don't write much directly personal stuff here, but I just wanted to share a photo of my father Morris, who we saw when we visited the Island last week.

In 2011, I wrote a bit about the circumstances of our long separation and reunion (see On going back) and a little about his background, which included being conscripted into the Korean War at 19 (see To the Last Round and the BBC interview for the 60th anniversary commemoration, Private Morris 'Brassy' Coombes recalls Imjin River battle). 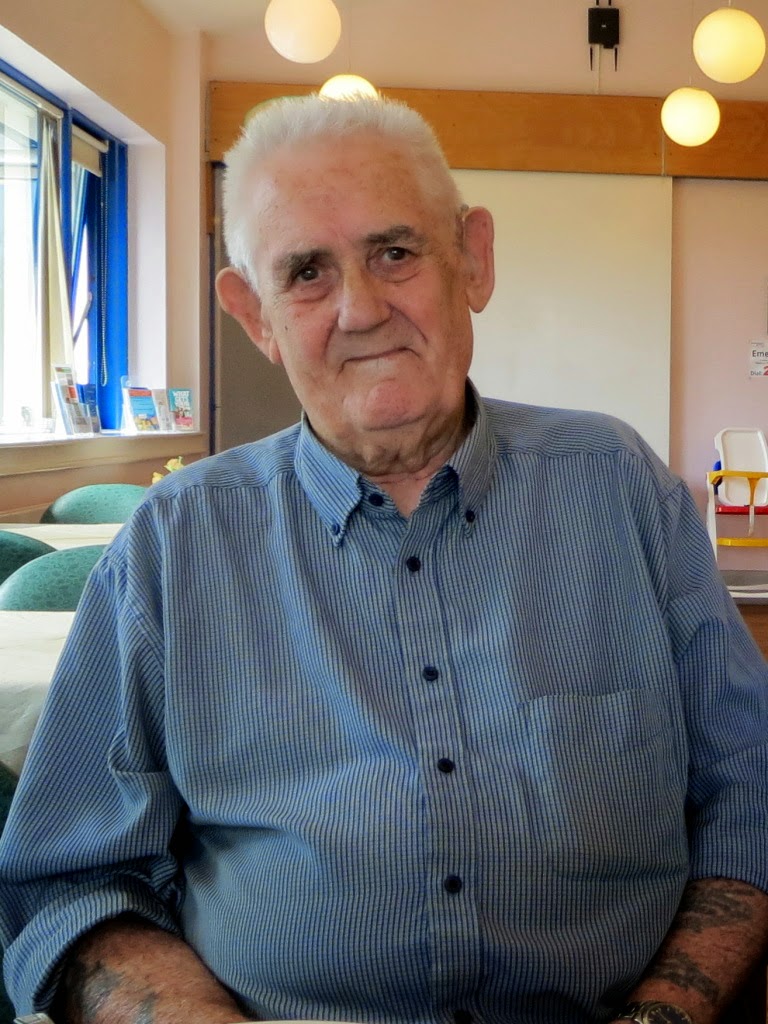 I'm still in awe at his resilience at going through such an appalling experience, and coming out of that, and not the easiest of lives in general, as a strong, kind and philosophical guy. It's a joy and honour to know him.

Email ThisBlogThis!Share to TwitterShare to FacebookShare to Pinterest
Labels: iow