More from Tuesday: from Whippingham Church, we headed southward toward Newport along the east bank of the River Medina: a rural walk not without traces of industry past and present.


The Isle of Wight has many quirks of landscape fitted into such a small area, and one is the Medina: two fairly insignificant streams join at Newport (bottom left of above image) where  the Medina immediately turns into a navigable tidal river - geographically a ria - leading northward to the Solent at Cowes. This, out of interest, is the river called the Mede in Maxwell Gray's The Reproach of Annesley, in which Newport is "Medington".

I didn't explain in the previous post that we were on the Island for reasons unconnected with recreation; my stepmother is terminally ill, and everyone from the family is visiting. Though there's nothing we can do to help practically, nevertheless we wanted to visit as she always has been superb in welcoming us in what could have been a very difficult situation (son from Dad's first marriage turning up after 50 years). Anyhow, we had the morning free before going to the hospital, and a few miles along the riverside path looked a pleasant way to fill it.

The churchyard of St Mildred's at Whippingham overlooks the Medina valley ... 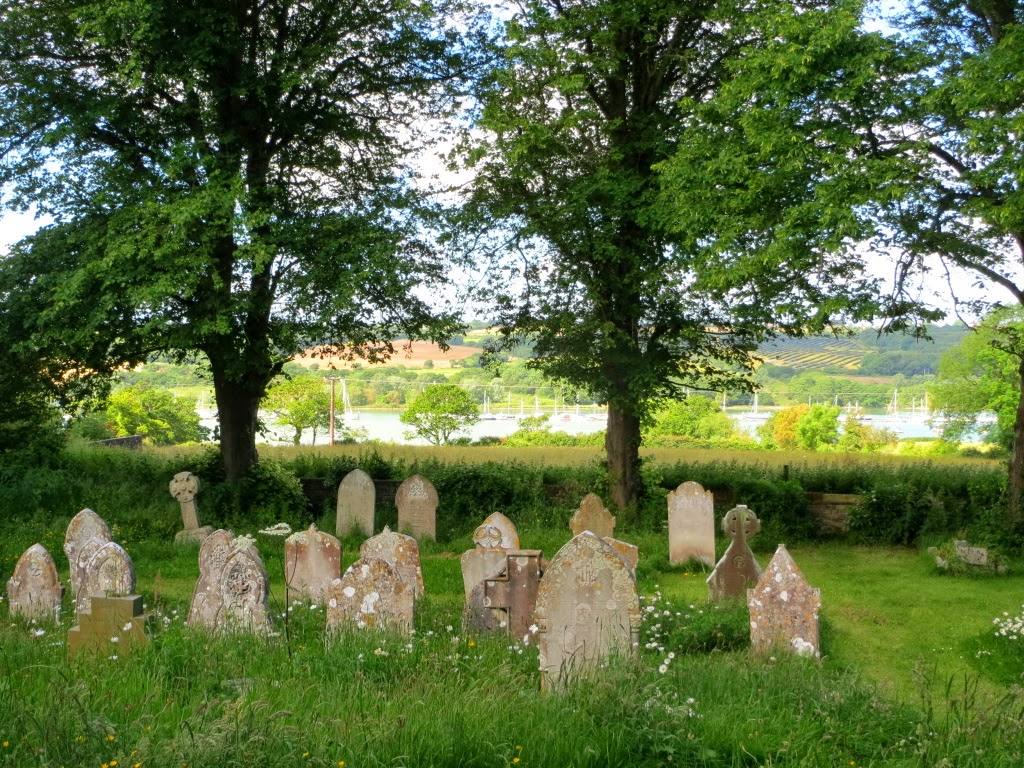 ... and an adjacent path takes you down through fields and woodland to the river path at The Folly inn. 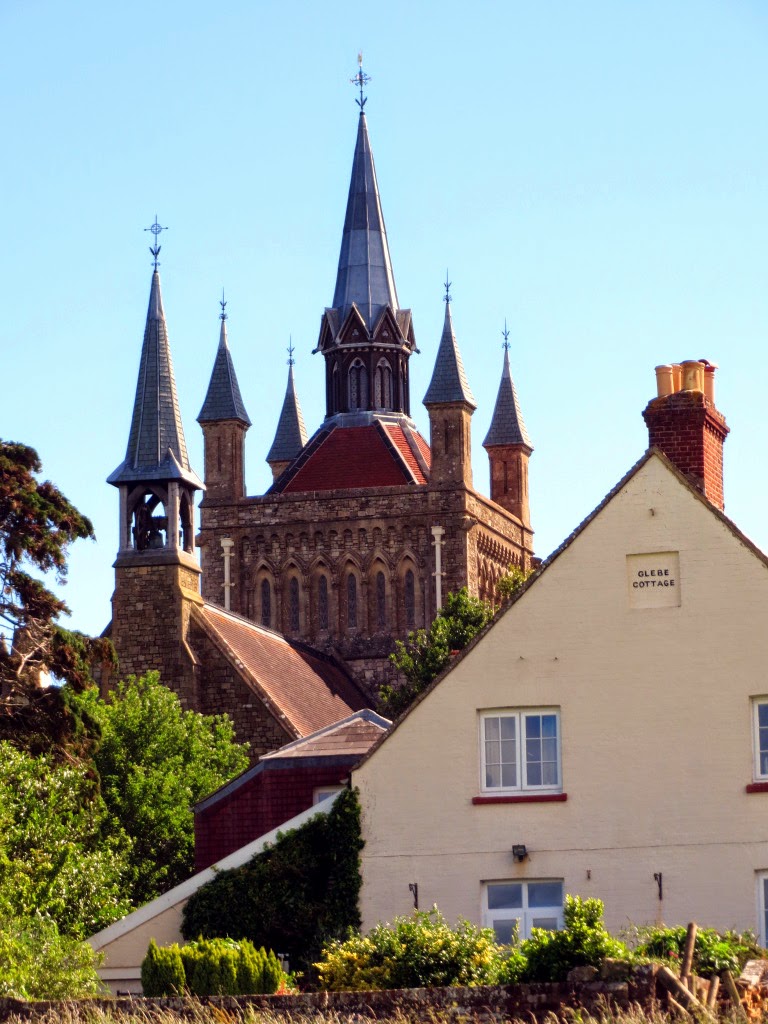 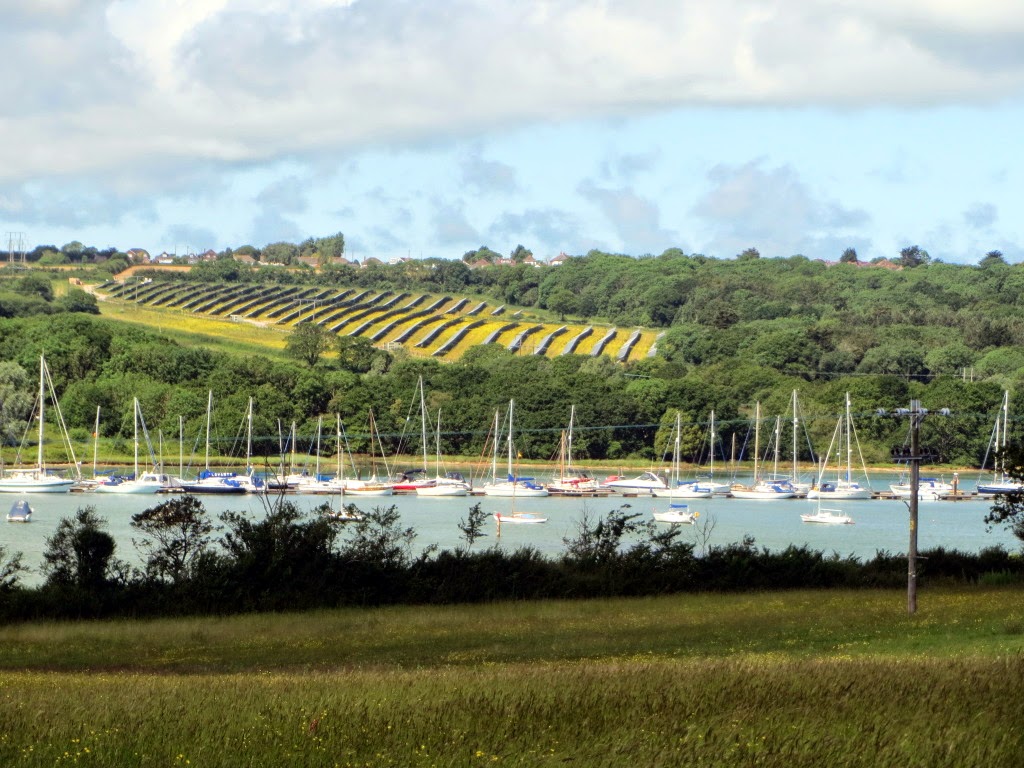 A large tract of the woodland here is bordered by fence with draconian Keep Out signs. This is the derelict site of the old Folly Works of the nautical and aeronatical company Saunders-Roe (aka SARO). A signboard explains the history, which includes a number of innovative projects: 'flying boats', the SR.N hovercrafts, launch rockets for the British space programme, and the collapsible canoes of Operation Frankton ("Cockleshell Heroes") fame. 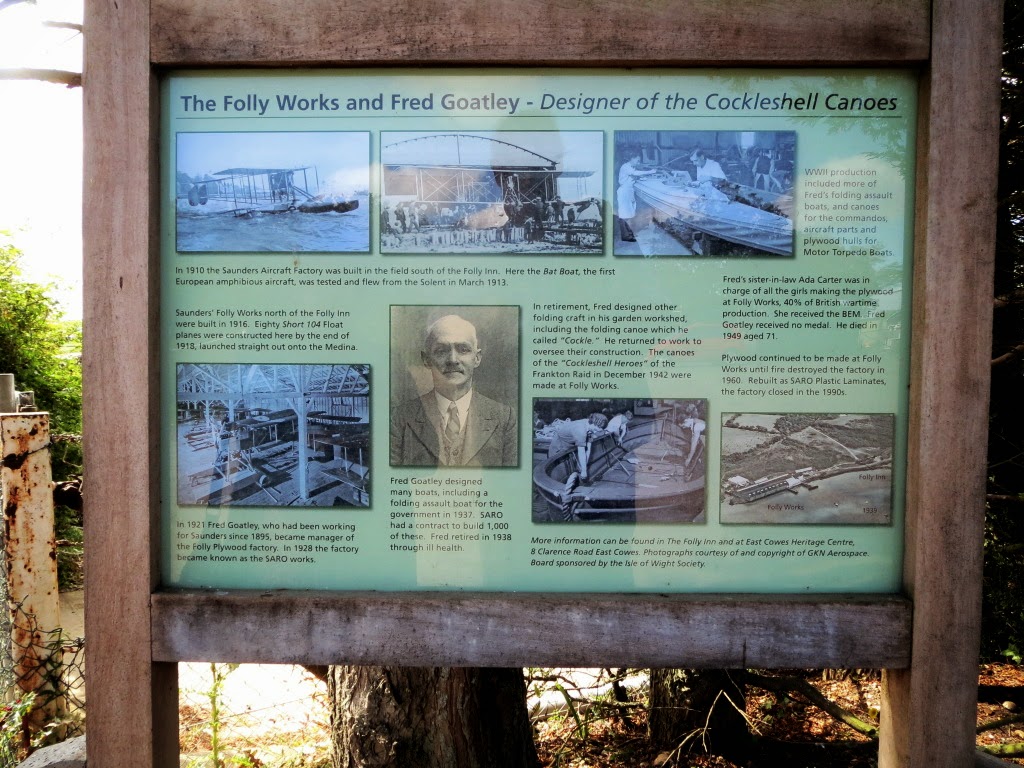 From the Folly Inn (see "Oystericus" for more on this) the path follows low-lying tidal pasture as far as the Island Harbour marina. 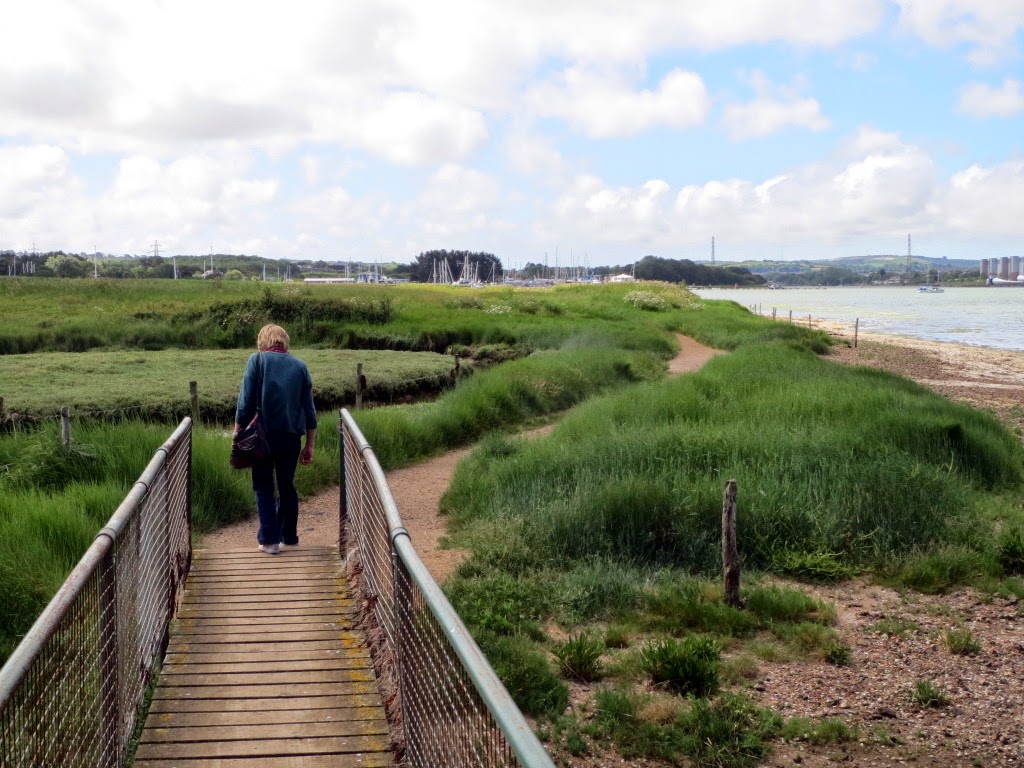 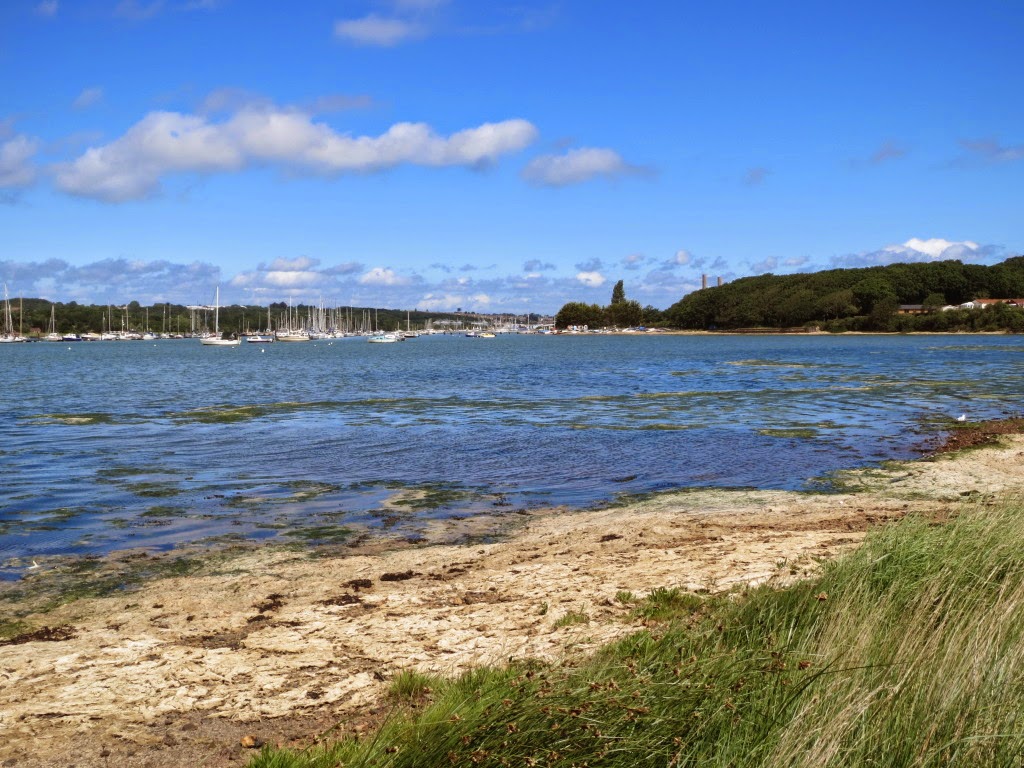 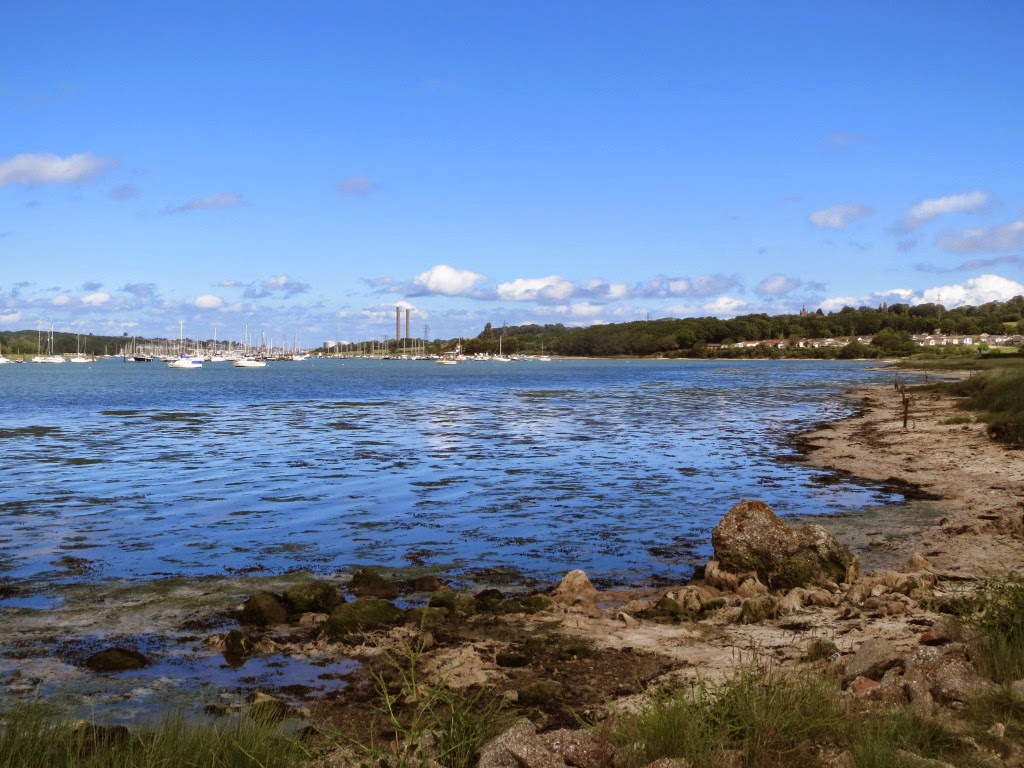 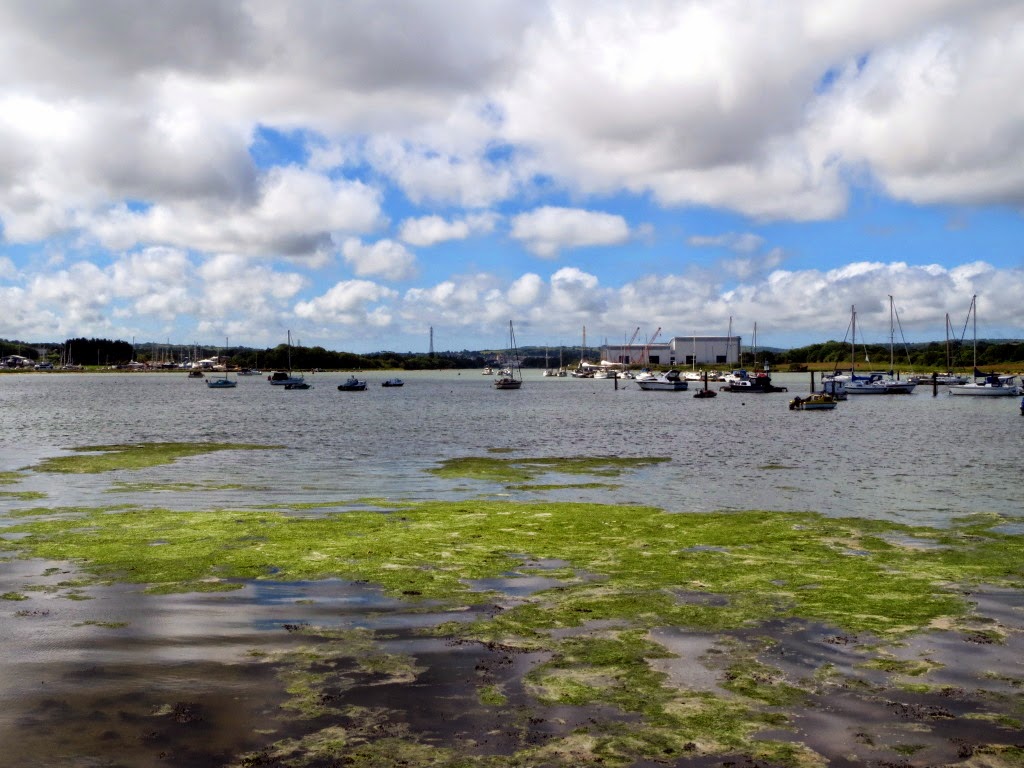 There you see the sorry site of the rusting and now unsalveagable hulk of the paddle steamer PS Ryde (aka Ryde Queen) - see Wikipedia. 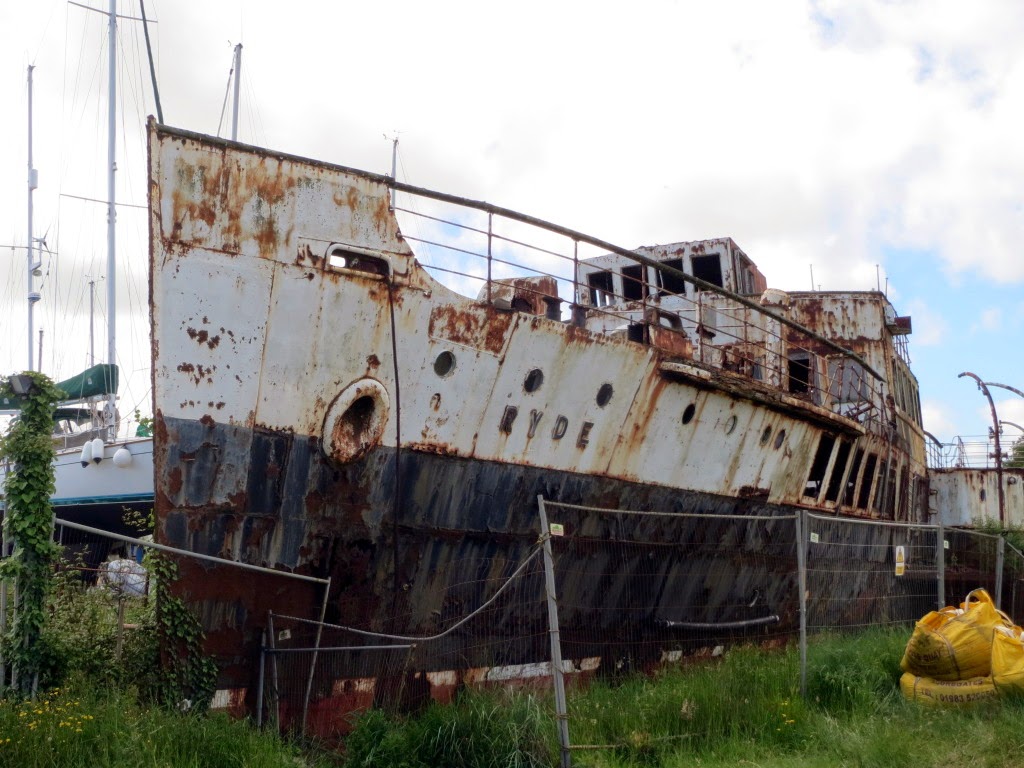 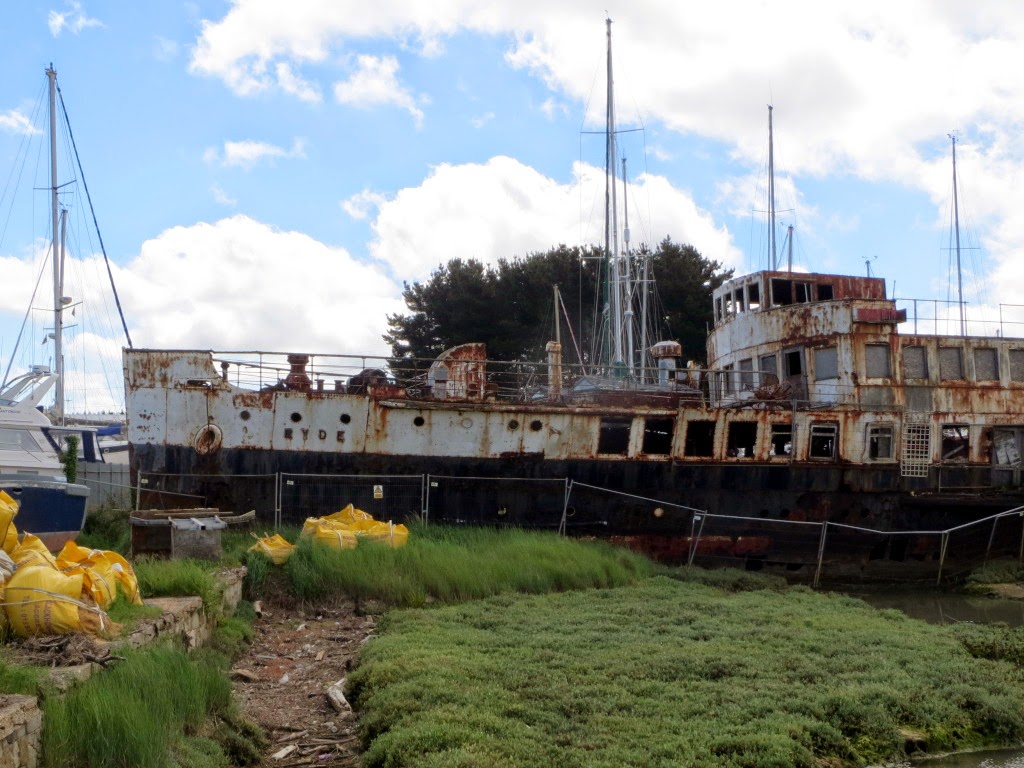 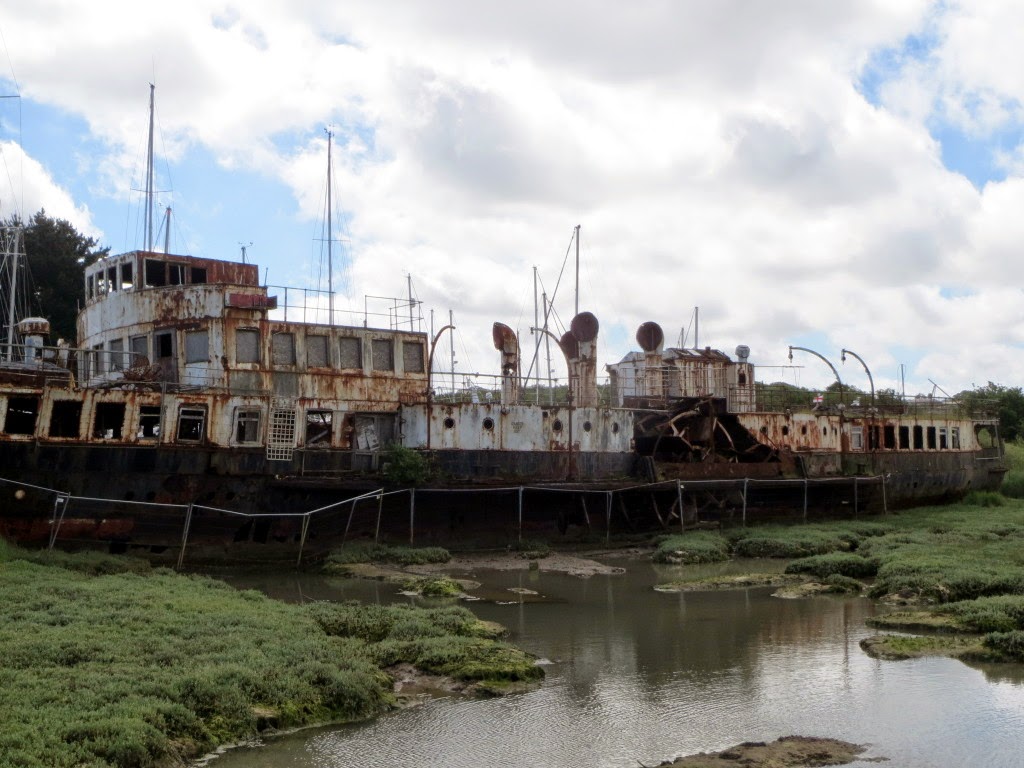 At this point, we were going to finish the walk by the path into Newport, but had totally forgotten about the Isle of Wight Festival, taking place on the riverside fields at Fairlee ... 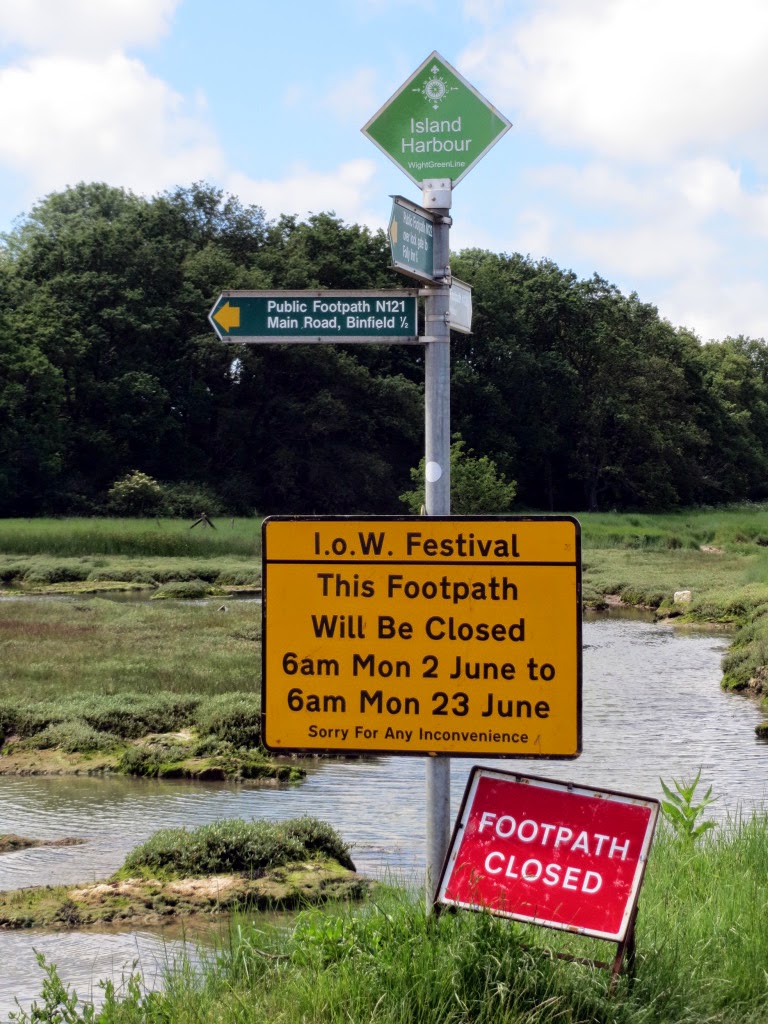 ... but fortunately there's a very affordable river taxi service from the marina, and after watching a wind turbine blade pass by on its barge, we went by water into Newport Quay. 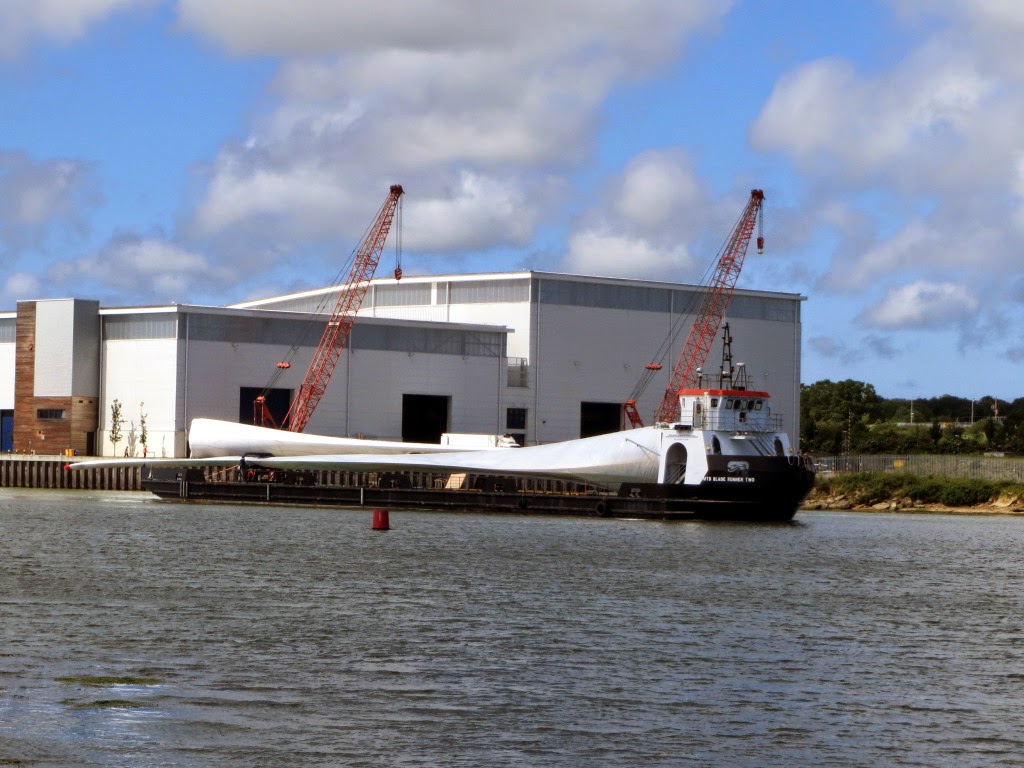 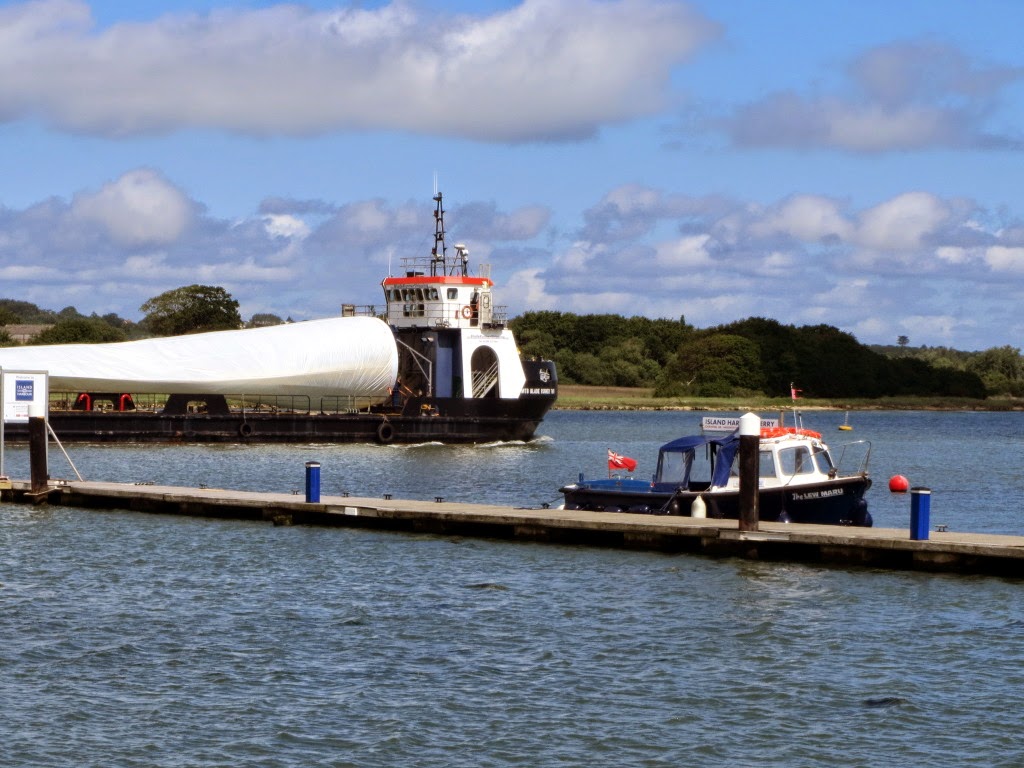 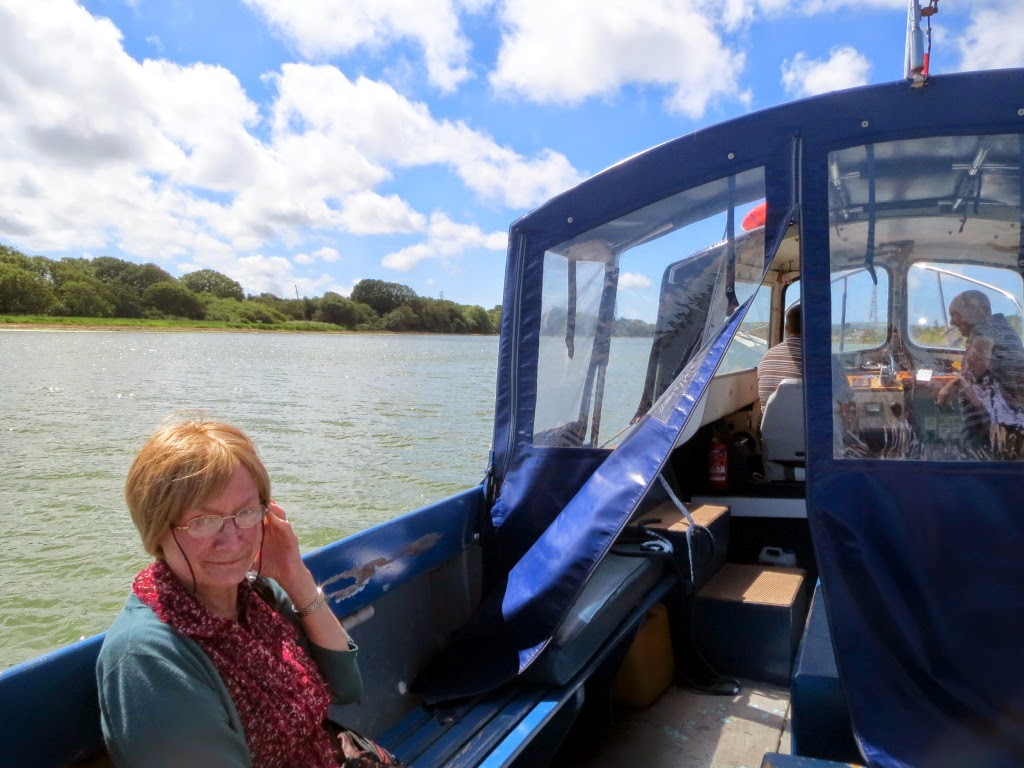 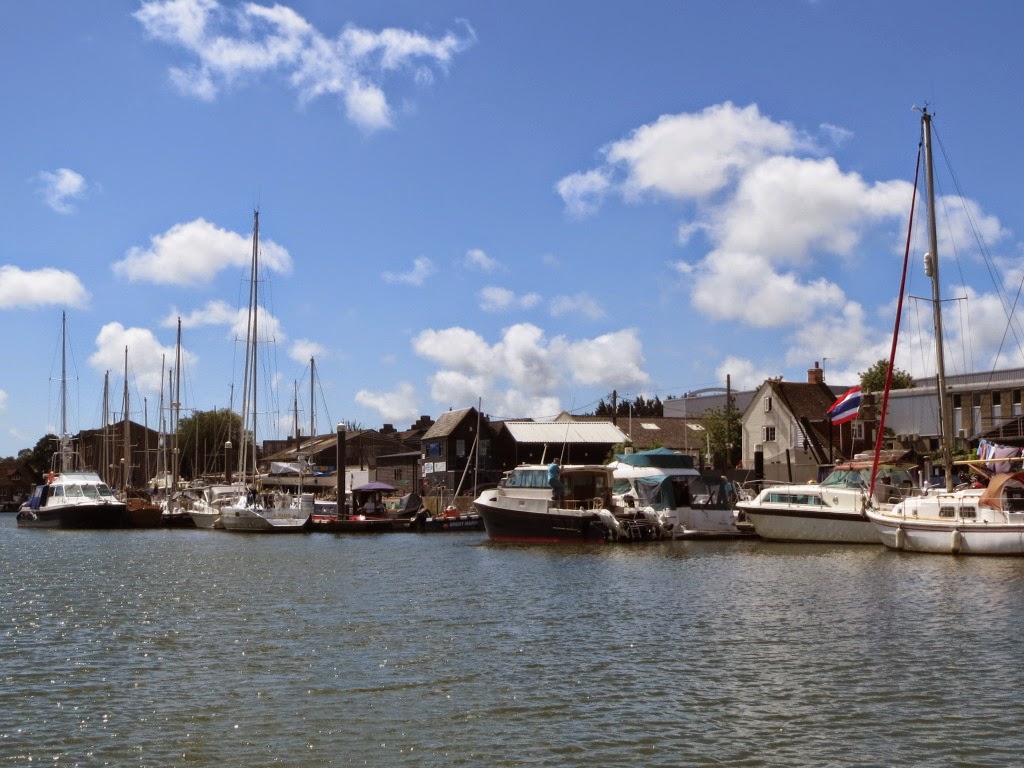 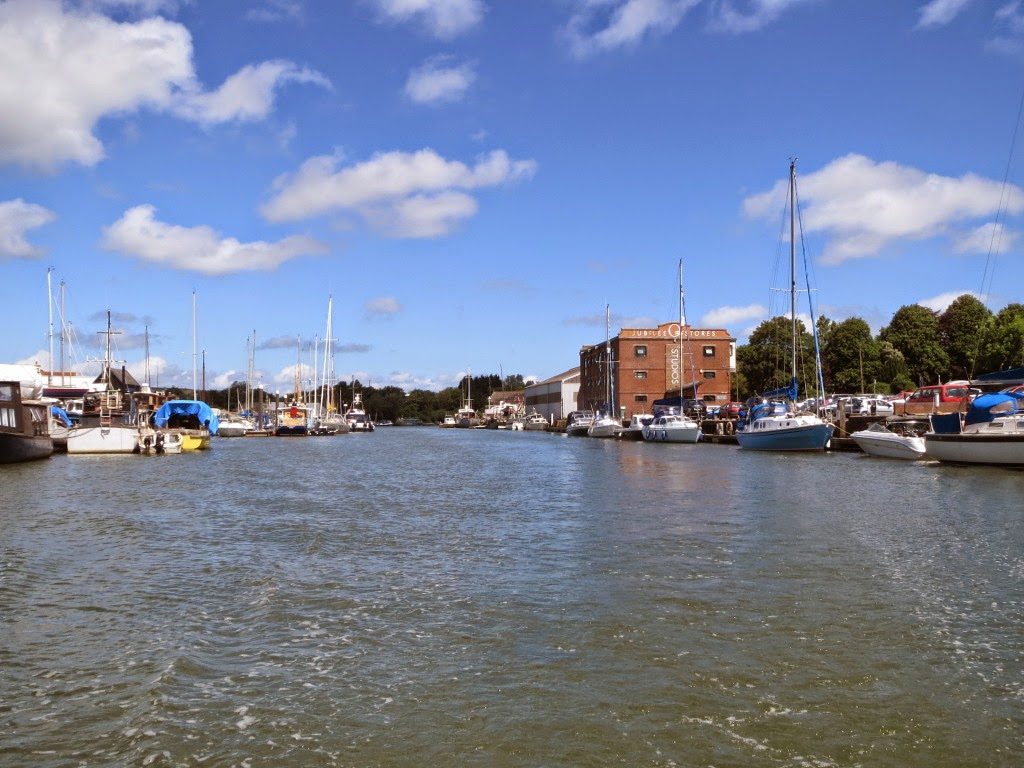 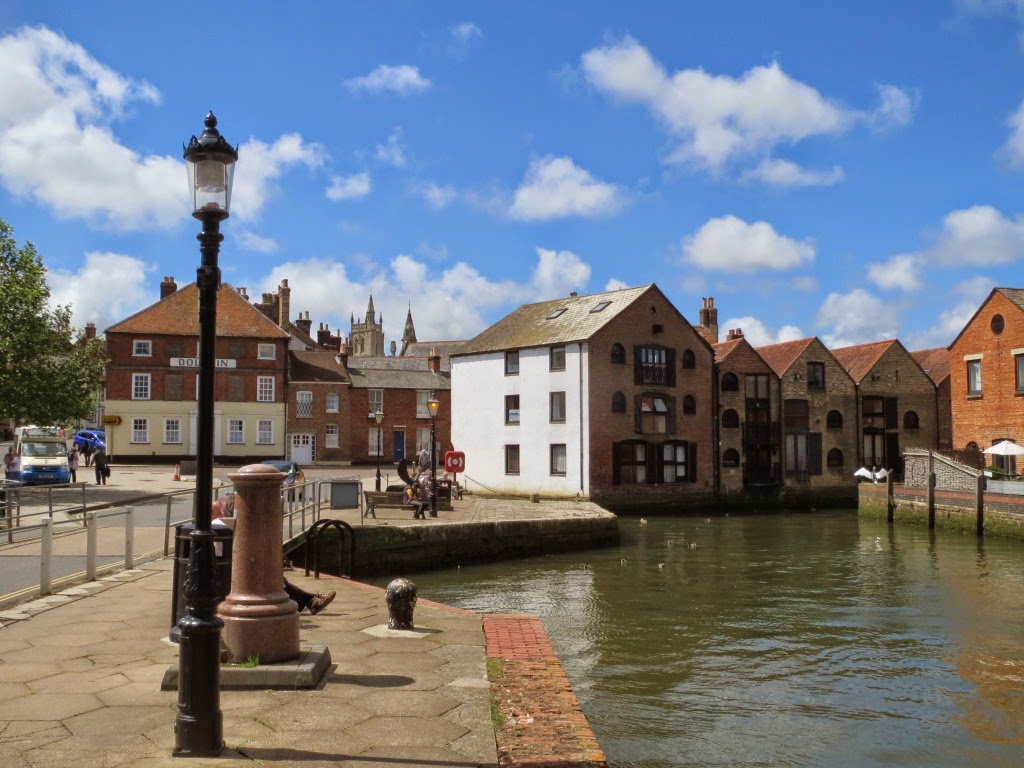 Isle of Wight Council has a very good leaflet on this stretch of the river - Waterside Whippingham.

(The Medina riverside has distinctly gentrified since AM Haslehust painted it in the very early 1900s). 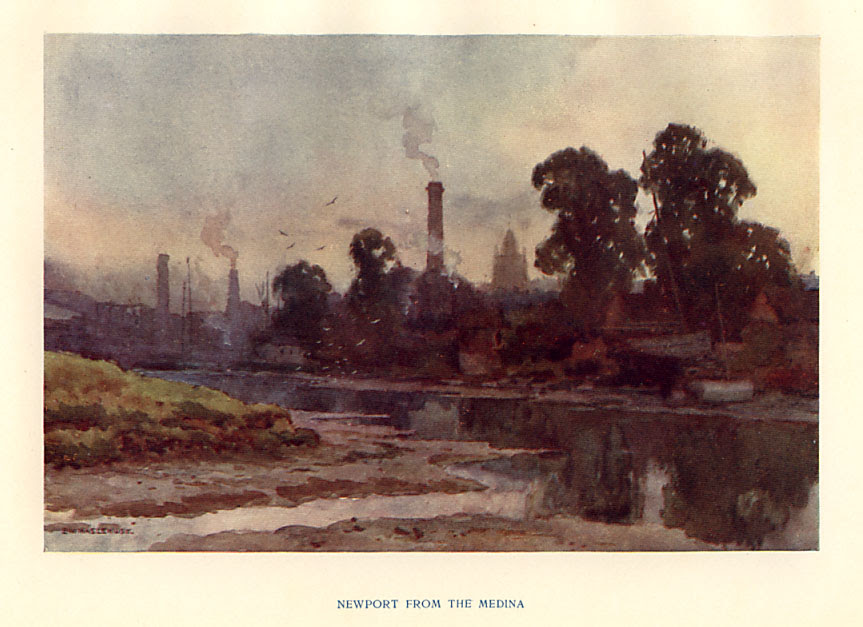