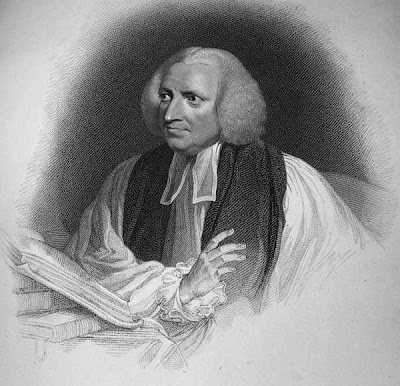 Further to the previous post, I ran into some interesting detail on a character who figures prominently in the descriptivism/prescriptivism debate. Robert Lowth (1710-1787) generally appears as one of the chief villains in the story, often cited as a prime originator of prescriptivist poppycock. Here's a typical description:


However, there were other eighteenth-century purists whose inﬂuence may have equalled that of Johnson, but whose statements and strictures were related not to usage, but to their own assumptions and prejudices. The most notable of these was Robert Lowth, Bishop of London. A prominent Hebraist and theologian, with ﬁxed and eccentric opinions about language, he wrote A short introduction to English grammar (1762), which had a surprising inﬂuence, perhaps because of his own high status. Indeed, many schoolroom grammars in use to this day have laws of ‘good usage’ which can be traced directly to Bishop Lowth’s idiosyncratic pronouncements as to what was ‘right’ and what was ‘wrong’. His grammar is bespattered with pompous notes in which he deplores the lamentable English of great writers. He set out to put matters right by laying down ‘rules’, which were often based on currently fashionable or even personal stylistic preferences. For example, contrary to general usage, he urged that prepositions at the end of sentences should be avoided
...
In brief, Lowth’s influence was profound and pernicious because so many of his strictures were based on his own preconceived notions. In retrospect, it is quite astonishing that he should have felt so confident about his prescriptions. Did he believe that, as a bishop, he was divinely inspired? It is also curious that his dogmatic statements were so widely accepted among educated Englishmen. It seems that, as a prominent religious leader, no one questioned his authority.

However, it appears that the whole topic of prescriptivism origins has its urban myths and garblings, and even among seemingly authoritative texts there are conflicting stories about, for instance, who coined the rule against split infinitives. In that vein, Ingrid Tieken-Boon van Ostade has compiled Prejudices, errors, misconceptions about Lowth and his grammar, a debunking of many of the claims about Lowth. For example, contrary to general belief, he said nothing about split infinitives: grammar pundits only started raising this point some 50 years after his death. He was evidently not a figure who expounded his grammatical views from the pulpit; the grammar was written before he became a bishop, and was originally written for his son. Nor were his opinions presented as hard rules; for example, his view on prepositions at the end of a sentence explicitly states that it's a matter of 'house style' rather than a command never to use the construct:


The Preposition is often separated from the Relative which it governs, and joined to the verb at the end of the Sentence ... as, ‘Horace is an author, whom I am much delighted with’ ... This is an Idiom which our language is strongly inclined to; it prevails in common conversation, and suits very well with the familiar style of writing; but the placing of the Preposition before the Relative is more graceful,as well as more perspicuous; and agrees much better with the solemn and elevated style.

The list comes from Robertlowth.com, Professor Tieken's 1 website relating to Lowth and her forthcoming book The Bishop's Grammar: Robert Lowth and the Rise of Prescriptivism , due out at the end of 2010. From the blurb:


* Definitively dispels the myth of Lowth as the icon of prescriptivism.
* An in-depth account of the author of the most important eighteenth-century English grammar.
* Gives the publication history of Lowth's grammar and shows how it was plagiarized by later grammarians.
* The primary basis of the book is an unpublished collection of Lowth's correspondence.
* 2010 is the three hundredth anniversary of the birth of Robert Lowth.
* Lowth was Professor of Poetry at the University of Oxford 1741-51 and Bishop of Oxford 1766-77 and London 1777-87.
* Lowth's doctoral dissertation, De Sacra Poesie Hebraeorum Praelectiones, was published in 1753 by the Clarendon Press.
...
Given the widespread current prejudices about Lowth and his grammar this book is likely to arouse passionate arguments for and against his ideas. Professor Geoffrey Pullum (Edinburgh) and John Humphries would be pro and Professor David Crystal and Melvin Bragg likely to be anti. The book will appeal to scholars and students of the history of English and linguistic historiography and to all those interested in questions of linguistic correctness.

It looks fascinating (even if the price is daunting). Meanwhile, Lowth's A short introduction to English grammar is available in full via Google Books. If you just read the introduction and the footnotes, he does come across as a rather curmudgeonly decline-of-English grump, but Professor Tieken's point is that the book needs taking as a whole, and as such it's an extremely creditable attempt to descriptively analyse, concisely and clearly, the grammar of English.

Of connected interest, see the home page for The Codifiers and the English Language and its associated weblog. It raises interesting questions about the "codifiers", the pundits who pronounced on language in the 18th century:


Where did the eighteenth-century codifiers find the linguistic norm they advocated in their grammars? How did their own language compare with the norms of correctness they formulated? What was the effect of normative writing on actual usage?

In hindsight, their efforts can't have been that effective; even with a privileged fast-track into grammar books in the educational system, they were unable to gain universal acceptance of their views. English, it seems, was far too robust to be remodelled by a few pet peeves. But it did give rise a schism: a viral thread that propagated many of these memes among some educated people, to coexist in permanent tension with the views of other educated people who didn't swallow them.

Addendum: Ingrid (Professor Tieken) added in the comments that


The Bishop's Grammar was published a few days before what would have been Lowth's 300th birthday, on 27 November 2010. To commemorate this anniversary, a symposium was held at Winchester College (Lowth is an "old boy" from the College), where first copies were presented to the Master of the College and to Anthony Lowth, one of the bishop's descendants. 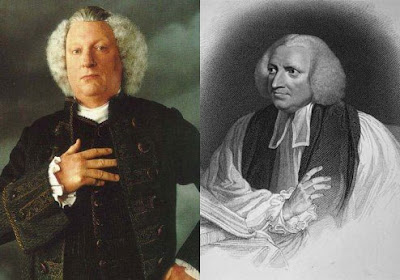 PS Irrelevant aside: something about the image of Lowth was familiar. I just realised what: he has a remarkable resemblance to Jeffrey Jones as Reverend Steenwyck in the Tim Burton film Sleepy Hollow.

1. I think this is the correct form; apologies if not.