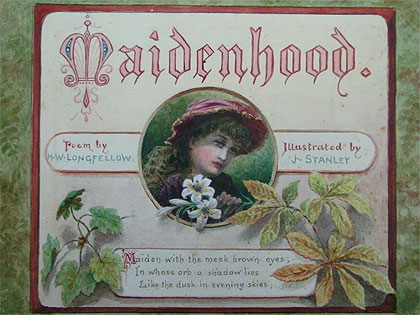 A nice bibliographic experience yesterday; I had a chance to look at an unusual edition of Henry Wadsworth Longfellow's poem Maidenhood. In 1887, this was published in a pleasant softback edition, illustrated by a J Stanley and printed to high standards by E. Kaufmann, Lahr (Baden). 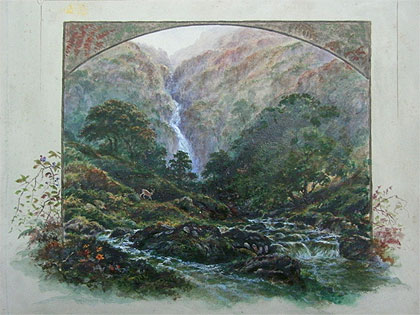 However, the version I saw was more than this: an album of the original watercolours, bound as a presentation book with a copy of the print edition, dedicated by the artist, in a pouch in the back. I couldn't resist photographing a few of the plates - which the American Bookseller described as "rich in idealism and romance" - as they're rather lovely. I haven't been able to find out anything about the illustrator, J Stanley; the paintings are skilled, but mildly naive. 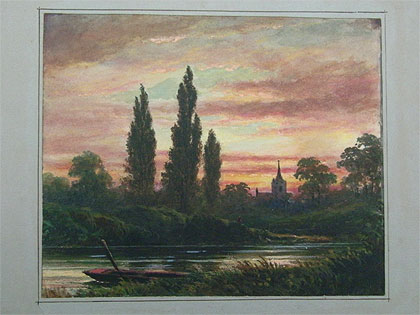 An article on Longfellow in The Literary World, January 28, 1887, tells this story:

A clergyman in the States once preached a sermon from this poem, and told of a strange student of "Maidenhood." This was a poor lone woman, dwelling in a hut that stood in a bare tract of the North-West. From an illustrated paper she had cut a picture of a young girl, and pasted it on her wall. Longfellow's poem was printed below it. There, day by day, as she stood at her bread-making or her washing, she gazed at the young face, pondering the words of the poet until both face and poem worked themselves into her nature. When the clergyman happened to call at her cabin, and noticed the humble attempt at decoration, the old woman was able to talk of "Maidenhood" and draw from it such meanings as astonished the visitor, and sent him home with keener views into life's beauties. This story typifies the relation of Longfellow to humble readers all over the world, and such a relation is his chief glory. 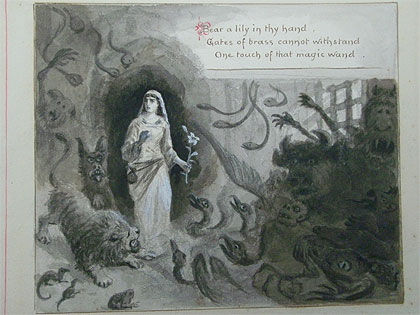 As to drawing meanings from the pictures, this one strangely reminds of Clare going into the kitchen in the morning to feed the cats.