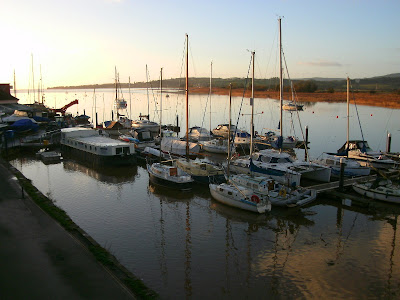 Best wishes for 2013 to all my readers. After a rainy Christmas, 2013 started with a bright clear morning and a high tide on the Estuary: conditions that make those perfect picture-postcard Topsham river scenes.

I'll start the year with a news update and general apology for neglecting friends, colleagues and other regular weblog correspondents. As you may or may not know, in late 2012 I was diagnosed with cancer of unknown primary (see It ain't that kind for the details) and have been pretty exhausted a lot of the time from the three-weekly chemotherapy sessions. Although we're not talking about a cure - this treatment is aimed at remission - the good news is that it's so far working as hoped. Next week I have the last session (for now), and I'm still otherwise fine health-wise (it's all going on in obscure lymph nodes I didn't even know existed, and only shows up on scans). So, with due caution, it's looking like "game on" for 2013. Have a good year! I certainly intend to have one. 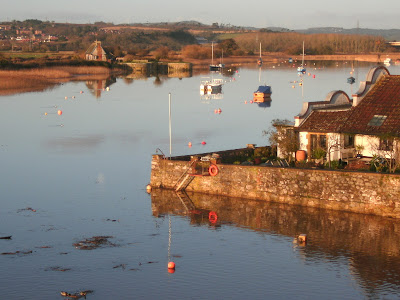 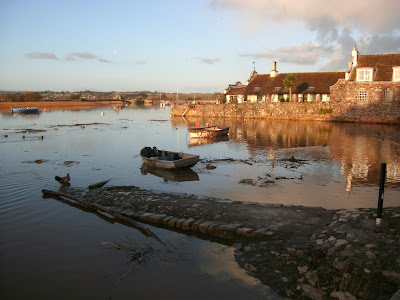 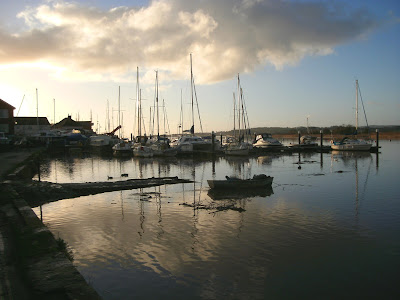 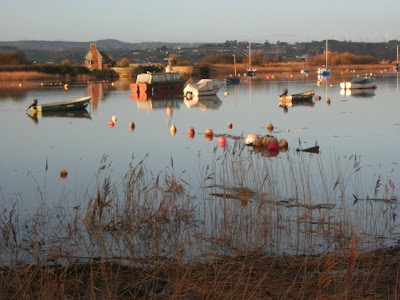