I just found a very inexpensive copy of the Kegan Paul, Trench & Trübner illustrated edition - 1897, I think - of Maxwell Gray's The Silence of Dean Maitland, and thought the illustrations, by Frederick Hamilton Jackson (1848-1923), might be of interest/amusement. I've no doubt of FH Jackson's credentials and general competence as an artist (see Wikipedia) but some of these illustrations are distinctly strange in proportions and style. He has done his homework, however, and some of the locations are identifiable. The Internet Archive has a number of books by him. Also out of interest - an example of the general Victorian small world - Jackson married a Fanny Boole, a niece of the mathematician George Boole. 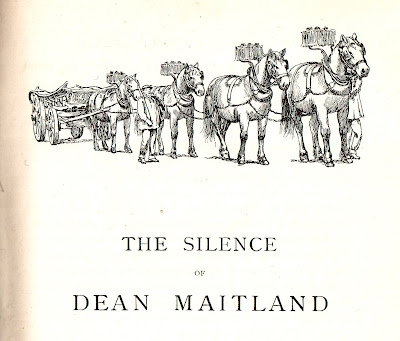