Spring for a day

On Saturday, Clare and I took one of our regular walks around Exmouth, and along the beach to Orcombe Point and back - around four miles - taking in the newly-developed Jurassic Coast Gateway site - which, maybe for the benefit of the infirm or plain lazy, has been newly-built in addition to the pre-existing official Jurassic Coast start at the Geoneedle site on the clifftop above.


Lovely afternoon: snacking on kabanosy (dry smoked sausage) and rogaliki (little jam pastries) from the Polish deli on Rolle Street, as we strolled up along Little Bicton Street into the folksier part of Exmouth behind the Georgian terrace of The Beacon; then down through the parks of Manor Gardens and Bath Road to the beach. While a trifle chilly, it was bright enough to pass as Spring, with a fairground; donkey rides on the beach; children in swimming costumes and chullos, making sandcastles (only dogs were braving the sea); violets blooming on the cliff path; and chilled-out activity on the new paved Orcombe development: a boy on a Razor castor trike doing remarkable spins and turns, a tattooed young woman effortlessly skateboarding figures-of-eight while adjusting her shoelaces, and many other boarders weaving around the flagpole centrepiece. And it was still sunny as we headed home at seven.

Not much to say beyond that: I took some photos. 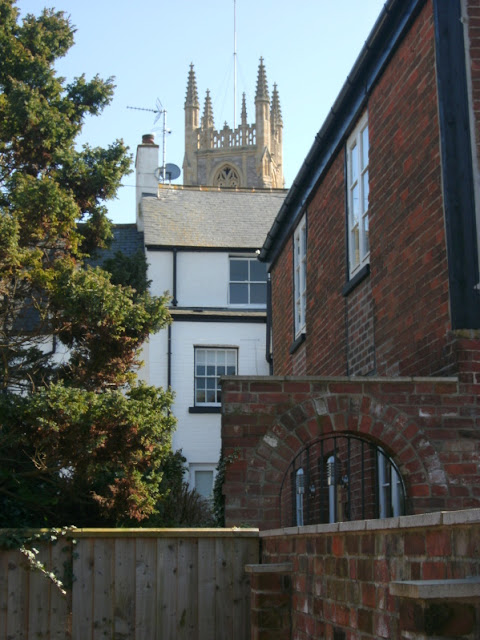 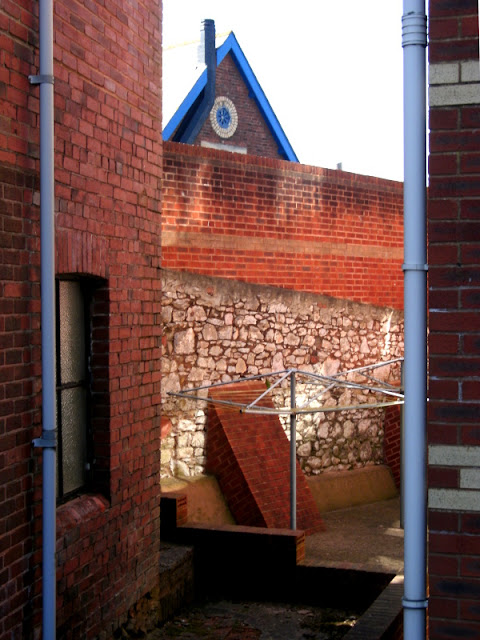 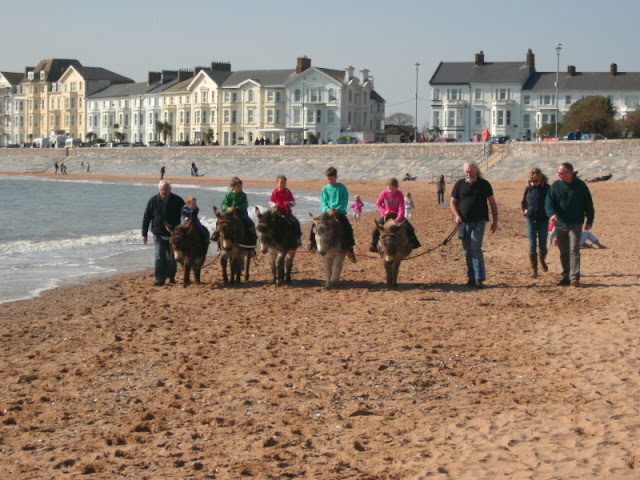 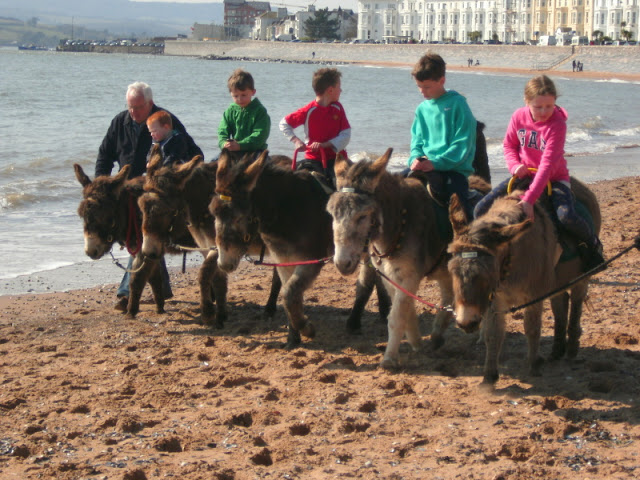 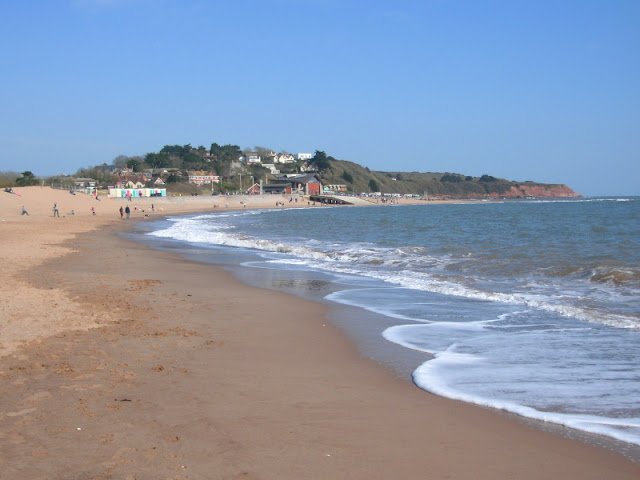 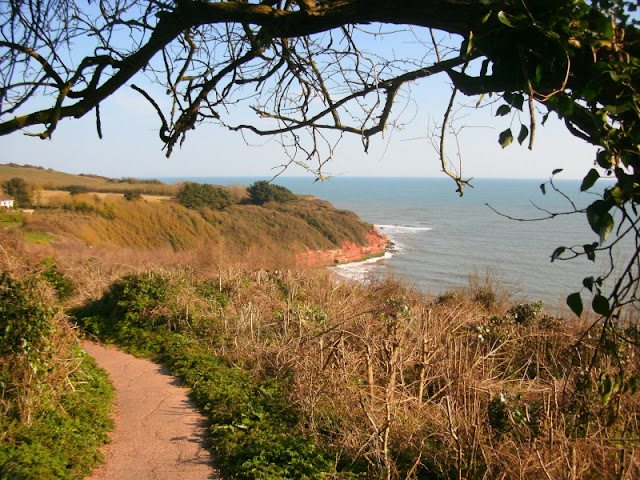 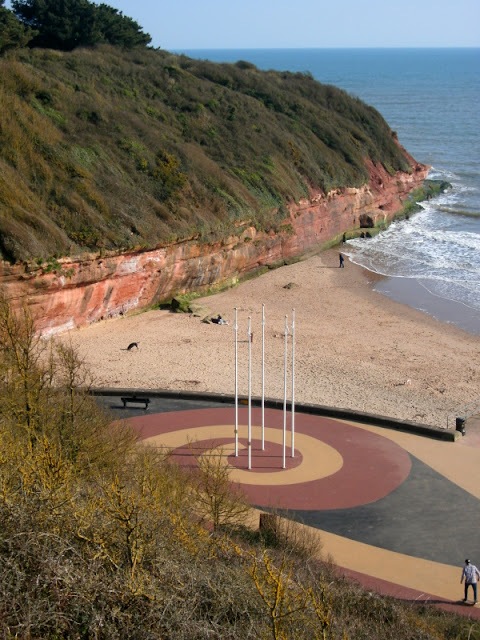