A few posts back - None so fast as stroke - I mentioned a reference to Maxwell Gray in the 1923 article, Novelists' sporting blunders, which concerns sporting bloopers in novels. I just managed to hack the whole article out of the Google snippet view.

Ouida's classic hero, who rowed twice as fast as his fellows in the Boat Race, is the supreme example of the errors into which authors who venture to deal with a phase of sport of which they are ignorant may fall. But Ouida was not much more ignorant than most of her contemporaries, and mid-Victorian literature teems with similar blunders.

Writers, however, of a later date are expected to be meticulously accurate in all of their references to or descriptions of sporting events. Everyone plays some sort of game or follows some sport nowadays, and it is therefore astonishing to find that even modern authors are guilty of errors which are obvious to the most casual reader.

Maxwell Gray's Boat Race
Maxwell Gray, the author of "The Silence of Dean Maitland," makes a curious reference to the Boat Race in "The Great Refusal," published in 1906.


Once he remembered — on a boat-race day — when every coster cart fluttered light or dark blue ribbons and the colours were in shop windows and ladies' dresses, and expectation was on tiptoe for the result of that five minutes' swift sweep over Thames waters — he remembered thinking that the sixteen god-like youths smiting the river with strokes too swift to count were, after all, of real flesh and blood like himself.

These inaccuracies are the more inexplicable as it does not require a knowledge of rowing to know that about twenty minutes is the average time for the race from Putney to Mortlake, and that it is perfectly easy to watch and count the strokes of the oars as they are seen rowing past.

How many extras?
Mistakes in scoring at a cricket match may sometimes be made, but it is not for a author who is describing a match to make them. And of all authors, Mr. P G. Wodehouse, himself no mean cricketer, should be the last to fall into this sort of trap. In that most delightful of school-books, "Mike," Mr. Wodehouse describes how, in the third over of a House match, the bowler bowled three wides, in addition to which a leg-bye had already been run. Yet.—


At four o'clock, when the score stood at two hundred and twenty for no wicket, Barnes, greatly daring, smote lustily at a rather wide half-volley and was caught at short-slip for thirty-three. As Mike had then made a hundred and eighty-seven.

Now, thirty-three and a hundred and eighty-seven added together, would appear to make two hundred and twenty, as Mr Wodehouse no doubt realized. But what has happened to those four extras, of which we have already been told, to say nothing of others which most inevitably have been given during the course of play!

An incredible catch
Mr Wodehouse’s mistake is, of course, due, not to ignorance, but to carelessness. But Mr Ian Hay, in relating the earlier cricketing fortunes of “Pip,” makes a couple of statements which has, as a practical cricketer, can scarcely expect his readers to swallow. The first relates to a House match.


One of the batsmen played just inside a ball from the Hivite fast-bowler, Martin. The ball glanced, off his bat, and almost at the same moment Pip became conscious of a violent pain , suggestive of red-hot iron in his right armpit. He clapped his hand to the part affected, and to his astonishment drew forth the ball to a storm of applause.

If not physically impossible, this feat is quite incredible. Good fielders—and “Pip” was one—do not catch cricket balls in their armpits, a feat which would in any case to be possible only to a professional contortionist. It should be added that the scoring in this match is as peculiar as in Mr Wodehouse’s book.

RG: A quick aside: the author of this article, JPH, is completely wrong on this point. I don't know much about cricket, but a quick Google shows there are plenty of examples of fielders catching in the armpit. On with the rest of the piece ...


Advice from a Flapper
The other incident concerns “Pip’s” Blue for Cambridge. He is a left-handed bowler, and the Cambridge captain is not quite sure whether to play him against Oxford, The heroine — at this stage about sixteen years old — takes the matter in hand, and tackles the captain boldly:


"Have you ever tried him round the wicket?” asked Elsie."With his run he would pass behind the umpire just before delivering the ball." The captain was fairly startled this time. He turned and regarded the ingenue beside him with undisguised interest and admiration.”

Well he might! For this flapper of sixteen has already advised “Pip” to bowl around the wicket, to that hero’s undisguised wonder and amazement. But does Mr Hay really think that the old Blues and other great men who had a hand in training “Pip” would have suggested a device which, as a matter of fact, left-handed bowlers have nearly always adopted?

But enough of criticism. The story, after all, is the thing, and such faults affect our pleasure no more than Conan Doyle’s racing mistakes in "Silver Blaze" affect our interest in Sherlock Holmes. One of the most popular writers of school stories, the late Talbot Baines Reed, was incredibly careless as to the accuracy of the many sporting events he had to describe. But his stories still sell well and remain popular, and perhaps to notice such faults is to be hypercritical.
- JPH, Novelists' sporting blunders, page 580, T.P.'s and Cassell's Weekly, Volume 1, 1923

The mistakes may well be egregious to those who know about such matters, but the author's assumption that every reader knows likewise, or cares, is if anything weirder than the mistakes.

As I mentioned in None so fast as stroke, the citation of the rowing story to the much-ridiculed Ouida is false. Apart from Maxwell Gray's The Great Refusal (Internet Archive ID: greatrefusal00gray), the books referrred to are Ian Hay's 1917 "Pip": a romance of youth (Gutenberg #34136), and PG Wodehouse's 1909 Mike (Gutenberg #7423), the first of his four his"Psmith" novels.

Conan Doyle himself acknowledged the technical errors in the 1892 racing-related Silver Blaze:


Sometimes I have got upon dangerous ground, where I have taken risks through my own want of knowledge of the correct atmosphere. I have, for example, never been a racing man, and yet I ventured to write 'Silver Blaze', where the mystery depends upon the laws of training and racing. The story is all right, and Holmes may have been at the top of his form, but my ignorance cries aloud to Heaven. I read an excellent and very damaging criticism of the story in some sporting paper, written clearly by a man who did know, in which he explained the exact penalties which would have come upon all concerned if they had acted as I described, Half would have been in jail and the other half warned off the turf forever. However, I have never been nervous about details, and one must be masterful sometimes.
- Sidelights on Sherlock Holmes, Memories and Adventures, 1924.


Holmes is an accessory after the fact to the crime of horse theft. He's also guilty of concealing a horse with a view to manipulating its price in the betting market.
...
Furthermore the rules of racing do not permit a horse to run against description i.e. if it has a silver blaze it must run with one. What the Winchester stewards were doing allowing this to happen one can only wonder. They should resign in shame. Holmes should be warned off for life and never allowed to investigate a case involving racehorses ever again.

Talbot Baines Reed was yet another example of a massively prolific but virtually forgotten 19th century author. He specialized in school stories, which mostly first appeared in the Boy's Own Paper, but were later published in book form by the Religious Tract Society. However, as the Wikipedia article says (see Talbot Baines Reed / School stories) they weren't overtly moralizing or religious like some of their predecessors. Nevertheless, they dealt in clichéd boarding school dramas and motifs ...


"... the stolen exam paper, the innocent who is wrongly accused and ultimately justified after much proud suffering, the boating accident, the group rivalries, the noble friendships. Adult characters are largely stereotypes: a headmaster known as "the Doctor" and modelled on Thomas Arnold of Rugby, "the jabbering French master (pointed beard and two-tone shoes)", the popular games master, the dry pedant, the generally comic domestic staff ..."
-  Quigly, Isobel. The Heirs of Tom Brown: The English School Story. Oxford, England: Oxford University Press, 1984

... that have been widely recycled ever since, right up to the piss-poor Harry Potter series. Many of Talbot Baines Reed's books are on Project Gutenberg (author #9657). I can't say I care enough about the genre to search them for sporting mistakes. 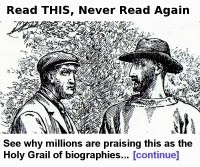