Further to the previous two posts: we took a walk this afternoon to have a look at the state of the Goat Walk, the concreted riverside path at the southern tip of Topsham. This morning with the tide up it'd been clear that something was amiss ... 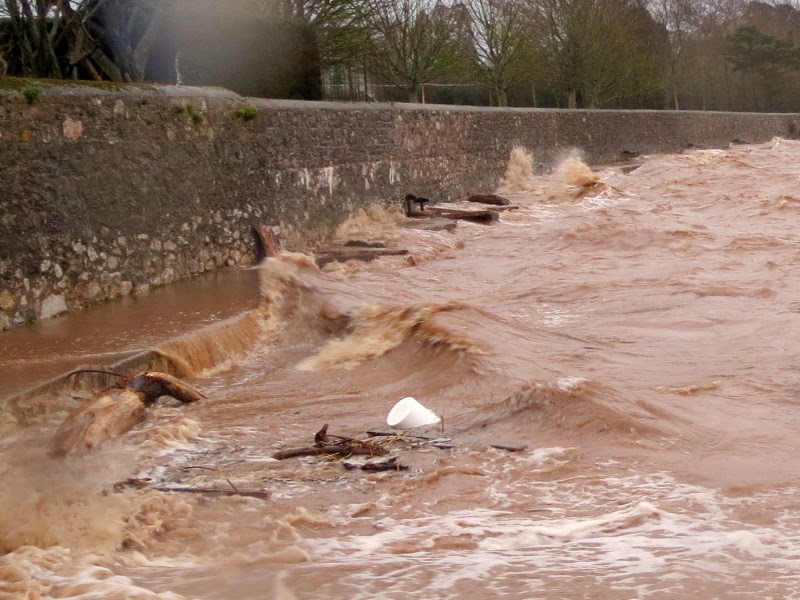 ... but a later look showed the extent of the damage. The path was exposed to the full force of the heavy seas coming upriver, which had ripped off large sections of the concrete capping revealing the clay and rubble underneath. 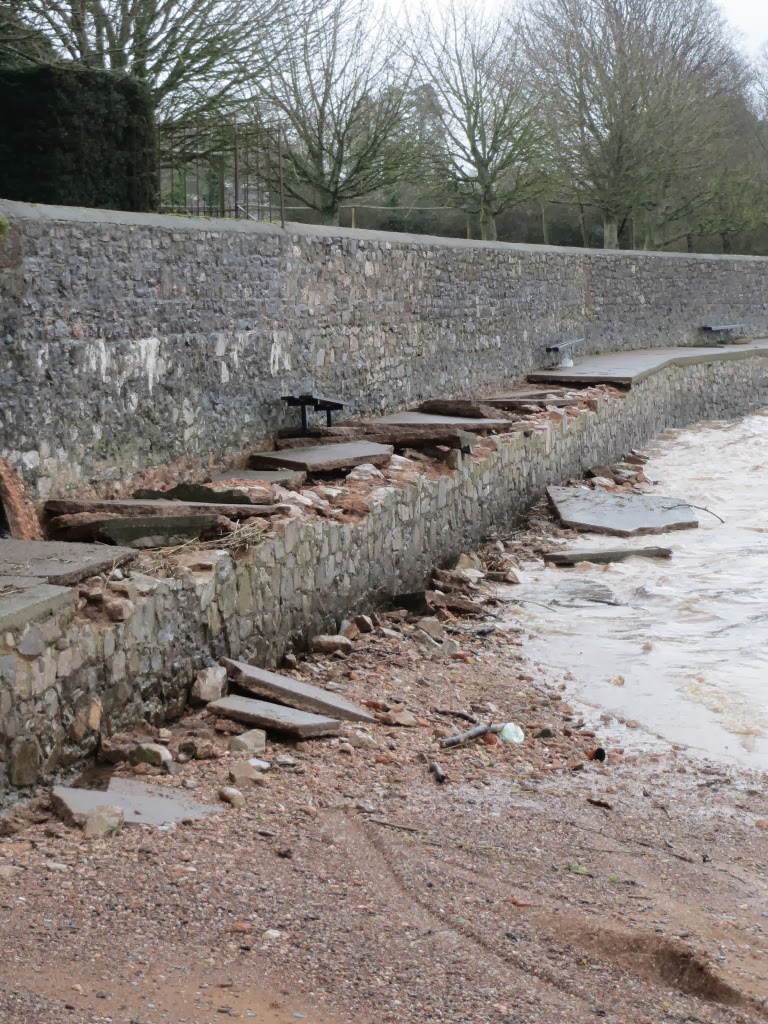 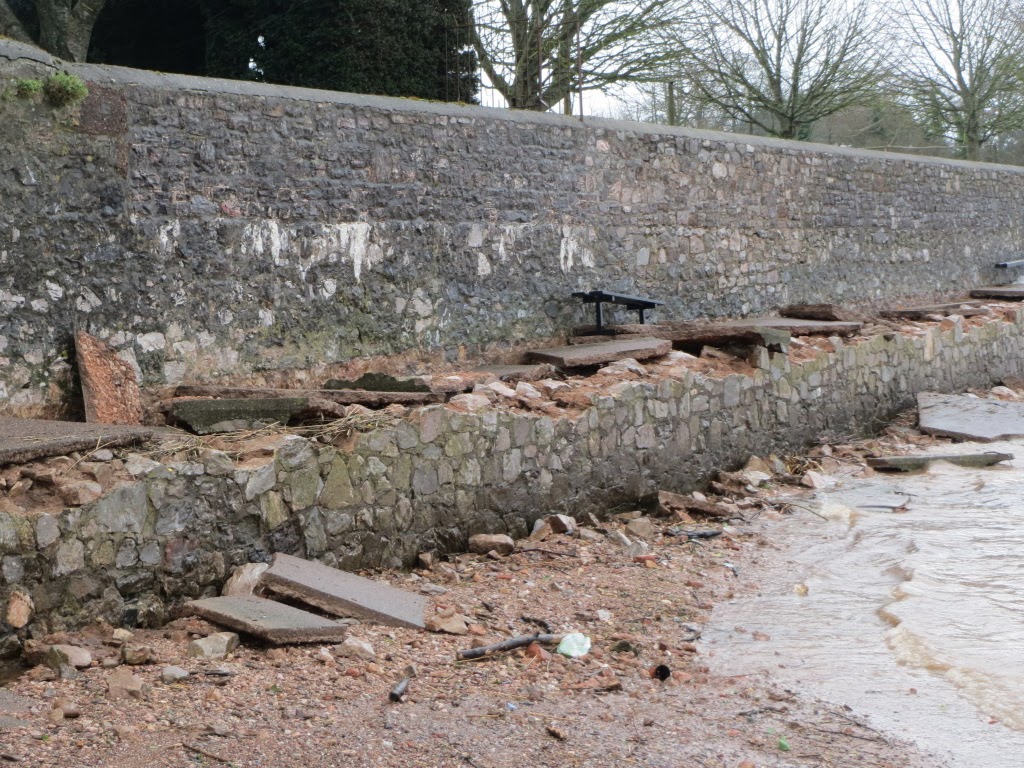 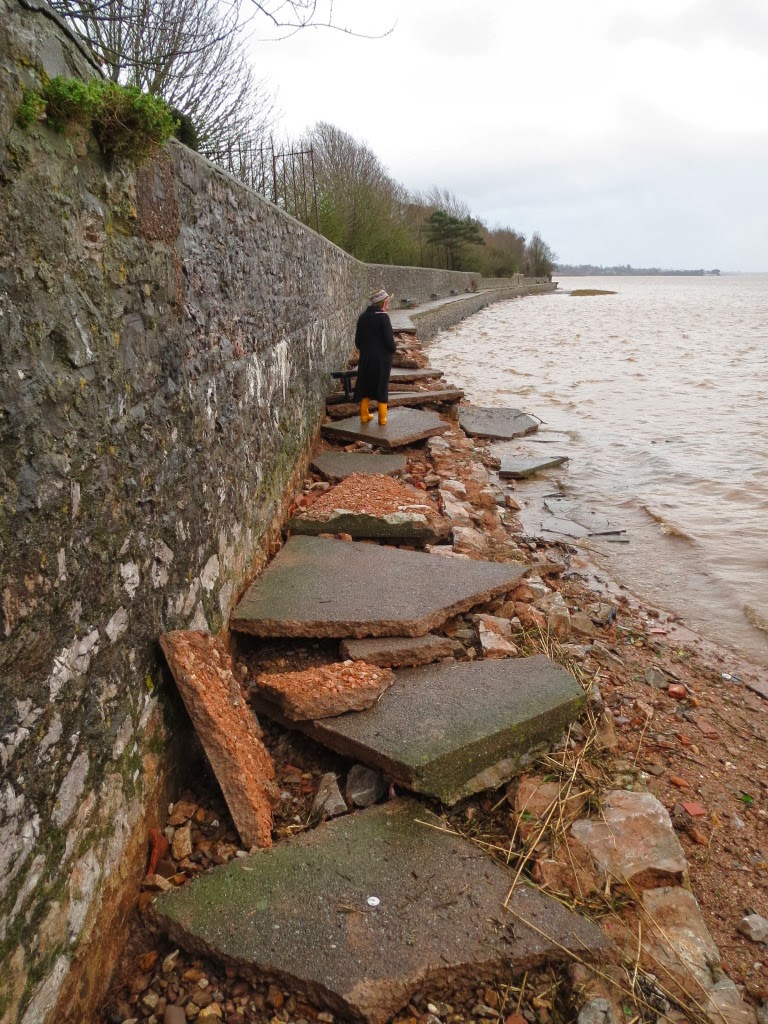 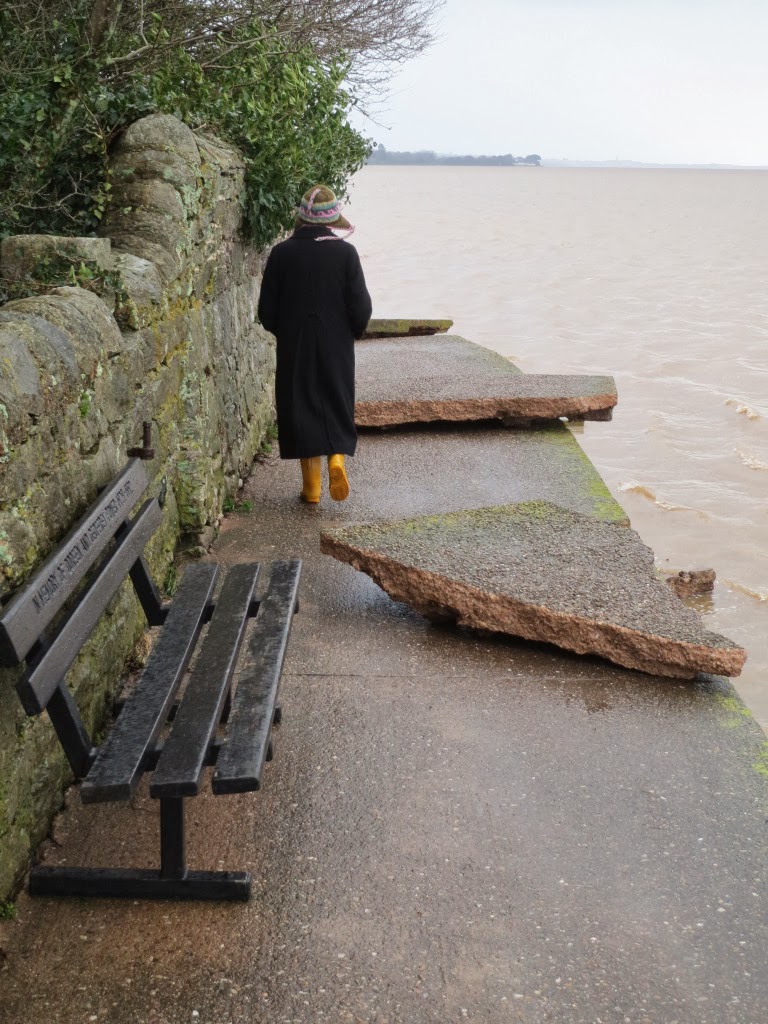 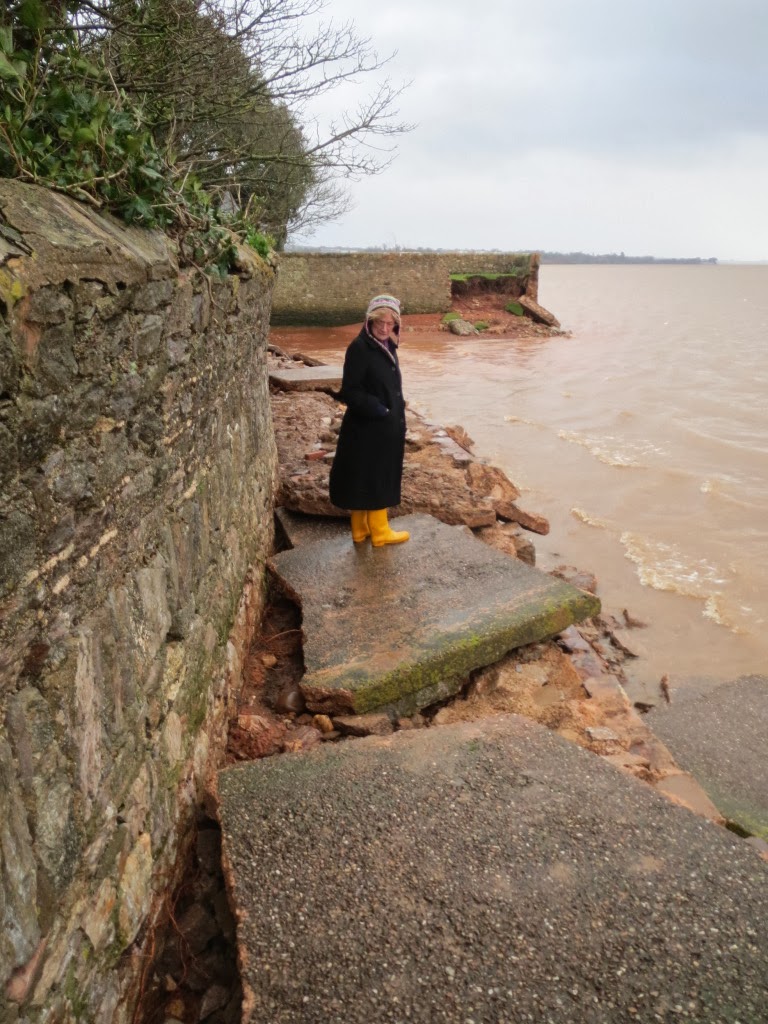 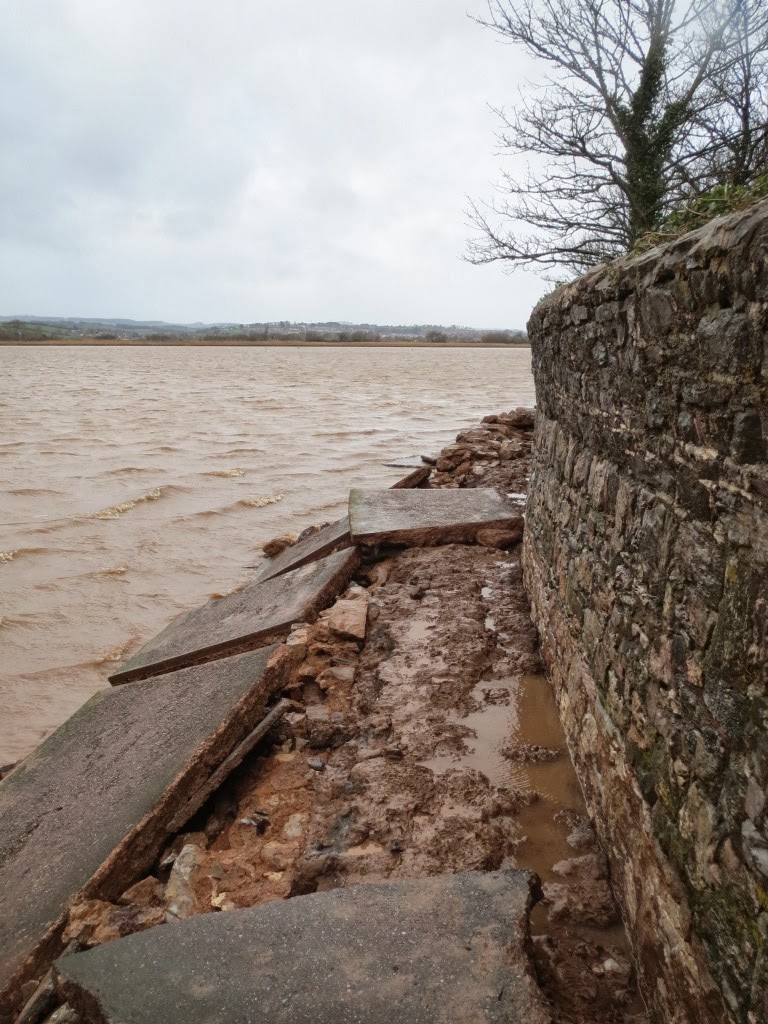 The storm had also collapsed the corner of the sea wall in the grounds of Riversmeet, the house at the southern tip of the Topsham peninsula. 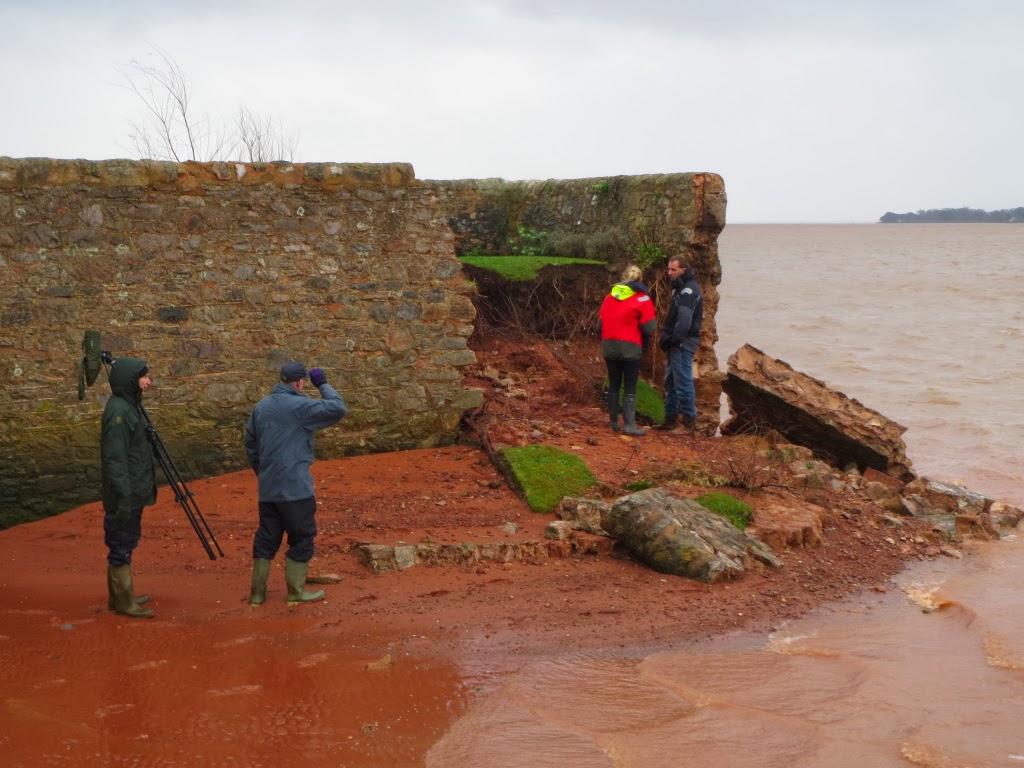 The damage has been echoed at various coastal locations nearby, with flooding and a breach of the sea wall in Exmouth, and - most significantly for the whole South-West region - at Dawlish a section destroyed of the wall carrying the coastal main line railway.

These guys below, however, didn't seem to mind. Opportunistic feeders such as this robin and these turnstones no doubt found good pickings amid the debris. 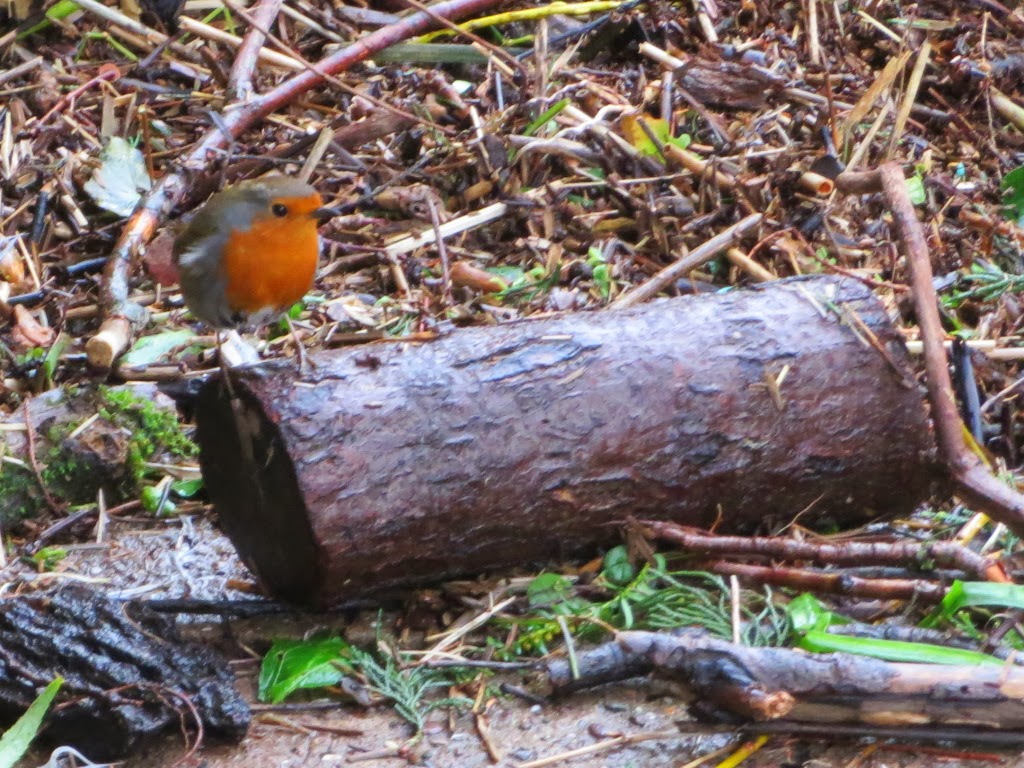 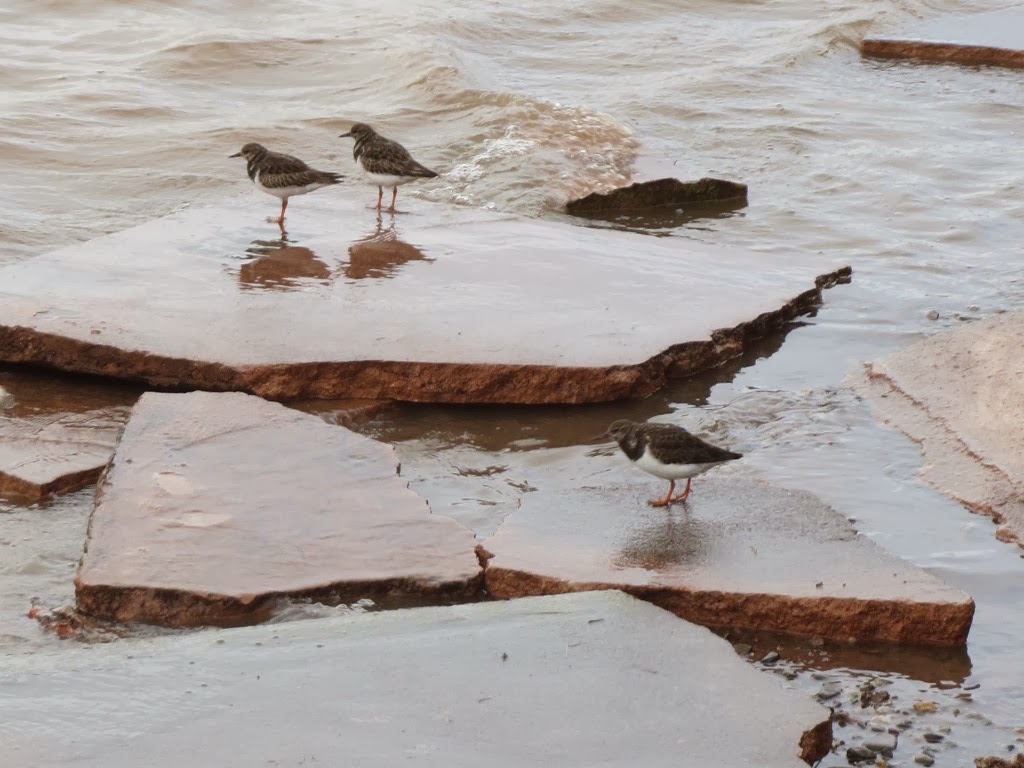 Addendum: a spot of background. The concreted path dates from the first decade of the 20th century - some sources say 1908, others 1912. The standard story about the origin of the name - though the specifics vary - is along these lines:


This thoroughfare, about 5 feet wide, yields marvellous views in most directions, and is called Goats Walk. Apparently, at a council meeting, which was arranged to adopt a name for it, one of the older and wiser eldermen boldly said, "It baint be a road, it be more of a goat's walk". He wasn't kidding— and that's how it got its name, Topsham fashion.
p125, The Lost City of Exeter, Chips Barber, ‎Sally Barber, 1982.

I've always felt this smells apocryphal, and a while back I found a hint that the name was a pre-existing one for the route.