To Riversmeet: "Your care about your banks infers a fear"

It's always interesting to visit new places, and sometimes they're only a stone's throw from familiar ones. Yesterday was a clear and bright afternoon, and I wandered out to take another look at the Goat Walk, damaged by the recent storms. On impulse, it being low tide, I decided to walk further along the shoreline by the wall skirting the grounds of the large houses at Riversmeet; this tract of land projects right out into the confluence of the Exe and Clyst, ending in a walled-earth pier.


The walk is normally too muddy to be feasible, but the storm seems to have scoured away the mud down to the stony, almost causeway-like, surface below. It was possible to get right round the corner to the river gate of Riversmeet to the pier - which has suffered major collapse - and peek round the corner to see the Clyst and the railway bridge. With nothing but estuary in sight, this must be one of the most isolated spots in Topsham; on a vivid and fresh afternoon, with dazzling skies, it was worth contemplating for a while. 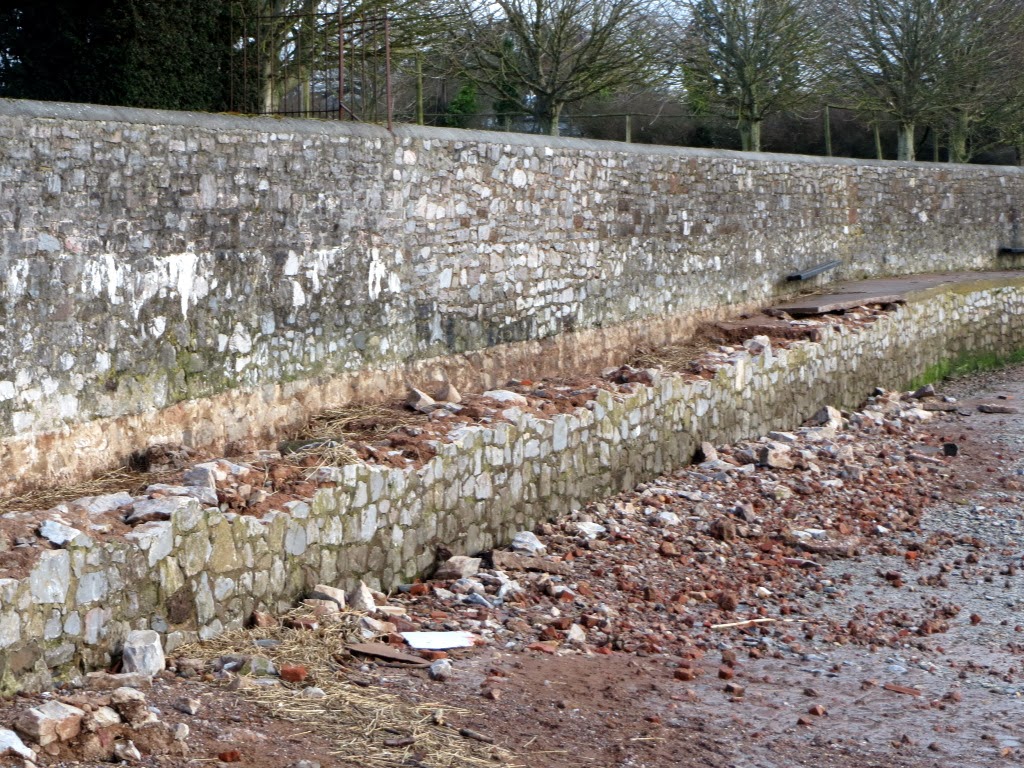 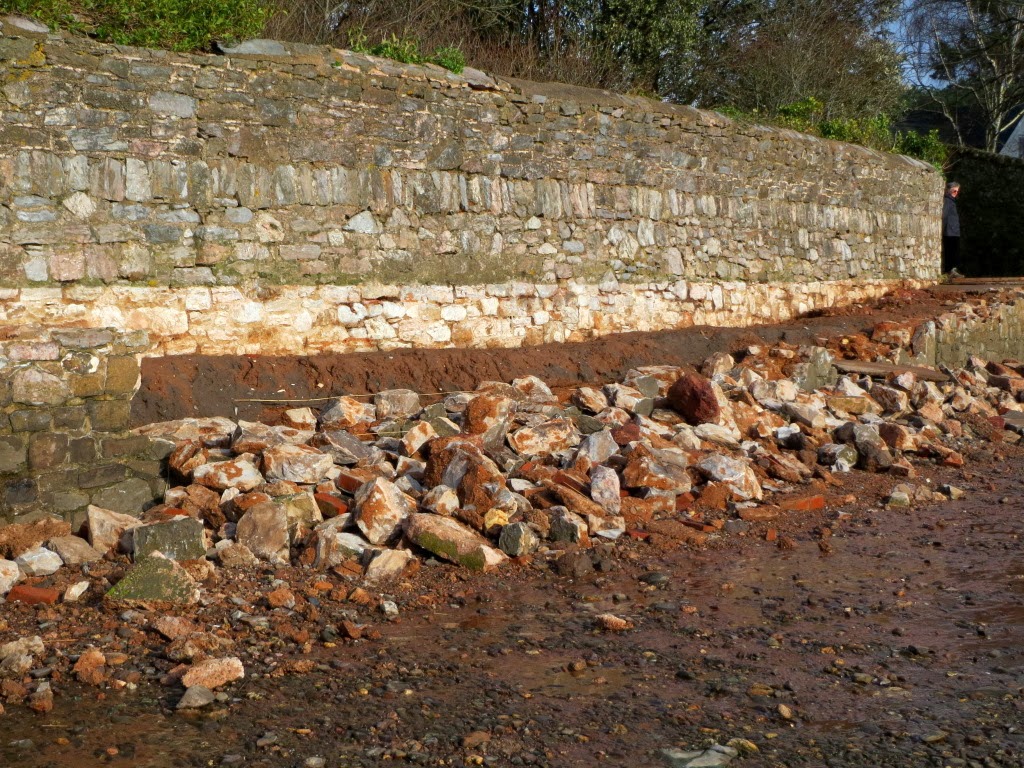 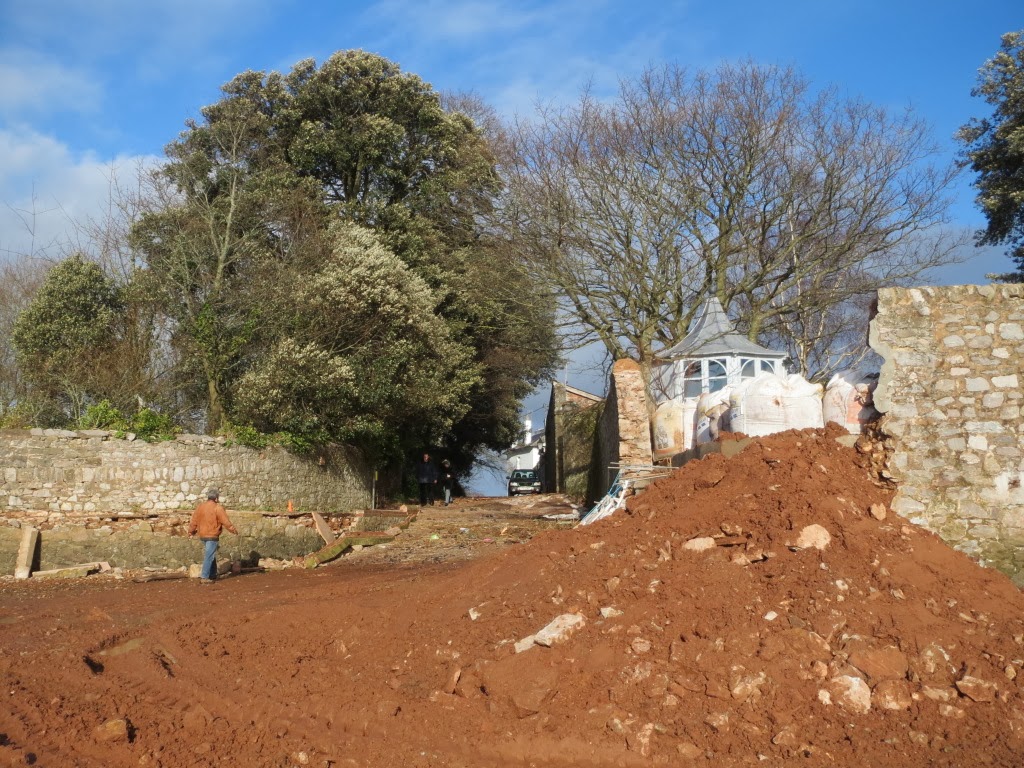 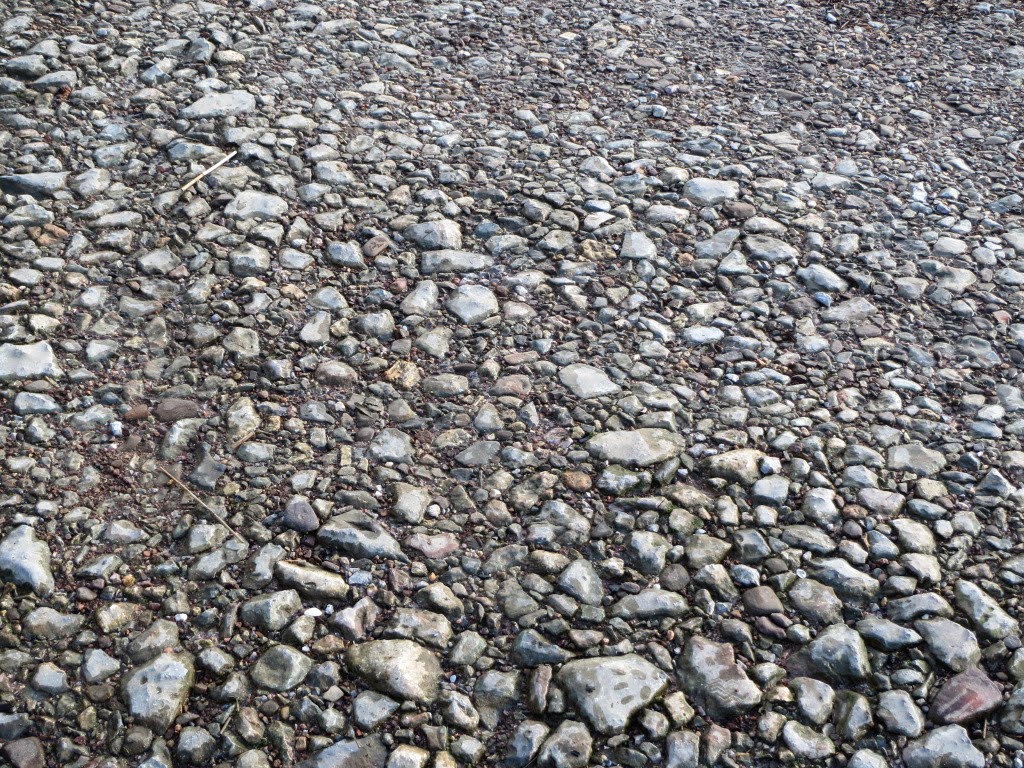 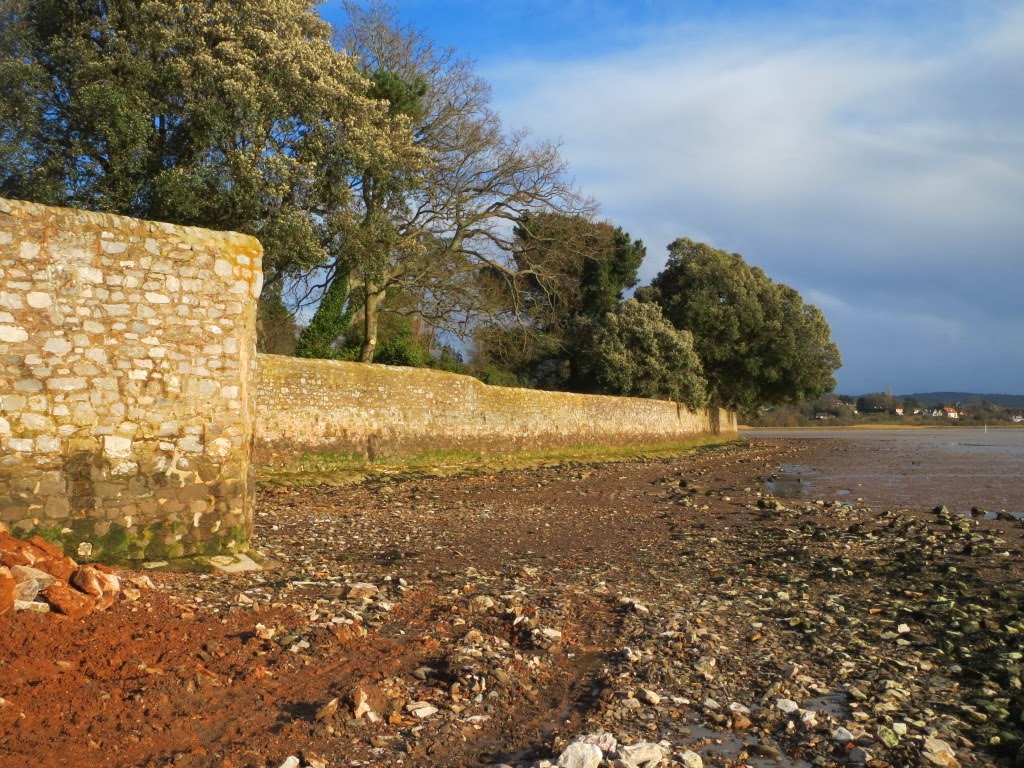 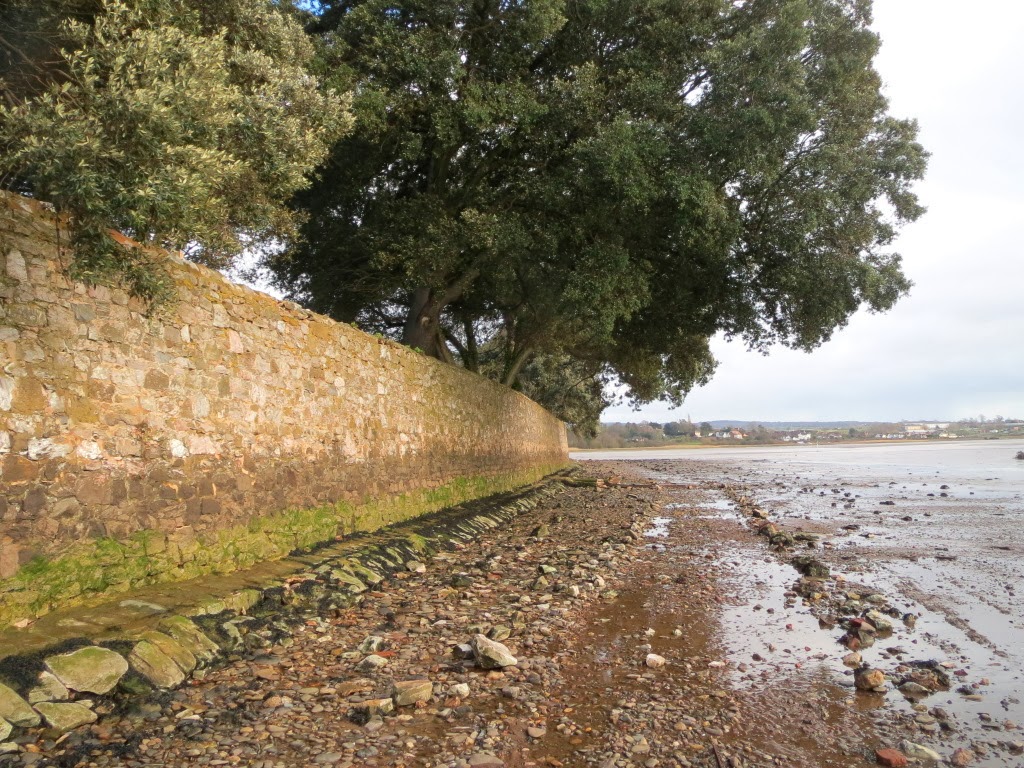 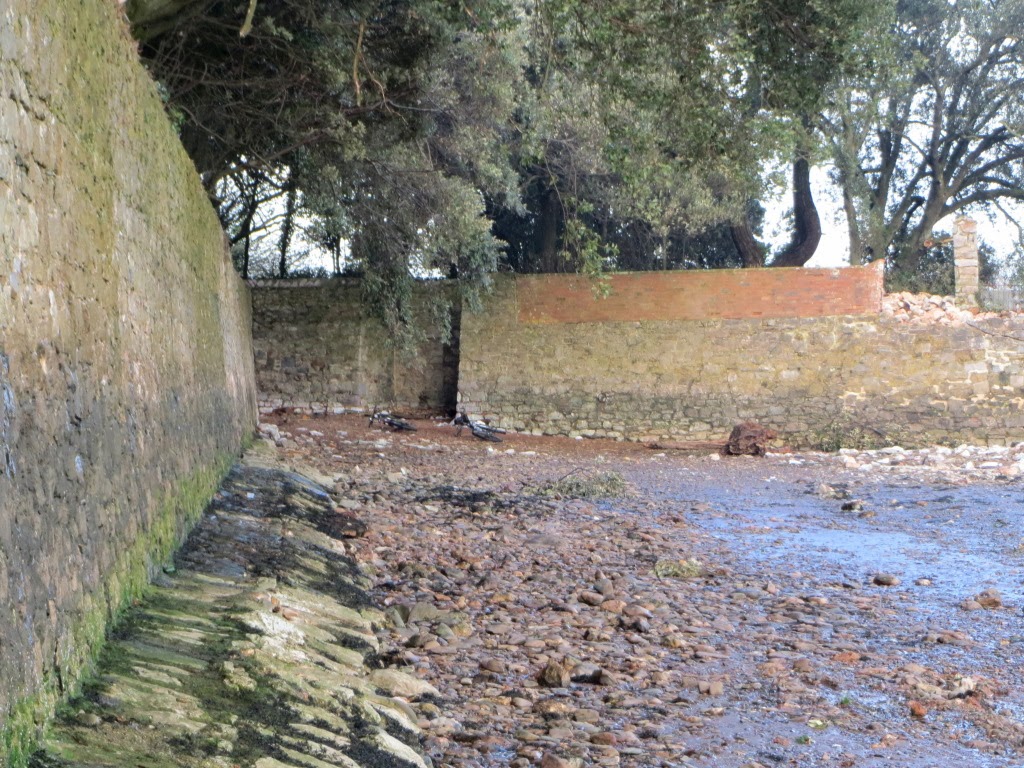 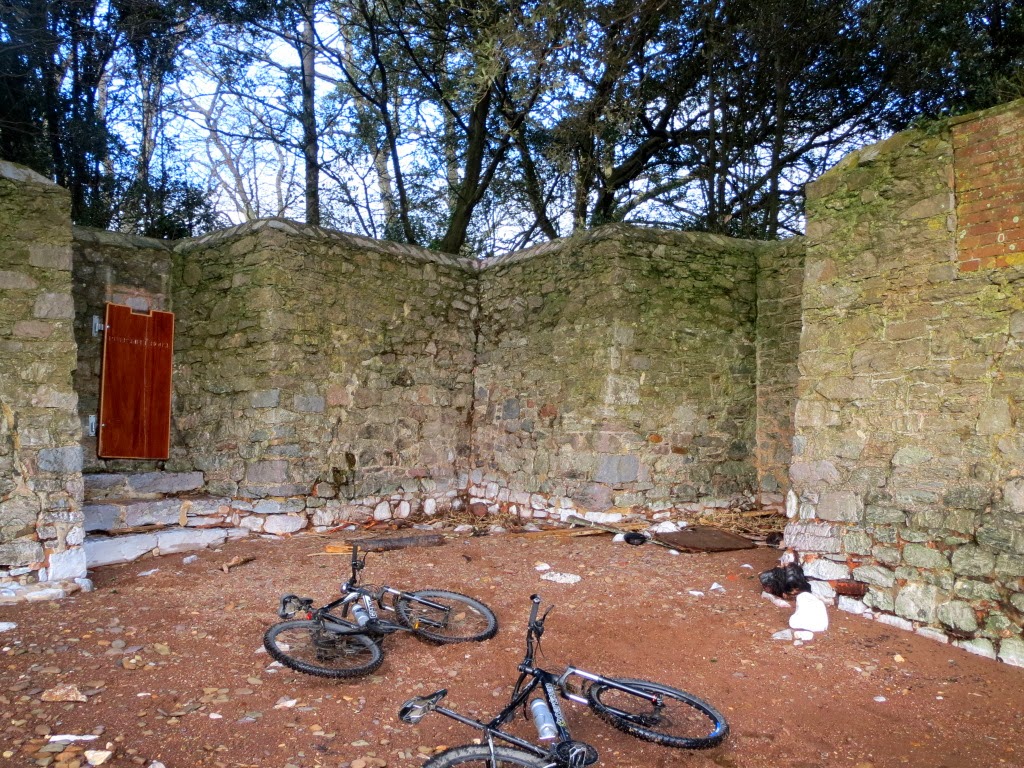 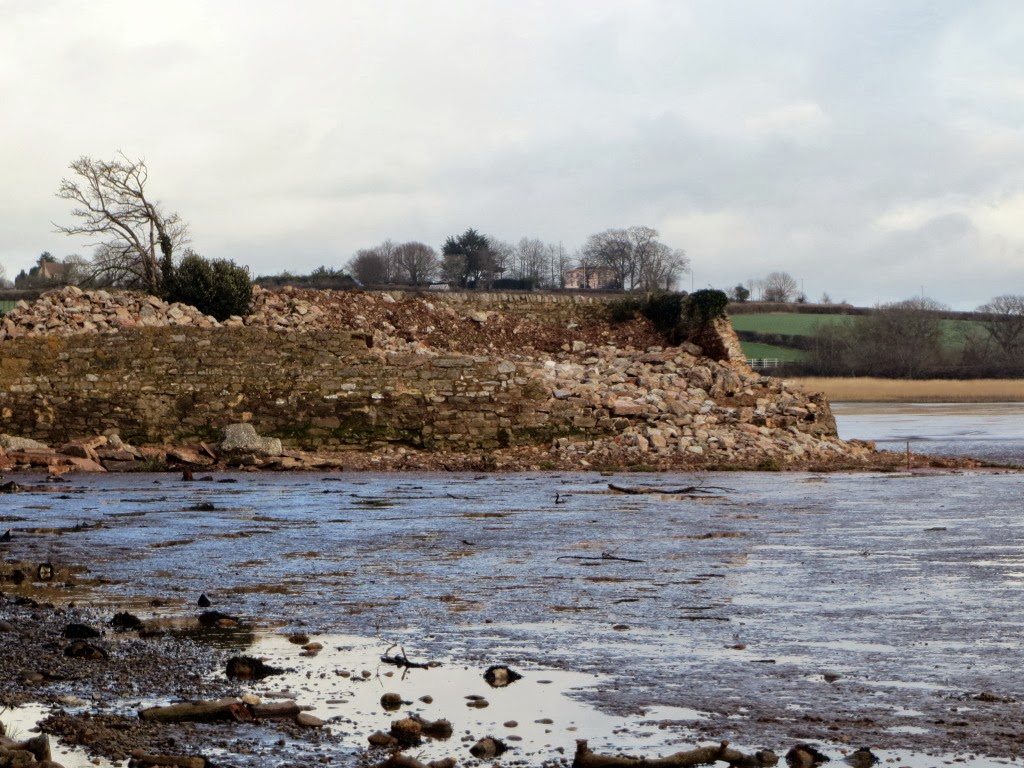 This is the pier - looking much the worse for wear after the storms - which dates from the building of Riversmeet House in the 1840s. The retaining wall, which extends round the whole property on both landward and river aspects, was also built by Davy as part of the reclamation of the former marshland that formed the tip of the Topsham peninsula.


… around this time Mr Francis Davy, the fourth son of the well-known Topsham shipbuilder and merchant, Robert Davy, built Riversmeet House, with a small pier at which his ships could discharge their cargo
...
A stone in the Riversmeet embankment, commemorating the reclaiming, reads: "The adjoining marsh, consisting of 45 acres, was enclosed in 1844 by Mr Francis Davy, 10 acres of which were sold to the Exeter and Exmouth Railway Company in 1859.

Your care about your banks infers a fear
Of threaking [sic] floods and inundations near
If so, a just repaire would only be
Of what the land usurped upon the sea. Dryden"
- Parkinson, M., 1980b. Salt Marshes of the Exe Estuary. Rep. Trans. Devon. Ass. Advmt Sci., 112, 17-41.

The quotation is from Dryden's religious allegory The Hind and the Panther. I haven't seen this commemorative stone, and don't know its location, or even if it still exists.

Addendum: I've been reliably told - can't say more -  that the stone is extant, in Topsham, though neither at its original location nor on public view. 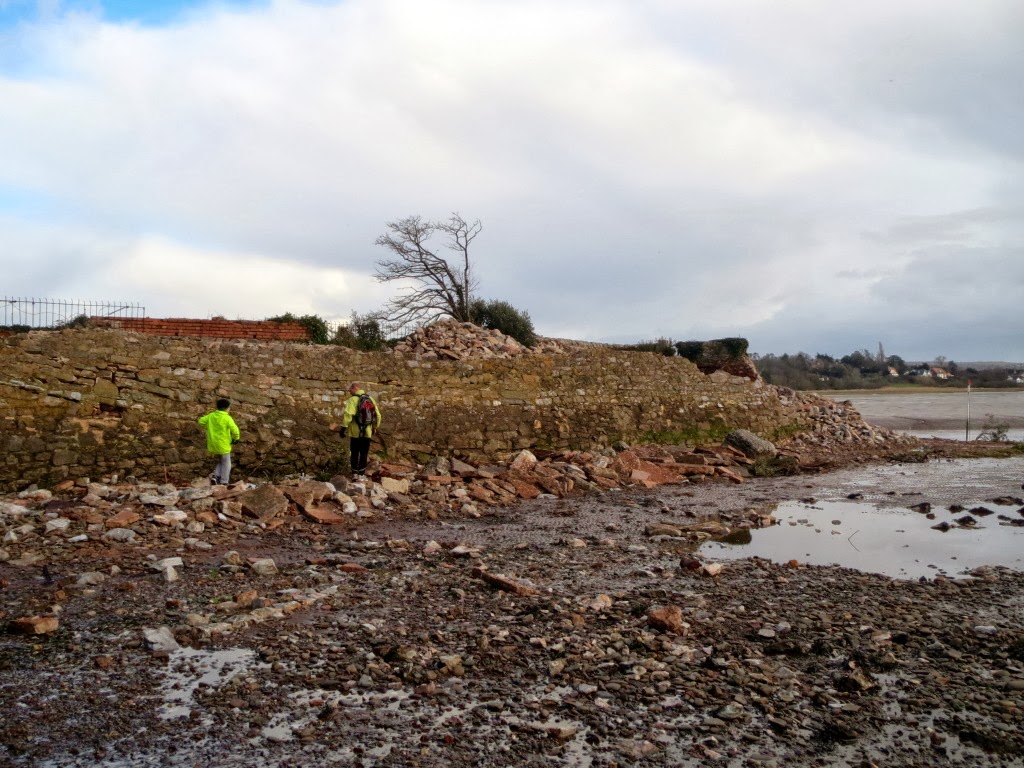 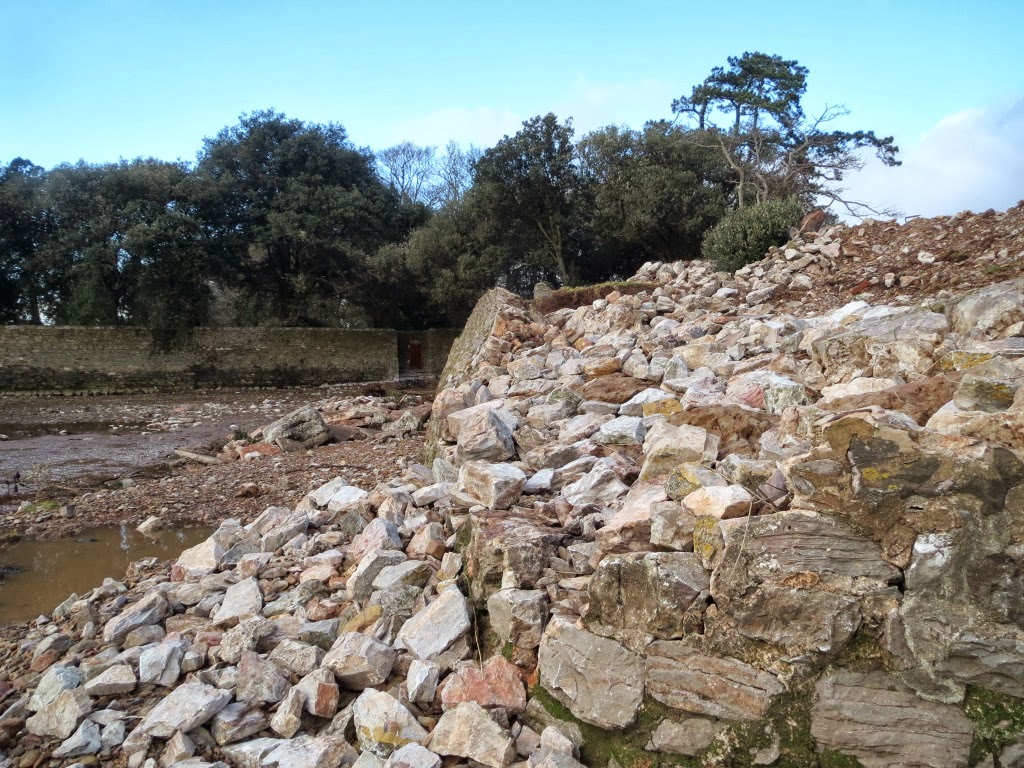 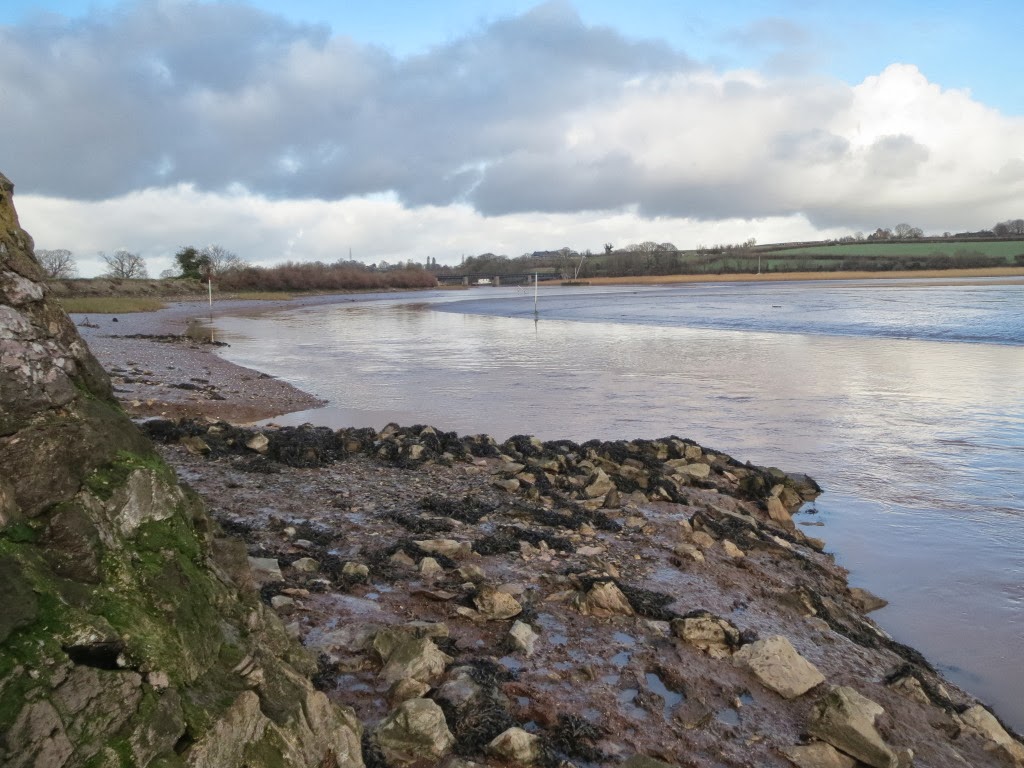 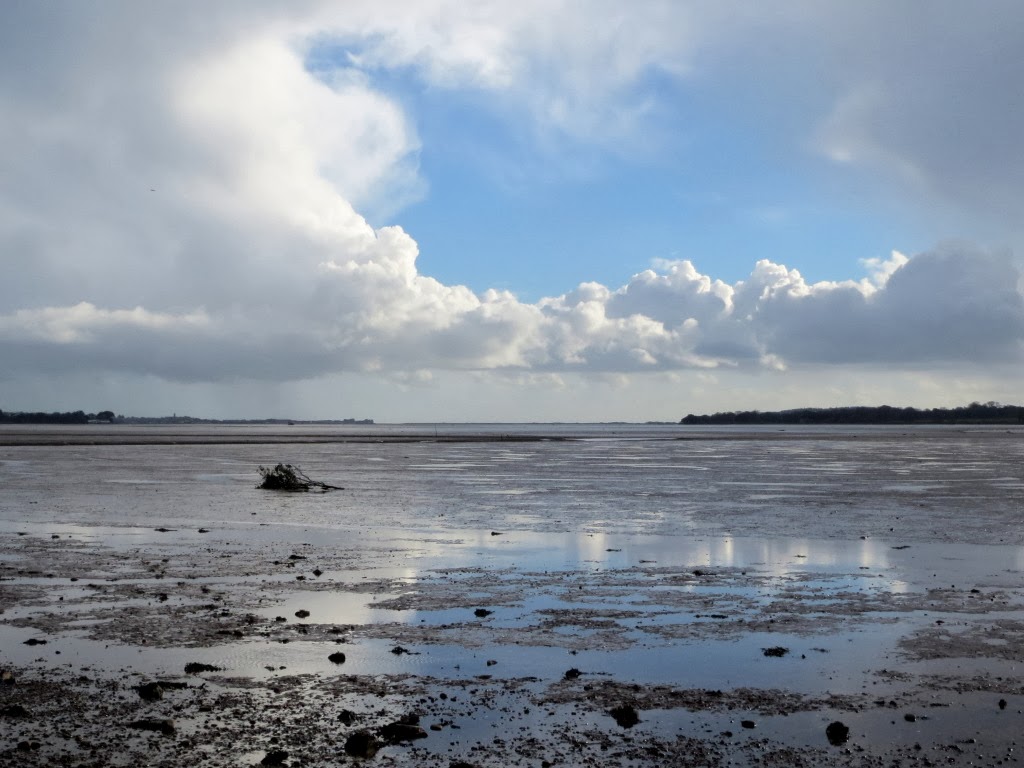 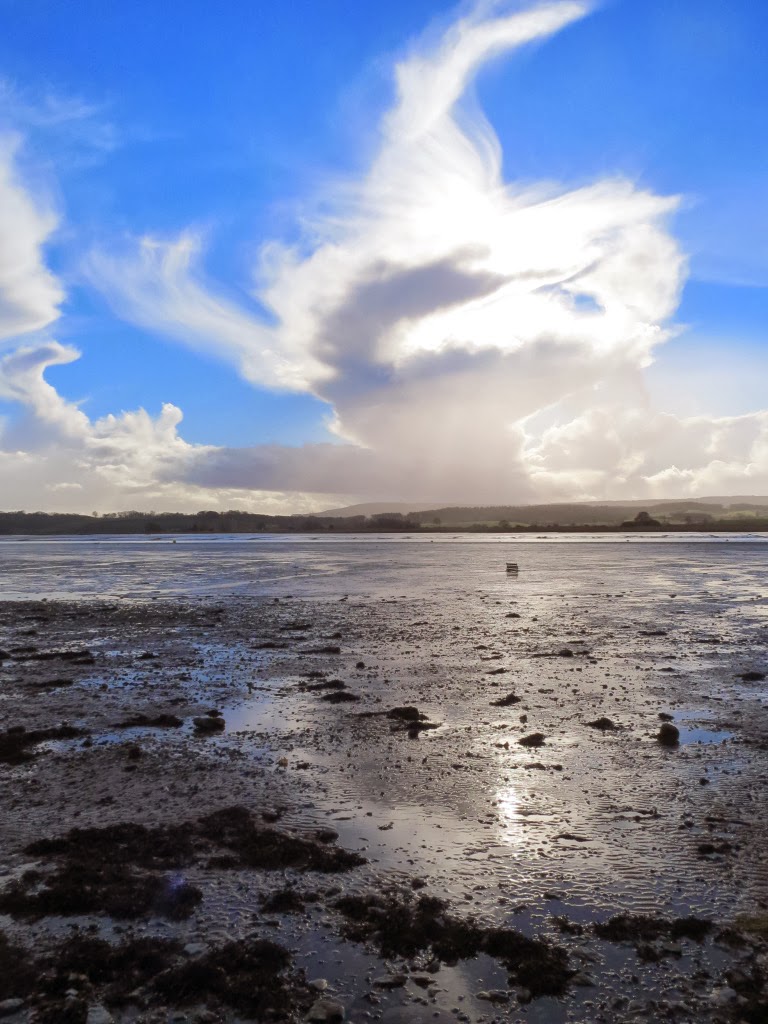