A nice crop of adverts from the 1873 Shaw's Tourist's Picturesque Guide to the Isle of Wight. Unlike the locally-targeted ads in Shanklin Spa: A Guide to the Town and the Isle of Wight, these are general-purpose ones that must have appeared in the whole UK stable of Graphotype-illustrated Shaw's guides. 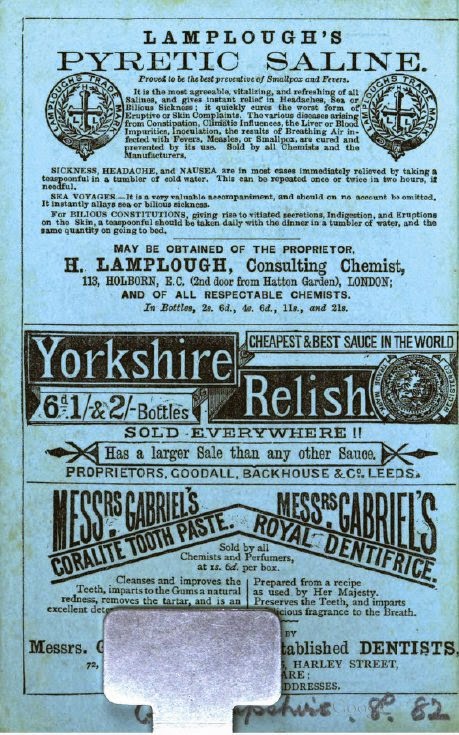 Lamplough's Pyretic Saline was an effervescent mix of citric acid with potassium and sodium bicarbonates that was marketed worldwide as a remedy in case of cholera, smallpox and tropical fevers. Conceivably it did slight good, in aiding rehydration while replenishing electrolytes. It was vigorously marketed by Lamplough, a London chemist, and its trademark vigorously defended, as in the case of Lamplough vs. Balmer. It gets a couple of literary mentions:

As was not unnatural, the advertisements in this particular line of cars were objects of his frequent contemplation, and, with the possible exception of the brilliant and convincing dialogue between Mr. Lamplough and an eminent K.C. on the subject of Pyretic Saline, none of them afforded much scope to his imagination.
- Casting the Runes, MR James

James was presumably referring to the 'Counsel's Opinion' advert. 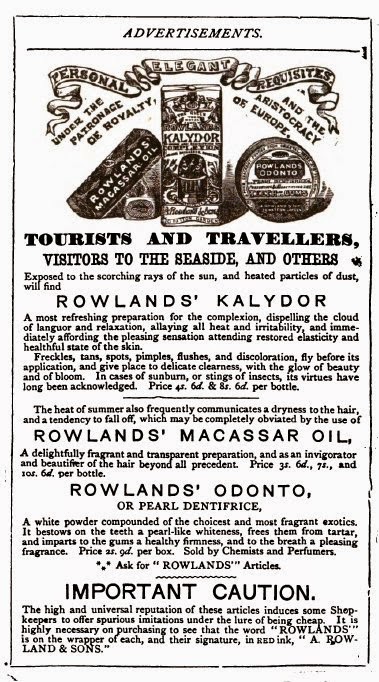 "Kalydor" was an "Oriental botanical preparation" that was much-imitated, and Rowlands ads regularly contained details of how to identify the real thing by wrapper typography. 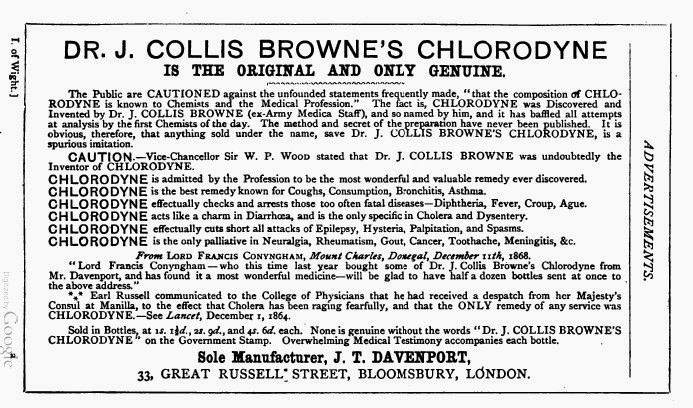 Collis Browne's Chlorodyne is probably the archetypal addictive patent medicine, invented by the British Army officer John Collis Browne as another remedy for cholera. As Wikipedia puts it,


As its principal ingredients were a mixture of laudanum (an alcoholic solution of opium), tincture of cannabis, and chloroform, it readily lived up to its claims of relieving pain, as a sedative, and for the treatment of diarrhea.
- Wikipedia / Chlorodyne / 18 May 2014 revision

The ingredients being known, clone versions were readily made up, typically containing chloroform, morphine, hydrocyanic acid, cannabis, tincture of capsicum, peppermint, glycerine and alcohol. Edward Tuttiett, the younger brother of Mary Gleed Tuttiett (Maxwell Gray) died after self-dosing with such a chlorodyne mixture. 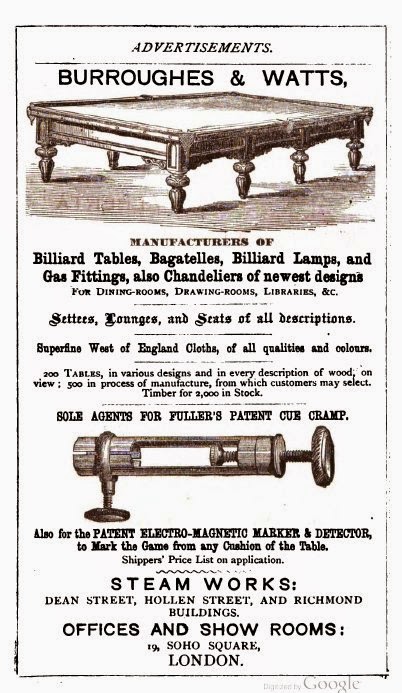 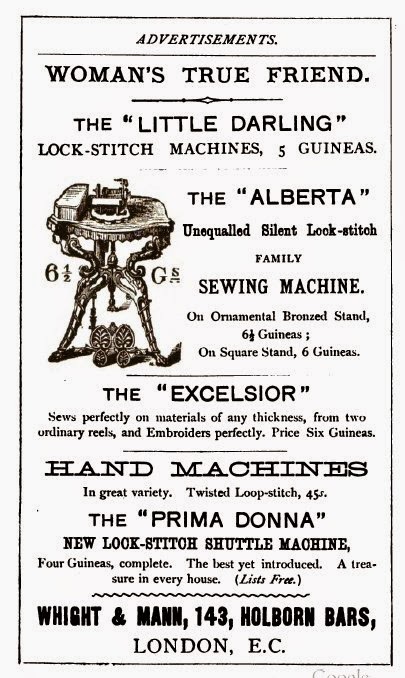 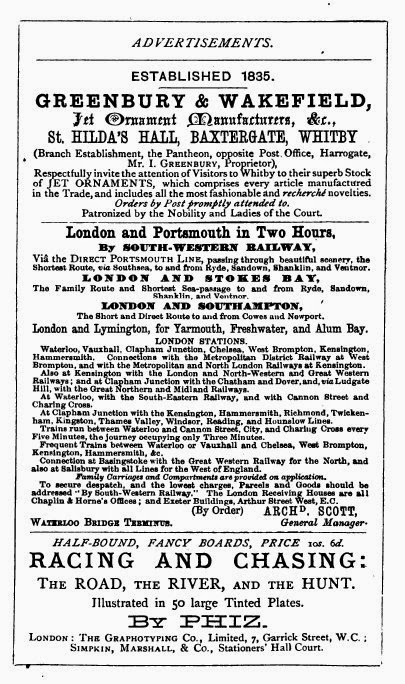 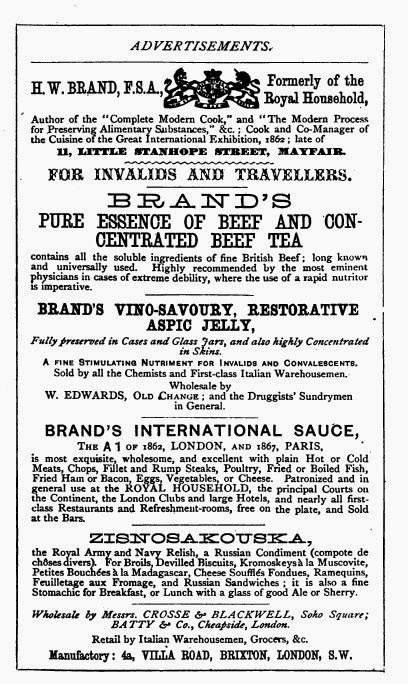 I haven't found "Zisnosakouska" anywhere outside Brand's ads. A "закуска" is a Russian pre-meal snack / hors d'oeuvre, but the Brand's condiment sounds rather more like the Romanian "zacuscă", a savoury mixed-vegetable spread. 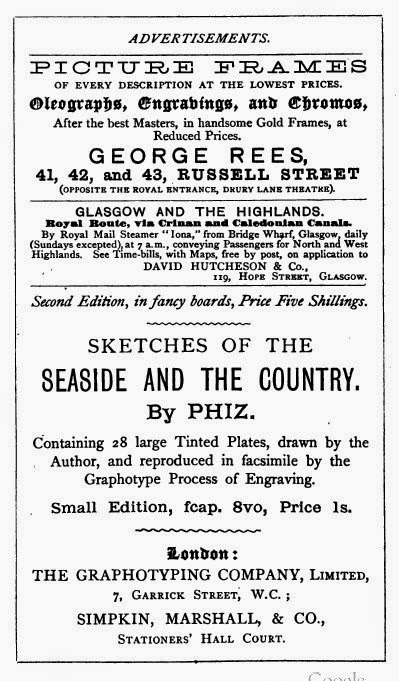 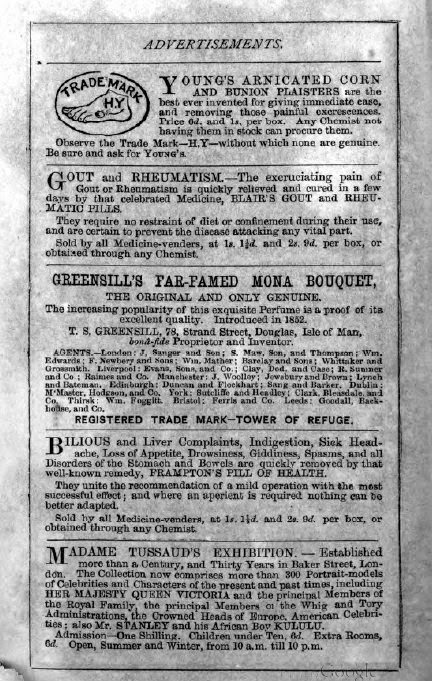 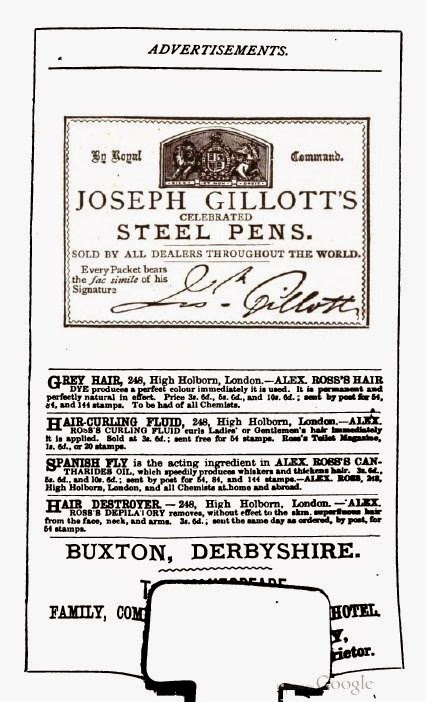 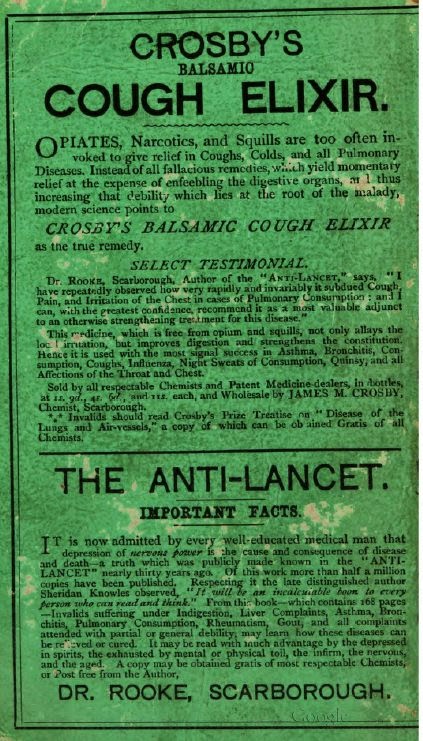 The book advertised at the foot of the back cover is of interest. Charles Rooke's The Anti-Lancet (see 1879 edition, Internet Archive antilancetordes00rookgoog) is a strange mix of good sense and the outright flaky. Rooke had peculiar ideas about the origins of disease and 'debility', and advocated his own "Oriental Pills" (I don't know what was in these) and "Solar Elixir" (a cordial whose chief ingredient was Chirayaita, a herb - aka Swertia, of the gentian family). Nevertheless, he advocated a lot of sensible stuff, such as moderation in eating and drinking, avoiding standard medical treatments based on "alum, antimony, arsenic, bismuth, borax, copper, iron, steel, lead, tin, zin, sulphur, mercury, &c.", and particularly avoiding the then still standard practice of bleeding. He may have been throwing out the baby with the bathwater in rejecting the whole of the medical establishment, but it was an era when for many ailments, just cleaning up your act was far better for your health than the standard treatments.