An edited cross-post from the Devon History Society site: The Great War: Stephen Reynolds in Sidmouth was a Sid Vale Association talk by Dr Nigel Hyman, exploring the little-known contribution of Reynolds (best known for his semi-autobiographical account of Sidmouth fisher-folk, A Poor Man's House) to the organisation of the inshore fishing industry during World War One. I dug into some background about Reynolds' life and works, and found some nice images in his 1910 Alongshore. 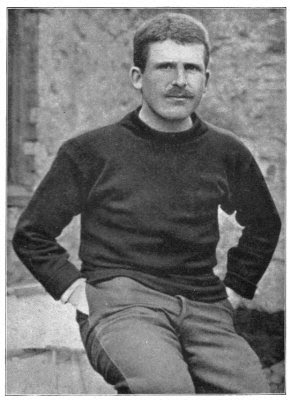 For some time I've been peripherally aware of Reynolds as a writer with a Sidmouth connection, but really only at a 'Blue Plaque' level - he lived adjacent to the present Sidmouth Museum - and in the basics that he went to live with the Woolley family - poor fisher-folk of Sidmouth - in the early 1900s, and fictionalised them as the Widgers of "Seacombe" in the strongly autobiographical A Poor Man's House.

However, this is very much downplaying the complexities of his political and personal life. Reynolds didn't simply drop out in favour of a simple fishing life, but strongly espoused working-class causes from that position. His 1908 A Poor Man's House is strongly political (the Oxford Dictionary of National Biography describes it as "Orwellian"), and it vigorously opposes Fabian social reform, aimed at improving the lot of the working class by instilling middle-class values. It was followed up with the more explicitly political Seems so! A working-class view of politics (1911). Dr Hyman mentioned in his letter to the Devon History Society that his talk credits Richard Batten's PhD thesis, Devon and the First World War, and this is worth reading as it highlights in passing Reynolds' considerable criticism of the Devon establishment in World War One - how issues such as conscription and duty were 'framed' through a local elite too old to risk conscription themselves (wasn't it ever thus?).

The 1929 Who Was Who describes his Sidmouth career as


became associated with the Wool ley brothers, fishermen, of Sidmouth, 1903; worked for one of them for several years, but gradually drifted from fishing into fishery affairs and controversies.

Nevertheless, he wasn't entirely an outsider, and his background brought him official status:


He thus familiarized himself with fishing and the fisherman's point of view so far as to become a recognised authority on the subject and a medium of communication between fishermen and the government. He was a member of the committee of inquiry into Devon and Cornwall fisheries (1912), and of the departmental committee on inshore fisheries (1913), and in that year he was appointed adviser on inshore fisheries to the Development Commission. In 1914 he became also resident inspector of fisheries for the S.W. area.
- Wikipedia, Stephen Reynolds (writer), retrieved 10 Nov 2014

That he was gay - his partner from 1915 was Harry Paynter, a young St Ives fisherman - adds further complication that could rather confound stereotypes. Did he hide this from his working-class fishing colleagues, or were they more tolerant than we would assume? Reynolds is altogether a complex character - the ODNB describes him as "deeply neurotic", and mentions how he was seen regularly in London, dressed in fisherman's jersey and sea boots - and his adoption of a working-class fishing life looks like an intertwining of political sympathies and personal complexities over class/persona.

From a quick skim of Alongshore, his works look excellent, and he could have gone on to wider acclaim if he hadn't died at only 38 during the post-WW1 influenza epidemic.

Further reading:
Alongshore has some extremely atmospheric photos by Melville Mackay of coastal scenes around Sidmouth.