Getting well in Bournemouth

Horace Dobell's 1886 The Medical Aspects of Bournemouth and its Surroundings must win some kind of prize for a location account whose illustrations make the reader least likely to want to go there. They contrast strongly with those in Sydney Heath's 1915 Blackie guide Bournemouth, Poole & Christchurch, which is illustrated by EM Haslehust's delicate but luscious watercolours.

Horace Benge Dobell (1827-1917) was an English physician who specialised in diseases of the chest, which in 19th century England largely comprised tuberculosis and various pollution-related lung disease. Rest in a clean-aired environment was pretty well all that could be done, and Bournemouth was one of the many resorts - little more than a tract of forested heath at the beginning of the 19th century - that grew up around such convalescence.

Bournemouth was savagely portrayed as a colony of the dying, and those capitalising on them, in the 1880 The Seamy Side by Walter Besant and James Rice (Internet Archive seamysidestory00besa).


It is nothing in Bournemouth for lodgers to die, because most of them go there for that purpose, and when (speaking as a lodging-house-keeper) you have got a good invalid in the place, one who pays his way without too many questions and lasts a long time, you are much better off than when you get a mere healthy family down for the summer holidays. " Give me," said Mrs. Peglar, very justly, " give me a good long consumption."
...
Of all sea-side cities, watering-places, retreats, hospitals, convalescent houses, or bathing-places, Bournemouth is the most remarkable. There was once a forest of pines. Somebody made a clearing and built a house just as if he was in Canada. Then another man made another clearing and built another house, and so on. The pines stand still between the houses, along the roads, in the gardens, on the hills, and round the town. The air is heavy with the breath of the pine. The sea is nothing; you are on the sea-shore, but there is no fierce sea-breeze, no curling line of waves, no dash of foam and spray. The waters creep lazily along the beach, and on the pier the fragrance of the pines crushes out the smell of the salt sea.

When the settlements were cleared, and the houses built, and rows of shops run up, there arose a great unknown genius who said : ' We have slopes, streams, and woods ; we have a town planted in a forest by the sea-side ; let us make a garden in our midst.' And they did so: a garden of Eden. Hither come, when the rest of the world is still battling with the east wind and frost, hollow-cheeked young men and drooping maidens to look for the tree of life in that garden, and to breathe those airs. They do not find that tree, but the air revives them for a while, and they linger on a little longer, and have time to lie in the sunshine and see the flowers come again before they die. This is the city of Youth and Death. Every house amid these pines is sacred to the memory of some long agony, some bitter wrench of parting, some ruthless trampling down of hope and joy. From every house has been poured the gloomy pageant of death, with mourners who followed the bier of the widow's only son, the father's cherished daughter.
- The Seamy Side 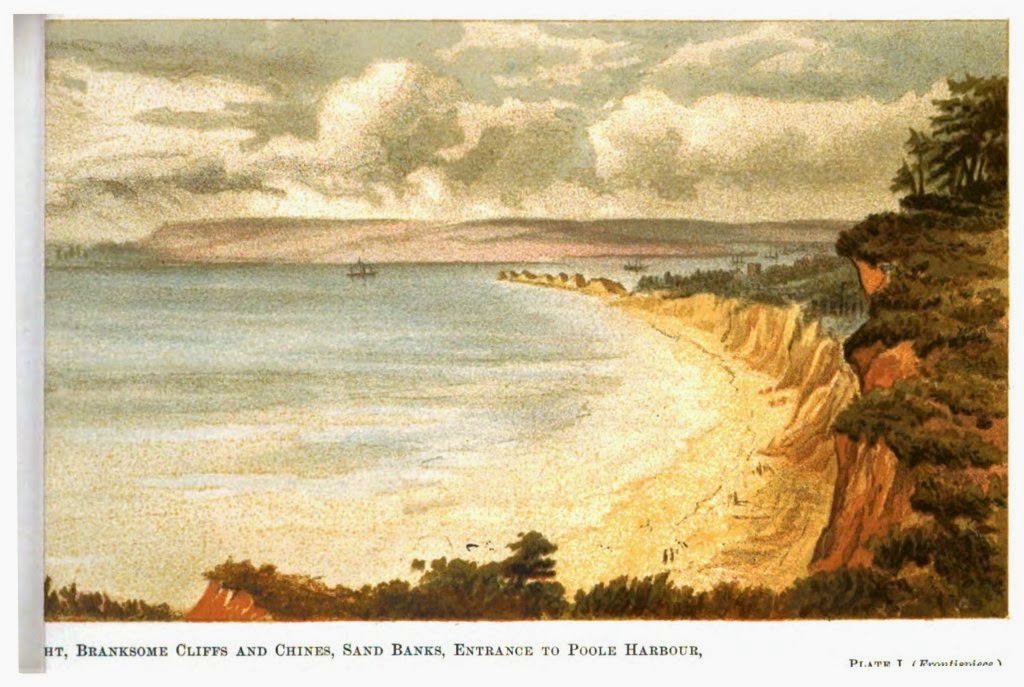 The Medical Aspects of Bournemouth and its Surroundings is a pretty completist guide to the merits of Bournemouth as a 19th century health resort, complete with lengthy case reports. Some of it appears to be misguided garbage, such as "marine cachexia", a pallidity and malaise supposedly suffered by seaside dwellers. The rest is chiefly about the struggles in a pre-antibiotic era to find anything that might give a slight edge for a TB patient: fine details of geology, water composition, humidity, temperature, general climate, even the scent of the pine trees, and the birds singing every week of the year. Still, it's entertaining reading in many places, as in the accounts dissing the opposition: damp rooms at Luxor, with dogs howling under the windows all  night and three braying donkeys on the premises; a sea voyage from the Cape to New Zealand spoilt by a "weak-minded" captain allowing "a bright lot of British youths" who "kept up one continuous orgie [sic] in the saloon night and day"; a railway accident on the way to the south of France; and so on.

I think US readers should be able to find The Medical Aspects of Bournemouth and Its Surroundings via Google Books (ID IhIHAAAAQAAJ); otherwise, it can be read at, or downloaded from, the British Library website: BLL01014809237 (click I want this for links to the PDF viewer options).

Dobell's illustrations (his own) are dismal. Here are the rest: 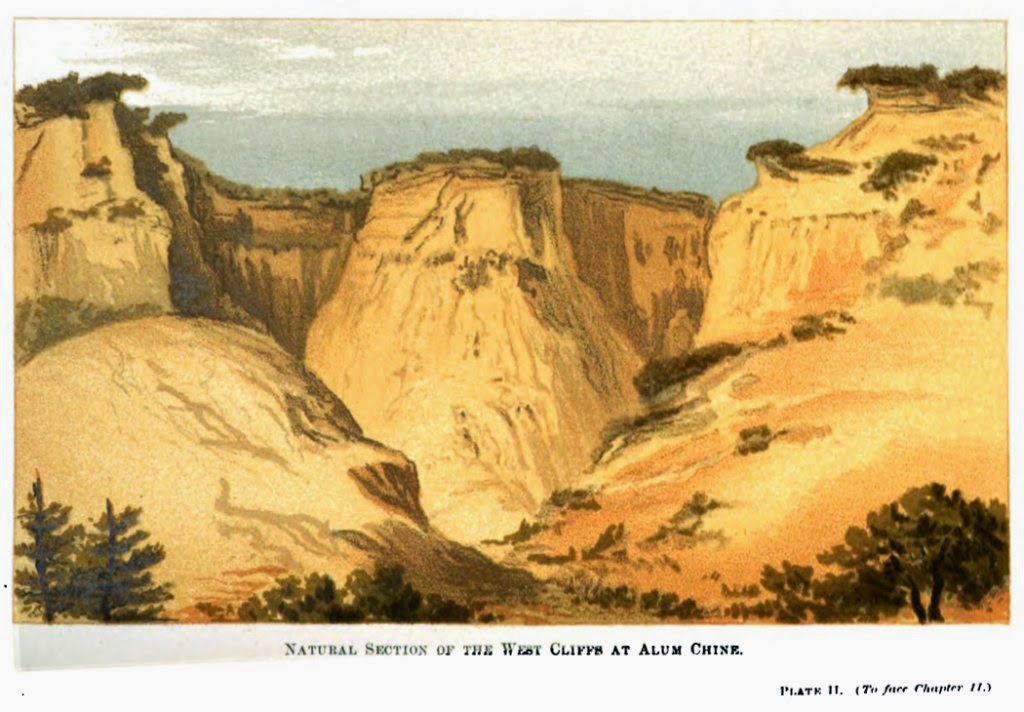 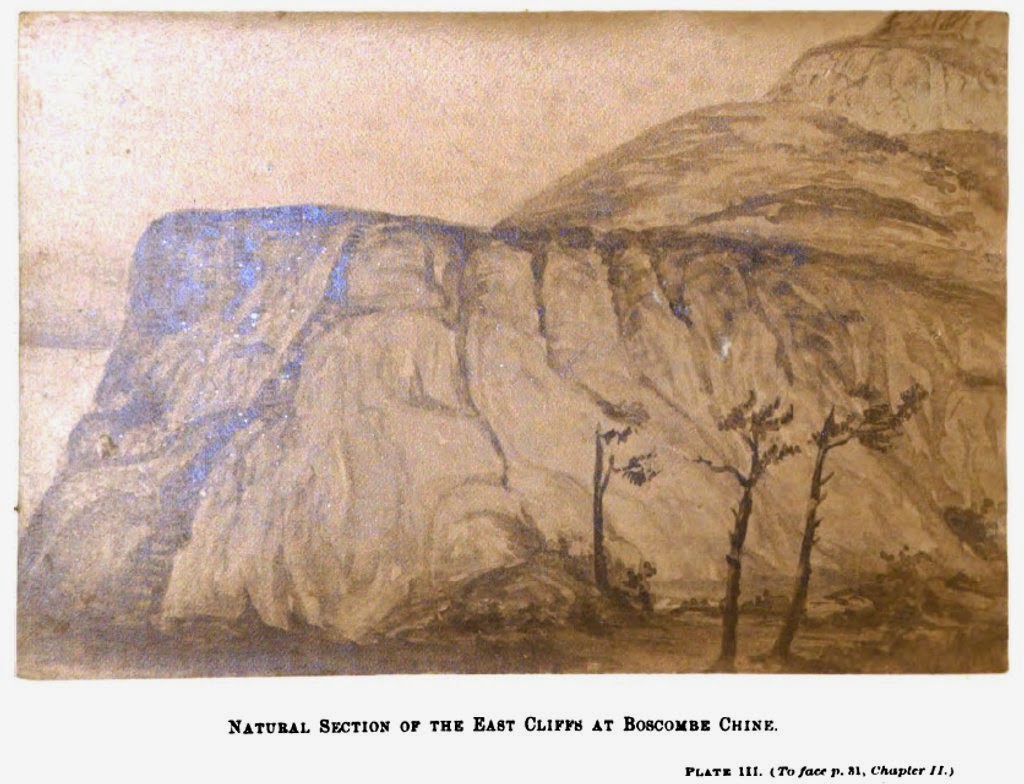 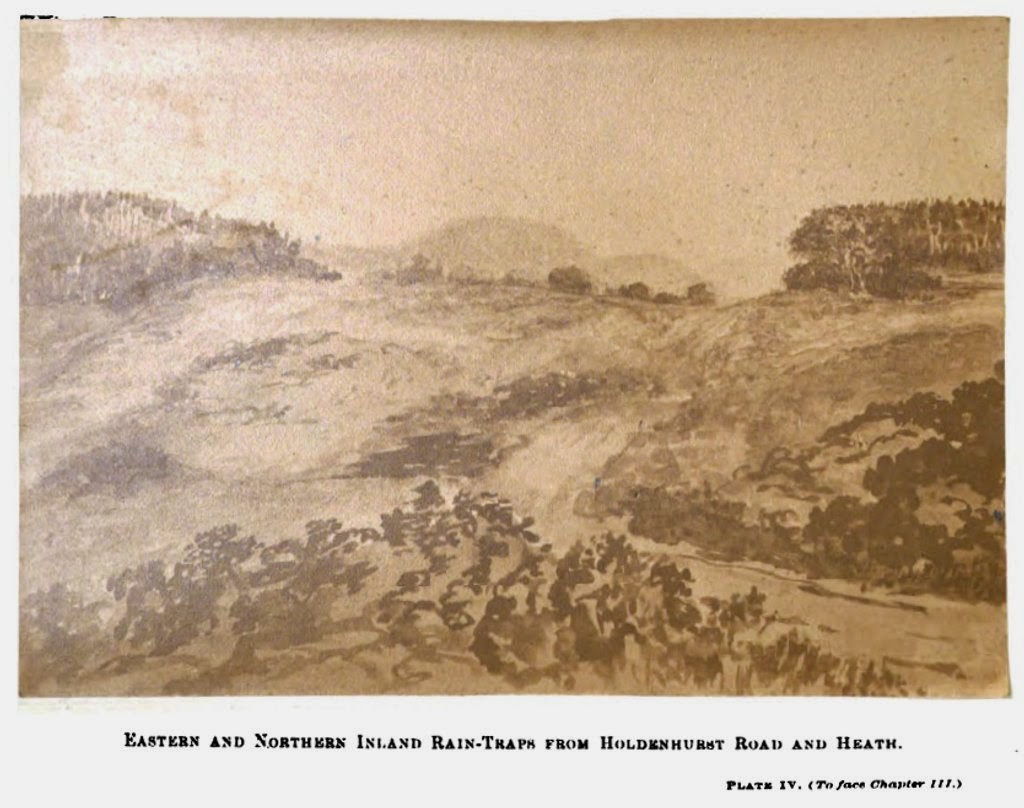 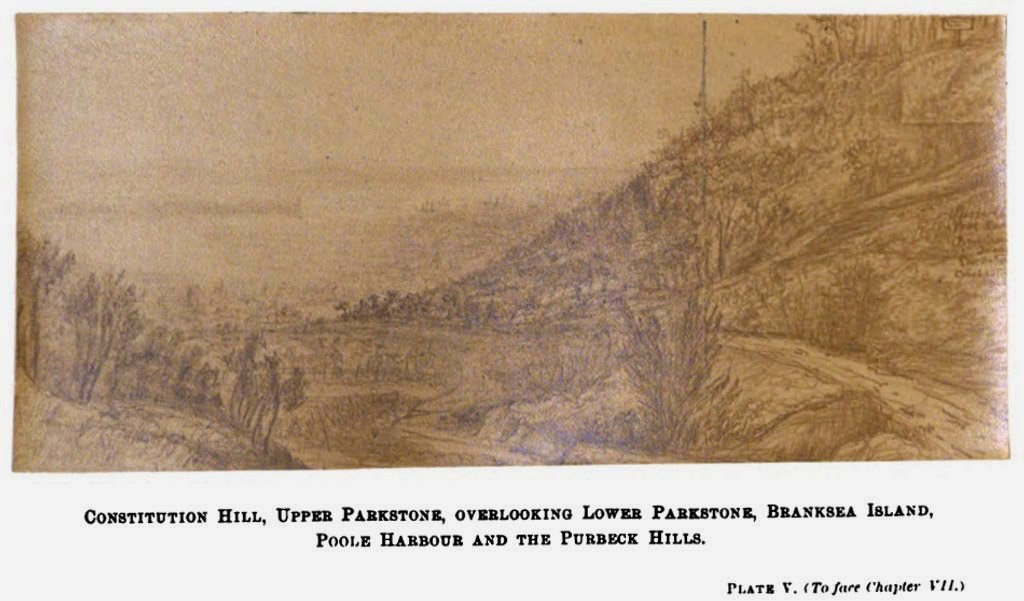 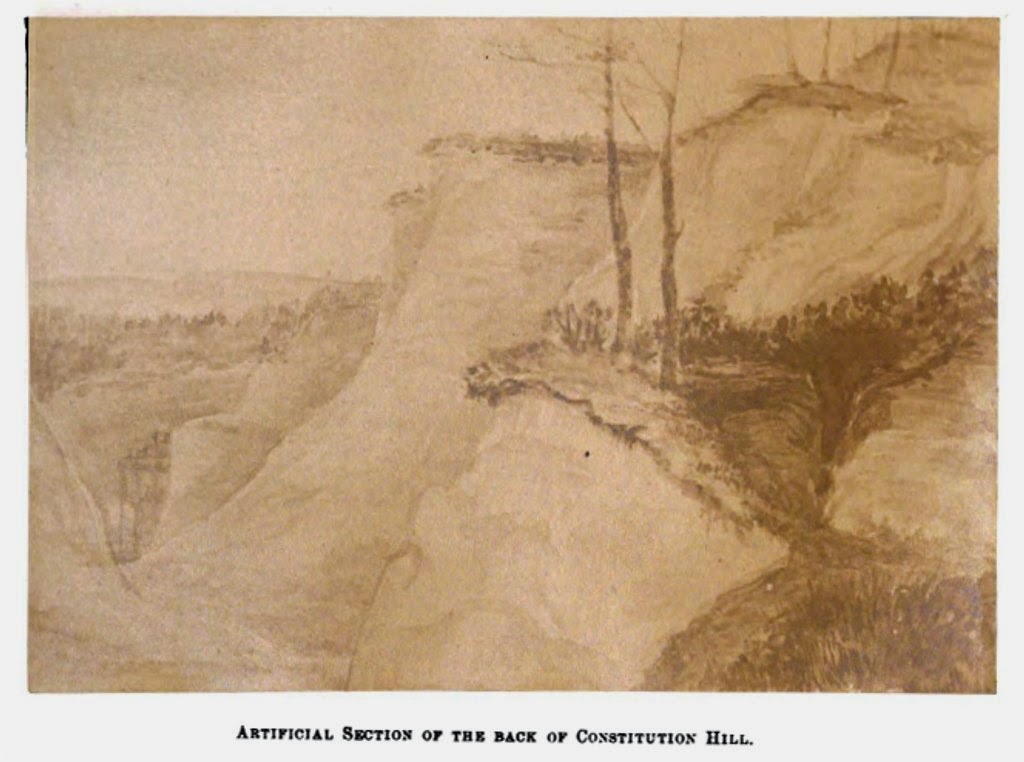 I briefly mentioned it in the 2012 post A Bit of Blue Stone, which has a small tour of literary Bournemouth. A Bit of Blue Stone (1932) was the title story in Maxwell Gray's final book, and is a romance set in Bournemouth more or less at the time of the Blackie guide. It features a different era in Bournemouth's history as a convalescent centre, when it became an important location for the recovery of World War One casualties. For instance, the Mont Dore Hotel (now Bournemouth Town Hall) was requisitioned as a military hospital.