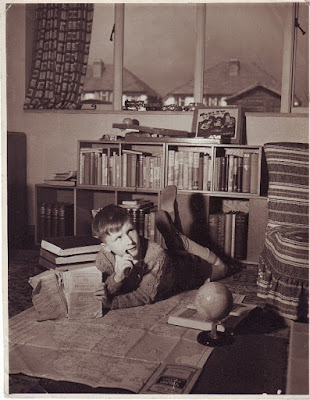 Reproduced from Helen Hemming's photo collection with kind permission of the subjects: characterful but rather excruciatingly retro images of 1950s childhood via the out-take press photos for a Daily Sketch feature from April 16th 1953, Ask Memory Boy. It concerns a relative portrayed as the "Bradshaw baby" because of his interest in Bradshaw's railway guide (then in the final few years before it ceased publication in 1961). I'm reliably assured that the powers depicted were exaggerated for the purposes of the story. 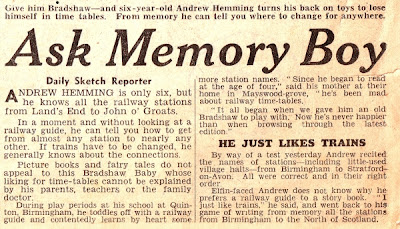 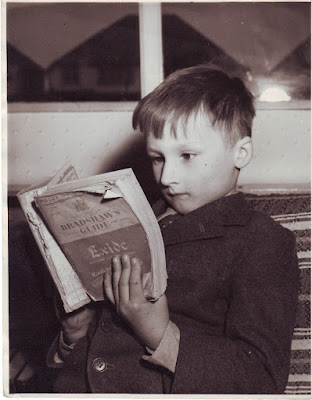 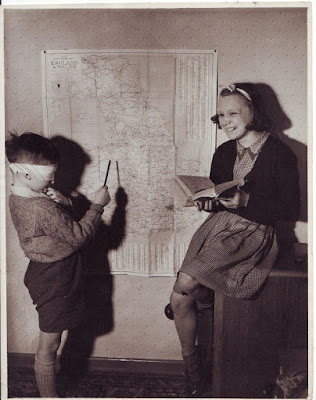 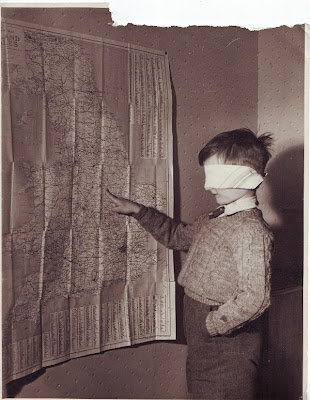