My mother-in-law, Helen, died yesterday. There's not much to be said on that; she was 98 and had been very ill for a long time, and her death was both expected and, to her, even welcome. The chore of clearing her flat, however, is producing some surprises: in particular her scrapbook contains many items of historical and artistic interest, and I thought I'd post a few of the less personal ones as a commemoration.  One of my favourites so far is the above photograph of Helen's mother, Ellen Lea, taken probably in the late 1930s: a sensitive portrait with beautiful chiaroscuro. 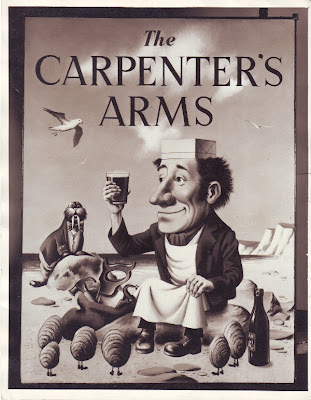 Another nice image is this photo (unfortunately only in monochrome) of an Alice in Wonderland themed inn sign for The Carpenter's Arms, Limpsfield Chart, Surrey, painted probably in the 1950s by Helen's brother Eric Lea, a commercial artist who worked under the name of Leo Newman. The pub still exists, though it has no particular sign. 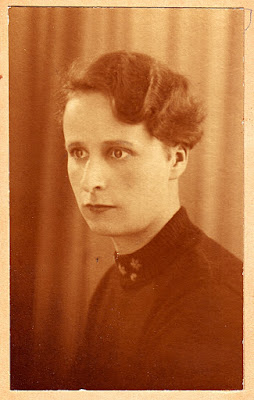 Email ThisBlogThis!Share to TwitterShare to FacebookShare to Pinterest
Labels: photo