This is ultimately going to be a bit of a nepotistic post, but Clare and I finally watched - and then almost immediately rewatched - Ratatouille, the Disney/Pixar animated movie about a rat who becomes a great Paris chef.

It's a brilliant film, an example of how Disney have long since moved on from the safe and trite. It works at both a simple level - it's thoroughly heartwarming - but also at a deeper one, with many visual references to classic French movie actors, and even an unmistakable allusion to Proust's classic "Madeleines and Lime Blossom Tea" moment. If you haven't seen it, do check it out.

But this post is just an addendum to one on my wife Clare's blog. One of the central motifs in the film is the creation of a gourmet version, confit byaldi, of the French peasant vegetable dish ratatouille. The film and subsequent Googling made it look so tempting that we just had to try it, and it was ... well, see Clare's blog post Ratatouille. 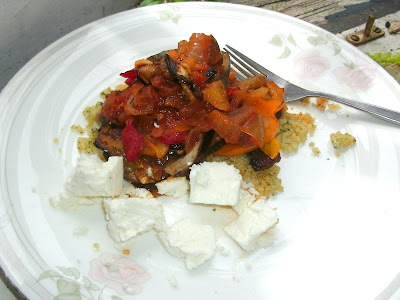