This weekend Clare and I visited The Silence of Dean Maitland territory. Our original plan was to go to Calbourne - "Malbourne" in Maxwell Gray's novel - but we had a rapid rethink on discovering there's no bus off-season. A bit of intuitive calculus (as you head west from Newport, the extant Yarmouth bus route and Calbourne roads diverge) found the nearest bus-accessible point to be a place called Lower Watchingwell, some 2km north. Check out Google Maps Street View; you might get the impression they're not keen on advertising that this is a public footpath. From there, we struck out cross-country across some seriously muddy footpaths and bridleways, and went to Swainston Manor first.

Swainston Manor ("Swaynstone", the home of the local landowner Ingram Swaystone in Dean Maitland) is now - intermittently, it seems - a hotel, but was originally the seat of an extensive estate. Its immediate scenery is distinctly geology-driven: a few hundred yards north of house, which is on Tertiary clays, is the boundary with the Cretaceous chalk downs that form the backbone of the Island; this creates a spring-line that feeds Swainston's ornamental lake (the same copious spring-line that feeds the streams at Carisbrooke, a few miles to the east). 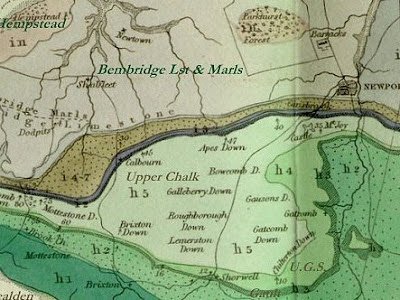 The grounds of Swainston are beautifully landscaped, undoubtedly organised to include the view of the Temple, the 18th century Doric-style folly built as part of the estate on the chalk hillside to the south. 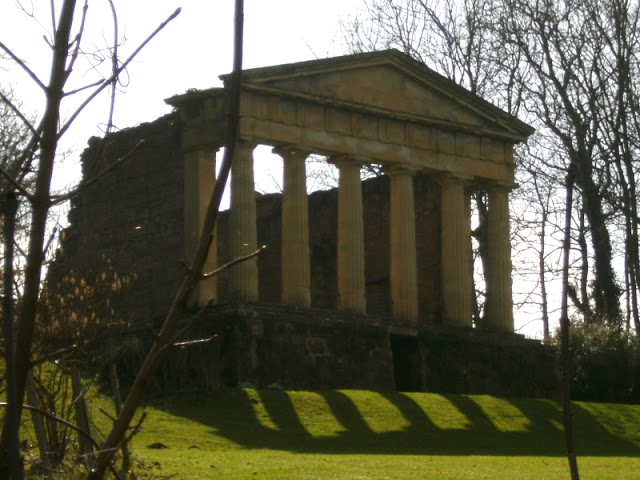 Edmund Venables' 1860 The Isle of Wight, a Guide calls it "The Temple of Boreas", but this is the sole occurrence of the name I can find. The listed building entry says:


Ornamental garden building, being converted to dwelling at time of survey. c.1790 but possibly reusing the foundations of an existing estate building of the Swainston estate. Built in the form of a Doric temple. Front has very deep plinth of stone rubble. 3 steps. 6 ashlar Greek Doric columns surmounted by entablature with pediment and triglyph frieze. Plain entrance in plinth. Side walls of coursed stone rubble. At time of survey part of a side wall and the rear wall was not present. Cellar has blocked in round-headed arch, probably the remains of an earlier estate building.
- listed building entry (English Heritage Building ID: 393011)

In the novel, the Temple is the family home of Alma Lee, the coachman's daughter made pregnant by Maitland, and the copse behind it is where Maitland accidently kills her father.


They have just passed the entrance-gates of Swaynestone — lonely gates, unfurnished with a lodge — and the waggon stops with interrupted music at some smaller gates on the other side of the road, where the upland still rises, not in bare down, but in rich meadow, to a hanging wood, out of which peeps dimly in the dusk a small white structure, built with a colonnade supporting an architrave, to imitate a Greek temple — Alma's home.
...
Now they passed Swaynestone, where Sir Lionel reigned no more, having been gathered to his fathers; and there, on the left, stood the sham Greek Temple, its colonnade gleaming white in the sunlight, and its architrave sharply outlined against the fatal green coppice cresting the hill behind it.
- The Silence of Dean Maitland

Being a bit of a Goody Two-Shoes when it comes to "Keep Out" signs, and having failed so far to track down the owner for access permission, I made do with a photo from the adjoining field. Only these guys seemed interested in us. 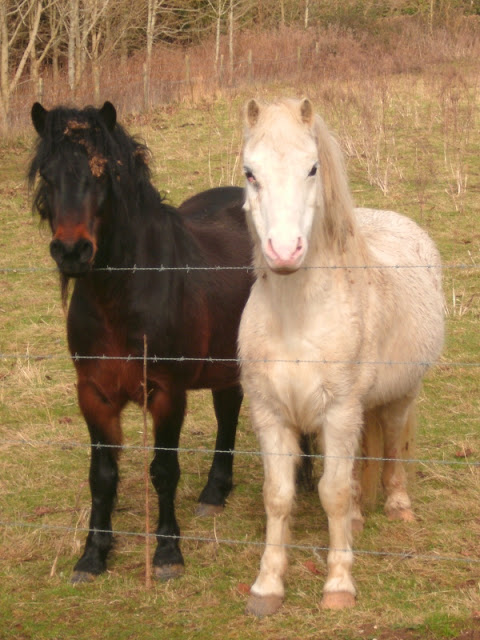 However, the fence being down in places, I did check out the well-trodden path into the woods below the Temple, where there's a memorial obelisk, in appropriately Classical style, to "Andrew Wyld 1949-2011" (the other three sides are carved ΧΡΗΣΤΟΣ / ΜΕΓΑΛΟΦΥΗΣ / ΓΝΩΜΩΝ). 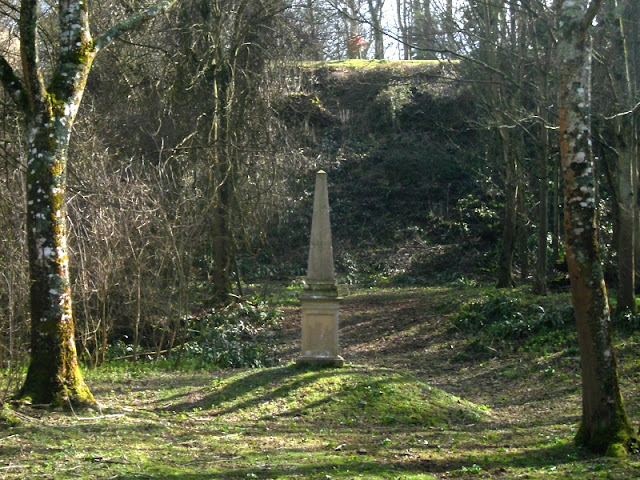 The name didn't ring bells with me, but a quick look in NewsBank finds this to refer to the late owner of the Temple, Andrew Wyld, an eminent art dealer who specialised in English watercolours.


One of Wyld's greatest loves was the Isle of Wight, where in the mid-1980s he acquired a ruined Doric folly. This he stabilised without rendering it habitable, preferring to sleep in comfort at The George at Yarmouth and enjoy The Temple by day and for parties.
- Andrew Wyld - Dealer in watercolours and one-time Agnew's expert whose cultivated eye identified a Turner and several works by Peter de Wint, obitary, The Times, November 19, 2011

To take in Calbourne itself would have added a couple of miles to a soggy walk that already promised to be about 7 miles, so we left it for another day and walked back to Carisbrooke, via a set of farm tracks and footpaths that partly follow the route of the old railway line. Interesting how things have come full circle; in the mid-Victorian era as portrayed in The Silence of Dean Maitland, the only way to get to parts of the central Island was to walk or have your own transport - no change, then. 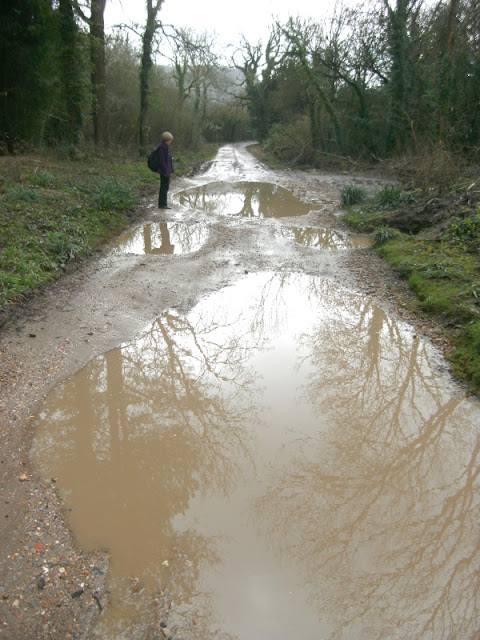