Odd day yesterday. It was sunny in Topsham, so we decided to go for one of our usual walks, the six-mile circular walk from Exmouth to Sandy Bay and back, at the western end of the Jurassic Coast. But in Exmouth, just five or so miles to the south, it was distinctly overcast from a mist blowing in from the sea.


Because the tide was just a trifle too late to round Orcombe Point on the beach, as these people were finding out ... 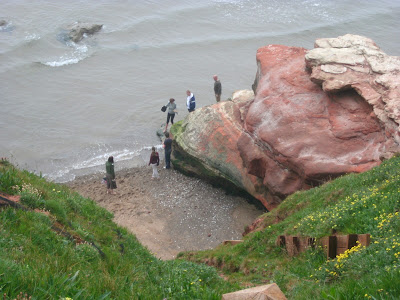 ... we went over the NT-owned High Land of Orcombe to Sandy Bay, where it was almost as misty ... 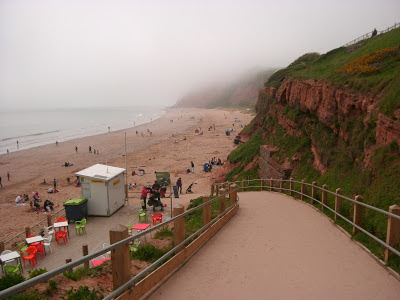 ... and back via the weirdly-signposted "Permissive path to Gore Lane". It takes you through a cowfield, where we were followed by a crowd of curious heifers (I've no idea what they wanted) ... 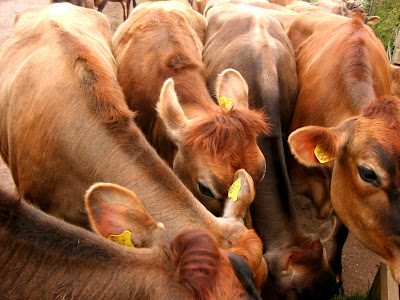 ... on to this extremely quiet lane that leads you back into the eastern end of Exmouth. 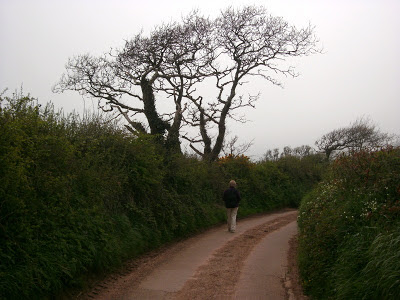 It's odd how you can live in an area for years and still find new routes. I wasn't aware that Bath Road - the pedestrian road along the foot of Exmouth's sandstone cliffs - has a continuation further eastward, Madeira Walk (much featured in old postcards). It's a very English stroll, at this time of year rich with the scent of Alexanders: on one side cliffside gardens and slightly landscaped cliff; on the other parkland, a cricket ground and bowling club. It's a curious place, with odd little niches and conceits: for example, the steps up to a rock garden still exist, though rather overgrown. You expect to see old colonels in bath chairs. 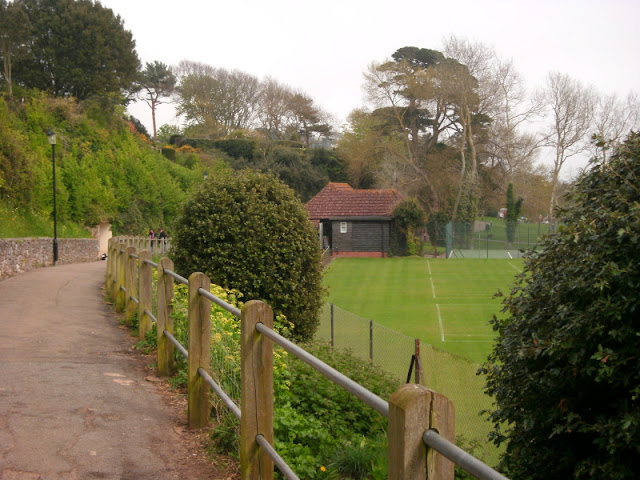 And finally, by bus back to Topsham, where it was bright sunshine still, and to our own micro-habitat. Check out Clare's blog post about it: A Really Small Garden. 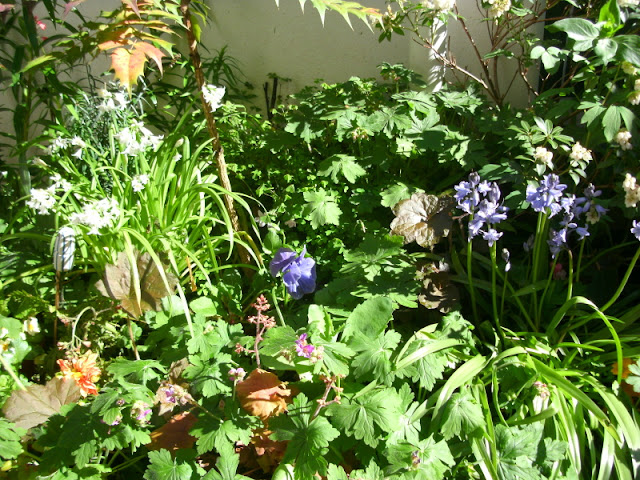