While tidying my office, I found a CD dating from August 2004 with some rather nice photos of Topsham and the Exe I took that summer from the tower of St Margaret's Church. It was, I recall, a regular feature of Town Fayre Week to let visitors up the tower for a small fee. That arrangement's been discontinued long since, probably on safety grounds; the steps were very slippery with sand and grit crumbled off the friable Heavitree Stone breccia the tower's largely made of. But the mildly scary ascent was worth it for the view.
Click any image to enlarge. 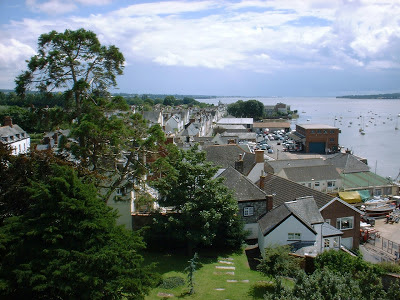 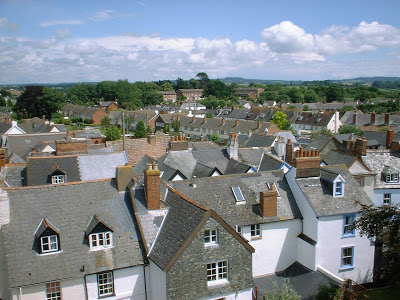 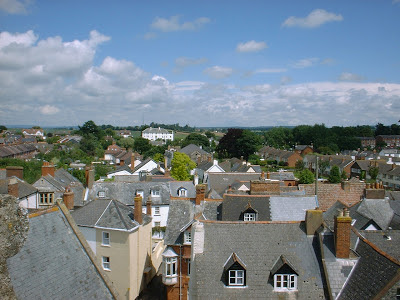 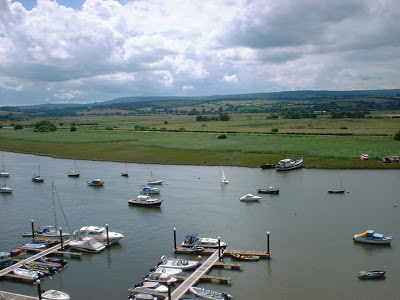 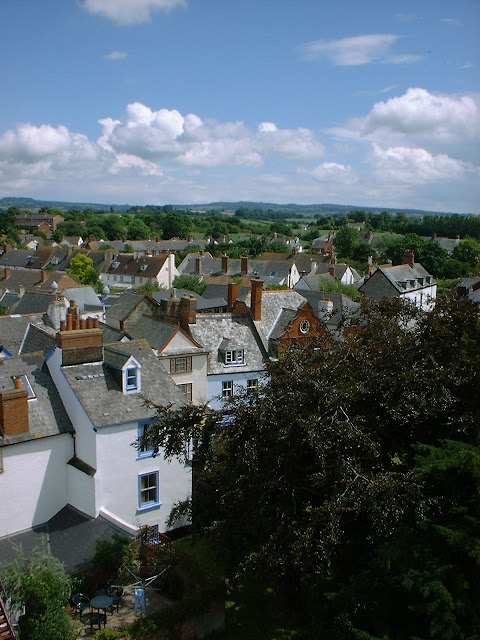 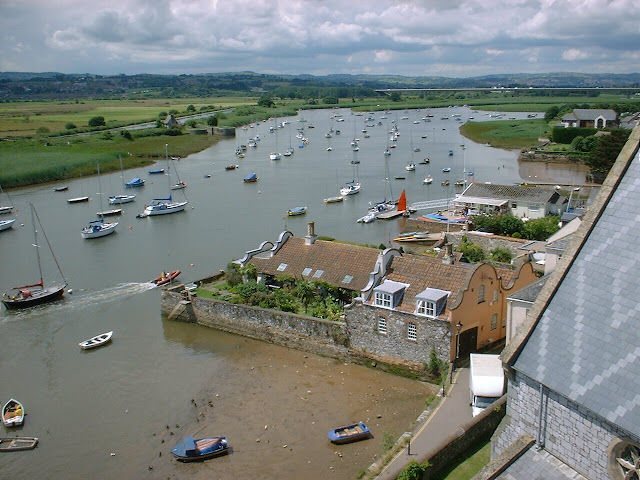