I don't normally gripe about planning issues, but this one has historical / topographical interest. The January 9th Exeter Express & Echo carried the story Storm-hit Dawlish line 'threatened' by new cliff-top homes plan, which carried a picture of the collapsed cliffs above the Riviera Line between Hole Head and Teignmouth following the February 2014 storm damage, and the story of planned development of retirement homes on the cliff above the railway. On the face of it, this looks a ridiculous proposal - but as is often the case with planning schemes, the story proves more complicated.

The planned development is actually at a different location than depicted. As the December 7th 2014 Torquay Herald Express article explains - One of South Devon's finest coastal homes may be demolished to create luxury complex for older people - this is about development on the site of Shell Cove House, much closer to Dawlish.

As I mentioned in the previous post Dawlish Coves, this location has been through a deal of reinvention over the last century or more. Shell Cove House is a development around an early 19th century villa originally called Clevelands ...


... Clevelands, a new and elegant marine villa, the residence of the Rev. Charles Phillott, whence the eye commands a delightful prospect of the Channel.
-  page 58, The Teignmouth, Dawlish, and Torquay Guide (c. 1830)

... that was above the cove called Horse Cove (see the National Library of Scotland Historic Maps Viewer). This Horse Cove was cut off by the Brunel railway line, except for a path that went under the line. As tribute for selling the land for railway access, Phillott got posterity (among other adjacent landowners) by having one of the railway tunnels named after him - see page 175, The Route Book of Devon (Henry Besley, 1846). It's now, with a slight corruption of name, called Phillot Tunnel.

At some point in the mid-20th century, the location underwent a reinvention - it happens some time between the 1938 and 1955 Ordnance Survey maps - when Horse Cove became Shell Cove, and Clevelands become Shell Cove House. Subsequently, Shell Cove House become a family-run holiday complex that ran for some 40 years, but closed in 2013 (see Dawlish.com, Shell Cove House is closing down) after which the house and grounds went up for sale. There's a PDF with some very nice pictures from Humberts (Holiday Complex & Development Site at Shell Cove House, Old Teignmouth Road, Dawlish, Devon) and a pre-planning page here from PegasusLife, the current proposers of development. 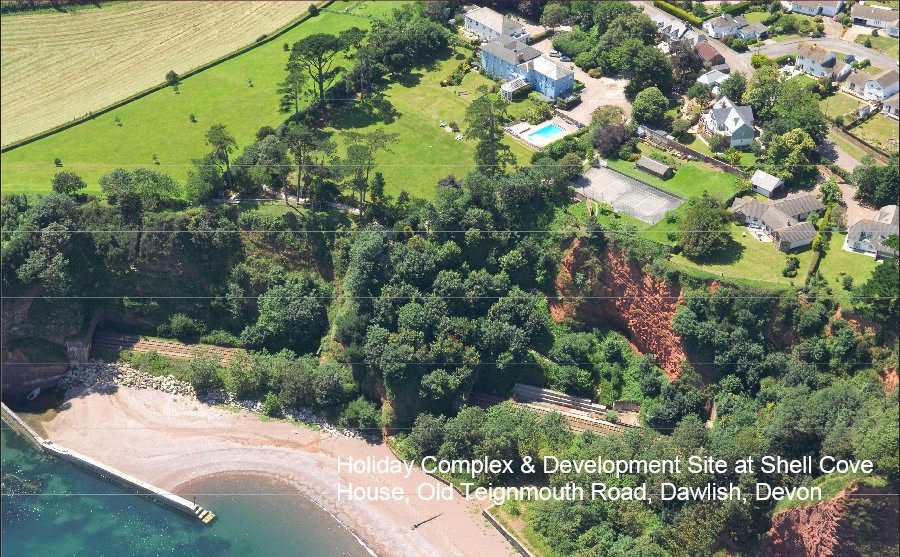 I briefly visited Shell Cove in 2007 at a very low spring tide, by wading over distinctly scary seaweed-covered rocks between it and Coryton's Cove ... 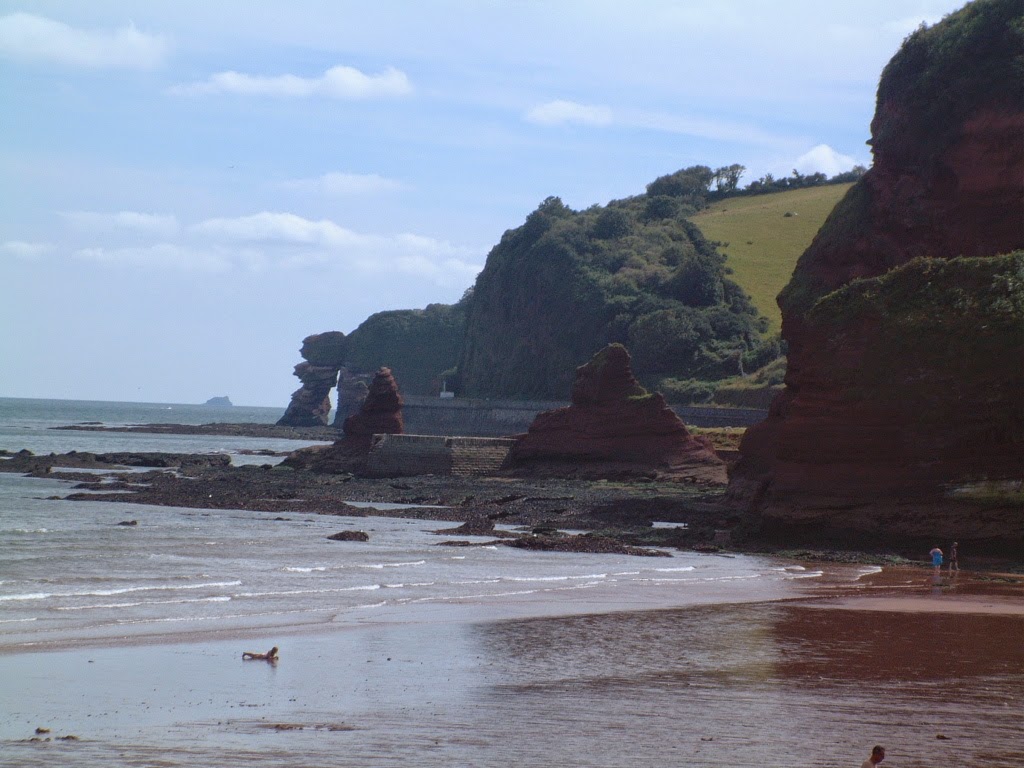 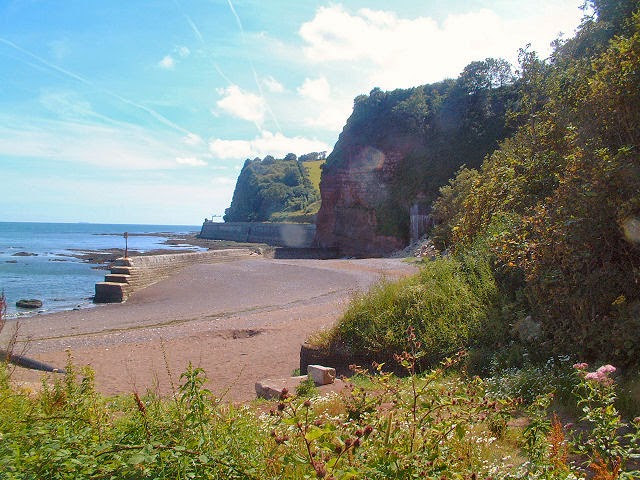 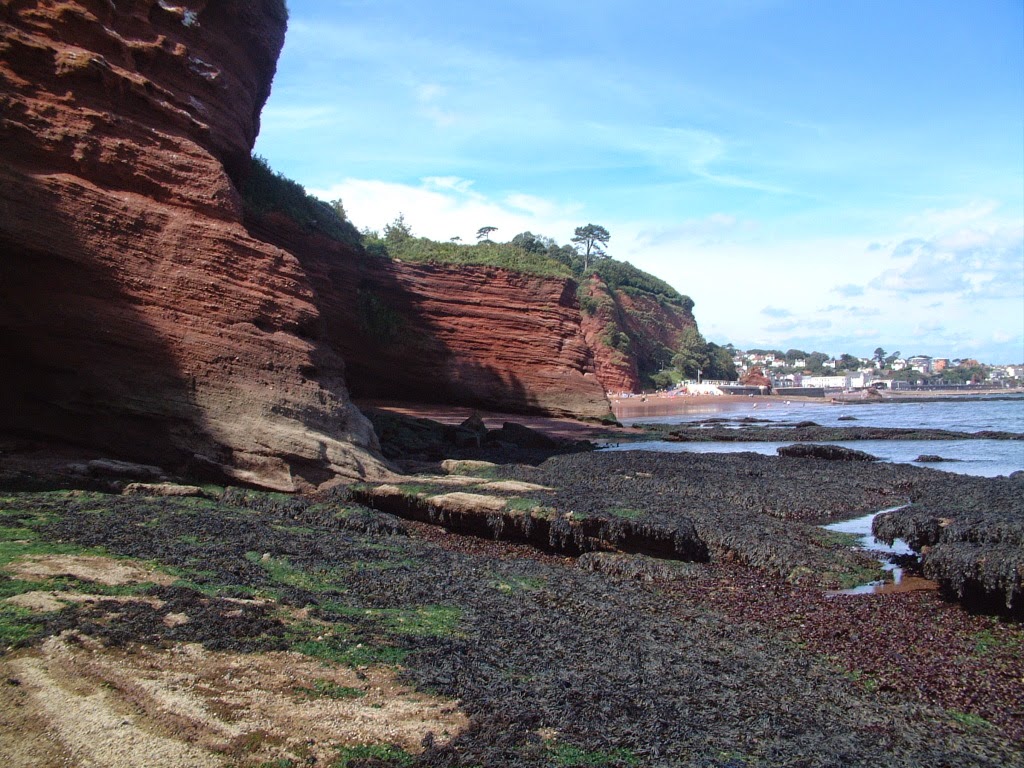 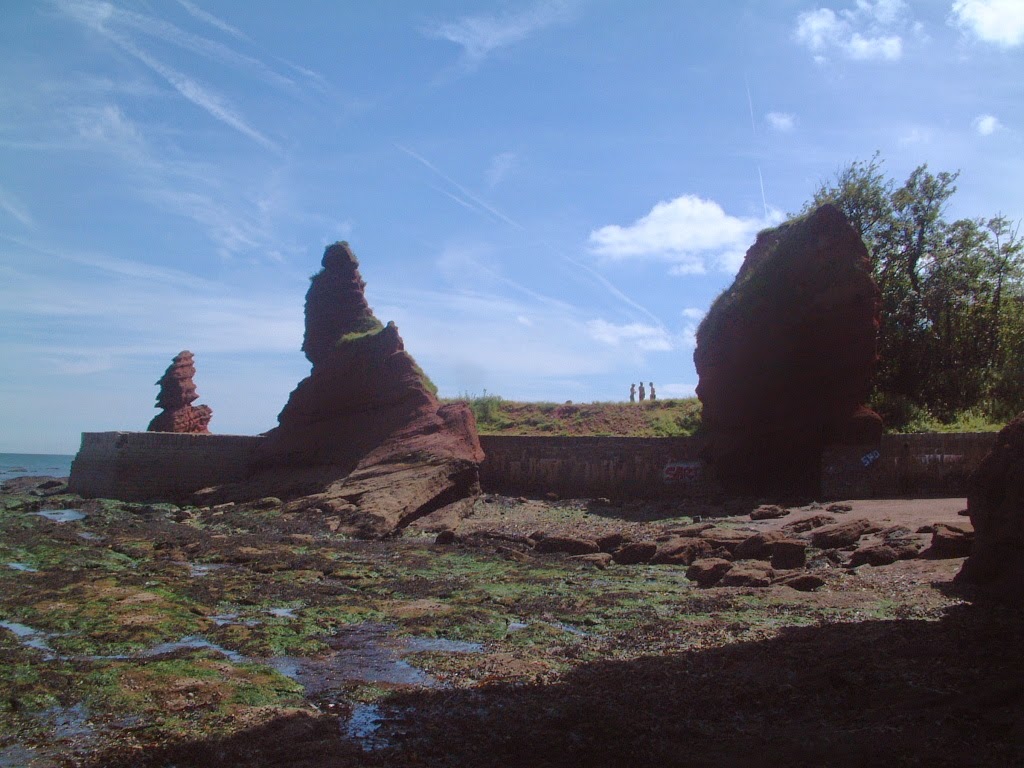 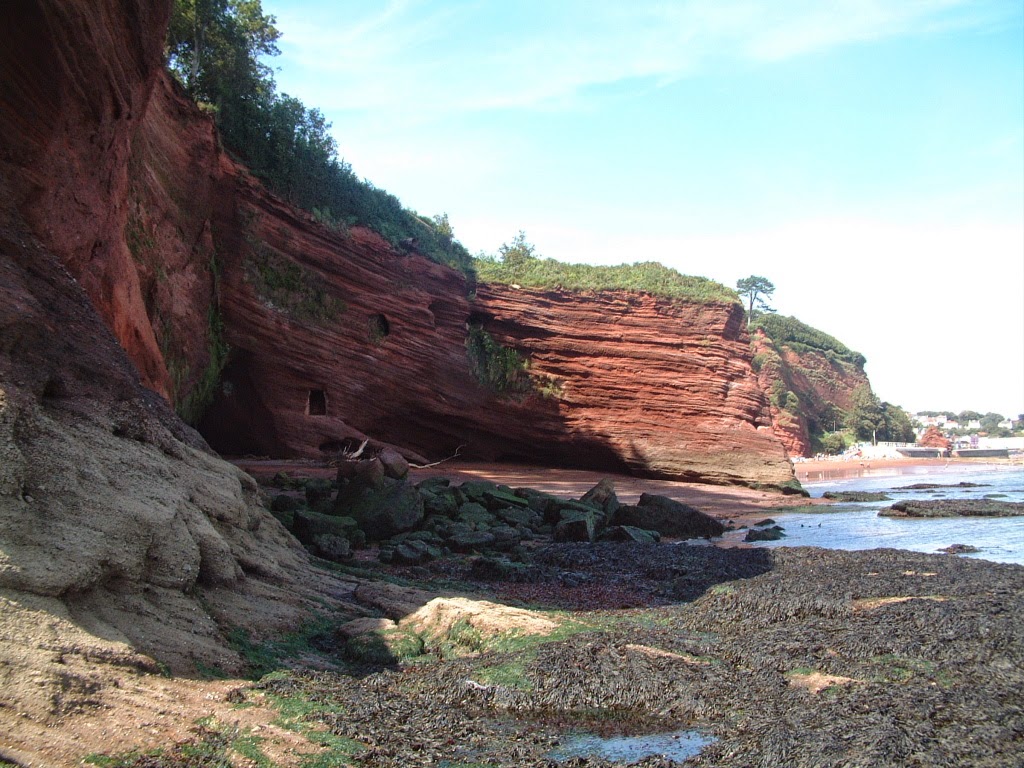 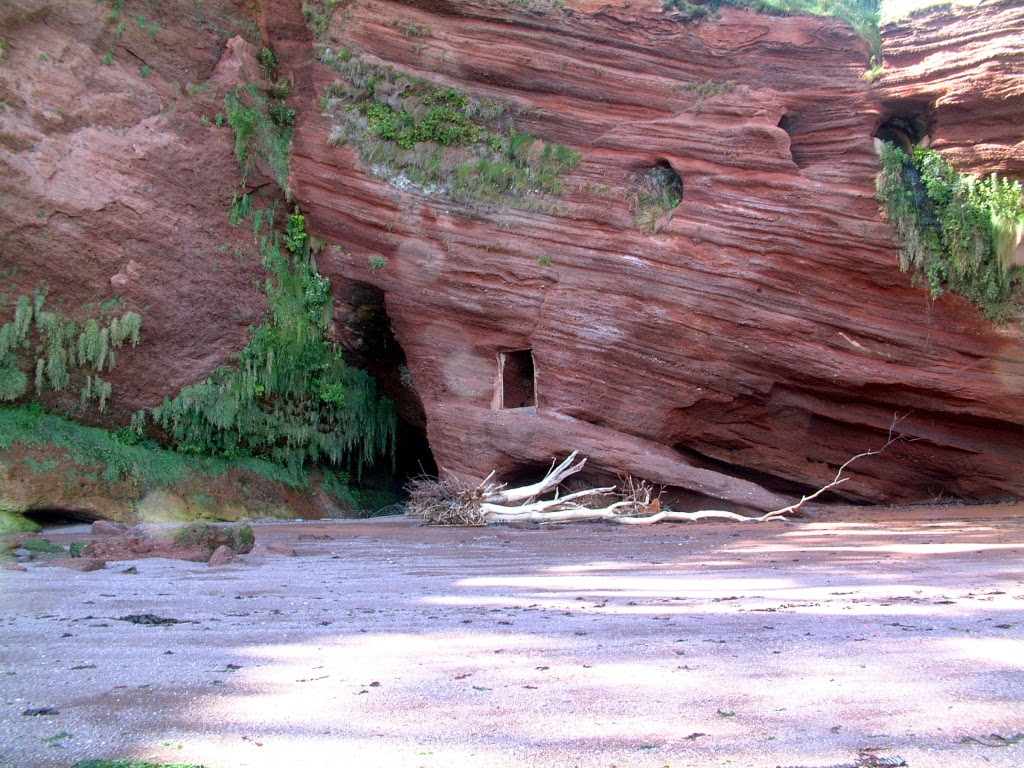 This one is interesting. Up a ledge - slippery, so I didn't want to risk it alone - was this portal leading to a flight of steps. I wonder if this is the "private tunnel" mentioned in the article on Teignmouth and Dawlish in The Bristol Mercury and Daily Post for June 16, 1884:


The Cowrie cove, or shell beach, just beyond Coryton Cove, is a favourite for ladies; it can only be reached at low water, or through the private tunnel.

The 1870 Route Book of Devon (page 71) also mentions the "cowrie cove". Perhaps this is the origin of the name "Shell Cove". 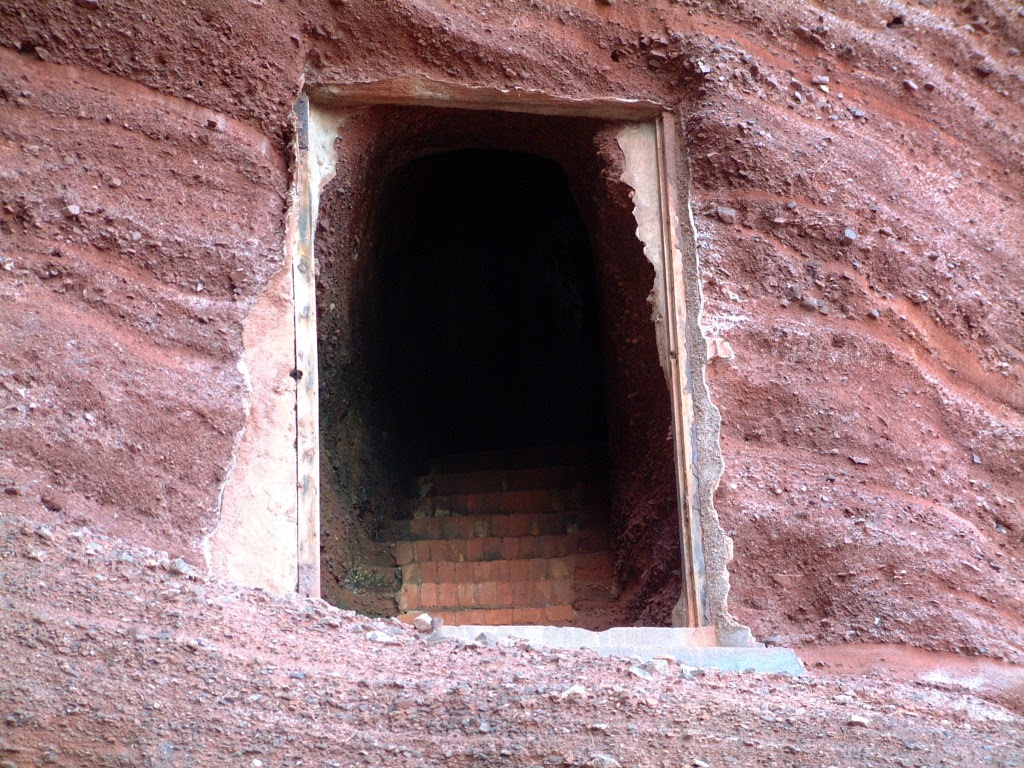 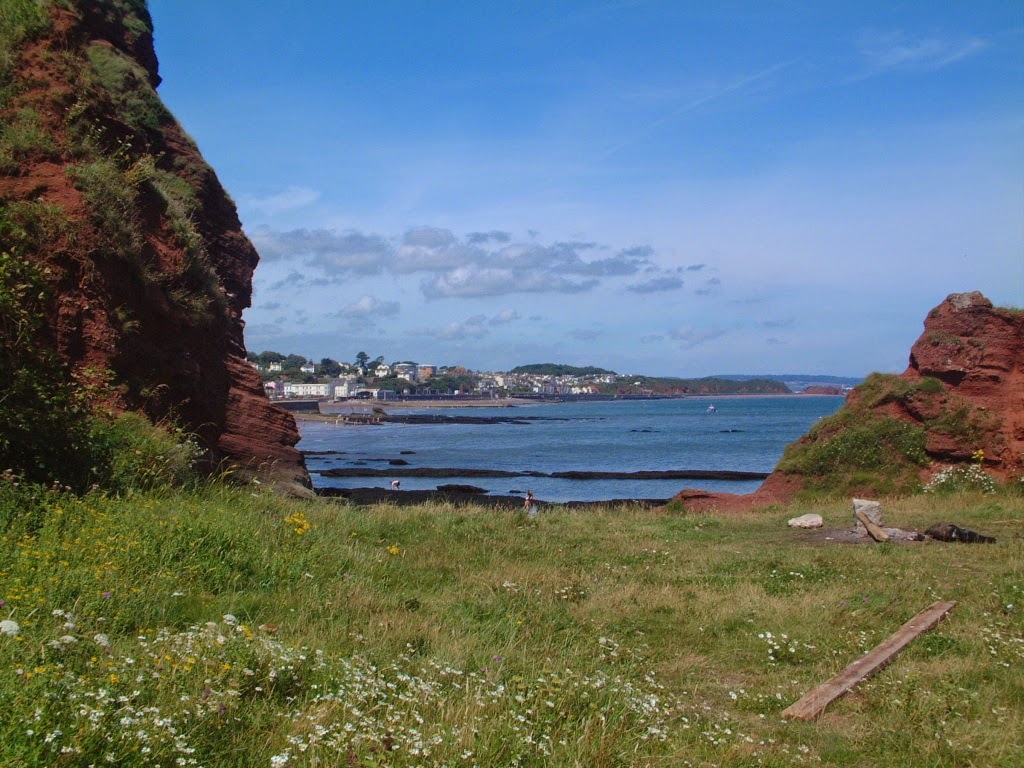 ... and that's the problem with the place. You can only get there via the shore during the brief window very low tide allows, or by boat, or by the private access path under the railway from Shell Cove House. The plan seems to be - see Planning Committee report - to retain this arrangement as a value-added feature for the proposed Pegasus development, which is to demolish Shell Cove House (for some inexplicable reason not listed, despite its age) and the associated complex, and replace it with upmarket retirement homes.

I really can't judge the geomorphological merit of Network Rail's objections: this is not a cliff that's under direct sea erosion, but their concerns are cliff stability, and loading of the underlying railway tunnel. But whatever happens, I'm strongly in favour of the proposals described in the planning report and Torquay Herald Express piece:


Local residents and the South West Coastpath Association say the development would provide the opportunity to re-route the coast path from the Old Teignmouth Road to around the seaward side of Shell Cove House to provide coastal views.

The Newton Abbot Ramblers group say this would restore ‘an historic route of natural beauty along our coastline’.

There are also calls to open up public access to Shell Cove Beach.

Many significant locations on the South Devon coast have been made inaccessible and/or horribly unaesthetic by building in eras, Victorian and onward, when aesthetic/environmental concerns and public access were right at the bottom of the list. My personal pet dislikes include:
It would be nice to see this trend reversed, if only in a small way, by a sympathetic development of the Shell Cove House site that restored public access to Shell Cove and the cliff above.