It ain't that kind: three years on

Hwæt ... (well , Seamus Heaney thought it was a good equivalent to "So ...") ... it's been near enough three years. I was first investigated for metastatic cancer of unknown primary (CUP) in June 2012, and "three months ... to three years" was one of the few explicit figures anyone mentioned along the way. I had a scan yesterday and a solid case review today, and the news is far from good. 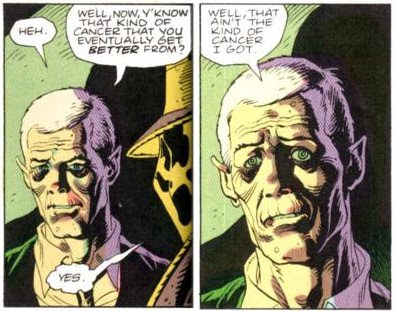 Various new problems, appearing over as little as the past three weeks - such as a suddenly swollen left arm, and a spreading Cronenberg-movie metastatic rash over the left collar-bone - brought me to the hospital on 27th May for a CT scan, and a solid case review the day after.
These confirmed what I'd have to be stupid or in denial not to know already: that things have finally started rapid escalation (new lung nodules, as well as the obvious stuff I can see). That's one bit of bad news. The other (a strong clinical consensus of the duty consultant oncologist and my regular oncologist) is that third-line 'salvage' chemotherapy would be very unlikely to give any benefit. What's more - in hindsight - they were of the view that the benefits of my two earlier chemo treatments were "modest" - never as radical as I thought at the time. Largely, it seems I owe the two-and-a-half energetic years after diagnosis to having an indolent (i.e. slow-growing) form of CUP in lymph nodes nowhere vital.
I said even before the case review that I was game for more chemo if it should be clinically judged worth doing, but if not, I wouldn't take offence. The latter is how it is. I can't pretend it's not a major blow to come to the point where the options run out, and also to find the final escalation kicking off far faster than I'd imagined. I'm OK with that part. From now on, we go with symptomatic treatment only (of issues such as cough, breathlessness, inflammation, and pain). It's definitely late game now ... and perhaps very late game.
I'm not going to alter the tone of JSBlog and soul-search about that. But let's just say I'd so much rather be chilling out with Clare after a long cliff walk, sitting in a sunny tea garden on a clifftop at Shanklin with a visit to my Dad to follow, than sitting here writing on a Vodafone Smart Prime 6 like an updated M. Valdemar from Poe:


He spoke with distinctness—took some palliative medicines without aid—and, when I entered the room, was occupied in penciling memoranda in a pocket-book.

It seems only the hardware changes.

1st June, 2015
Oh, blimey! This is getting confusing and very stressful on top of everything else. I had a follow-up oncology appointment today, and they've done a review of the review. They now think that the two chemo treatments I had were successful: significant tumour shrinkage and good remission from the first; and a definite 'hold' from the second. That means they now think that after all it's worth trying another chemotherapy (paclitaxel), and I'm scheduled to start next week. The aim will be clinical benefit: we stop if it's doing nothing or making me very much worse. Benefits are more likely to be in terms of life quality rather than life extension. (My big problem at the moment, physically, is some kind of upper airway spasm that's not terribly explicable, and is making me very short of breath despite lung function checking out as perfect, as well as interfering with eating). If they can do something about that, it'll be useful. But the whole thing leaves me in a "processing that ..." state. It ought to be good news, but a major change of plan is very hard to take in at this point. 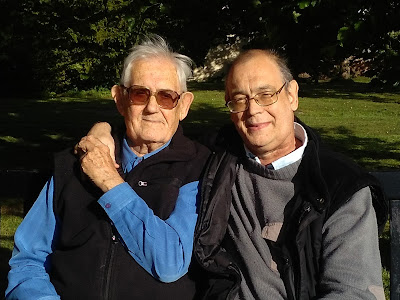 My Dad and Sim, one of my sisters, have been visiting over the past couple of days. Lovely time.
I don't have the least idea how things are going to play out with the treatment. As I said, the deal is about possible quality improvement, not longevity, and I'm getting the scary paperwork to look at now - "decision to refuse treatment" scenarios, and such like. But time to sit having tea with my Dad and Sim has been bliss. Dad has been through a lot, including conscription at 19 into the worst phase of the Korean War - last year I wrote a little about him here - and I'm sorry to add all this to it.


And not forgetting the most loved and valued person in my life: my wife Clare. This is a repost from the recent Blossoms from a Japanese Garden piece, taken over a cup of tea in Ryde. We've been married 27 years, which is quite good going, considering we started quite late in life. I can't imagine how she'll cope. 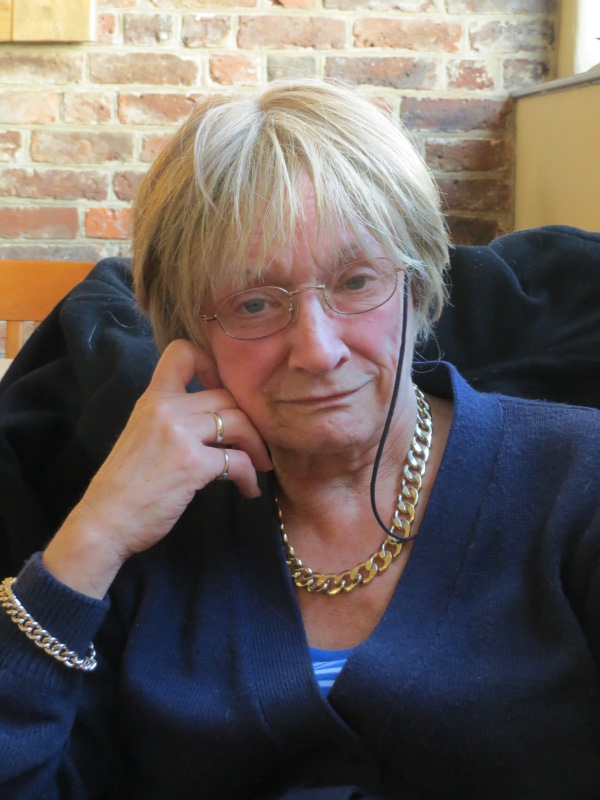