Talking of naive art: I just found some photos, which I thought I'd lost, of the Haldon Hills pet cemetery that I took in October 2007.

The cemetery is adjacent to a disused quarry on the slope of Buller's Hill, on the inside of the bend in the road that climbs southward from the Haldon Belvedere junction (it's at SX 877 857, or see Google Maps). It's undoubtedly in worse condition now. The history isn't much documented; Chip's Barber's Around & About The Haldon Hills (Obelisk Publications 1982) says that research proved fruitless. I wrote a bit more about it in 2007: see Pet Semetary.

Sorry about the photo quality. The light was failing, and my camera batteries were too low to use flash. Click any image to enlarge. 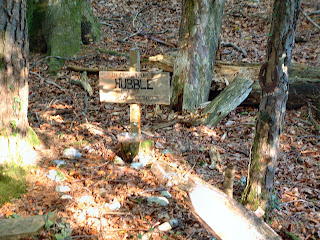 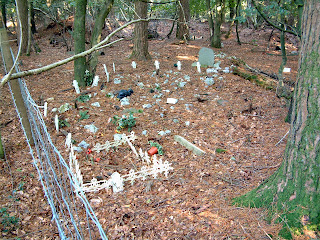 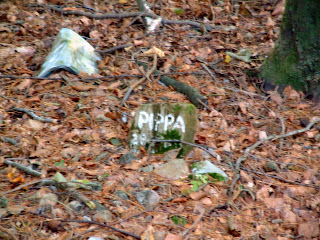 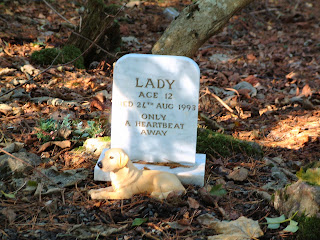 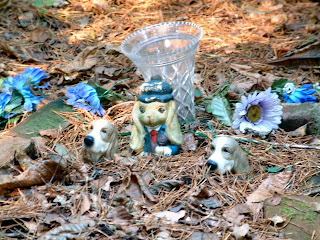 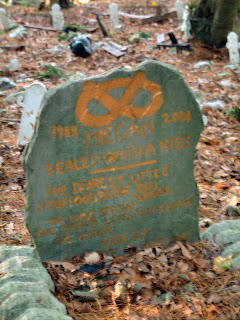 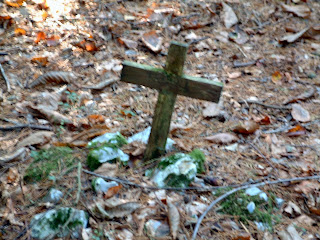 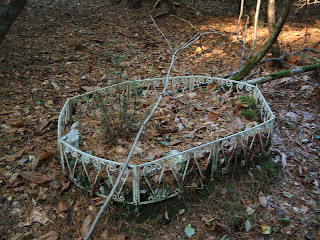 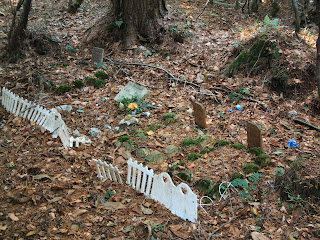 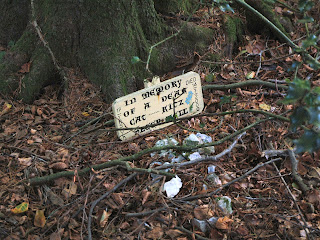 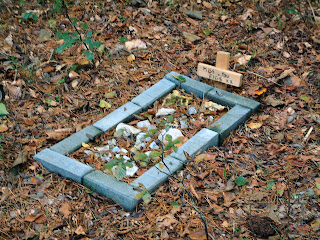 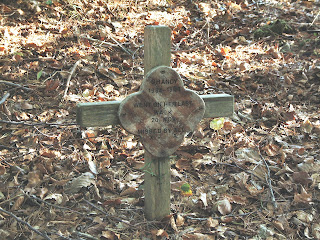 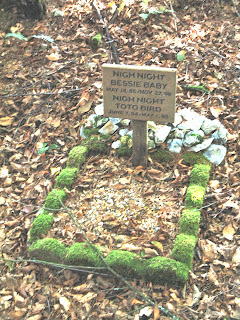 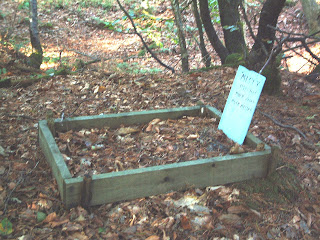 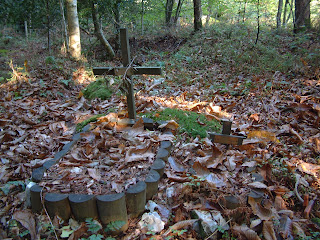 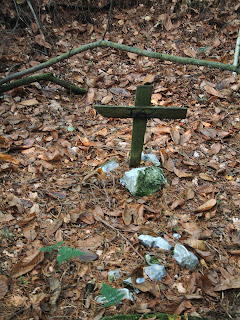 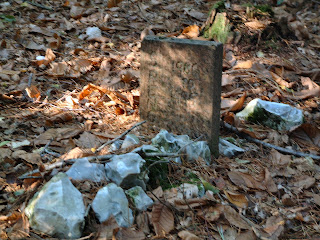 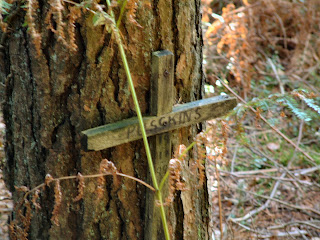 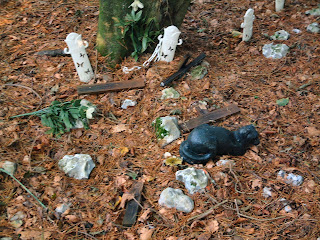 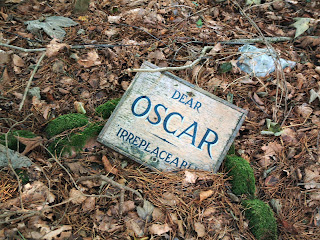 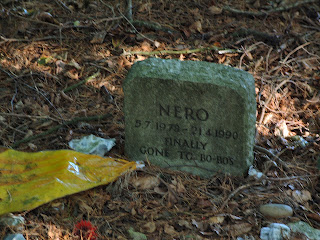 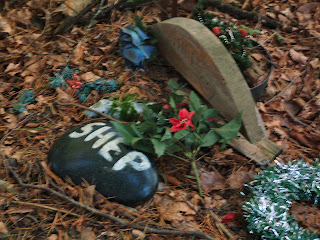 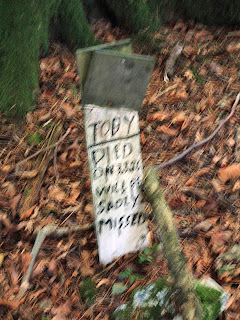 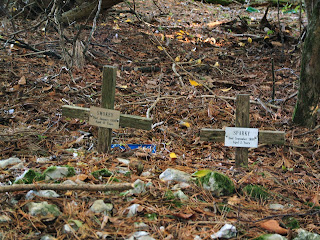 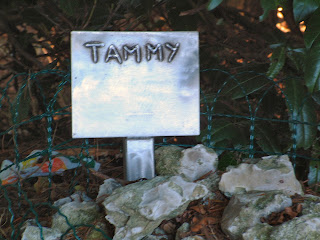 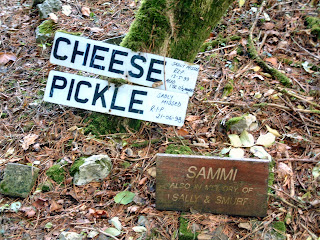 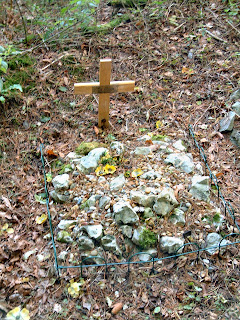 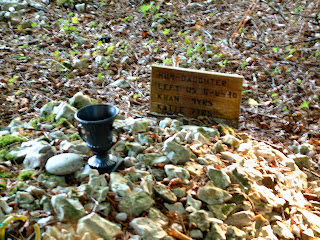 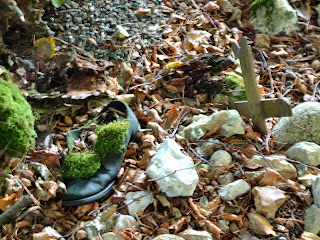 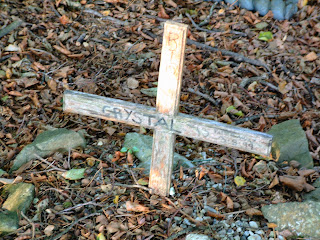