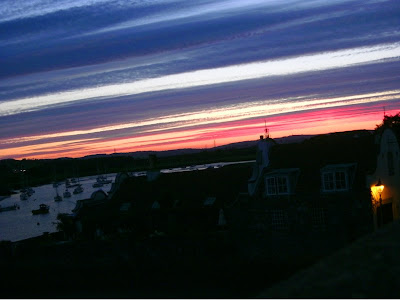 I don't know what it signifies - presumably some kind of weather front passing over - but last night's sky just after sunset was an amazing Munch-style display of intense red and purple striations. 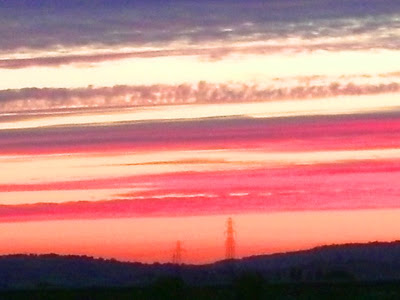 Topsham, meanwhile, got its annual visit by a chapter of the Hash House Harriers, a running / drinking / social club on its "Red Dress Run". According to the Wikipedia article, the origins lie in an ex-pat group in 1938 in Kuala Lumpur who formed a club to run off the previous night's hangover; it now has chapters worldwide. On one of its meets, it's said, a woman member mistakenly turned up to a "hash" in a red dress, not realising it was a running meet, but ran it anyway. Now, Red Dress Runs, where runners of both sexes wear red dresses, are regular events.