It's a rather quirky story. A man called Henslowe Fisk makes the acquaintance of a clergyman, Dean Stanley, at a talk on reincarnation. Fisk is interested in the Dean's views and invites him to dinner, but can only get him to attend by saying he has a bottle of the Dean's favourite wine, the rare and ruinously expensive Hungarian Imperial Tokaji. This he obtains at great difficulty, and is surprised at the effect on the Dean; after one glass, he goes into a reverie, recounting a previous life as a dog. Fisk is intrigued, and with the help of a 'fixer' friend, finds more bottles of Tokaji to repeat the experiment. The better the vintage, the more specific the Dean's recollections become, and furthermore, they indicate that in his previous life, he was a Welsh spaniel called Wag that had belonged to Henslowe's irascible father Horatio. (The Dean's initials are even W.A.G.). Henslowe brings his father along to the next Tokaji-fuelled gathering, and the Dean's recollections are the key to releasing the old man's long-repressed grief about the unexplained disappearance of his spaniel, and about the death of his other son in the Second Boer War. 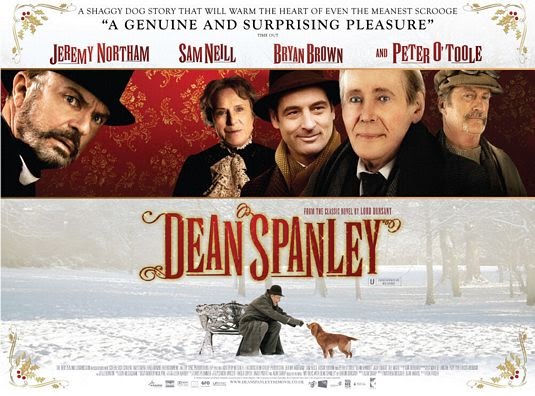 If I'd seen even the bare bones of the plot, I quite probably wouldn't have watched it. From my synopsis, it may seem pretty ludicrous. But it was a delightful film. The original Dunsany novella very much played it for comedy, but Sharp's script is more wry than comic, and plays the story straight. There's a real sense of wonder to the Dean's descriptions of dog perception, as in his description of his adoration of "the Masters" whose presence makes the light "brighter ... and louder", and his description of a dog's disappointment at barking at the moon, because it doesn't react with the smell of fear. Add pleasant period setting - MR James without the horror - and strong performances from Sam Neill (as the amiable but weird Dean), Peter O'Toole (as the brittle and repressed Horatio Finch) and all the supporting cast, and you have a gentle but highly moving film that readily suspends any disbelief at the unlikeliness of the scenario.

I've not read the Dunsany book, but its original cover (right) gives the general flavour. It devotes far more of the narrative to the Dean's recollections (the true name of the spaniel, called Wag by humans, is revealed to be Moon-Chaser), and reviews at LibraryThing say the characters in the framing story are rather lacklustre. Trevor Johnston's review at The Script Factory (archived here) praises Sharp's adaptation as a reinvention that fills in character, conflict and motivation, opening out a majorly unfilmable drawing-room conceit. A couple of contemporary reviews:


Dean Spanley, a dog ("the hell of a dog") in a former incarnation, under the influence of Tokay indulges in reminiscence and discloses the character of a canine Tartarin. A waggish, affectionate interpretation of dog behaviour from the dog-patron's point of view, with some good mock-serious passages.
- The London Mercury - Volume 35 - Page 254, 1936

A whimsical book about dogs which ought to rank high among the classics of its kind. It is a rare little joke of a book, a delightful treasure, and a bewitching fable.
- The Reader's Digest - Volumes 30-31, 1937 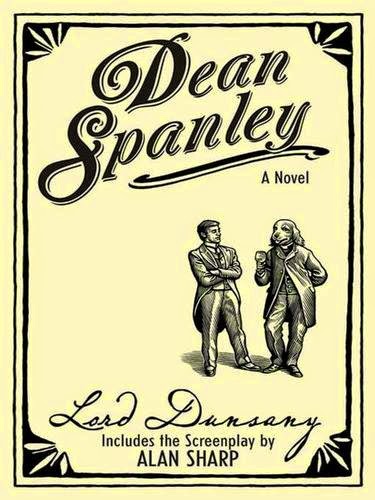 The book was long out of print before the film, but HarperCollins brought out an associated 2009 reprint (left) with the Dunsany novella, the screenplay and various production notes: Dean Spanley (ISBN 9780007321001). It looks of interest, but from a skim of the Google Books preview, I'm inclined to think the film a far better incarnation of the story than the original.

For another spaniel story, see On a spaniel's monument.