After yesterday's virtual and historical tour of Langstone Rock (Langstone Cliff - civilised lunch and a missing elephant), today we walked from Dawlish Warren to Dawlish, and had a look at the real thing. 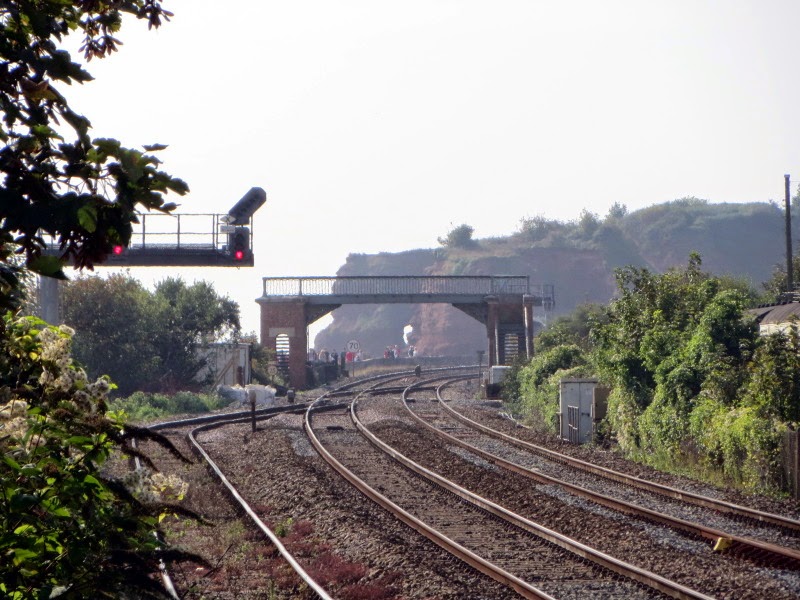 Langstone Rock with its natural arch is visible from the platform of Dawlish Warren railway station, and easily reached by the sea wall path. 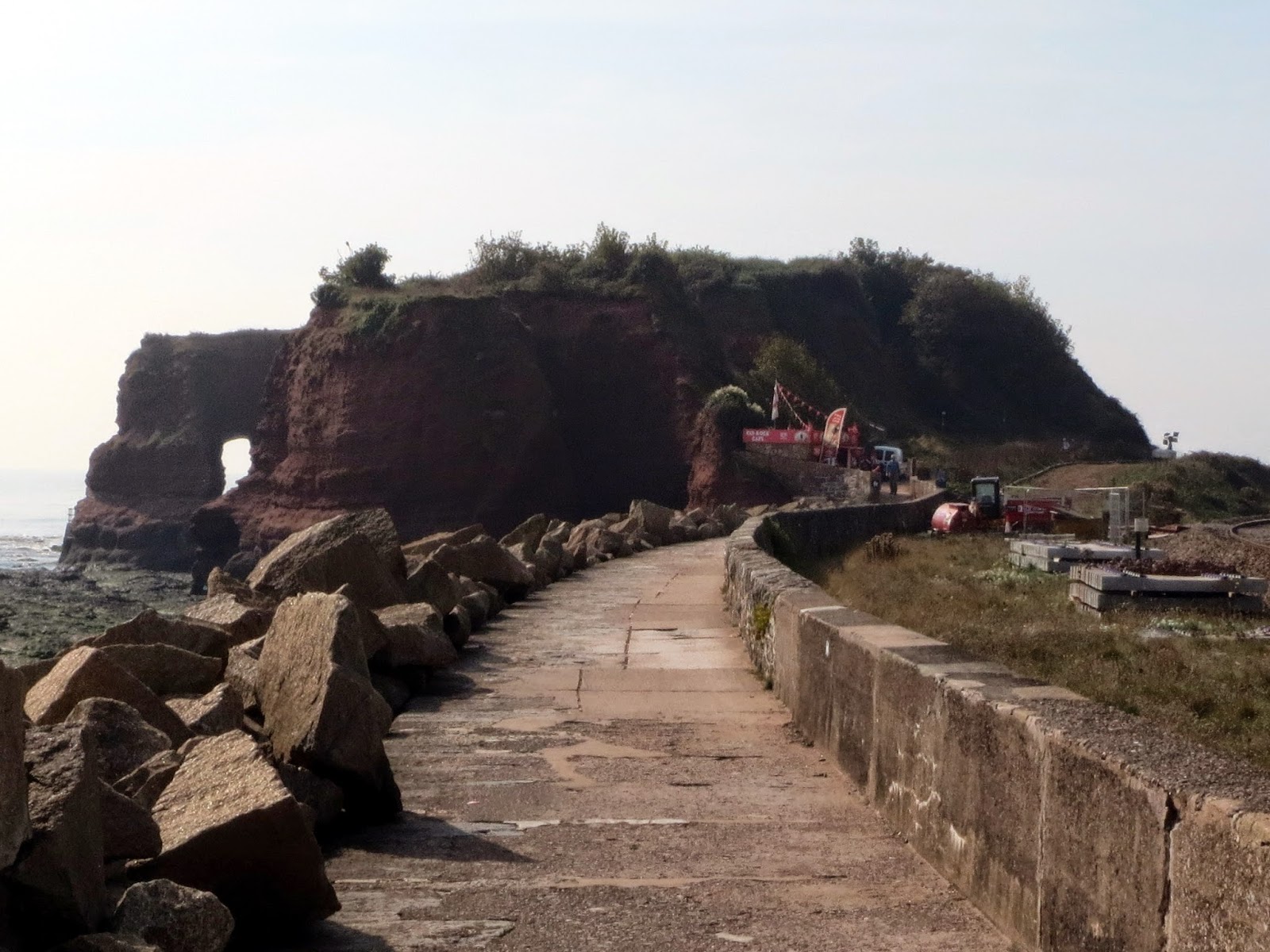 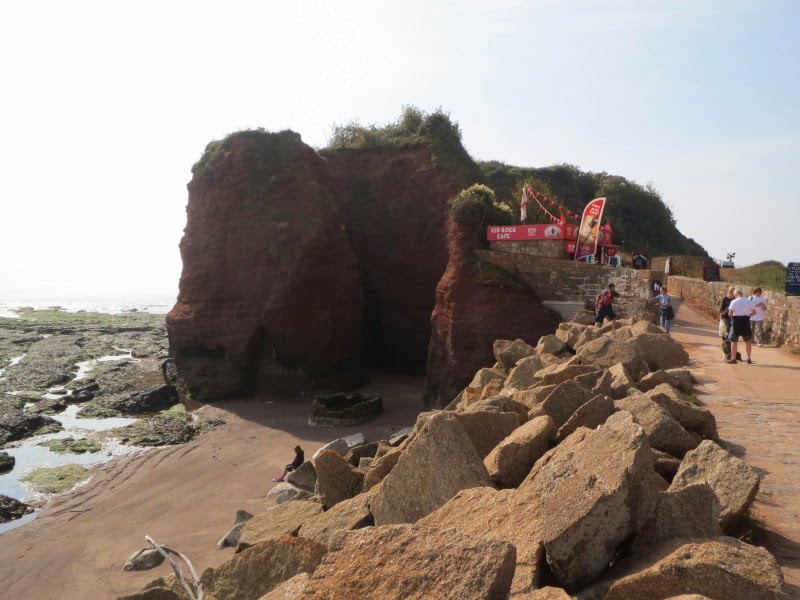 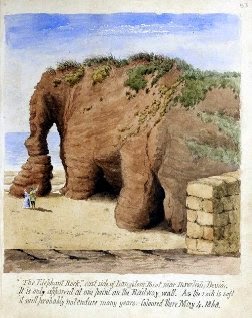 This - Red Rock Cafe at right - is something like the position of the long-gone Elephant Rock formation sketched by Peter Orlando Hutchinson (see previously for credits). A glance to the beach below shows a couple of sea-caves, one bricked up, and an igloo-like stone structure  The only way down appears to be to climb down the sea-defences; I decided not to do that today. 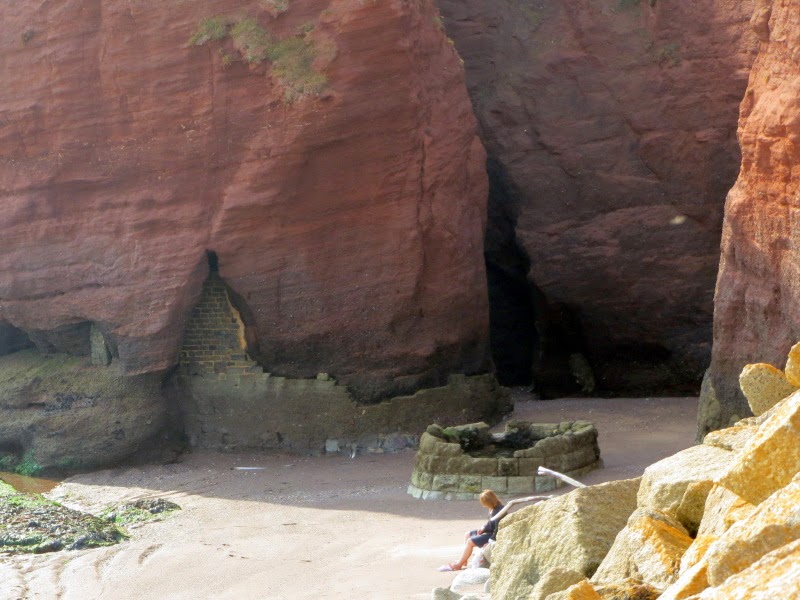 On past the cafe, there's a glimpse down to the cove between the two sections of the rock ... 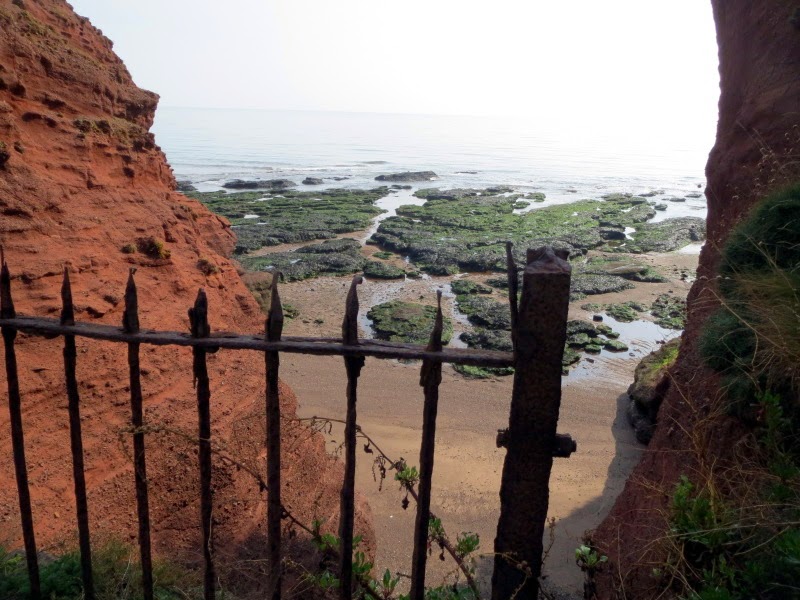 ... then a path and steps up to the flat top of the main Langstone Rock. The steps are wooden and must be pretty old, worn and polished by years of use, and have very high rises. I wouldn't care to attempt this path when they're muddy and slippery in wet weather. 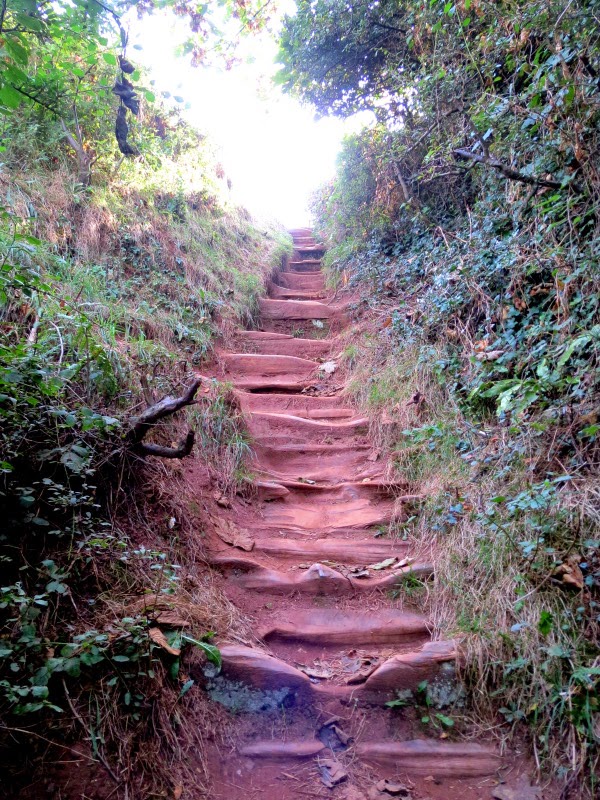 The steps emerge on to the rock's grassy top ... 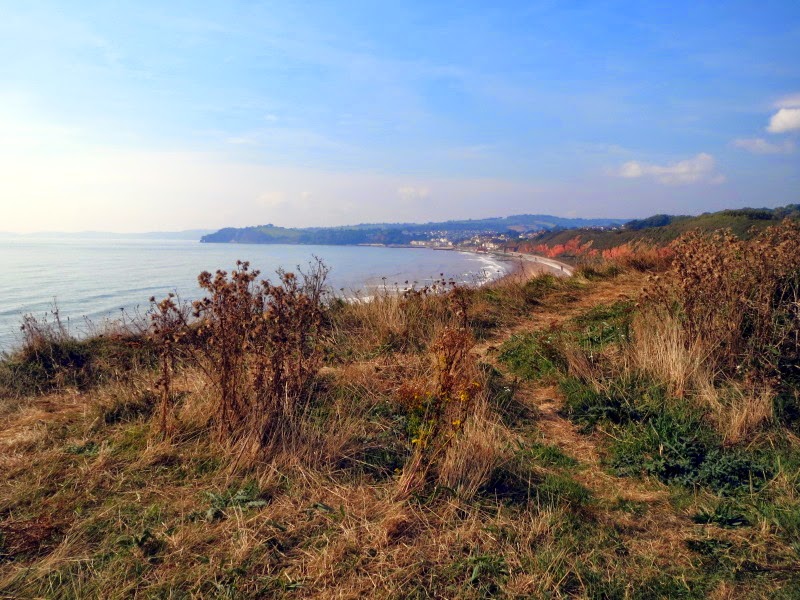 .... from which you can see down to the breakwater below ... 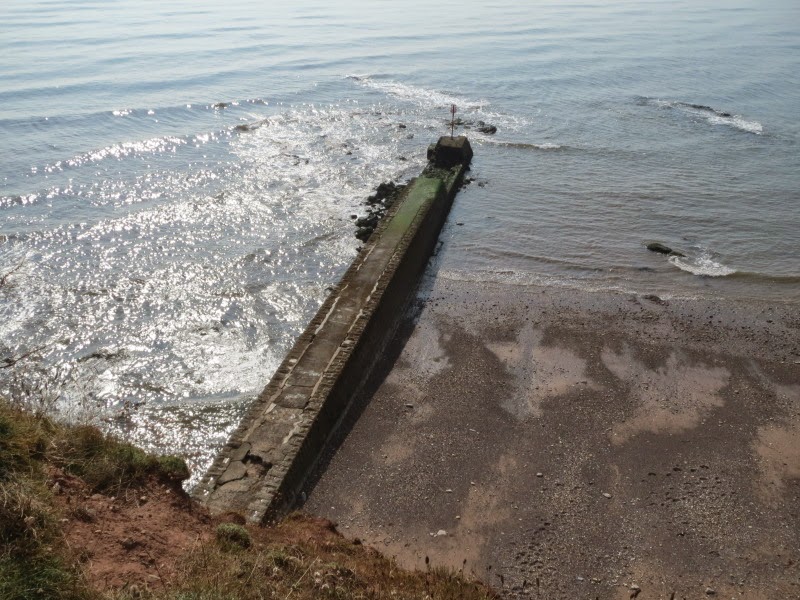 ... and from a scary path-to-nowhere over the natural arch ... 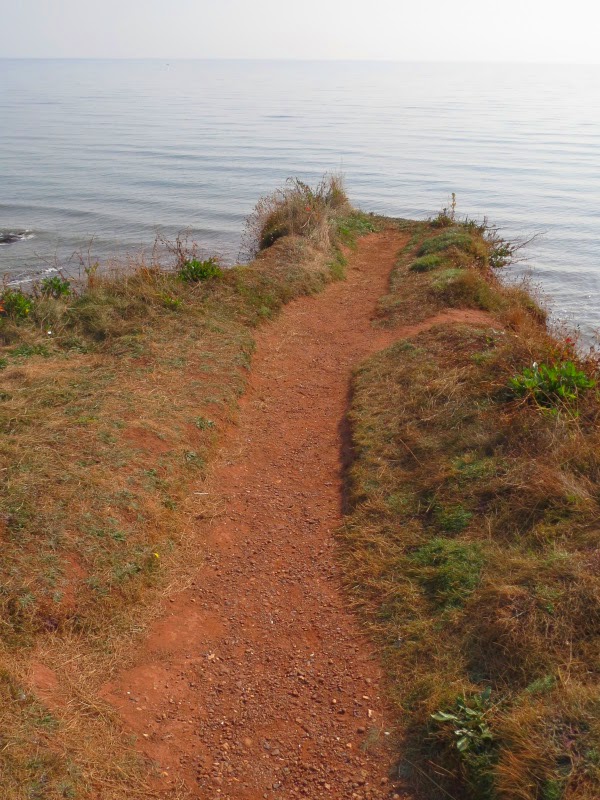 ...  the view down to the cove and across Dawlish Warren ... 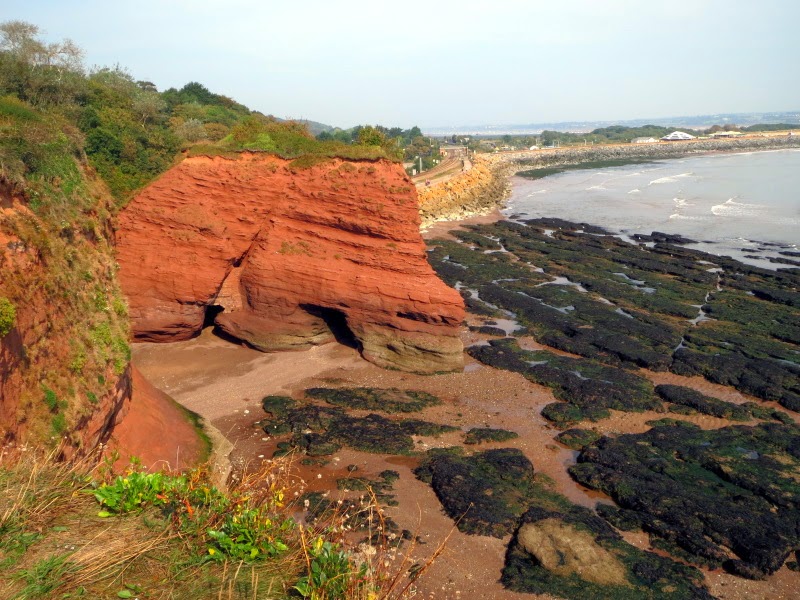 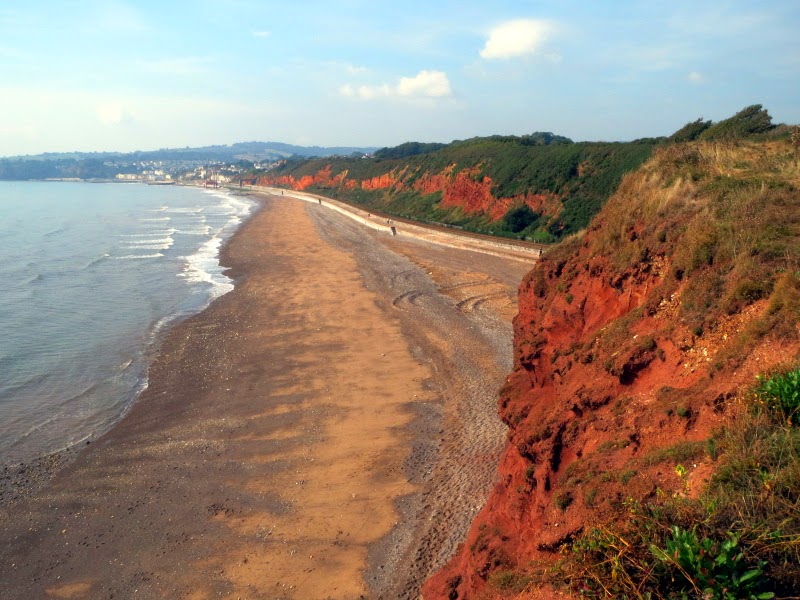 A lot of people come here to take pictures of trains. Not me. Well, only a little, as one happened to be passing by. 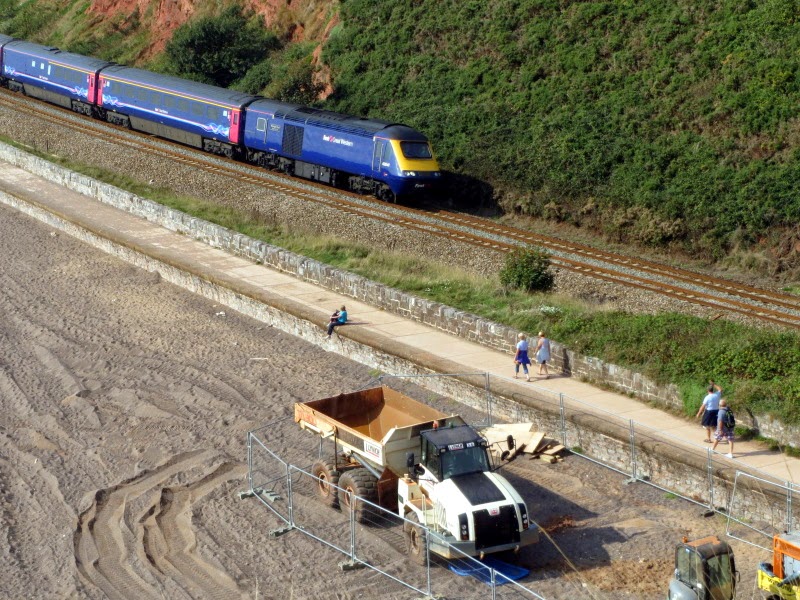 At beach level you can see the whole frontage of the rock ... 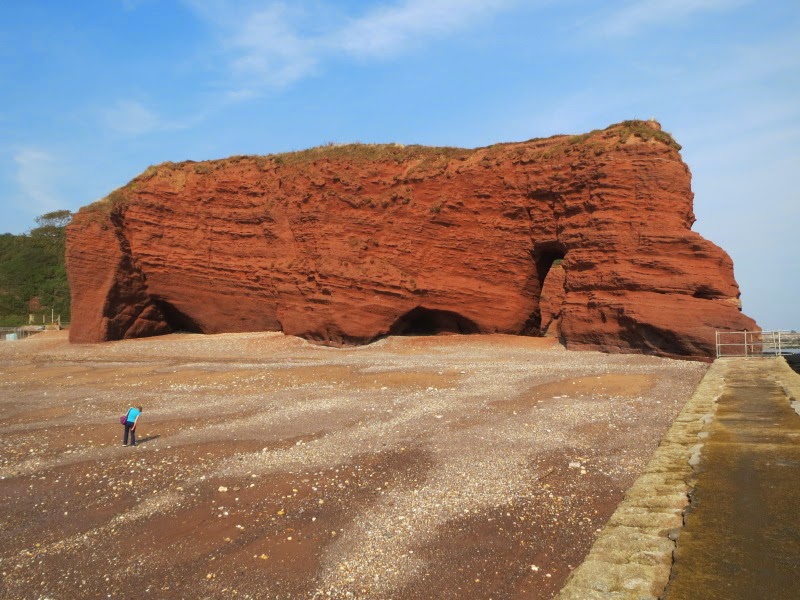 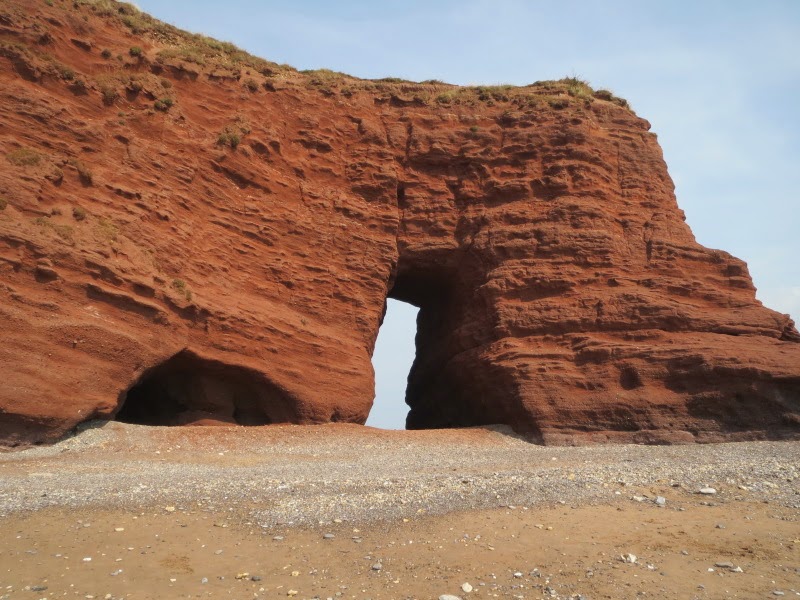 ... that also has a view through to the cove and the other section of the rock. 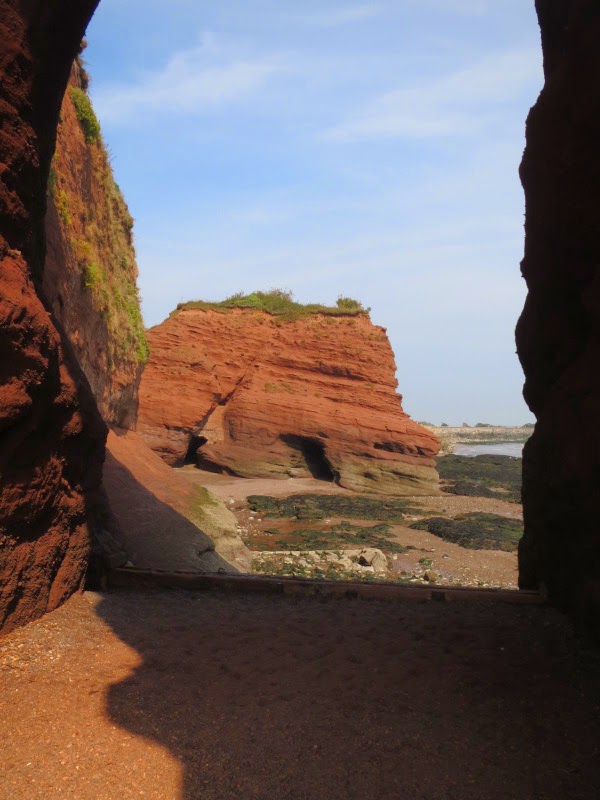 ... You can get a closer view of the partially-bricked sea cave entrance ... 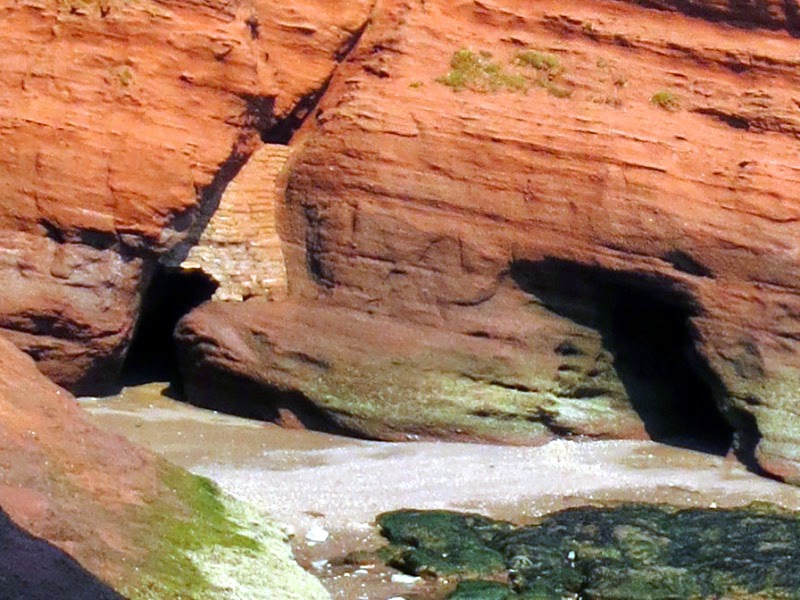 ...  though you soon find that the arch leads to a wall with a deep step that I didn't fancy. You can't get over the breakwater either. It looks as if the only access to the cove is by boat or by walking round from the other end at low tide. I'll think on that. 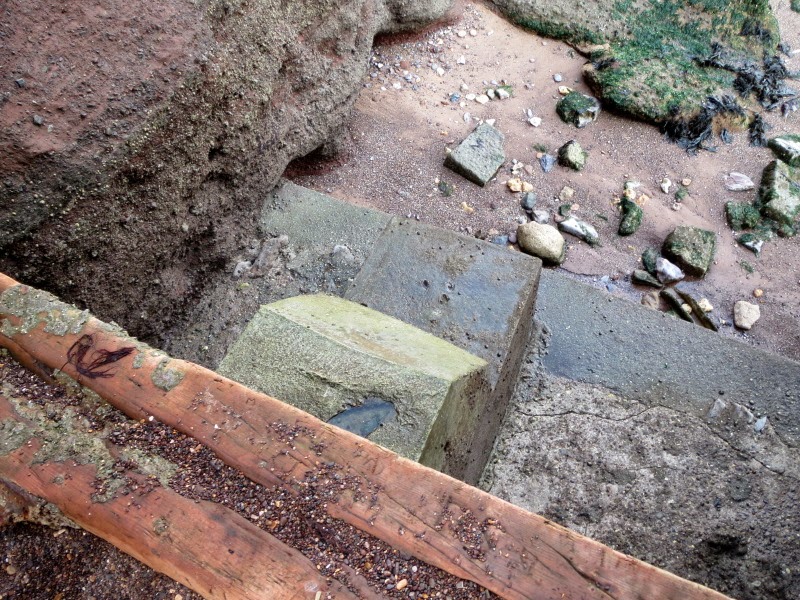 I couldn't resist taking a stereopair of the arch. 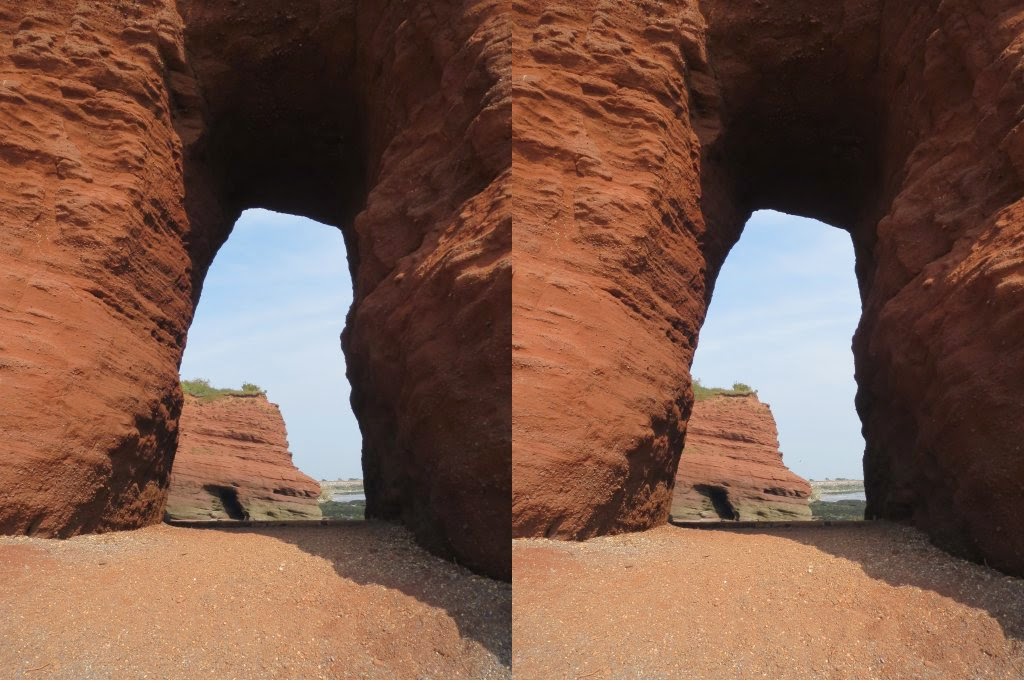 Leaving Langstone Rock behind, we continued along the beach to Dawlish. More on that later. 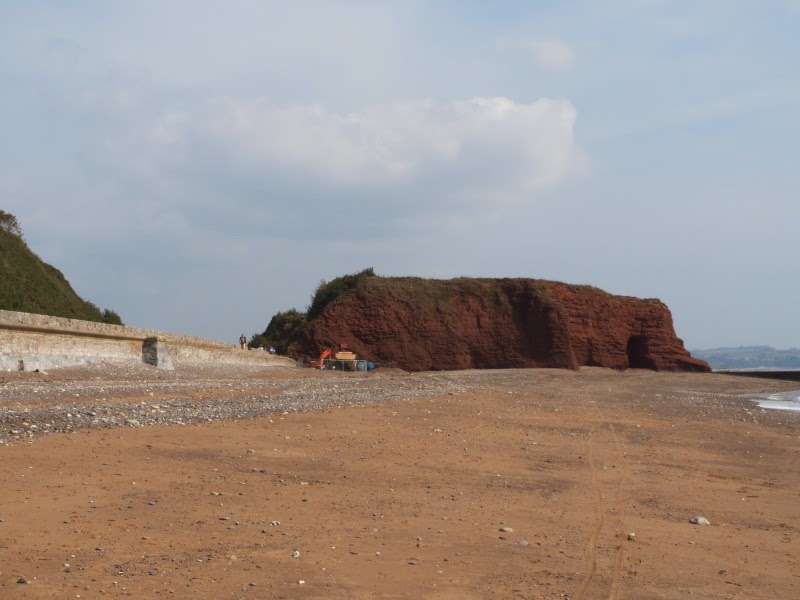 See the previous post, Langstone Cliff - civilised lunch and a missing elephant, for more on the topography and history of Langstone Rock.

Update: And see Langstone Rock - to the smugglers' caves (perhaps) for further exploration.