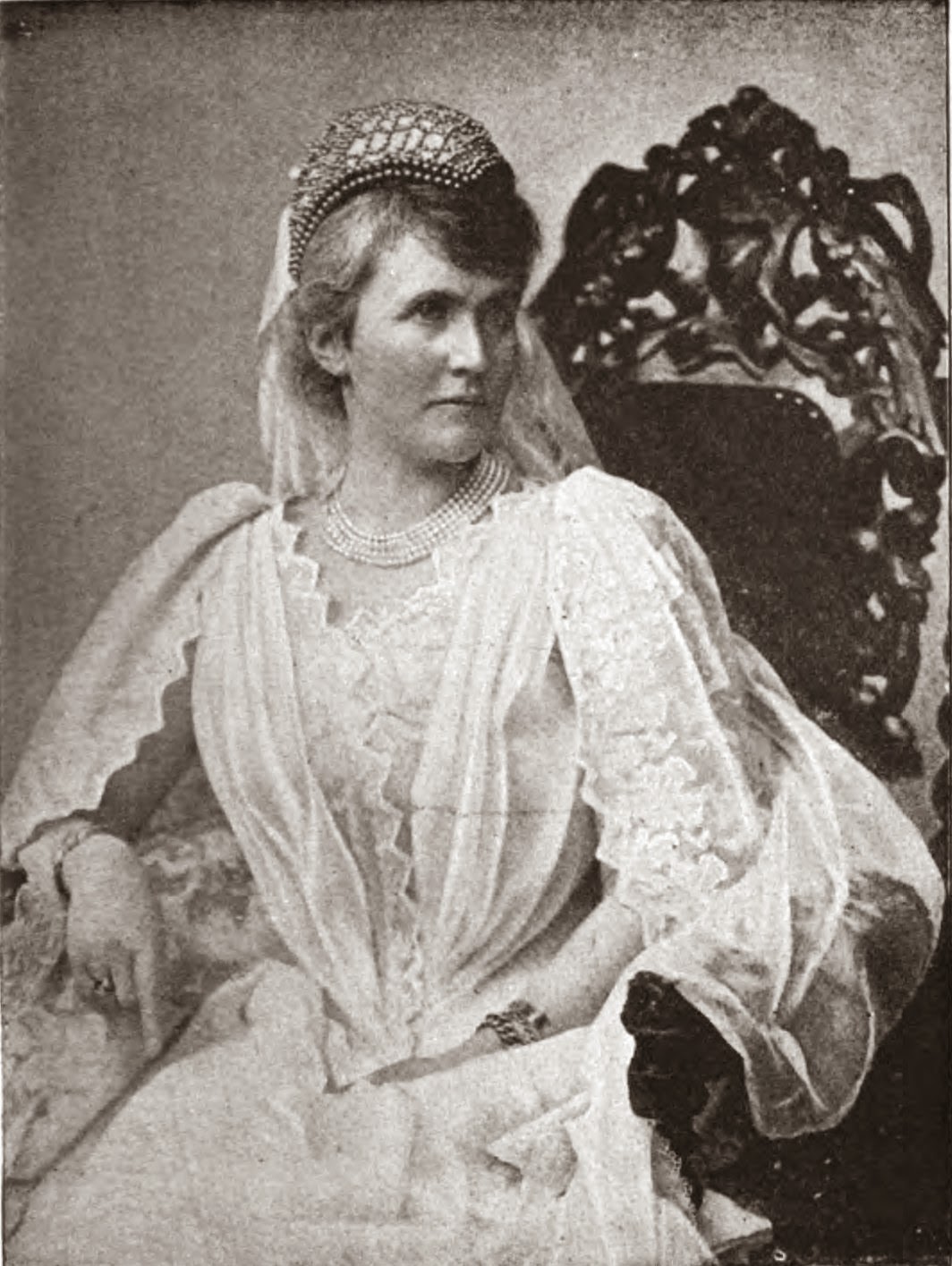 Carmen Sylva ("from a photograph by Mandy, Bucharest. Author of Pilgrim Sorrow, etc").
"Carmen Sylva" was the pen name of Elisabeth of Wied (Pauline Elisabeth Ottilie Luise zu Wied), who became Queen Consort of Romania as the wife of King Carol I of Romania. She had a profuse and acclaimed multi-lingual literary output - see Wikipedia - as well as an interesting life in general: she almost married the future Edward VII of England (probably a lucky escape considering his dissolute life); was exiled for encouraging a forbidden romance between Carol I's nephew and a lady-in-waiting (the Văcărescu Affair); and, unusually, for a royal, held strongly republican views. She wrote in her diary:


I must sympathize with the Social Democrats, especially in view of the inaction and corruption of the nobles. These "little people", after all, want only what nature confers: equality. The Republican form of government is the only rational one. I can never understand the foolish people, the fact that they continue to tolerate us.

See  Carmen Sylva – Regina Elisabeta of Romania for a good compilation of 19th century works by and about her; and also the Internet Archive (creator:"Sylva, Carmen"). 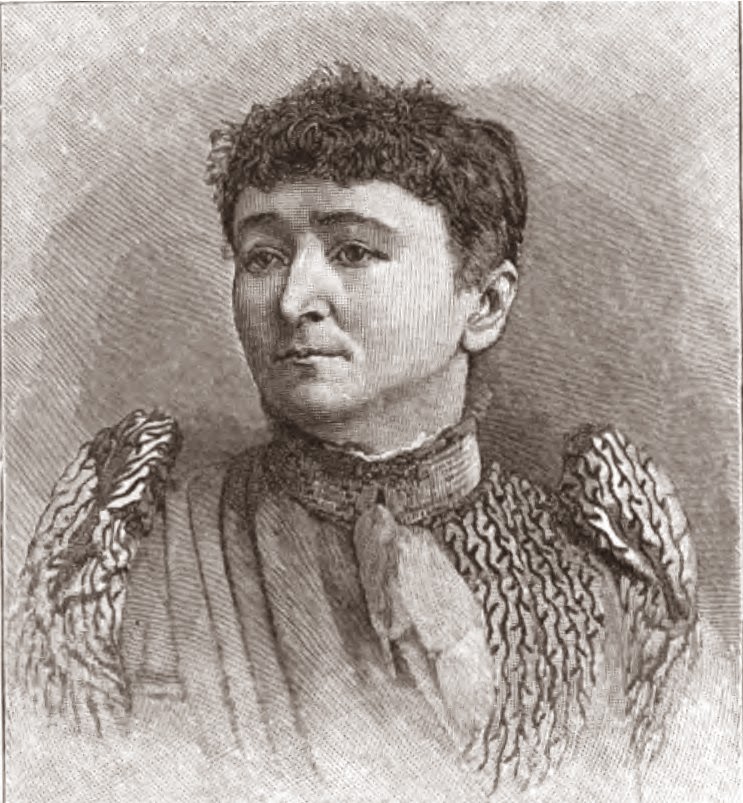 Mrs Hungerford ("from a photograph by Gay & Co., Cork. Author of Molly Bawn, etc").
This is the Irish novelist Margaret Wolfe Hungerford, née Hamilton, a writer of popular light romantic fiction, who initially began writing to support her family after the death of her first husband.

See the Internet Archive for her many works, which in the USA were chiefly published under the pseudonym "Duchess" (see creator:"Duchess"). Helen C Black's 1906 Notable Women Authors of the Day has a chapter - pages 107-119 - on Mrs Hungerford. 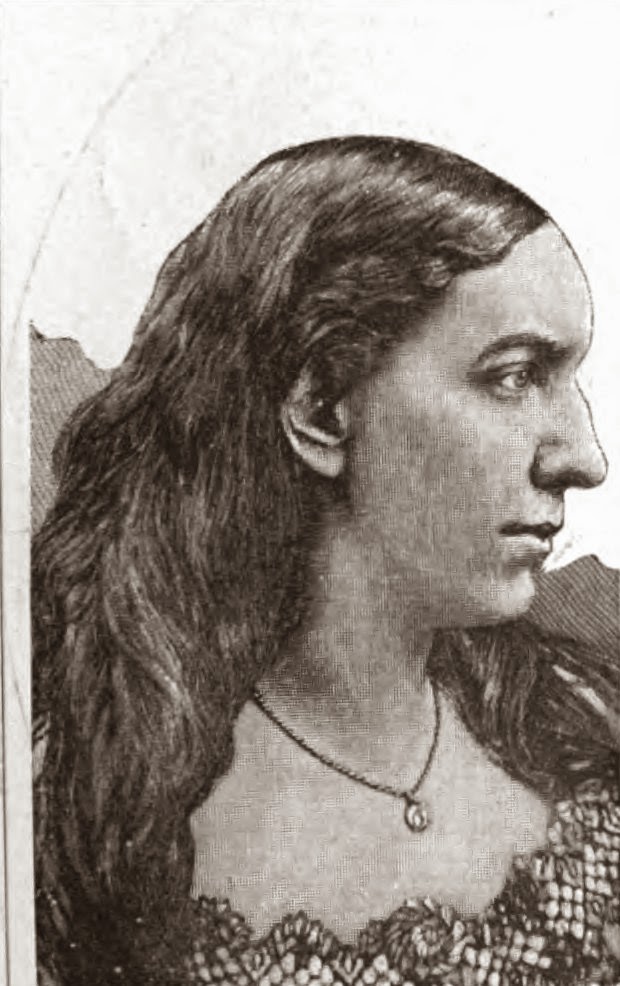 Ouida ("from a photograph. Author of Moths, etc").
This is the Maria Louise Ramé, an English novelist from Bury St Edmunds. A hugely well-known figure in late 19th century literature, she was notorious in her time for the heated romanticism of her works. While ridiculed for this, and for her florid style, she was no worse than many other authors of the era - but probably attracted more attention through her precious and highly public lifestyle.


She moved into the Langham Hotel, London in 1867. There she wrote in bed, by candlelight, with the curtains drawn and surrounded by purple flowers. She ran up huge hotel and florists bills, and commanded soirees that included soldiers, politicians, literary lights (including Oscar Wilde, Algernon Swinburne, Robert Browning and Wilkie Collins), and artists (including John Millais)
- Wikipedia

See the Internet Archive (creator:"Ouida, 1839-1908") for works. Elizabeth Lee's 1914 Ouida: A Memoir (Internet Archive cu31924013470319) is a good contemporary biography that attempts to dispel the apocrypha surrounding her life. 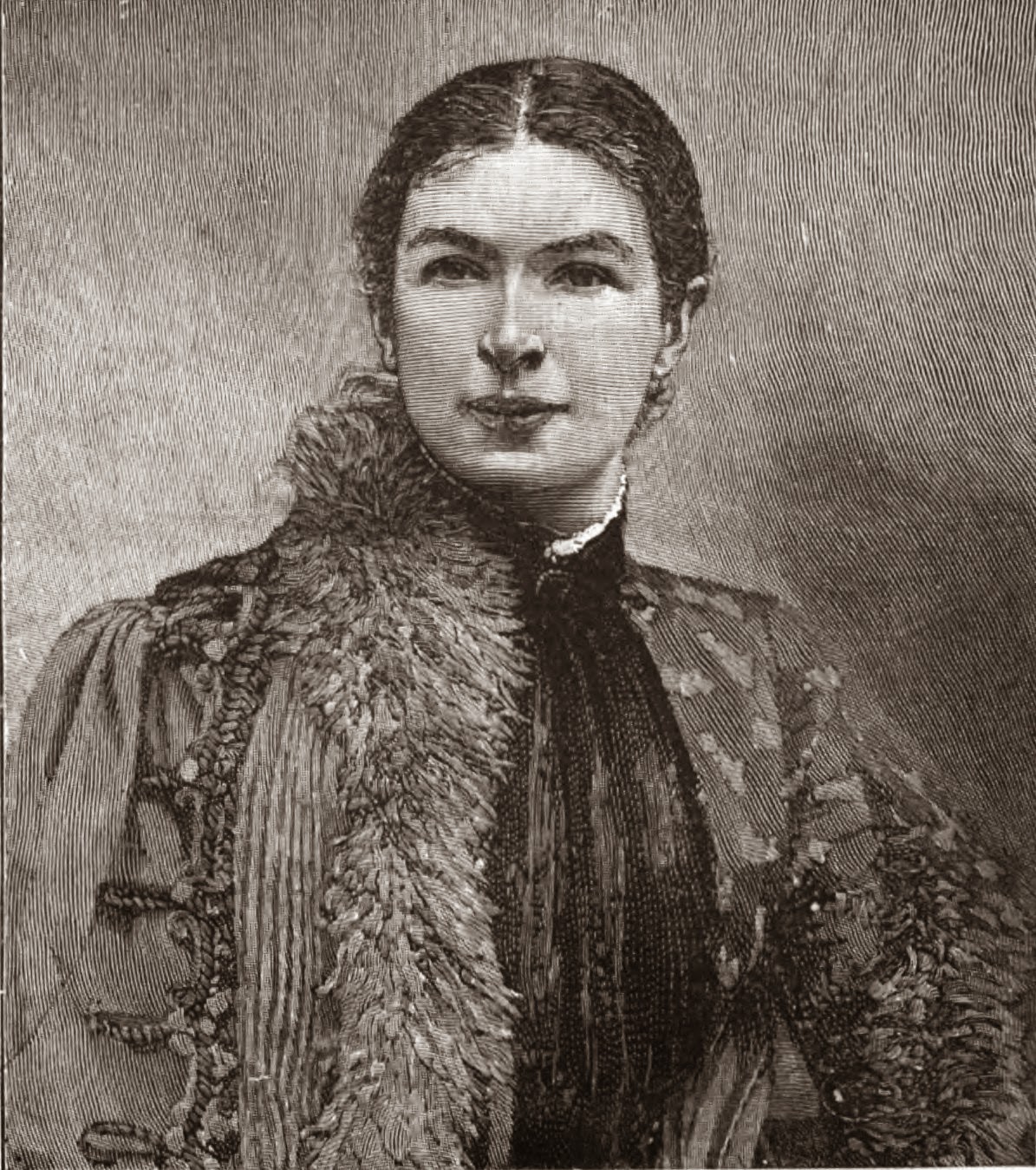 Mrs Humphry Ward ("from a photo by Barraud. Author of Robert Elsmere, etc")
This is Mary Augusta Ward née Arnold. Born in Tasmania, she moved to England with her family as a young child, so is generally viewed as a British author. She was right at the heart of English literary circles of the time: daughter of Tom Arnold, niece of Matthew Arnold, grand-daughter of Thomas Arnold - and her sister married into the Huxleys.

She wrote some 30 novels, many with religious themes such as crisis of faith, and did a deal of very worthy work in connection with the 19th century settlement movement for improving the lot of the urban poor, as well as aiding efforts to encourage America to join the Allies in World War One. Nevertheless - and I always find it extraordinary that intelligent women could take this stance - she was a vigorous campaigner against suffrage for women, and one of the leading lights in the anti-suffrage movement. As this Victorian Secrets article says - Mrs Humphry Ward (1851-1920) - in later life her views became increasingly reactionary ("anti-Boer, anti-Home Rule and anti-female suffrage") and Somerville College, in whose founding she was instrumental, eventually disowned her for views incompatible with its aims of seeking the advancement of women. 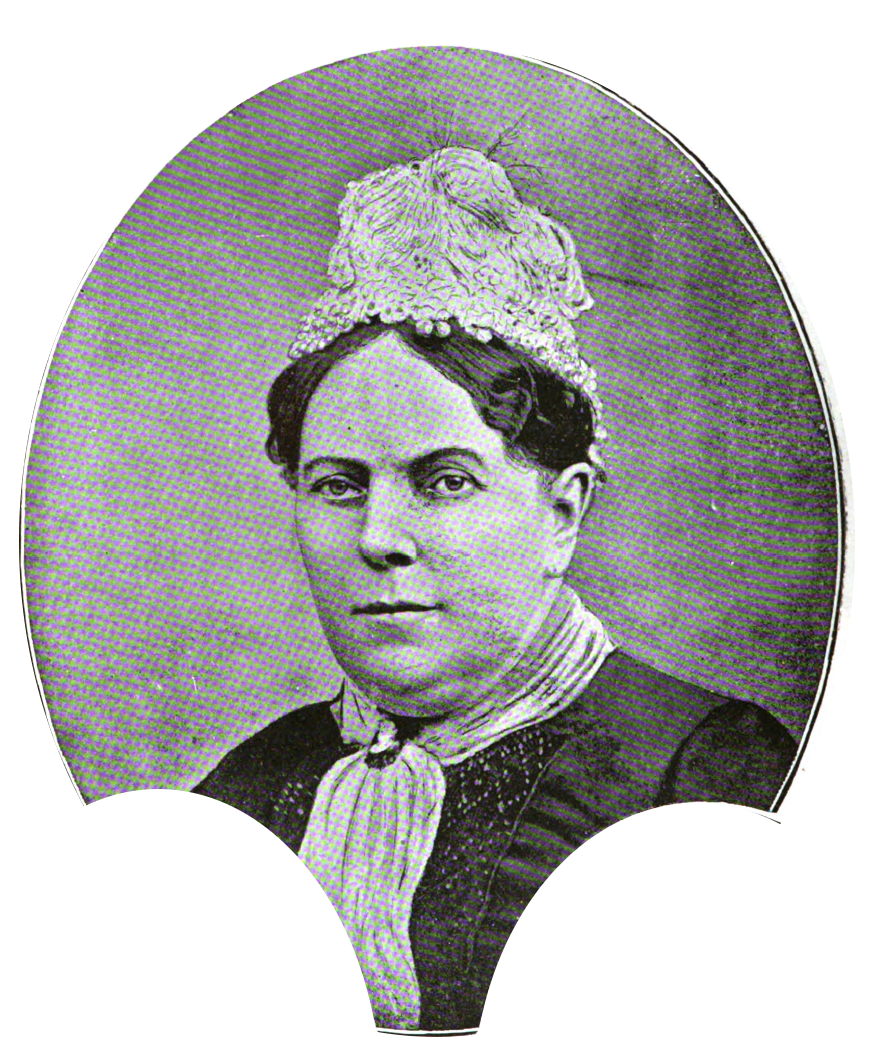 Mrs. Alexander ("from a photograph. Author of For His Sake, etc")
This is the Irish-born novelist Annie French Hector. She largely wrote romances; John Sutherland's The Longman Companion to Victorian Fiction summarises the general flavour as "Typically her fiction revolves around a young girl torn between money, family, and love, complicated by a legacy" (see Ricorso - Annie French Hector).

Her pseudonym is the first name of her late husband, the explorer Alexander Hector. She didn't publish in his lifetime, but after his death in 1875 published around 40 novels. The last, Kitty Costello, was strongly autobiographical.

Miss Mabel Robinson ("from a photo by Thompson, Grosvenor Street. Author of Disenchantment, etc").
This is the novelist and critic Frances Mabel Robinson (1858-1956), younger sister of the poet Agnes Mary Frances Robinson. Originally from Leamington Spa, she and her sister were among the earliest women students to enrol at the University of London.

She studied initially at the Slade School of Art, but abandoned this for literature. She published a series of novels, largely on Irish themes, in the 1880s and 1890s - she had a strong political interest in Irish independence - and moved to Paris to live near her widowed sister in 1897, living there (except for a break during WW2) for the rest of her life. Refs: ODNB., The Times obituary ("Miss Mabel Robinson." Times [London, England] 22 June 1954: 10. The Times Digital Archive. Web. 27 Apr. 2014). 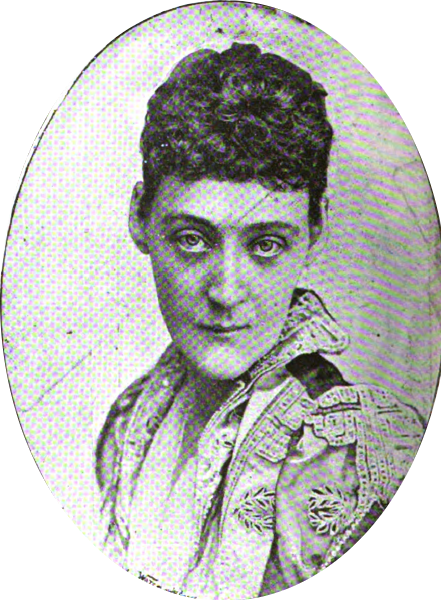 Although she moved to England at 25, the majority of her novels reflected her early life in Australia, but often with off-the-wall themes including the occult, spiritualism, and abnormal psychology. One of her last works, The Soul of Nyria (purporting to be medium Nancy Harward's channelled experience of the life of slave girl in ancient Rome) was written in Torquay, where she lived with Harward, and spent her final years after the latter's death.

Mrs. Flora Annie Steel ("from a photograph. Author of Miss Stuart's Legacy, etc")
This tweedy-looking lady is the English writer Flora Annie Steel; she wrote short stories, novels and non-fiction works, most reflecting her two decades in the Punjab as the wife of Henry William Steel, a colonial civil servant. She helped him as a school inspector and dispute mediator, and so a took deal more interest in Indian culture than many mem-sahibs of the era. The Encyclopedia Britannia lists the story collections From the Rive Rivers (1893) and Tales of the Punjab (1893) as among her best works.

She also co-wrote with Grace Gardiner a classic book on Anglo-Indian household management, the 1888 The Complete Indian Housekeeper and Cook (giving the duties of mistress and servants, the general management of the house and practical recipes for cooking in all its branches). This looks fascinating, but isn't online. 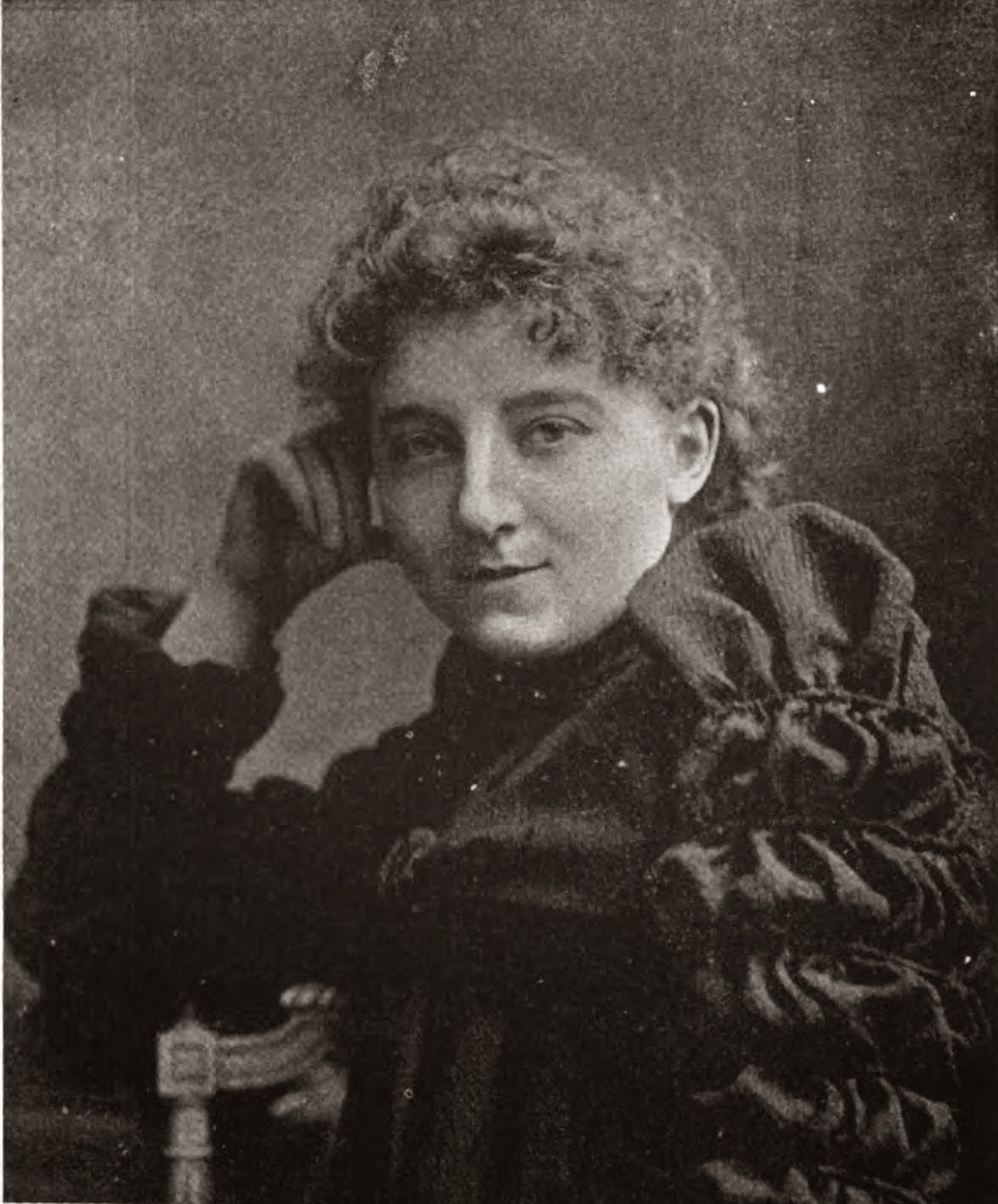 In her teens, she and her sisters were known as society beauties, but where her sisters focused on the amateur dance genre known as skirt dancing, she moved to writing. Her work first attracted attention with the 1890 The Poet's Audience: and Delilah, a small anthology of two stories on the theme of romantic and sexual obsession, and she developed a good reputation for short fiction in the early 1890s with the 1893 collection The World’s Pleasures, and Savoy Magazine stories such as A Mere Man (which includes a harrowing portrait of an alcoholic young society wife) and Elsa. However, this early promise had no chance to develop further, as within a few years she was seriously ill with "polyneuritis" of causes unknown, and died in 1898.

The best source I could find about her is Alice Barrigan's excellent article Helen Savile Clarke and her daughters at her North Yorkshire History blog.


See DWWW: part 3 for the next installment.