There aren't many photographs of her, but there are a handful of well-verified likenesses. A first attempt at Googling leads to various commercial websites with heavy copyright/licensing options. But in fact they're all available, at least in website resolution, from out-of-copyright publications at archive sites (such as the Internet Archive and Hathi Trust) that make no assertion of copyright.

This first one is a classic 1874 photo by Adolphe Beau, much-reprinted in Victorian books and magazines, here sourced from Elizabeth Lee's 1914 biography Ouida: a memoir (Internet Archive cu31924013470319). 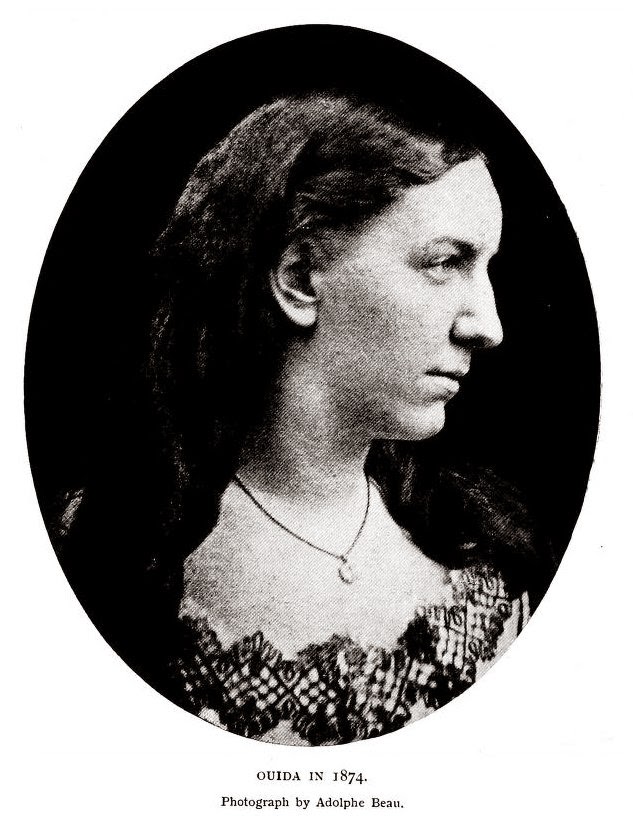 This is a second, by Elliott and Fry, sourced from the 1906 Views of Men and Women of Note on the Vivisection Question (Internet Archive viewsofmenwomeno00brit). It's the same photo that featured in somewhat airbrushed form on Ogden's cigarette cards, as in the National Portrait Gallery collection (link). 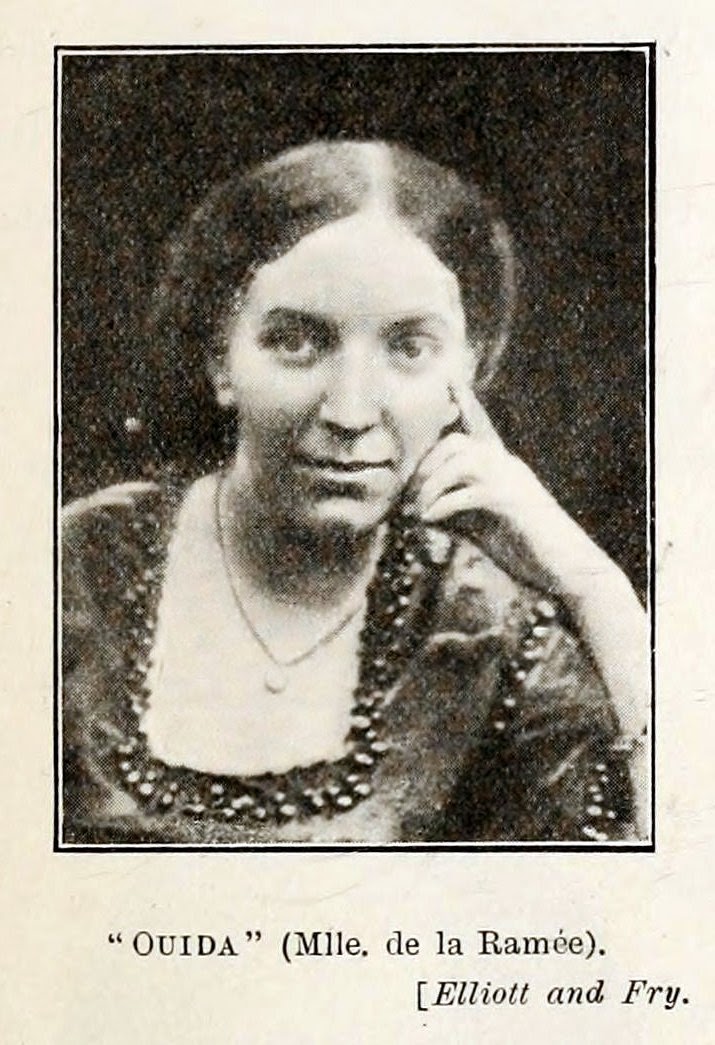 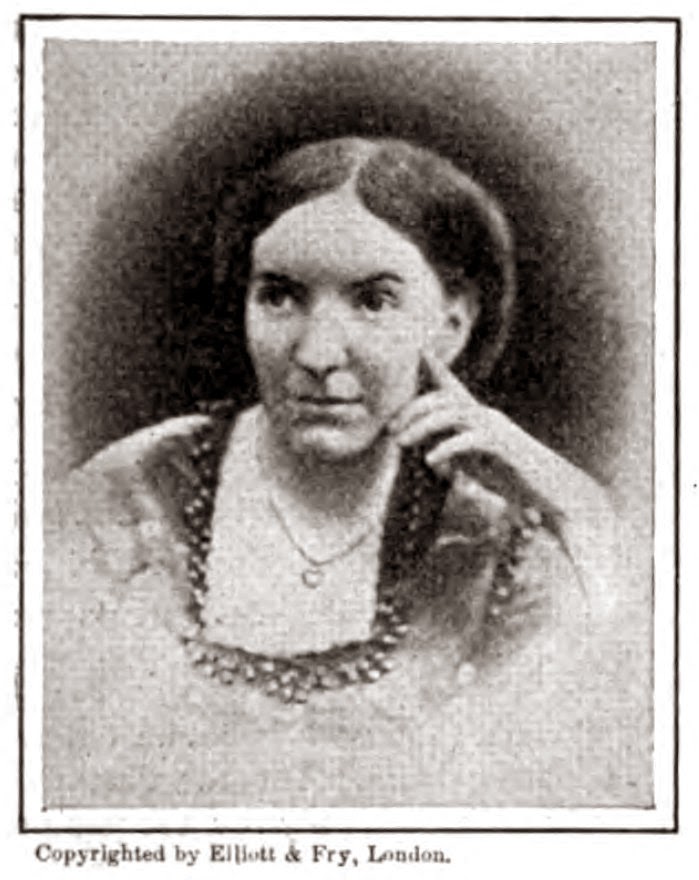 A third, also by Elliott and Fry, and by the look of it taken at the same session as the previous, also appears in various publications (this one sourced from the August 3 1907 article "Romantic Ouida", page 170, The Literary Digest, v. 35 (July-Dec. 1907 - see Hathi Trust). All of these are consistent with her appearance as a plainish but striking woman (William Allingham described her in his diary as having a "sinister, clever face").

What's puzzling me is this image, the one used by the English Wikipedia, and consequently by any number of blogs and similar sites. It's clearly someone else: 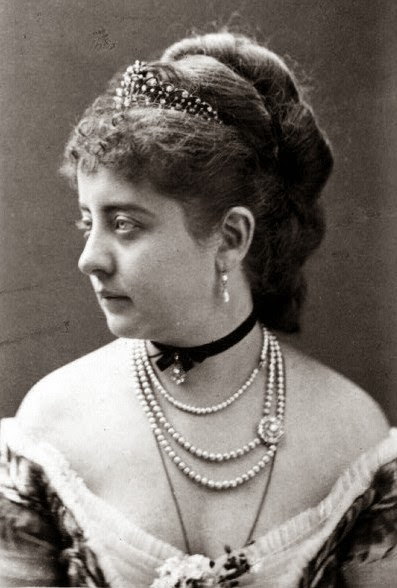 The attribution for this photo tracks back via Wikimedia Commons to this image: ID th-07897 in the New York Public Library collection, source cited as "Billy Rose Theatre Collection photograph file / Personalities / D / Louise [Ouida] De La Ramee". But the woman in the photo looks nothing like Ouida, either in appearance or general style. Given the context, it's far more likely to be an American actress. Any thoughts?

Update, 9th May 2014
I got in touch with the NYPL, raising this issue, and just had a very pleasant reply from the photograph librarian.

You're certainly right that it's not Ouida, not even close! It's unfortunate that this erroneous attribution has been perpetuated. Too bad the verso has nothing to say. I will re-file the image under actresses[?]--- 19th century, thanks for pointing it out.
Please let us know if anyone shares with you the true identity of the woman in the photo and I'll do likewise so you can update your great blog post.

So - I'm working on this. If you have any ID for this image, get in touch and I'll pass it on. Much kudos to the NYPL; this may be just recency illusion, but my impression is that academic/archive institutions these days are so much more responsive than they used to be, even only a decade ago, to comments and new information from non-academic correspondents. It's nice to feel they rate information by quality/verifiability rather than source.