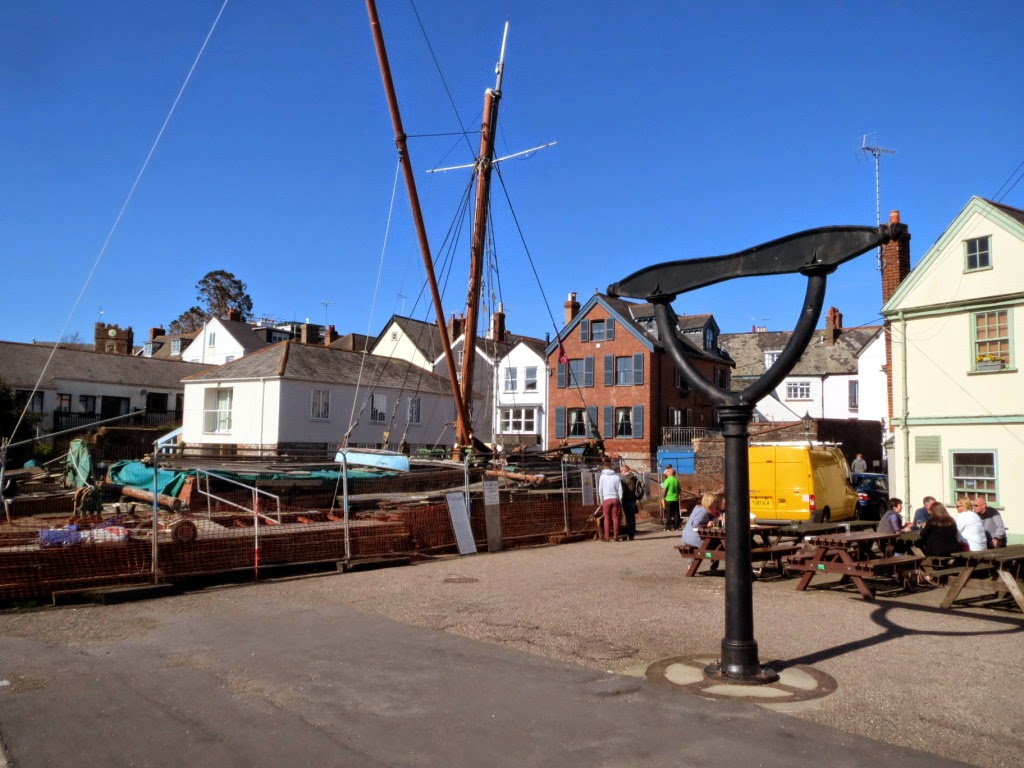 A bright afternoon, so I took myself for a walk and a quick glance at the Museum, newly-opened for the 2014 season, where I spotted some pictures of of historical 'roads not taken'.

Topsham Museum never terribly grips me. Like many local museums, it has a bit too much emphasis on what won't frighten the horses (maybe a reflection of the demographic of museum volunteering) and the intensely parochial (I doubt anyone outside the Topsham Museum circuit is remotely interested in the Museum's founder, Dorothy Holman, but I guess she has to be in there because she donated the house, and she's a link to Topsham's tenuous connection with Vivien Leigh, who married Dorothy Holman's brother). But there's usually something of interest, such as these intriguing pictures of unreal historical scenes.

This print (apologies for the poor image, but the lighting and glass front made it difficult to photograph) is captioned Bridge & Viaduct Over The Ship Canal & The River Exe - On The Exeter And Exmouth Railway Between Exminster And Topsham. You can spot St Margaret's Church at the top centre of the detail below.

This 1856 lithograph, by W Spreat, is an artist's impression of a scheme that never happened: a plan to get a rail link to Exmouth by taking a spur of the South Devon Railway (on the west of the Exe estuary) over a swing bridge across the Exe at Topsham. It was one option in the complicated saga (see Years of delays before Avocet line was finished, Exmouth Journal, May 4, 2011) that saw 36 years of conflicting proposals before agreement was reached to build the line from Exeter to Exmouth (now the Avocet Line). Once decided on, it took just a year to build, and opened in 1861.

This drawing, unfortunately undated and unsigned...


... shows a "Proposed public Pleasure Ground, Opposite the Churchyard, Topsham". The concept is quite nice, but the gardens would have been highly prone to inundation by bad weather at high tides. While the picture considerably exaggerates the scale and proportions, it's interesting as a record of the historical appearance of the the buildings at the right - now Nail Cellars and Wixels. The latter, well-known in views of Topsham's Underway, was originally a sail loft and later a coal shed. Its rebadging as a house, with the addition of Dutch-styled gables, dates from 1920. 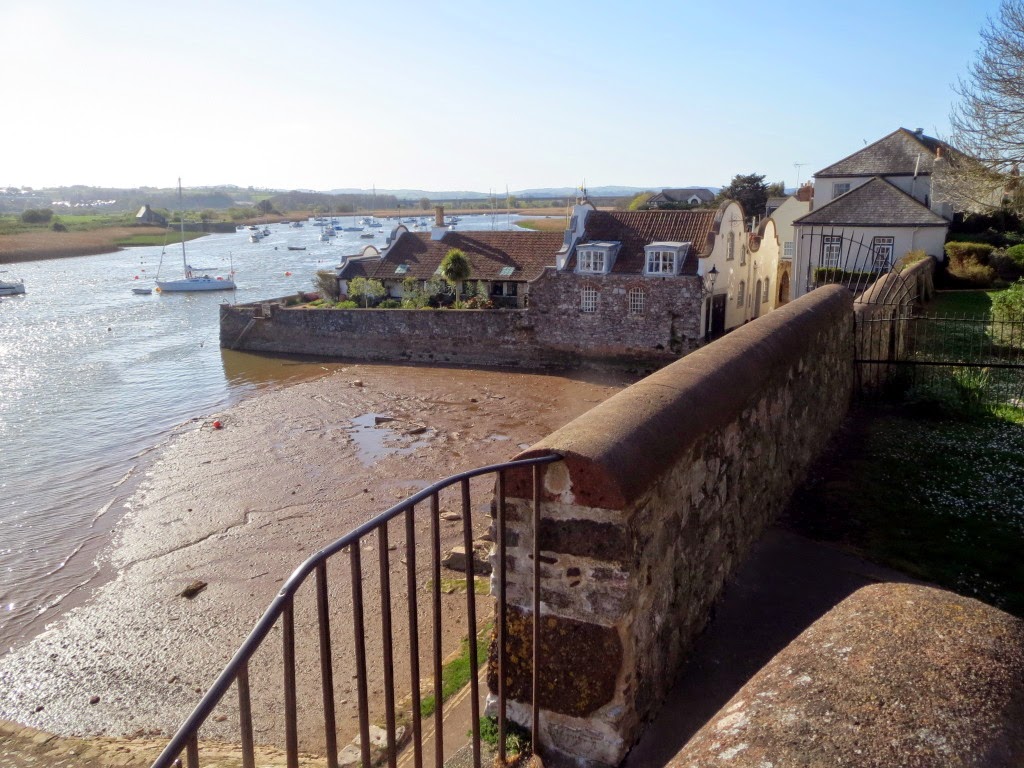