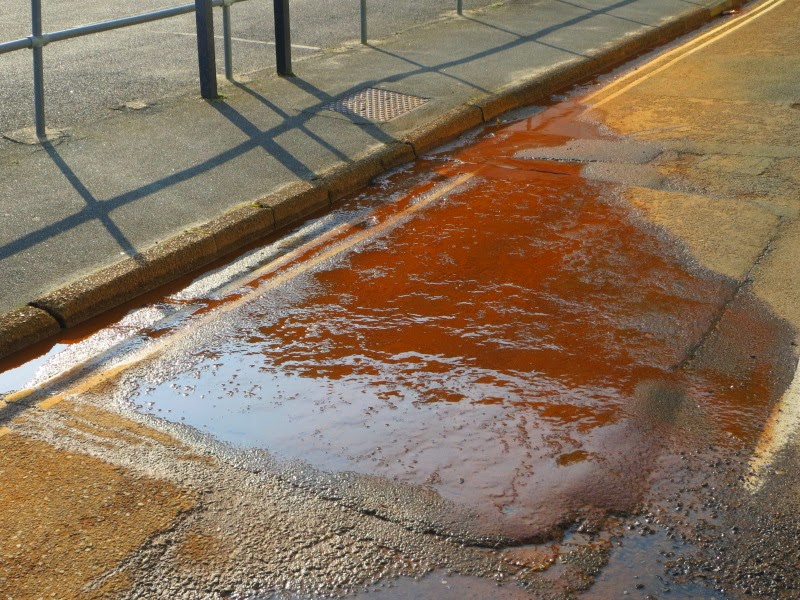 It's rather neat that when you know a location intimately, even by historical records, small details acquire significance. such as a stream of grubby water in the gutter. 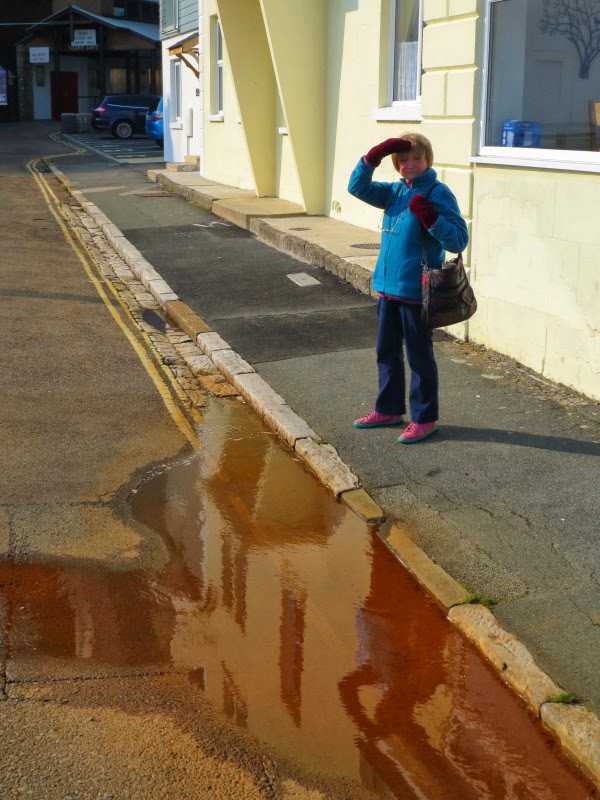 Clare and I pottered around Shanklin on Thursday (more on this later) and spotted this rusty water running down the the gutter of the road by the side of the Spa Car Park: the one leading from the Esplanade to the Lift that goes to the clifftop.


The Shanklin Spa Baths will in their surroundings compare favourably with others; would even surpass some which have great reputations. The situation is admirable, from the visitor's point of view, in the very centre of the Esplanade adjoining the Royal Spa Hotel, close to the Pier and adjacent to the Lift. It must therefore be said to be the most "natural" place for such a Natural Spring. The bather can enjoy his freshening lounge on the sand, or his promenade on the pier, and then comfortably take his bath ; the patient living in the town can descend the lift, walk a few yards, and enter the Spa Baths.
...
The water from the spring flows from an aperture at the base of the cliff immediately behind the baths and the Royal Spa Hotel.
- pages 66 / 72, Shanklin Spa: A Guide to the Town and the Isle of Wight (1903)

... this water is from the chalybeate (iron-rich) spring that served the Spa in Shanklin in the late 19th and early 20th centuries (the one connected to the Royal Spa Hotel and Shanklin Spa Bath adjacent to this location). The historical continuity is pretty neat. But you'd think that Shanklin Town Council would organise a permanent drain for this copious ferruginous outflow - that Lift visitors not au fait with the history might assume to be sewage or chemical spill - rather than letting it dribble down the gutter.

It'd be interesting to see the source; according to Shanklin Spa: A Guide to the Town and the Isle of Wight, the water comes out of the spring clear, with the iron in solution as iron bicarbonate; it only deposits the rusty sediment on exposure to the air. 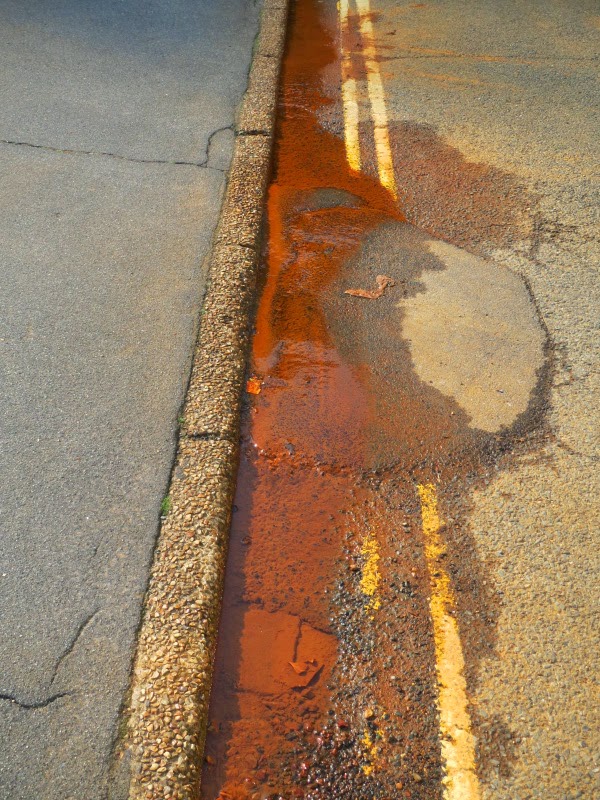 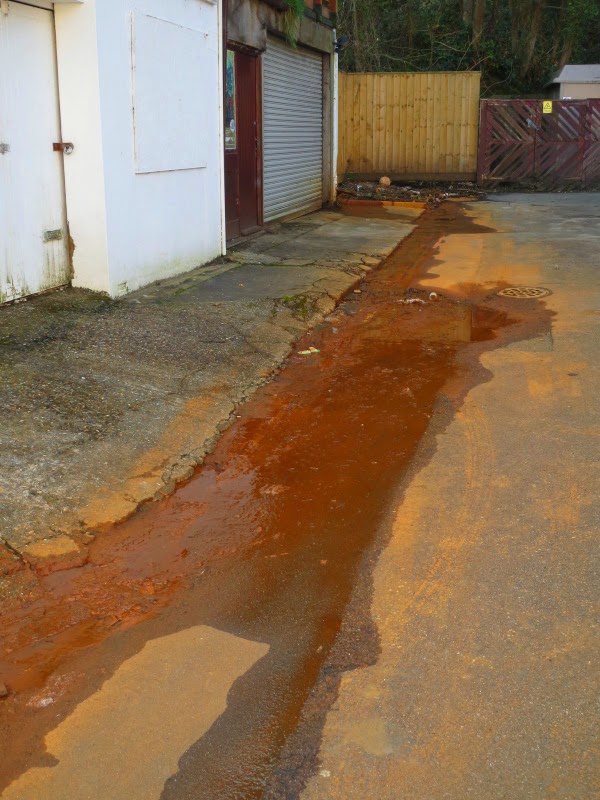