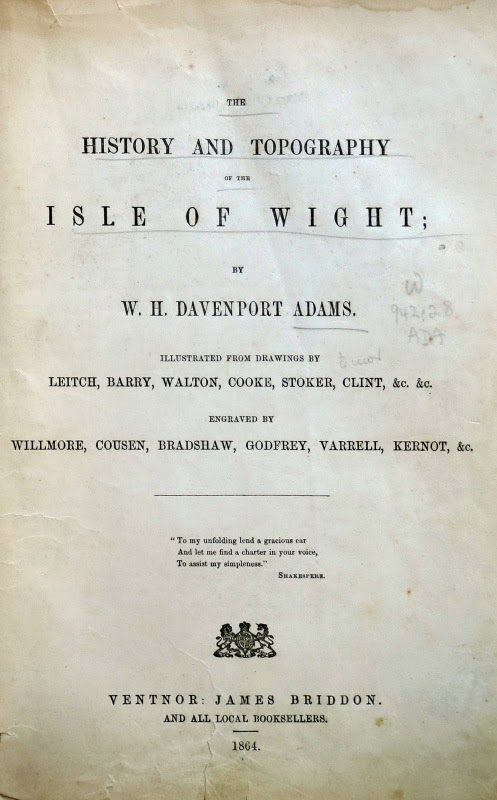 On Wednesday I went to the Isle of Wight Record Office, partly to deposit a copy of A Wren-like Note, partly to check out a few topographical oddments for ongoing articles. I was particularly interested to locate an image of Bonchurch I'd seen referenced to the 1864 The History and Topography of the Isle of Wight, by WH Davenport Adams. As I've mentioned - see Brannon on Bonchurch and ... in the Isle of Wight #1 - Bonchurch was the scene of an 1840s boom that transformed wooded landslip into a landscape of up-market villas.

The underlying terrain is hard to see nowadays, with the extensive tree cover ...

... but The History and Topography of the Isle of Wight has a very nice image giving a clear view of the newly-developed Bonchurch. It's reproduced from the 1856 print Bonchurch. Ventnor in the Distance, by William Leighton Leitch, engraved by J Godfrey.

You can just see Pulpit Rock, with its summit cross, on the clifftop.


A spin-off book by Adams, the 1884 The Isle of Wight : its history, topography and antiquities (subtitled A Hand-Book specially adapted to the Wants of Tourists & Excursionists) is available online: Internet Archive ID isleofwightitshi00adam. It's of interest for the text and maps, though its eight views, despite the novelty of being "printed in Tints", are not as artistically accomplished as those in the 1864 book.

The walk to the Record Office from Newport town centre is quite pleasant, passing the top end of the quay. Despite the traffic overpass, it's a pleasant corner of Newport, the old warehouses largely sympathetically adapted to modern residential and commercial use. The district is called Little London; see the detailed 2012 Heritage Report by David Booth. 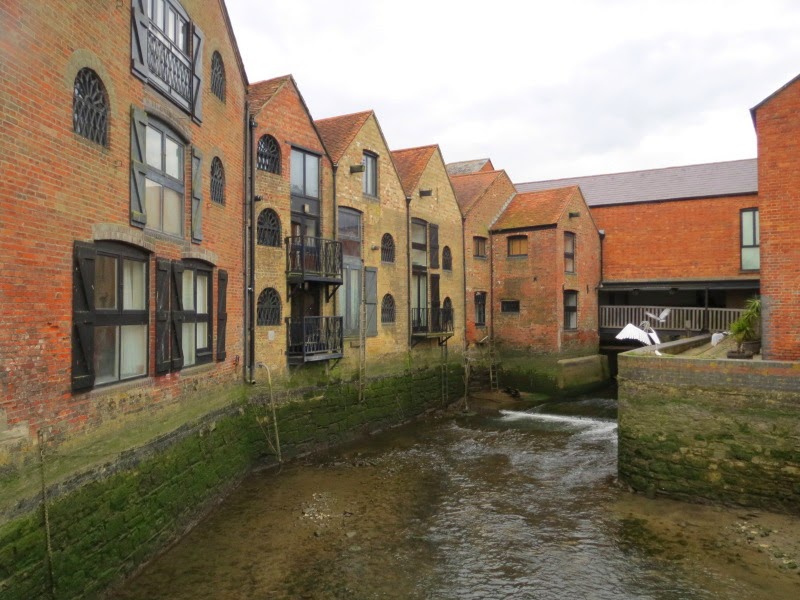 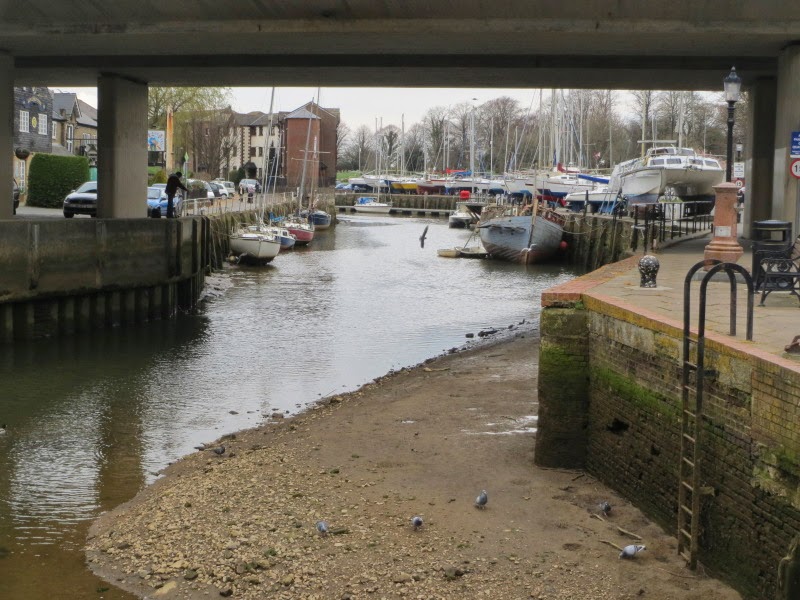 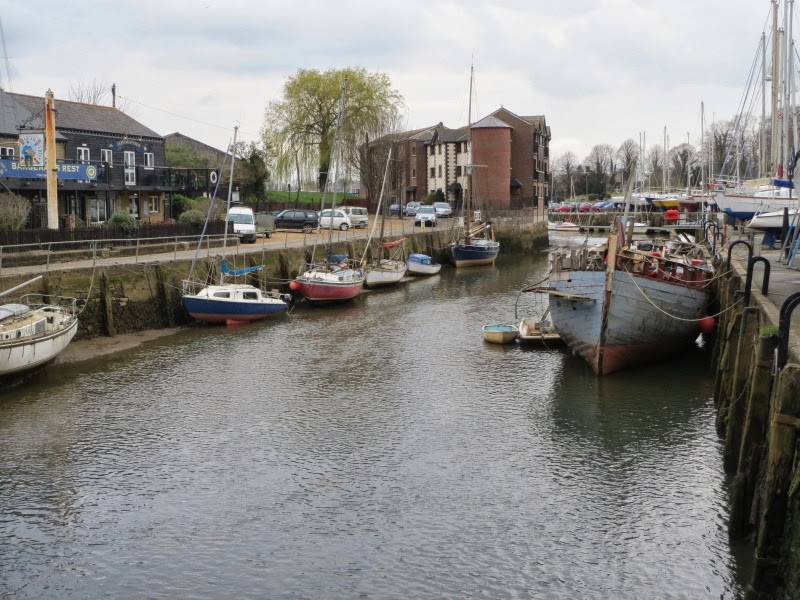 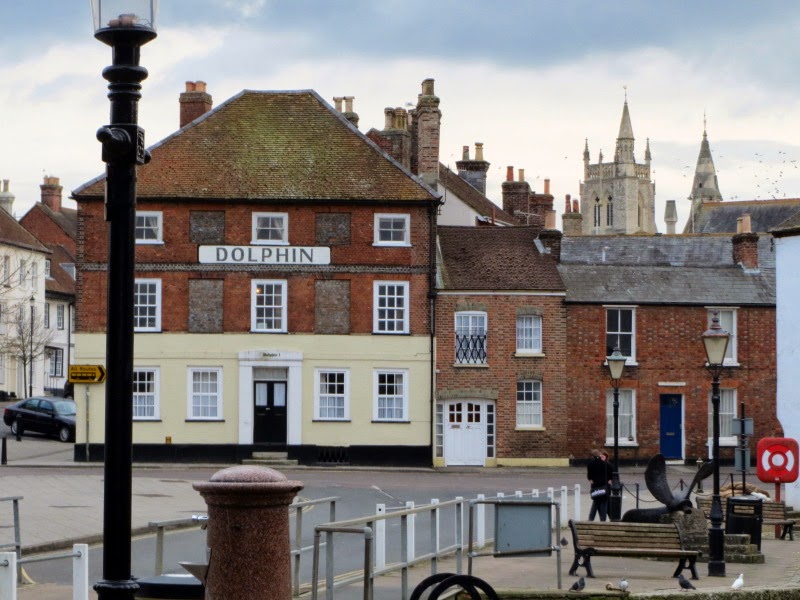 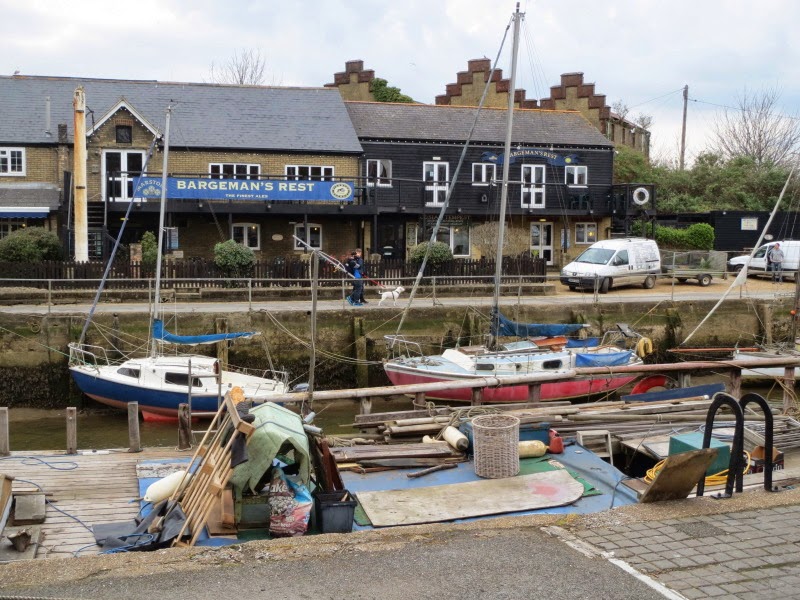 I hope this remarkable building is preserved, for whatever use; as mentioned in the Heritage Report, this is the former Newport Electric Light Works, later a paint workshop, and now derelict. I only had a peek through the fence, but the urban exploration forum 28DL has more photos, including inside: see Admiral's Yard, Former electric works - Newport, Isle of Wight. Apparently a conversion is in the pipeline: the site for Anders Roberts Cheer Architects has concept sketches (see Little London, Newport, Isle of Wight) and says planning has been approved. But a January 2014 Isle of Wight Council report, Heritage Assets at Risk in the Medina Valley, says that it's still at risk, and that "a solution has been agreed (through a planning permission), but no works have commenced". 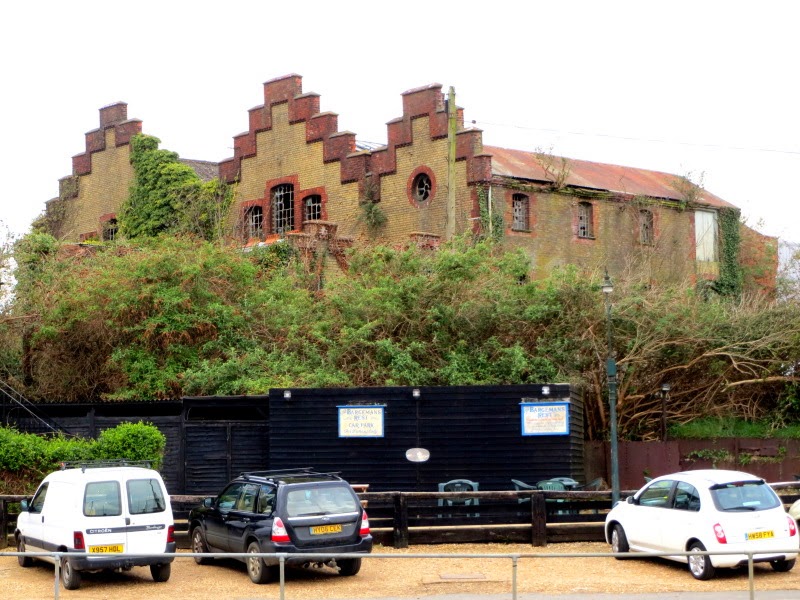 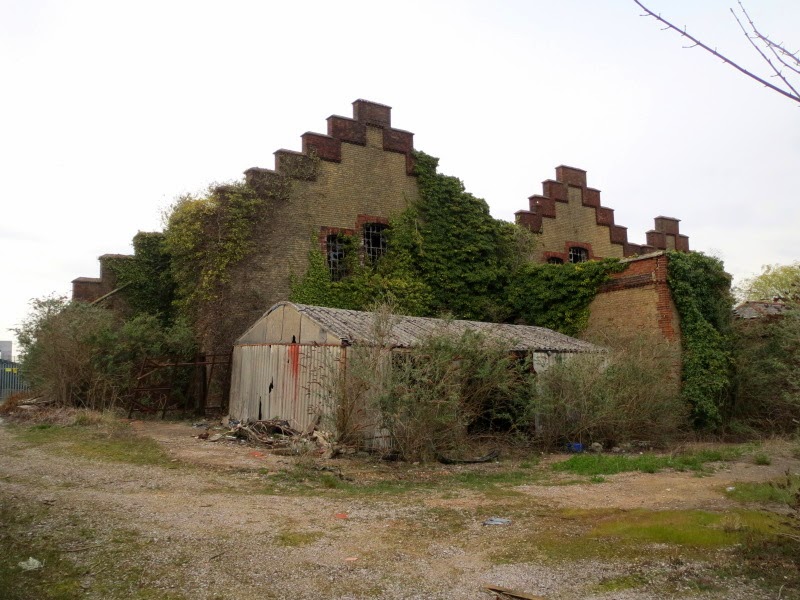 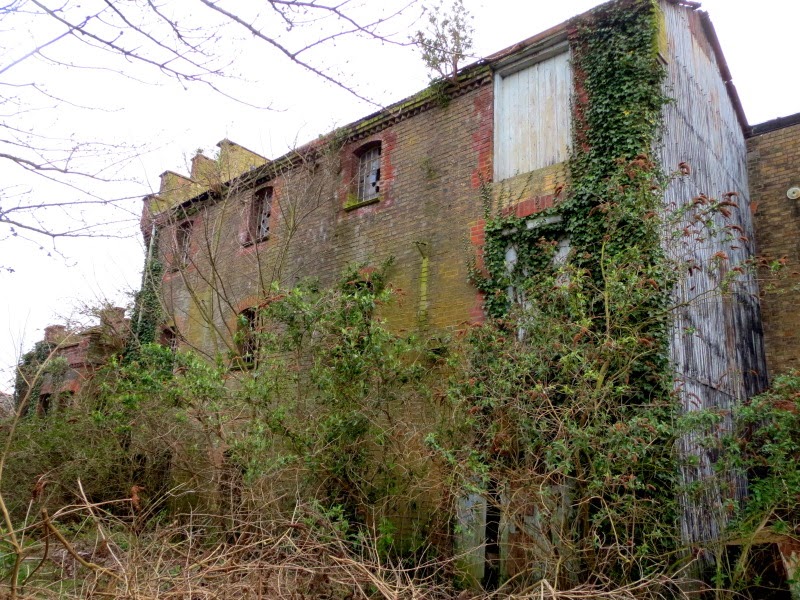 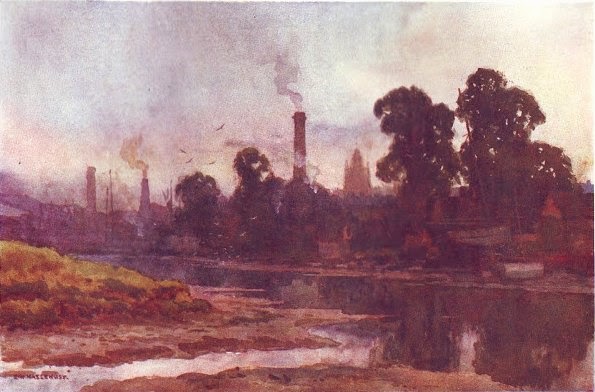