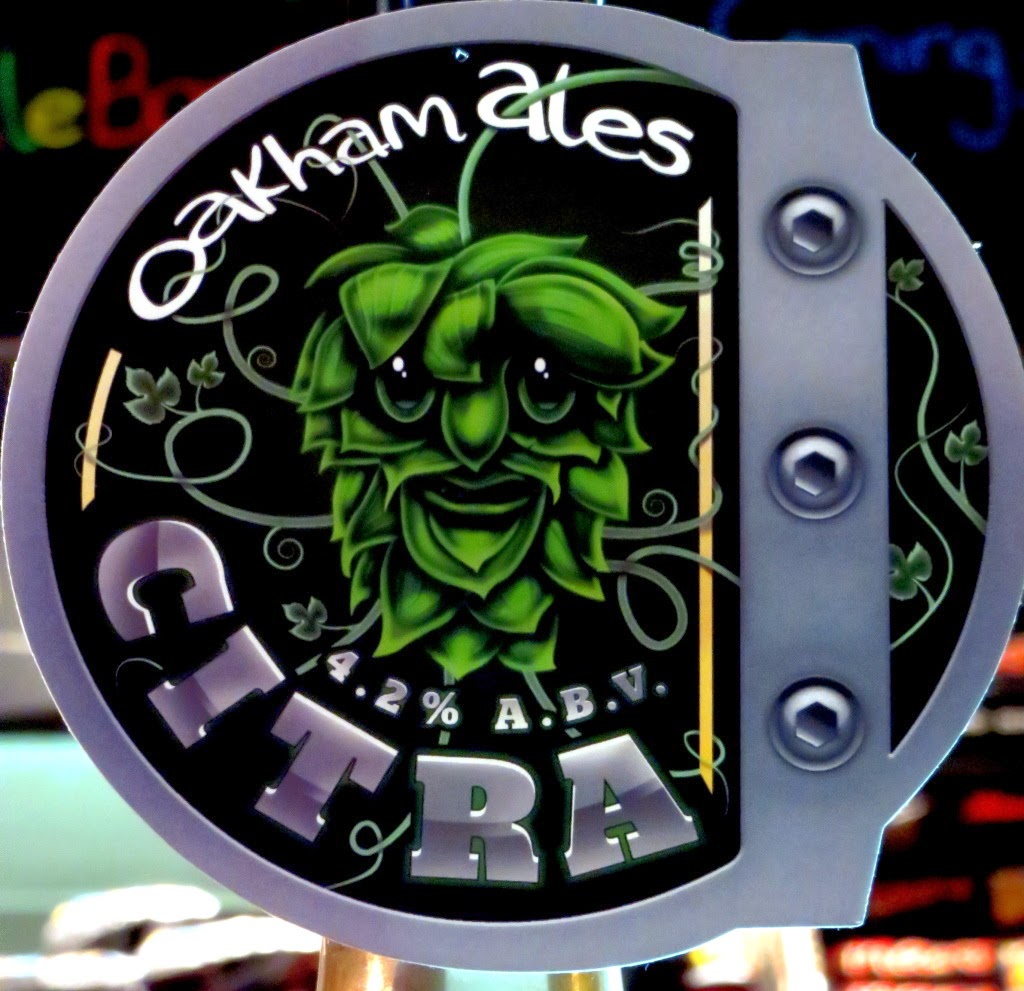 I rather like beer pump logos. They're an excellent little artform, and on occasion they completely transcend what they are - fairly throwaway advertising artwork - and become truly inspired miniatures. This is an example worth of Arcimboldo.

It's the logo for Citra, from Oakham Ales - a light, fruity, and very hoppy (that is, bitter) beer. It's named after the Citra Brand hop variety trademarked by the US hop-growing firm Yakima Chief, used by a number of craft brewers (see Hop Of The Week – Citra). It's the essence of this beer's intense and fruity bitterness.

The neat thing about the logo is that it's a cross between a hop (the seed cone of Humulus lupulus) and the archetypal Green Man of English mythology (see examples). To combine the two is so clever; it makes an image that's humorous, yet has real 'deeps'. The artist deserves commendation - it's a brilliant logo for a brilliant beer.