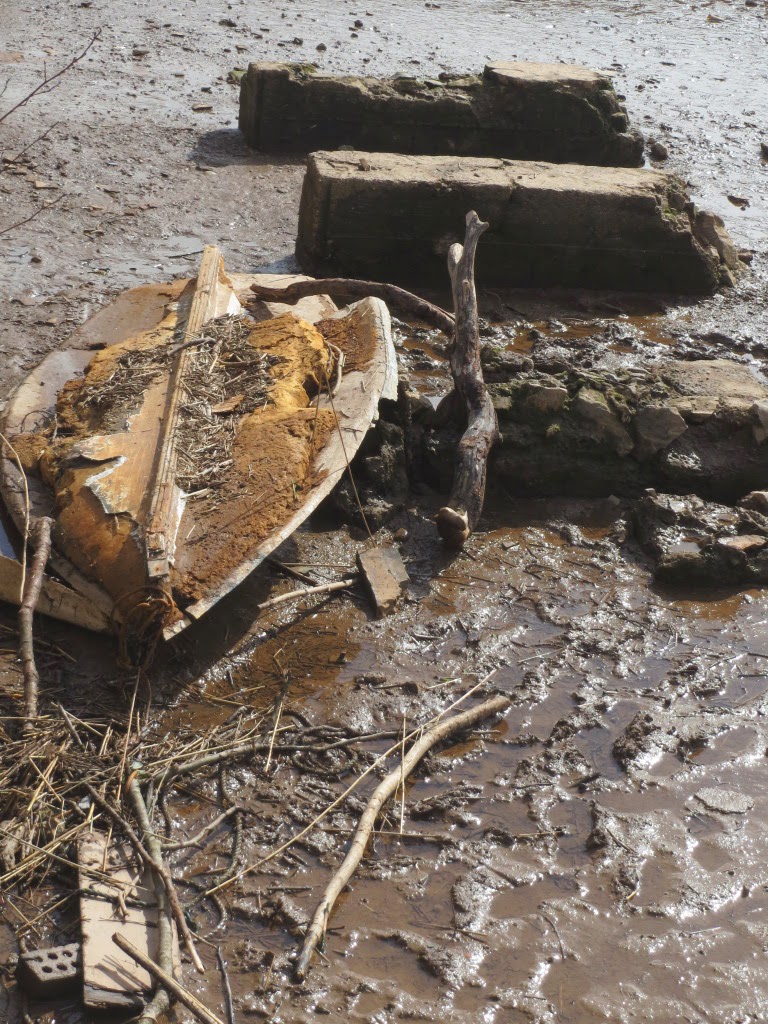 Following on from The Linhay on the Downs, here's another Henry Williamson story hacked out of Google Books snippet view, the 1927 The Firing Gatherer. First published in the magazine Time and Tide, it later appeared alongside The Linhay on the Downs in a 1929 limited edition hardback, then in Williamson's 1930 The Village Book. Williamson is best known as the author of Tarka the Otter, but his output was considerably more varied than nature stories.

You can get an idea of the scope of his work from the Wikipedia bibliography and the Henry Williamson Society. Unfortunately he's one of those authors who's far enough back to be out of fashion, but not far enough book for the majority of his books to be findable online - rare exceptions include the 1922 The Lone Swallows, and the 1941 Genius of Friendship (his memoir of his friendship with TE Lawrence). His experience of World War One contributed to a certain darkness of vision, as in The Linhay on the Downs, which tells of a dark afternoon of the soul when the WW1 veteran narrator and his female companion are caught in a storm, and find they're not alone in taking shelter in a linhay. The same, I think, applies to this shorter story: the poignant, yet darkly ironic story, of a fatally misguided labour of love.

I appreciate that the copyright is rather 'grey', but this story was published 85 years ago, and will otherwise largely languish in archive limbo.


THE FIRING GATHERER
by Henry Williamson

The last wave of the high tide leaves a wet riband above the smoothed sands - a riband of corks, seaweed and pine bark; corpses of gulls stricken by the peregrine falcons, of auks and guillemots and puffins smeared with dark brown oil-fuel; of sticks, tins and bits of boxes. At night the shore rats come down to the jetsam, sniffing for potato peel or cabbage stalk, and or cabbage stalk, and gnawing the bark of green ash twigs. The jetsam has its human prowlers too, who come for the driftwood for firing.
One old woman was to be seen on the beach (except on Sundays) almost as regularly as the lapse of the high water. She used to wheel a ramshackle perambulator down Vention Lane, leaving it at the bottom of the hill, where a ridge of loose dry sand was piled by the winds before the cottages of the deserted lime-kiln. Then with a sack over her shoulder she would traipse along the wavy edges of the tide-line, her feet sinking in the damp sand. If you followed her footmarks when she had gone home, you would see how one track wandered to distant objects which to her dim eyes had held the possibility of treasure – a broken lobster pot, a bottle, a paintpot, the embedded roots of a tree borne by floods to the estuary and carried along the coast,, a mattress or a straw palliasse, the swelled carcase of a sheep, a ship's fender, a round glass float of a submarine net - which were being rolled up 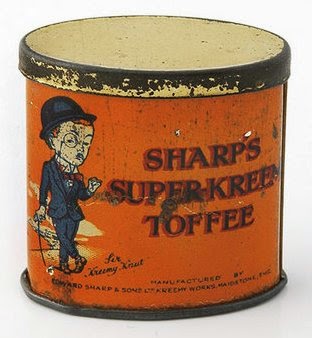 by the waves several years after the end of the Great War. The tracks of feet approached these unwanted objects, and branched away about fifteen paces from them, when the old woman's eyes, sunken in red fallen lids, had seen that they were not firing. Sometimes the footsteps circled an object that had aroused her curiosity: there she had stood awhile, speculating on the meaning or origin of a broken black rubber thigh boot, spotted with red repairing patches; or an oval tin with the figure of a dapper little man wearing bowler hat and eyeglass upon it. She could not read. The toffee tin had been picked up, carried a short distance, and cast away.
So she padded along the tide-line to the end of her daily prowl, a jagged mass of rock rising out of the sand, on which thrift and samphire grew with lichens, called Black Rock, where she would turn back, collecting the driftwood of broken boxes, herring-barrel staves, and sticks which she had claimed by flinging above the tide-line on her outward way. She was a shrivelled old woman, wearing a flattened shapeless hat that might in some past year have been found half buried in the sand. The torn folds of her many hanging clothes hid her like the black fragments of withered mushrooms. Her voice was a cawing whisper; her hands, with the long chipped nails, were more battered than the bits of roots and branches they grubbed up. She lived in the hamlet with her only grandchild, whose parents were dead, a beautiful fair-haired little girl, thin and shy as she peered through the curtains of the small closed cottage window, her eyes in her pale sharp face blue as borage flowers. To this little maid old grannie gave all life; every stick gathered and brought home was a token of hope. For the old woman believed that the child’s strength would remain and even increase only if she was always before a warm fire.
The little maid was usually behind the closed window: for Granmer was 'tumble afear'd' of cold air, and kept her well wrapped up beside the fire. If she sweated, so much the better.
Sometimes, when the sun laid a bright triangle over the threshold, I saw the child loitering by the open door, looking up at the gulls or curlews passing in the blue sky, or down at the fragments of mussel-shells and small brown pebbles set in the lime-ash floor by her feet. From the confining space of the cottage room she saw and wondered on many things. Even in the gentlest days there was a shawl hiding her mouth, so careful was Granmer.
Once a visitor told the old woman that it was the worst possible thing for a tubercular child to remain in a stuffy atmosphere, all her frail strength leaving her in perspiration; but Grannie would not listen to such clitter-clatter. She set her little dear in the tall-backed wooden chair before the wan yellow flames of the sullen driftwood fire; but it did not improve her. One evening she was “took turrible bad wi’ coughing”, and after that she was kept in bed; and out of this darker room “the dear Lord took her for His own purpose” soon afterwards.
The old woman pushed her rattling perambulator down Vention Lane as before, except that now she went every day (but never on Sundays), heedless of the stormiest weather. The front wheel spokes of her firing-carrier broke through the rims, and she fitted on the rusted spindles a pair of cast-iron wheels off a lawn-mower, and pushed the tilted perambulator front-to-back, to prevent it tipping out its load. Her outward track wandered more, and she remained longer staring at useless objects; and one day she was seen pushing the perambulator on, or rather through, the soft sand, in which the narrow rims of its tall wheels cut deep lines. She spoke strangely to some children, who laughed at her for a while, then became frightened and silent, and hurried home to tell their mother.
The old woman was found by the Black Rock, where she had fallen beside the perambulator, and they led her homewards, and put her to bed, and sent for the parish nurse. The perambulator was not worth fetching, but the children had fun with it, pulling it up the slopes of sandhills above the tide-line, and trying to ride down on it. Then they took it on the harder sand, and left it in the sea; and the tide came in and knocked it over, sands scoured and settled where tiny naked feet had jumped, and silted it up. By chance the waves of a later tide lifted it upright about the same time that its owner died; and in gentle summer weather the old wheels sank down, until only the handle of iron and cracked china were visible. This too vanished in time, leaving the wide shore to the gulls and the curlews, and the tide riband to the rats, whose feet and dragging tails left marks in the dry loose sand above, where grew the flowers of the sea-rocket, beautiful and sturdy in their native sunshine.