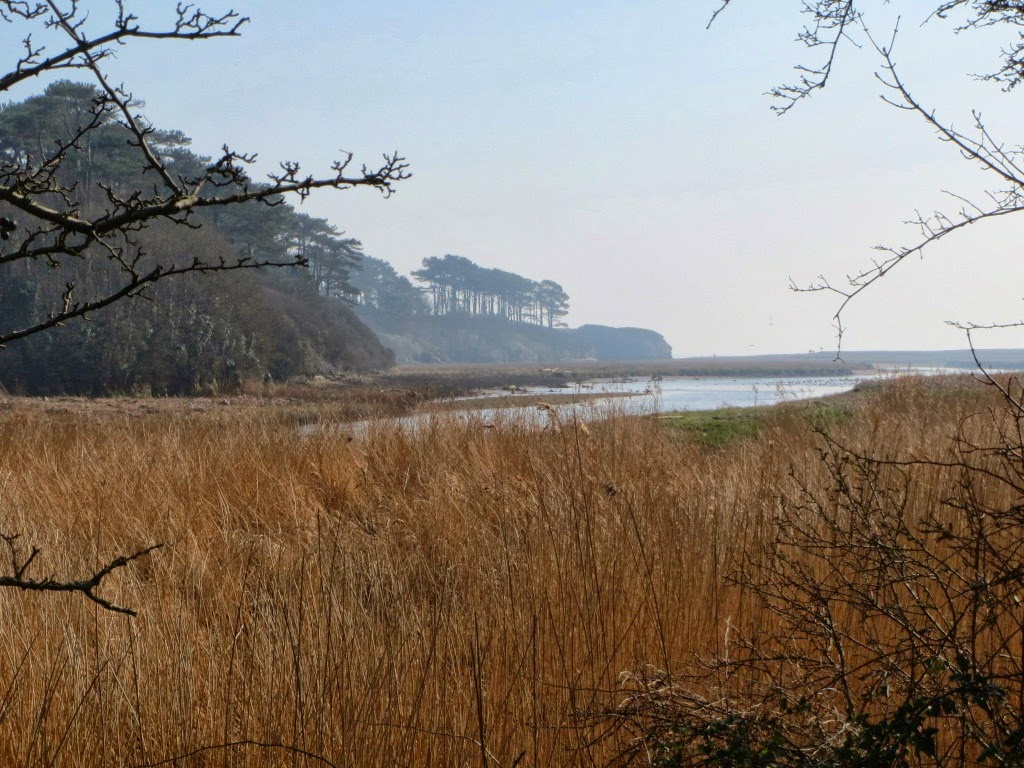 Another mild day, bright yet hazy: Clare and I went for the very gentle walk down the River Otter from Otterton to Budleigh Salterton, encountering a mathematican, some birds, and a painter.

Handily, the start and finish points are on the hourly 157 bus route between Exmouth and Sidmouth (via Budleigh, East Budleigh - the birthplace of Sir Walter Raleigh, Otterton, and Newton Poppleford). Otterton's fairly folksy, with its Mill near the river path - then it's a leisurely couple of miles down the Otter to Budleigh. See Walk 14 - A Potter Down the Otter at the Devon County Council site. 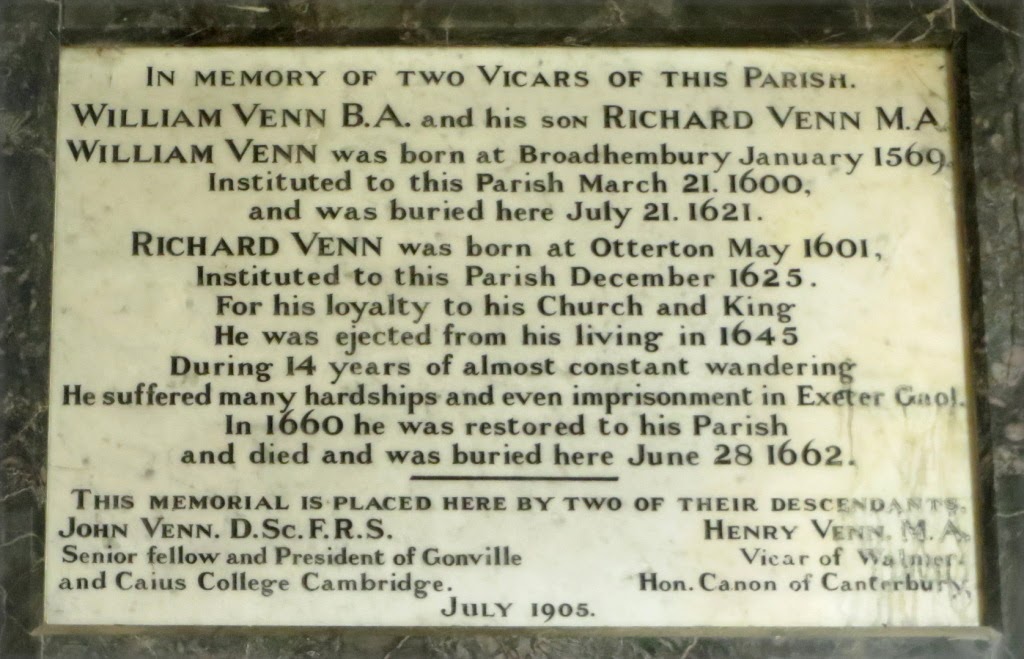 There are no doubt other interesting things about the church - but I recognised a name here: John Venn, D.Sc. F.R.S., at bottom left is the John Venn, the mathematician, logician and philosopher after whom the Venn diagrams used in symbolic logic are named (see Ptak Science Books, A Note on Venn and his Diagrams). Venn appears to have got heavily into his family history - hence the centuries-belated memorial - and wrote a book on it, the 1904 Annals of a clerical family, being some account of the family and descendants of William Venn, vicar of Otterton, Devon, 1600-1621 (Internet Archive annalsofclerical00vennuoft). It has a nice picture of Otterton bridge and St Michael's Church in 1902. 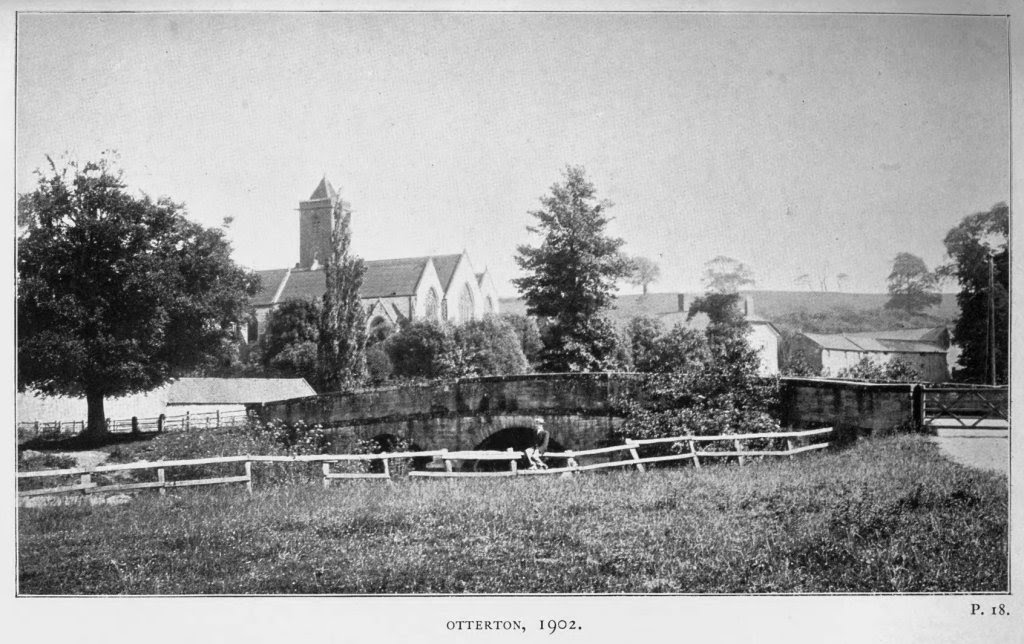 The river runs southward, the path on the farmed side of the flood plain, with a wooded river cliff on the other ... 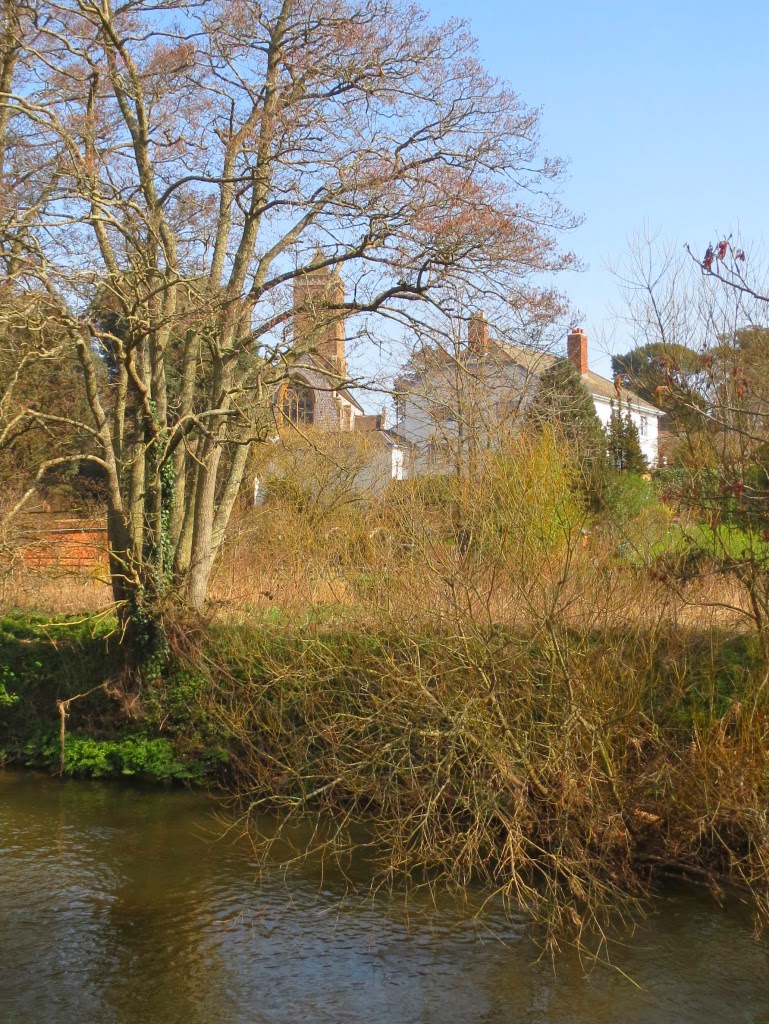 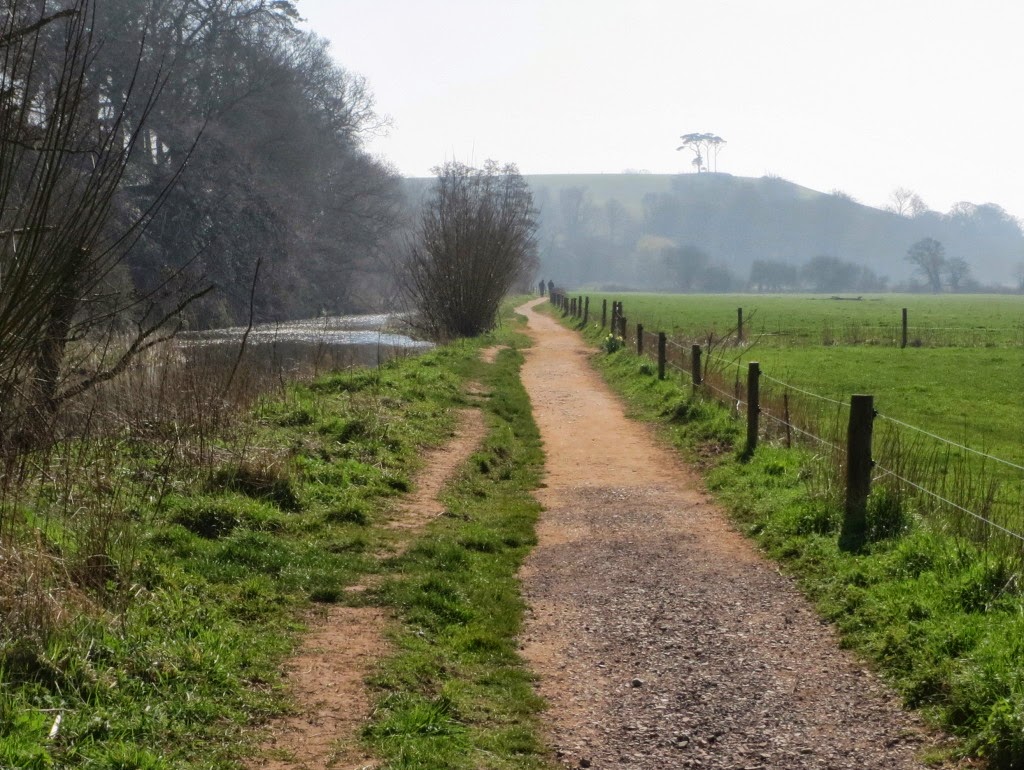 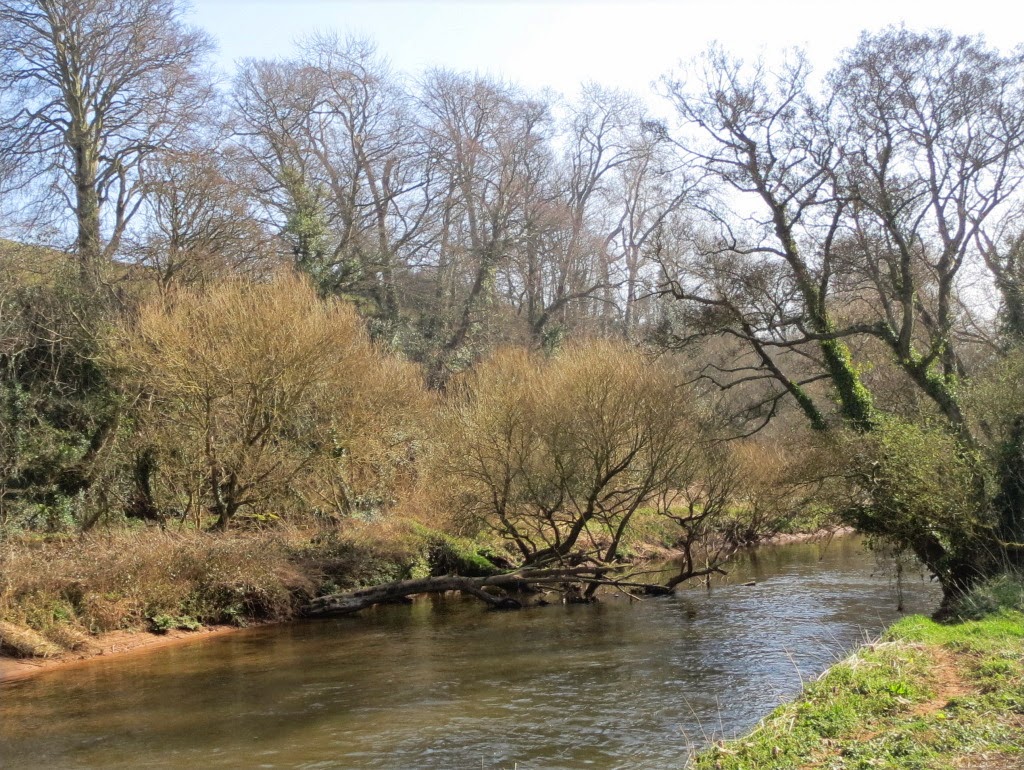 ... until you reach White Bridge, the lowest crossing point, where the Otter widens into marshes that are now a nature reserve. 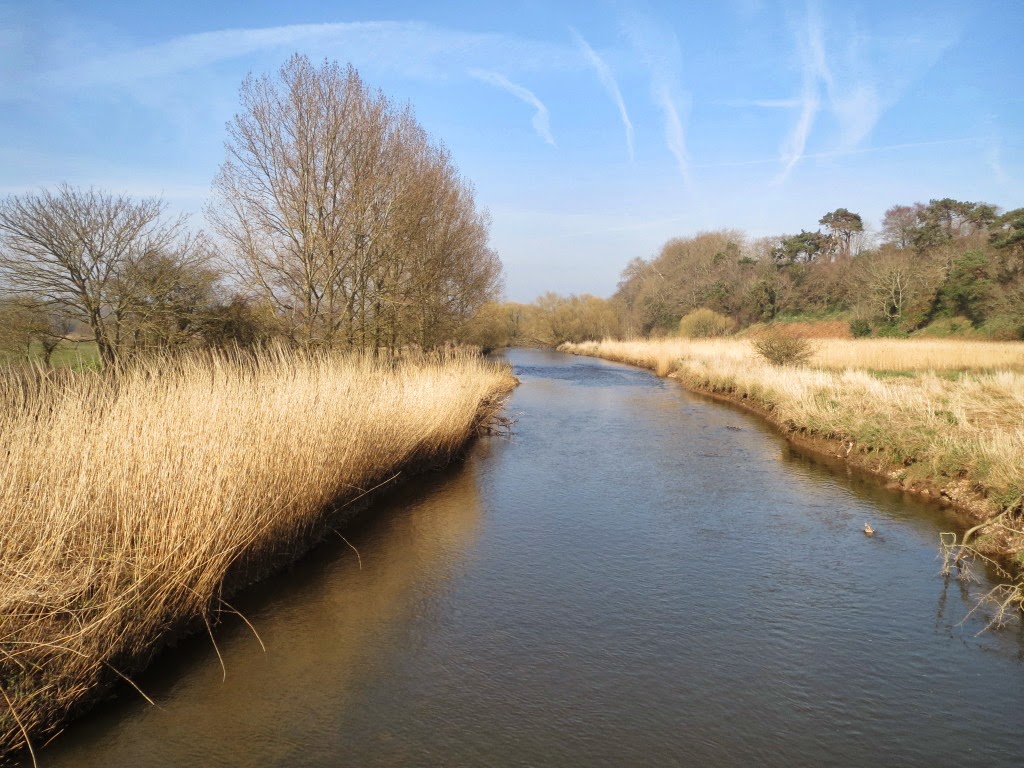 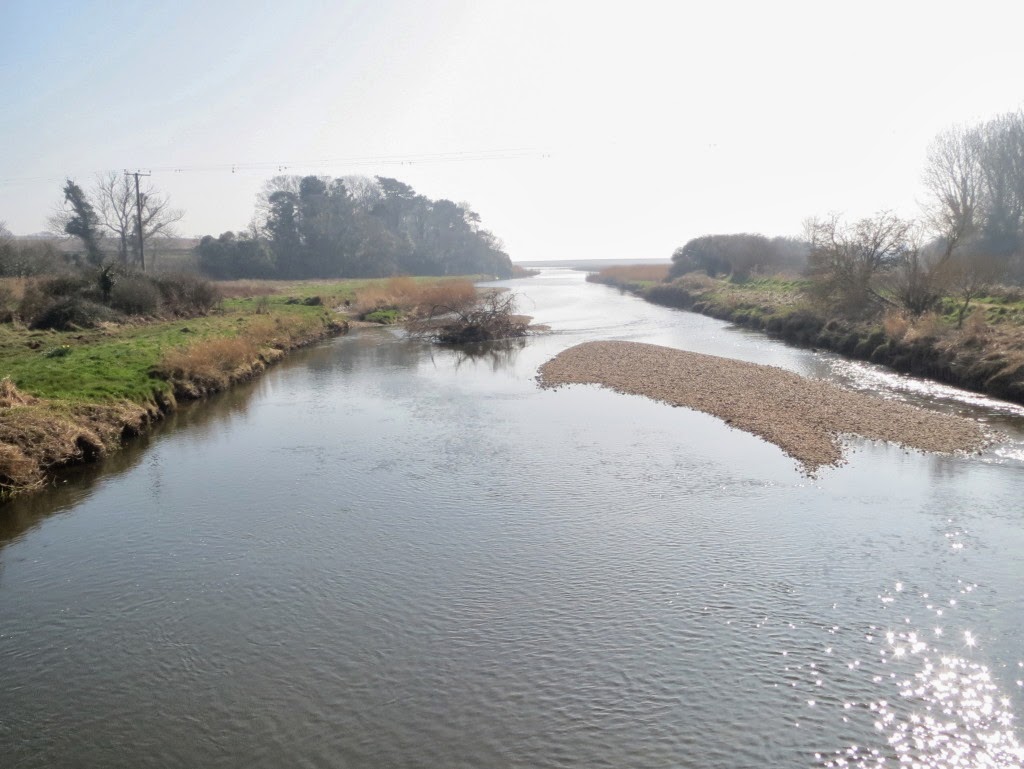 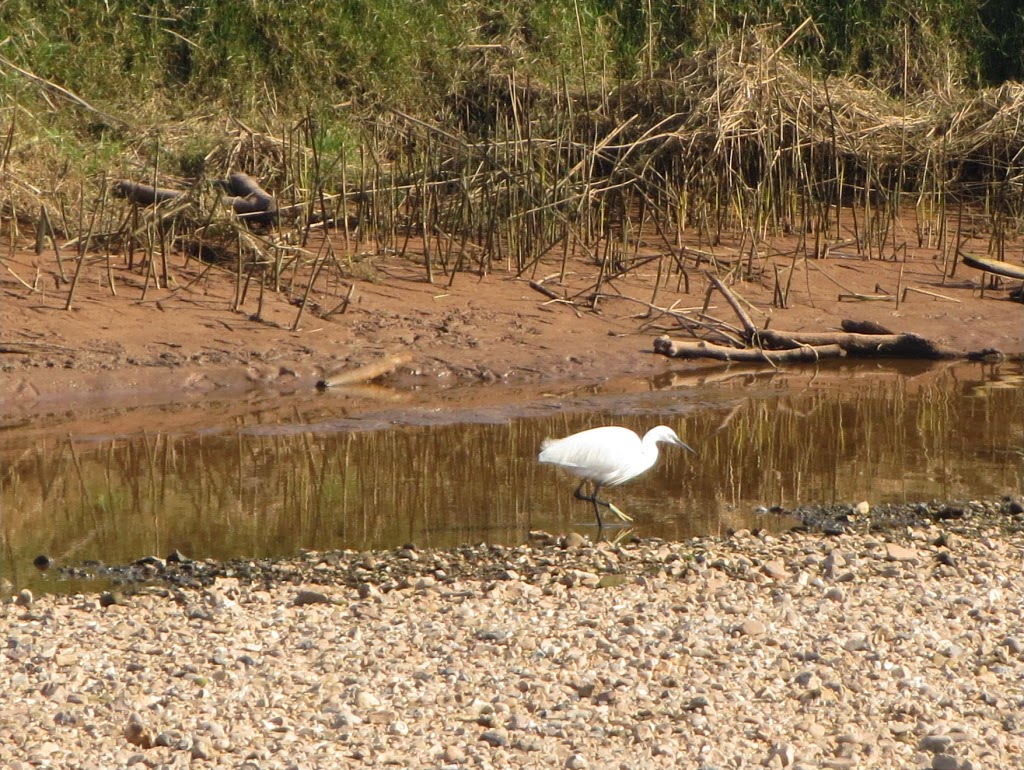 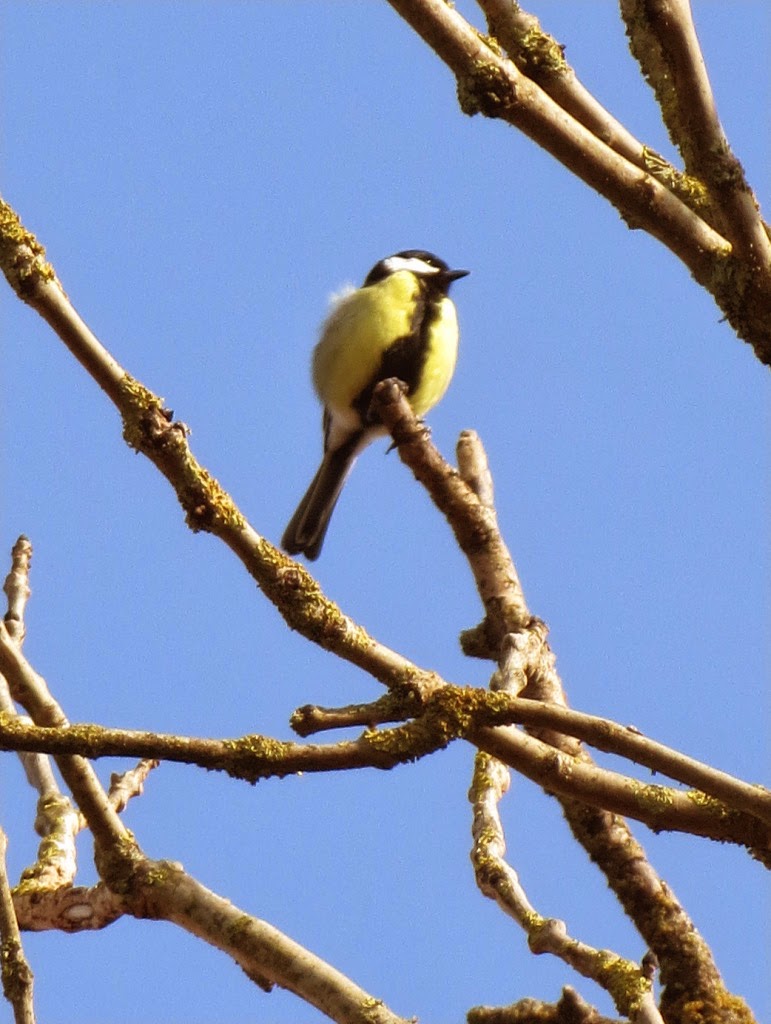 It finally reaches the sea at the distinctive tree-line and headland of Otter Head. 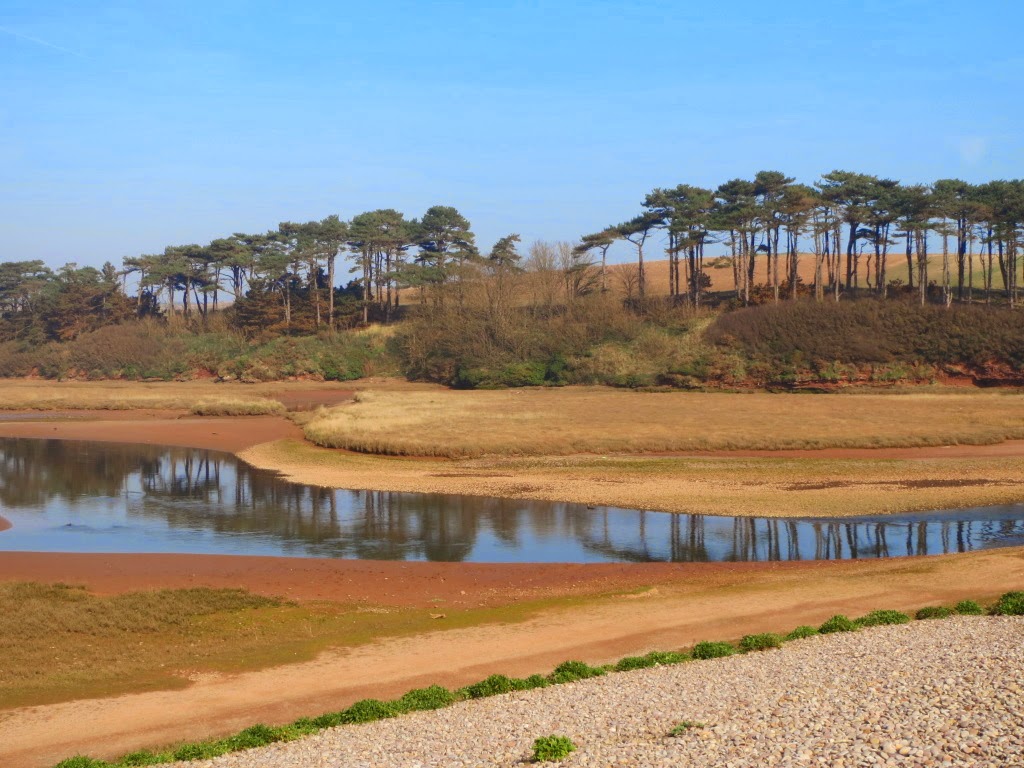 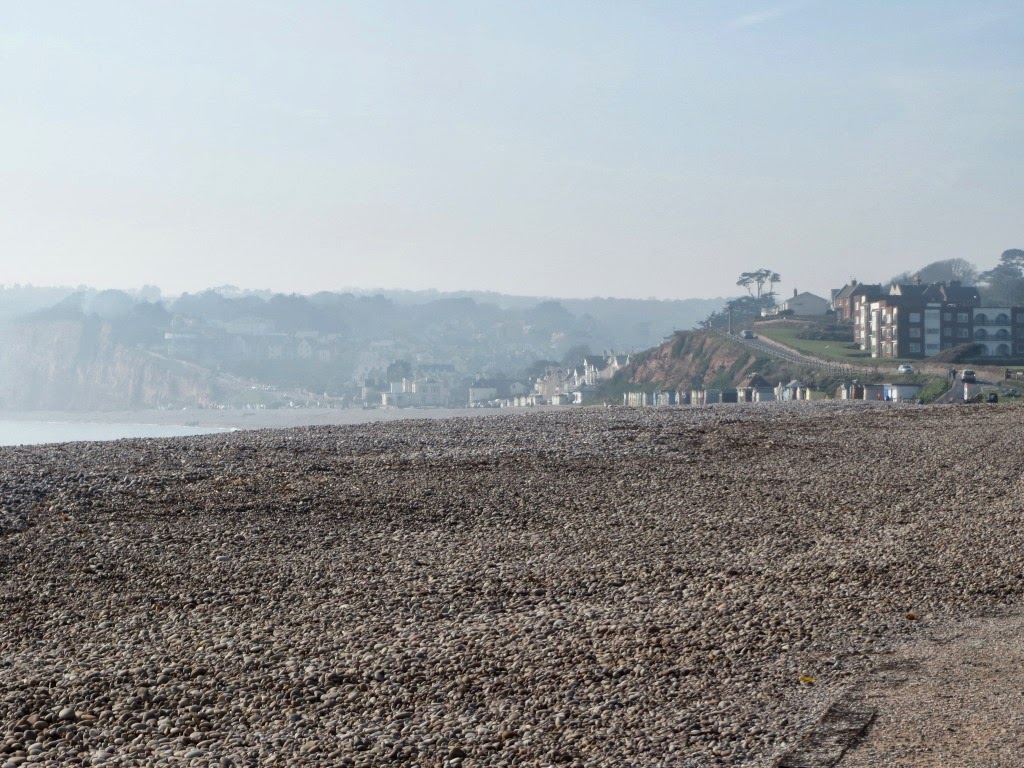 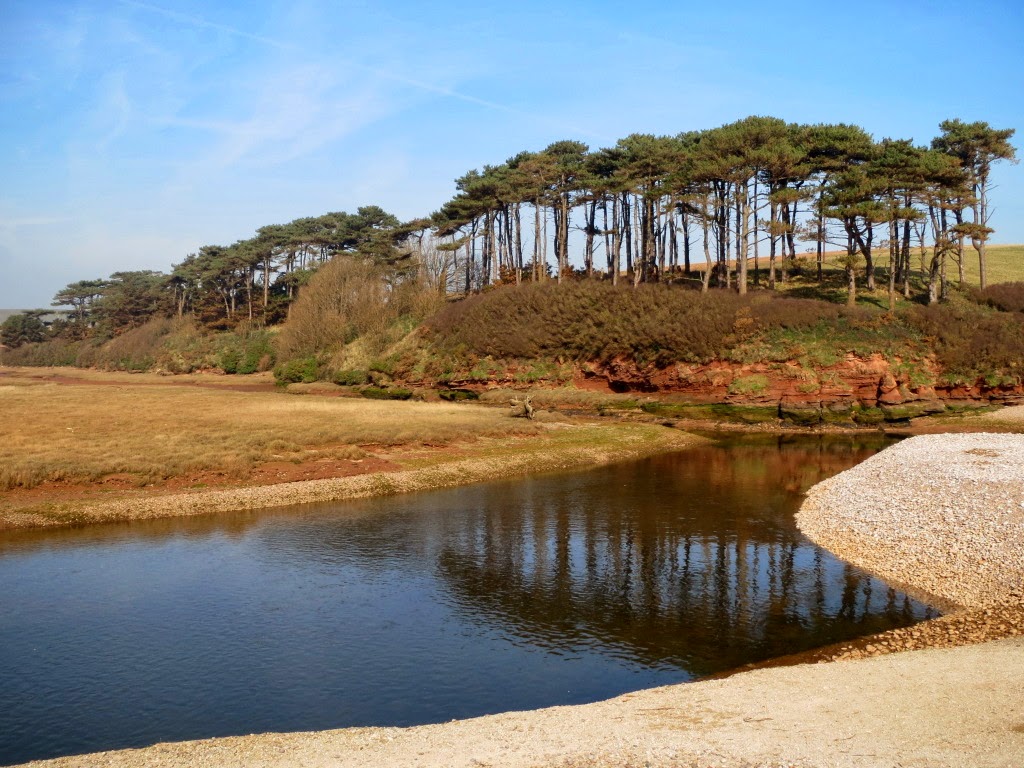 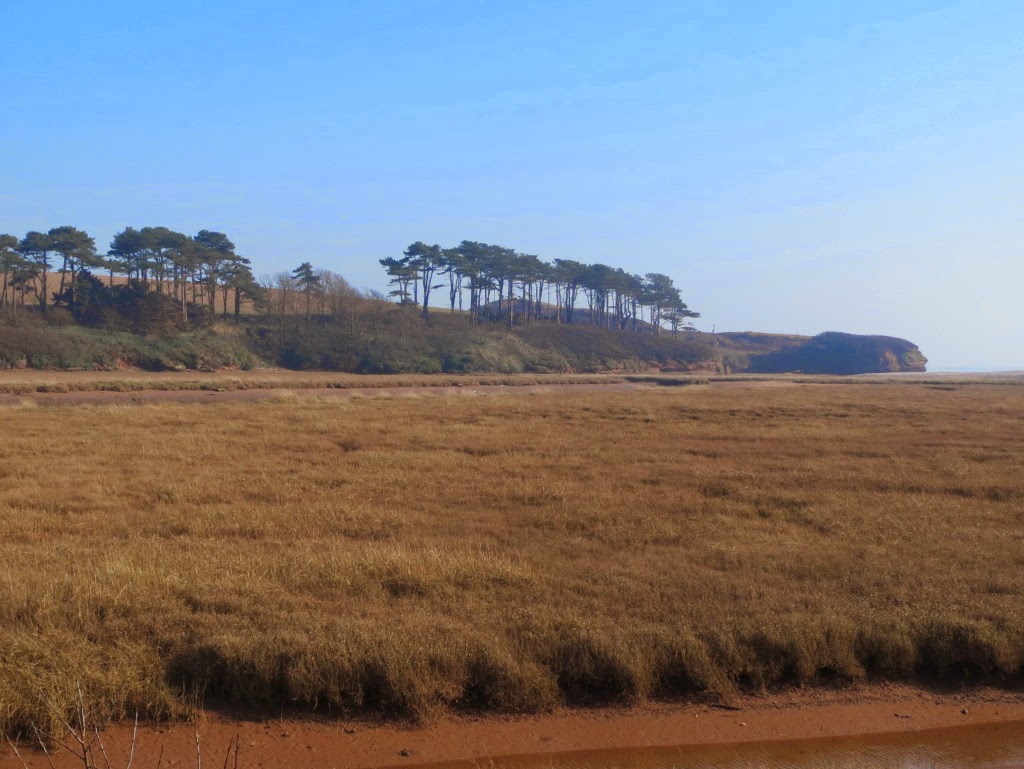 As I said, we're in Raleigh country, and this is the very headland that gets a tiny bit part in the classic painting The Boyhood of Raleigh, by John Everett Millais.


The Octagon, the house on Budleigh's Fore Street where Millais stayed when painting it, is blue-plaqued. 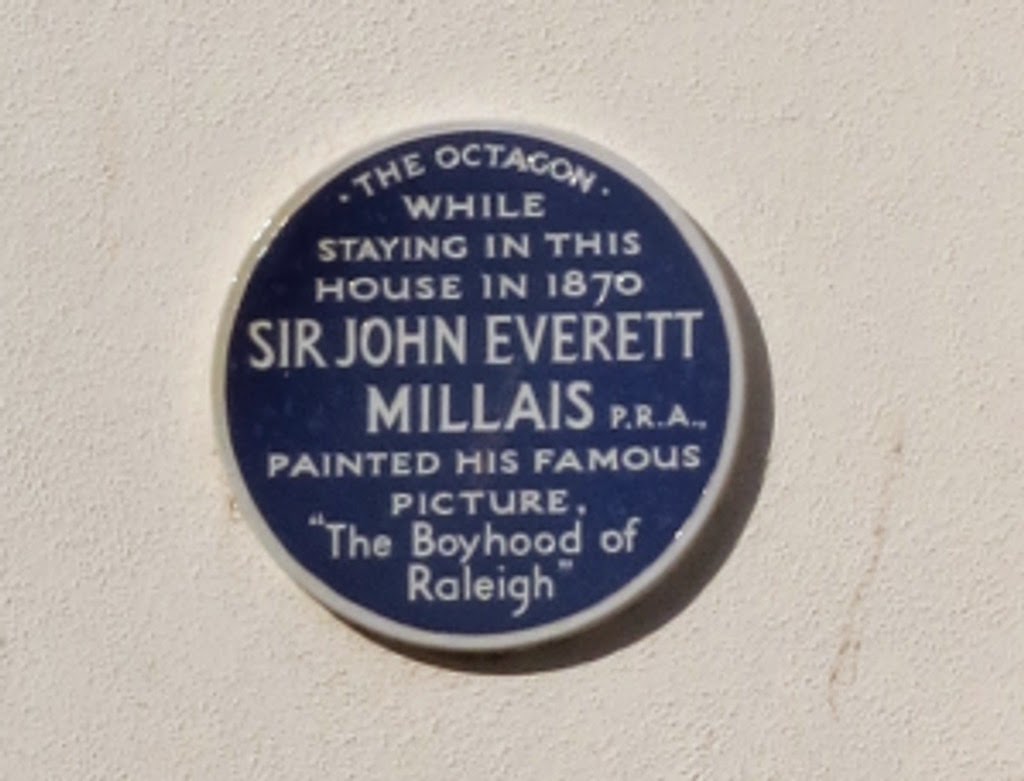 I've written about the coast around Budleigh several times before - see "Budleigh" in the blog labels - and taken some rather more energetic walks in the area.  But I admit I've never found Budleigh itself terribly engaging; my taste generally inclines toward the more bustling seaside towns, such as Teignmouth or Brixham - the kinds of place with lots of history and ambience, but nevertheless where you could get a tattoo, and have no problem finding a chip shop open, or even a Sub. That's not the style of Budleigh (even the archetypally retro Sidmouth is more cosmopolitan). But this time I was very content to go for a riverside stroll and chill out on a dazzling spring afternoon. 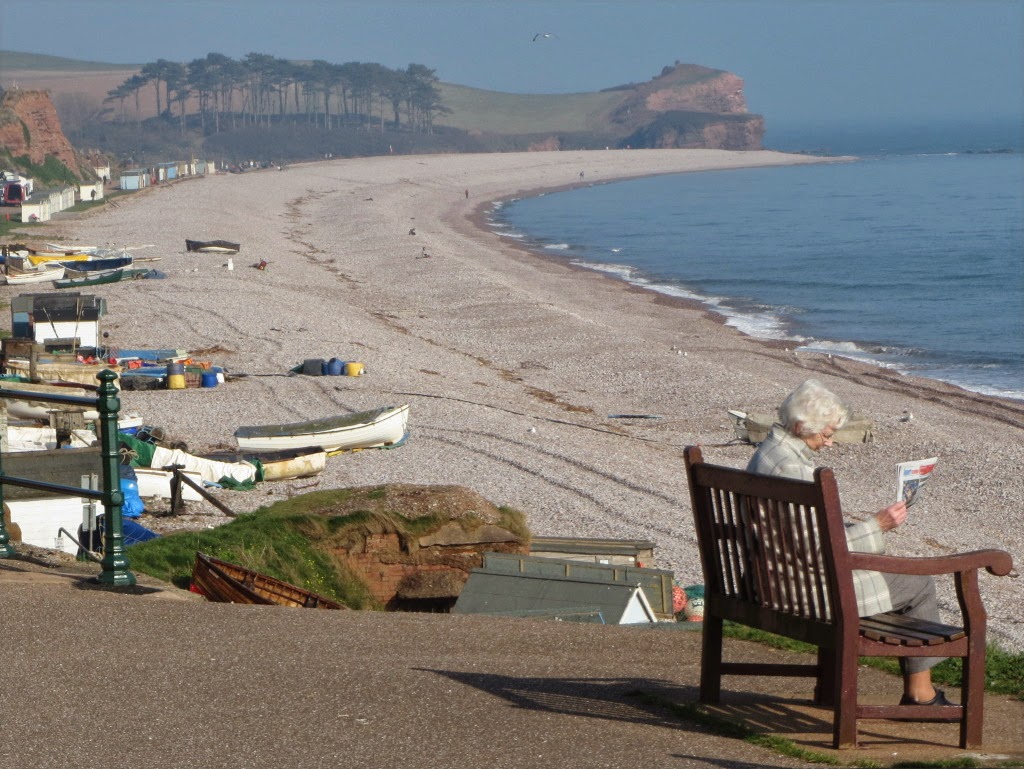